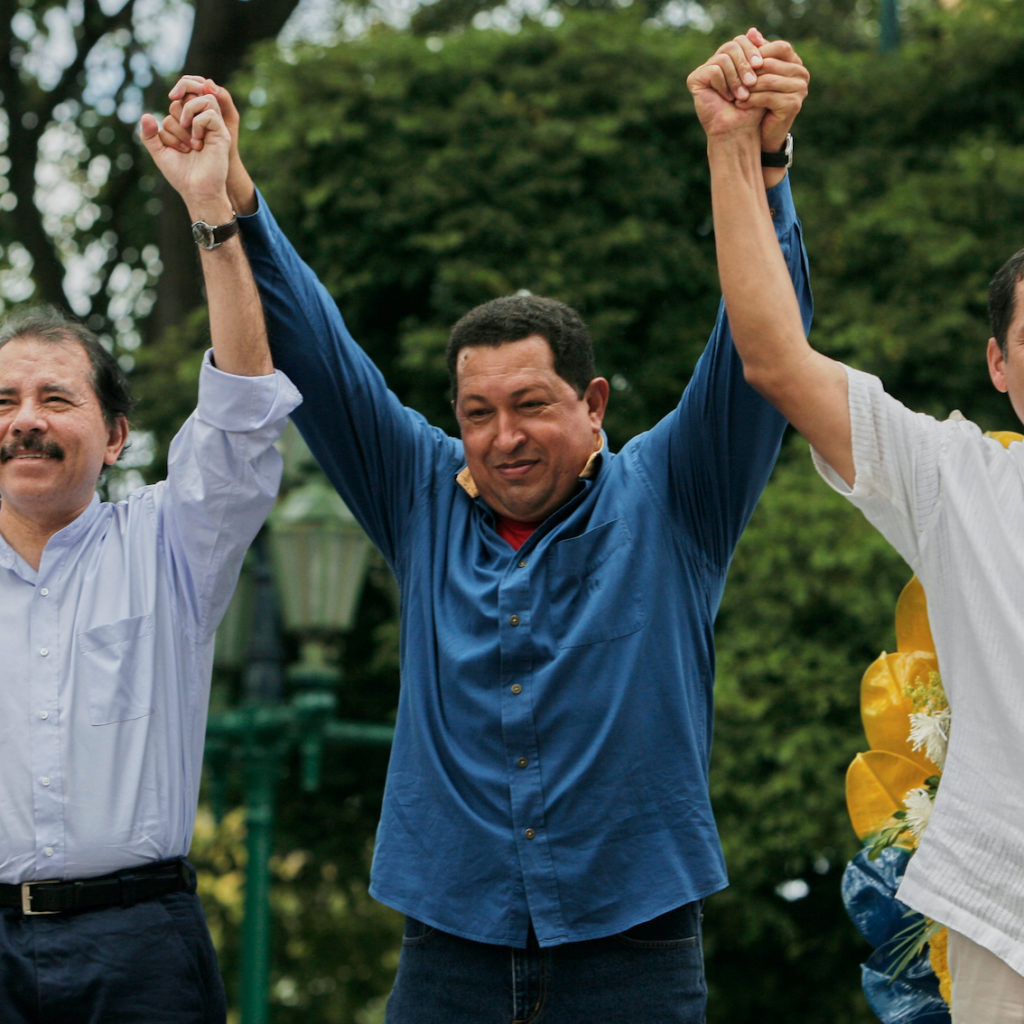 Socio-economic populism claims that the true people are honest, hard-working members of the working class, and outsiders can include big business, capital owners and actors perceived as propping up an international capitalist system, according to an article by Jordan Kyle and Limor Gultchin.

Beside of many other pretexts, populism can also be based on socio-economic arguments, which seek to divide citizens according to economic classes rather than culture, or on standard anti-establishment appeals, which emphasize purging bureaucracies of anti-regime elements. In this framework, according to Kyle and Gultchin, socio-economic populism does not constitute a specific package of economic policies, but rather paints the central ‘us vs. them’ conflict as between economic classes. Among socio-economic populists, there is a reverence for the common worker: The pure people belong to a specific social class, which is not necessarily constrained by national borders.

Similarly, supporters of socio-economic populism may be motivated equally by concerns about cultural exclusion and by economic anxieties, according to Kyle and Gultchin who say “socio-economic populism crested in 2011–2012, coinciding with the leftist turn in Latin America. Latin American politics was once dominated by right-leaning politicians such as Peru’s Alberto Fujimori and Argentina’s Carlos Menem; by 2010 the political scene was populated by left-wing politicians such as Argentina’s Cristina Fernández de Kirchner, Ecuador’s Rafael Correa, Venezuela’s Hugo Chávez, Nicaragua’s Daniel Ortega, Paraguay’s Fernando Lugo and Bolivia’s Evo Morales. Many socio-economic populists have been remarkably resilient in holding power. Chávez ruled for 15 years before dying in office; his hand-picked successor, Nicolás Maduro, then assumed control. Correa stayed in office for ten years, and Morales for 13.”

According to Kyle and Gultchin, a unifying characteristic of socio-economic populism has been bringing previously excluded segments of society into politics for the first time. Thailand’s former Prime Minister Thaksin Shinawatra is a prime example. He divided Thai society between the grassroots, nonprivileged rural population — who had never before been incorporated into Thai politics –and the elite aristocracy, royalists and urban middle classes. Morales is another example: he organized and activated Bolivia’s indigenous, rural farming population. However, it is important not to overlook the authoritarianism that can underlie socio-economic populism. Despite progressive rhetoric about political inclusions, socio-economic populists often severely restrict political competition, undermine political parties, and dismantle checks and balances.

“Although socio-economic populists have not been as successful in gaining control over governments in recent years as might be expected, left-wing populist parties are nonetheless shaping elections,” say the authors.

Meanwhile, according to an article by Gilles Ivaldi and Oscar Mazzoleni, the antagonism between the elite and the people in the economic populist frame has a strong moral and cultural connotation. Moreover, economic populism implicitly conveys a message of ‘nostalgia’ for the good ‘old times’, by referring to an idealized period when ‘real’ values, identity and economic well-being were predominant.

However, they say, “while a useful analytical tool, the concept of economic populism can be further developed and refined. Two important aspects in particular should be addressed. First, we need a better understanding of how right-wing populists construct their concept of the ‘people’ in socio-economic as well as cultural terms, and of the values, interests and identity that are attached to the ‘people’. Second, while economic populism primarily expresses the ‘vertical’ dualism between the ‘people’ at the bottom of society and the ‘elite’ at its top, we also need to conceptually integrate the ‘horizontal’ division between ‘us’ and ‘them’, which characterizes the defining nativist feature of RPPs and their mobilization of fears of ethnic and economic competition.”

They also add that “the concept of economic populism refers to the idea that the economic well-being of the ‘people’ is ignored or betrayed by the ‘elite’ and that it should be re-established, notably by means of restoring the nation’s economic sovereignty. This idea forms the basis of a common mobilization frame that identifies a problematic economic condition – the decline of the people’s well-being – and makes attributions regarding who is to blame – the elites.”

John Springford and Simon Tilford wrote in an article that while poor economic performance is clearly a cause of the rise in support for parties on the extremes, it is a necessary but not su cient condition for the ascent of nationalist populism. Stating that even the academic debate about the causes of populism has become polarized, with some insisting that economic performance is to blame and others claiming that cultural factors are responsible, they said that the economy has blown wind into the sails of pre-existing nationalist and anti-immigrant political movements.

Springford and Tilford said a research shows that economic slumps amplify the pre-existing tendency, among people who are already socially conservative and strongly opposed to immigration, to distrust establishment politicians and vote for more radical candidates. Poor economic performance tends to strengthen social conservatives’ distrust of parliaments, while liberal people are more likely to trust democratic institutions irrespective of economic conditions. “And, after recessions, countries in which people tend not to trust other citizens are more politically unstable: governments in Nordic countries, where people are more likely to say they trust one another, tend to stay in office after recessions, while those in Italy and the UK, where societies are less trusting, tend to fall,” they found.