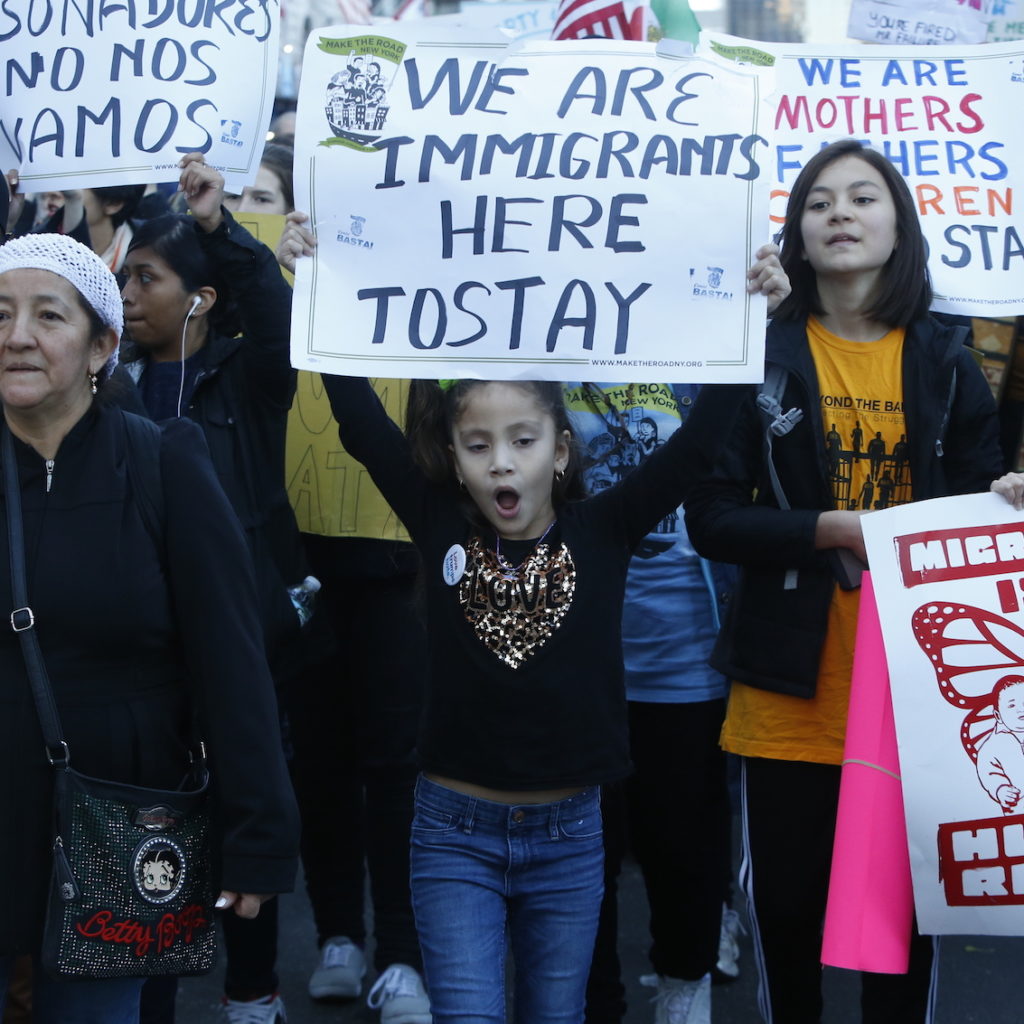 For right-wing populists in western world, ‘the others’ include immigrants first and foremost, but can also comprise ‘welfare scroungers’, regional minorities, those with ‘non-traditional’ lifestyles, communists, and so on.

The Others or The Outsiders

Populism is the combination of two claims, according to a report written by Jordan Kyle and Limor Gultchin, i) the people are locked into conflict with outsiders; and ii) nothing should constrain the will of the true people. Kyle and Gultchin also argue that populism varies according to the portrayal of which actors in society belong to ‘the pure people’ and which to ‘the outsiders’. Populism manifests itself so differently across contexts that it is hard to think about its effects on political institutions without taking these variations into account. “There are three broad ways of demarcating the people and the elite, frequently used by populist candidates and parties: cultural, socio-economic and anti-establishment,” say the authors.

According to the report, cultural populism claims that the true people are the native members of the nation-state, and the outsiders can include non-natives (immigrants), criminals, ethnic and religious minorities, and cosmopolitan elites. Cultural populism tends to emphasize religious traditionalism, law and order, sovereignty, and painting migrants as enemies. Socio-economic populism claims that the true people are honest, hard-working members of the working class, and the outsiders can include big business, capital owners and foreign or ‘imperial’ forces perceived as propping up an international capitalist system. Anti-establishment populism paints the true people as hard-working victims of a state run by special interests and the outsiders as political elites.

“Populists lay the blame for the crisis at the feet of the political class that failed to protect the people. They also group in other outsiders who are the targets of their exclusionary politics as beneficiaries of the crisis. For example, populist anti-immigration parties present national unity as an urgent crisis that must be addressed. While they blame political elites from mainstream parties for open immigration policies — and for denying the general will of the true people — they blame immigrant communities for benefiting too much from living in their countries, such as by allegedly profiting from welfare policies,” write Kyle and Gultchin.

“Performing a national crisis helps populists fully divide the people from the others,” according to Kyle and Gultchin who argue that “Populism draws an unbridgeable divide between the people and outsiders. The people are depicted as ‘morally decent, economically struggling, hard-working, family-oriented, plain-spoken, and endowed with common sense’. The people are defined in opposition to outsiders, who allegedly do not belong to the moral and hard-working true people.”

The report highlights three main strategies that populists use to stoke this insider-outsider division: i) a political style in which populists identify with insiders; ii) an effort to define and delegitimize outsiders; and iii) a rhetoric of crisis that elevates the conflict between insiders and outsiders to a matter of national urgency.

The people and their general will, according to the report, are defined in relation to outsiders. “Outsider status is targeted primarily at elites. The elites can include not only mainstream politicians and business leaders but also a cultural elite — cosmopolitans whose sense of identity is seen as unconstrained by borders and condescending towards the ways of life of the true people. The elite class is painted as part of a self-serving cartel that controls the apparatus of the state, including mainstream political parties and the bureaucracy,” states the report.

According to the authors, outsiders can also include immigrants, refugees, racial or religious minorities and criminals. Populists often explicitly affiliate these others with the elite. “In this sense, populism can exclude both the elite and marginalized communities in the same breath. Populism is defined not by who is targeted by the politics of anger and resentment, but by the fact that populists draw the line between insiders and outsiders in the first place,” they say. Because, the rhetorical division between the people and outsiders is a powerful political tool. It enables populists to tap into the politics of anger and resentment, and to activate citizens’ fears about losing status in their own societies. Once populists have defined the people and outsiders (and how outsiders imperil the nation), they claim that nothing should constrain the will of the true people.

On the other hand, according to a book collectively written by Carsten Reinemann, James Stanyer, Toril Aalberg, Frank Esser, Claes H. de Vreese, conceptualizations of ‘the others’ are, in theory, closely related to conceptions of ‘the people’. Therefore, ‘the others’ can be differentiated into the same subgroups. ‘The others’ are a specific social group, they cannot be ‘general or unspecified’. While exclusion of others is generally low across all countries, there were differences in how ‘the others’ were defined.

Similar to ‘the people’, ‘the others’ were most often defined in a political manner which refers to persons within their own country who are not legal citizens or who are excluded from the political function of the people (e.g., non-citizens). Exceptions were Israel and Bulgaria, where cultural (e.g., ‘oriental’) or religious (e.g., ‘Muslims’) conceptualizations of ‘the others’ were more important, as well as France, where ‘the others’ were mostly defined in geographical terms (e.g. ‘foreigners’). Economic (e.g., ‘the poor’) or legal (e.g., ‘criminals’) reasons for the exclusion of ‘others’ were very seldom found… In addition, religion played a more important role in the definition of ‘others’ than of ‘the people’ in most countries, whereas economic differentiations were more relevant for ‘the people’ than ‘the others.’

‘The others’s identity, as a central element of the right-wing populism, differs from case to case, but they are not homogeneous group. Rather, they are made up of those whose identity, behavior, or beliefs preclude them from being considered part of the natural community formed by the people. For right-wing populists in Western Europe, ‘the others’ include immigrants first and foremost, but can also comprise ‘welfare scroungers’, regional minorities, those with ‘non-traditional’ lifestyles, communists, and so on.

Racism and the role of imaginary others in Europe — Catarina Kinnvall, (2017) Nature Human Behaviour, 1.

We Talk about the “Others” and You Listen Closely. The Extreme Right Communication on Social Media — KLUKNAVSKÁ Alena, HRUŠKA Matej; Problems of Post-Communism, 2019, volume: 66, edition: 1, DOI

Tsagkroni, Vasiliki & Lazaridis, Gabriella. (2015). ‘Modern Day Blackshirts’: The strategies of hate against the ‘other’ in Greece and the UK’. Journal for the Critique of Science, Imagination, and New Anthropology.

‘Us’ and the ‘Other’: How populists continue to hijack religion,” MARZOUKI, Nadia, MCDONNELL, Duncan; October 15th, 2018, https://blogs.lse.ac.uk/religionglobalsociety/2018/10/us-and-the-other-how-populists-continue-to-hijack-religion/

Gabriella Lazaridis & Vasiliki Tsagkroni (2015), Modern Day Blackshirts’: The strategies of hate against the ‘other’ in Greece and the UK, Journal for the Critique of Science, Imagination, and New Anthropology.