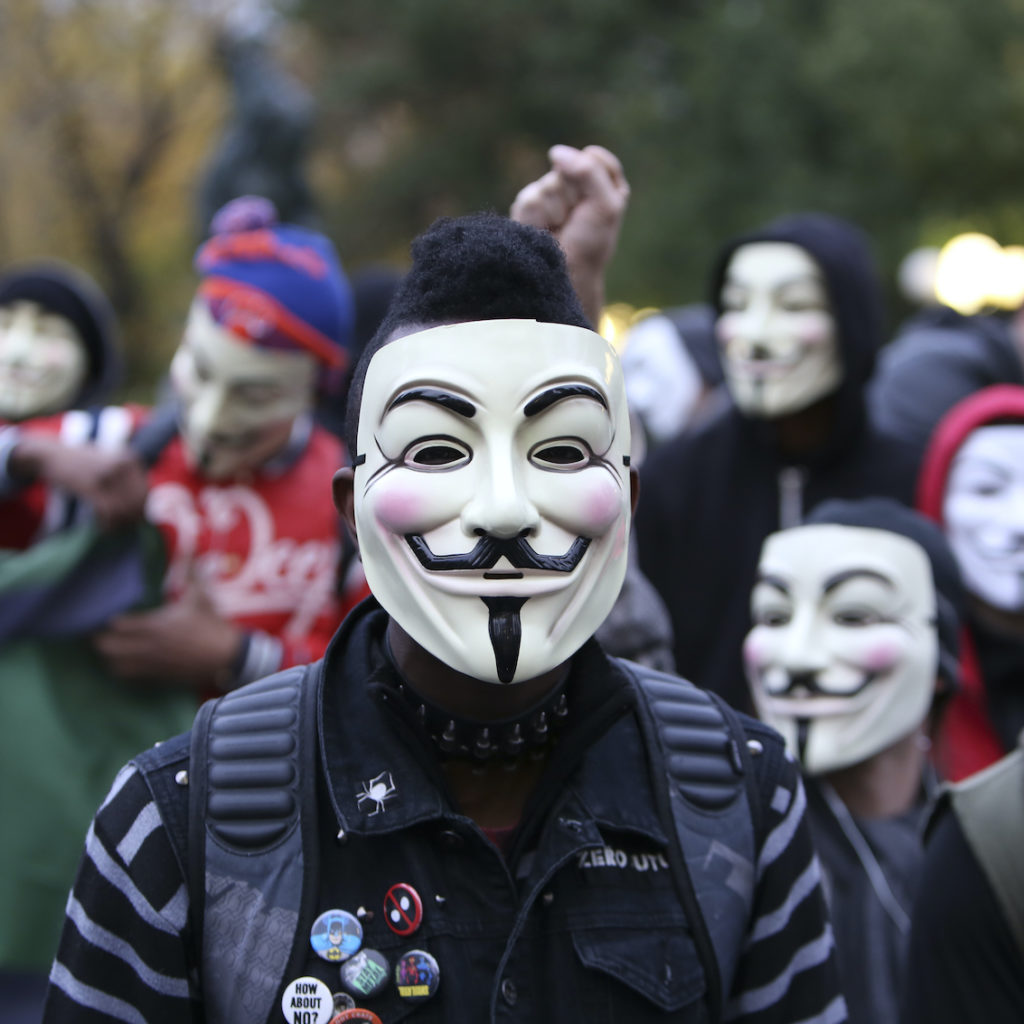 Actually, an anti-establishment view or belief is one which stands in opposition to the conventional social, political, and economic principles of a society. The term was first used in the modern sense in 1958, by the British magazine New Statesman to refer to its political and social agenda. Anti-establishmentarianism is an expression for such a political philosophy. In 2011, with the rise of anti-austerity protests, the Arab Spring, online activism like ‘Anonymous’ and the advent of the Occupy protests targeting the power of high finance and fighting for ‘the 99 percent,’ anti-establishment thought has reappeared. The sinister Guy Fawkes mask made famous by the film V for Vendetta has become an emblem for anti-establishment protest groups.

According to a study conducted by Werner Krause and Aiko Wagner, self-proclaimed populist challengers to the ‘establishment’ have taken hold in many European countries. But what lies behind the success of these parties? Their study shows the reasons for voting for populist parties vary systematically with the degree of establishment of these parties. If citizens distrust national parliaments and believe the political mainstream is not responsive to their interests, then they may be more likely to support new populist parties. But established populist parties do not benefit from these attitudes.

“Populist parties present themselves as regulating forces in the face of supposedly alienated modes of political decision- and policy-making. A central reason for the rise of these parties – so a corresponding widespread argument goes – is a growing discomfort of voters with the political elite, its responsiveness and the mechanisms of representation of liberal democracy. Populists are thus frequently identified as potential defenders of the will of the people in representative democracy. From this perspective, one would expect that negative attitudes towards current mechanisms of representation are the lowest common denominator of populist parties’ supporters,” write Krause and Wagner.

Moreover, according to an article by Peter Ucen, populism in East Central Europe (ECE) should be treated as a dynamic phenomenon in which radical ideological components are becoming overshadowed by pure anti-establishment appeal. “The ECE populism’s strong anti-establishment posture is based on blaming the post-communist mainstream for its political and moral misconduct rather than on the challenges inherent in the democratic transition,” he writes.

Ucen also asserts that many tend to see populist movements as efforts to alter fundamentally the existing political and social paradigms. “Indeed, populist parties in ECE during the 1990s advocated several radical ideologies, including socialism, authoritarianism, and nationalism. However, since the turn of the century, these themes seem to have given way to a new, ‘centrist’ form of populism that channels its anti-establishment zeal into party platforms of government transparency and accountability. New populism is essentially an ideology in the service of a power-seeking political strategy,” he states.

To Ucen’s article, in a true populist vein, their tough anti-establishment appeal is directed against all previous configurations of the ruling elite (although in some cases, proponents of the new anti-establishment politics may have been part of this elite). “Dominance of anti-establishment posture over ideology in political projects,” according to Ucen, “may be the grounds for considering them the ‘purest’ populist parties, since they are almost completely unencumbered by ideological constraints, and are therefore free to tell the voters what they want to hear (and maybe even more importantly, avoid telling them what they do not want to hear). In other words, it is possible to see them as a moderate manifestation of populist ideology, only lightly attached to more complex ideologies and indulging themselves primarily in the critique of the establishment.”