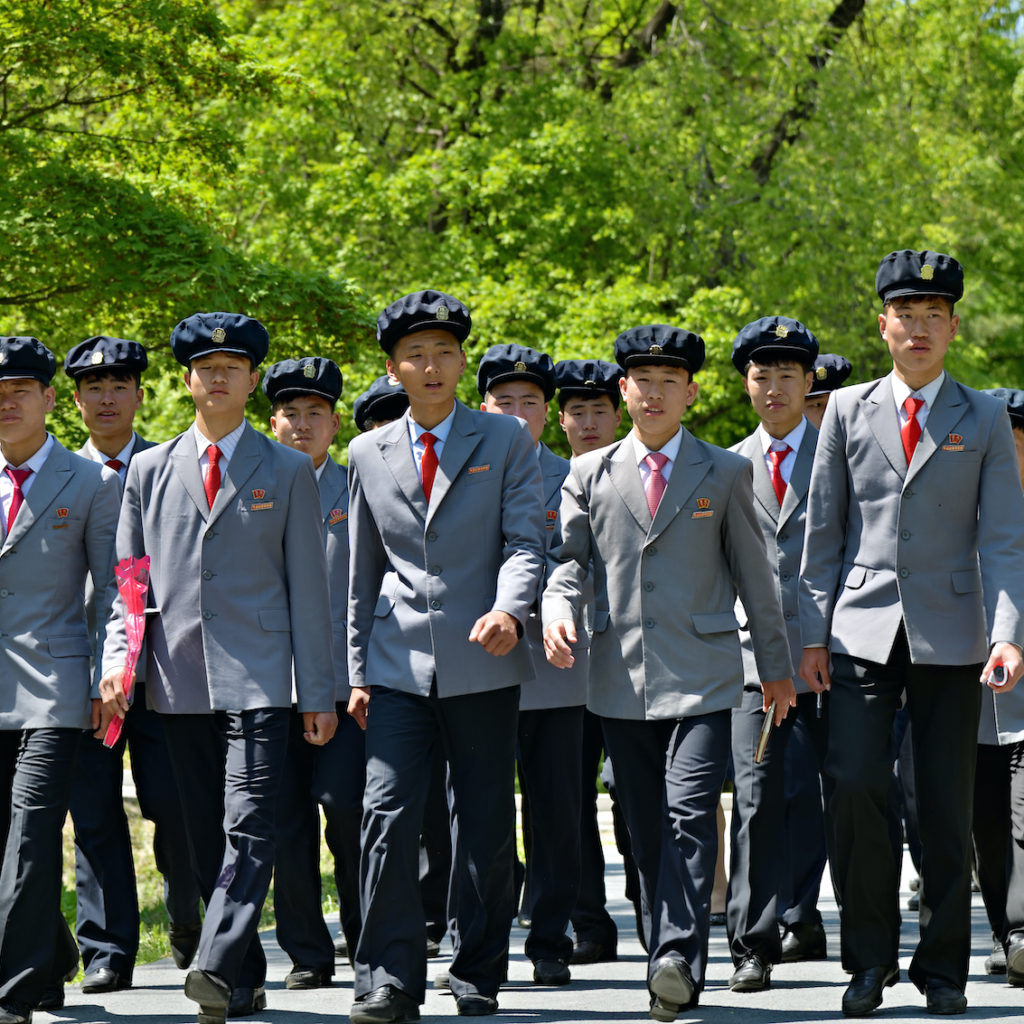 A group of North Korean workers in identical suits marching along the road in Pyongyang on May 1, 2019.

Anti-pluralism is defined by David Brooks in an article as a reaction against the diversity, fluidity and interdependent nature of modern life. According to the article, anti-pluralists yearn for a return to clear borders, settled truths and stable identities. The struggle between pluralism and anti-pluralism is one of the great death struggles of our time, and it is being fought on every front. Brooks argues that anti-pluralism comes in many shapes. Trumpian nationalists, authoritarian populists and Islamic jihadists are different versions of anti-pluralism.

Meanwhile, Ben Crum draws attentions in an article to the normalization of anti-pluralist populism and the potential threat it poses to democratic pluralism in Europe. According to the article, it is a phenomenon that applies to a much wider range of European countries, including for instance France, Germany, Austria, Finland, and Denmark. Saying that populism is rather about a certain style of politics and the underlying understanding of the nature of democratic politics in pluralist societies, Crum adds “Populists distinguish themselves because they rely on a moral notion of a homogenous and pure people that is united by a single common identity and interest, and it is them – the populist politicians – who represent, articulate or even embody, this single united interest.”

“By implication, populists challenge a pluralist understanding of modern societies in which it is natural that multiple competing interests and identities co-exist. Instead, you are either with or against the people,” says Crum and continues “As Jan-Werner Müller puts it: ‘populists consistently and continuously deny the very legitimacy of their opponents (as opposed to just saying that some of their policies are misguided)’. What is more, and indeed fundamental, is that Müller adds that in their denial of the legitimacy of political alternatives, populists are ultimately ‘willing to risk a crisis of liberal democracy [i.e. the basic political structure/constitution] itself’.”

On the other hand, according to an article by Fred Bauer, with William Galston’s terms, the key premise of populism is a divide between the virtuous and homogeneous ‘people’ and the uniformly wicked ‘elite’. In its insistence upon homogeneity, populism is inherently anti-pluralist. It risks ignoring liberal protections for individual rights and substitutes the rule of ‘the people’ for the liberal constitutional order.

Meanwhile, Jan-Werner Müller, who was cited in an interview done by Niels Boel, Carsten Jensen and André Sonnichsen, argued that populism is always detrimental to democracy in at least two ways. i) It follows from its anti-pluralism that populists assert that all other contenders for power are essentially illegitimate. Again, this is never just a matter of disagreement about policy, which is of course perfectly normal in a democracy. No, the populist immediately claims that the issue at stake is entirely moral; and they make everything into a personal question: the others are bad characters, they are corrupt, they are crooked, they don’t work for the people, they work for the multinationals, or the EU, or what have you. ii) All those who do not share the views of the populist can have their status as properly belonging to the people put into doubt. Thus, populists always perform two exclusions. One is at the level of the elites – that is, party politics, professional politicians, and so on. The other is at the level of the people themselves.

Müller argued further that that is, populists claim that some citizens are not really part of the people. Donald Trump said in 2016 that “The most important thing is the unification of the people and all the other people do not mean anything. That’s what I am talking about.” All the others, even if they have an American passport, do not truly belong, or so the populist decrees. So, it is not just anti-pluralism at the level of elites; it’s also anti-pluralism among the people themselves.