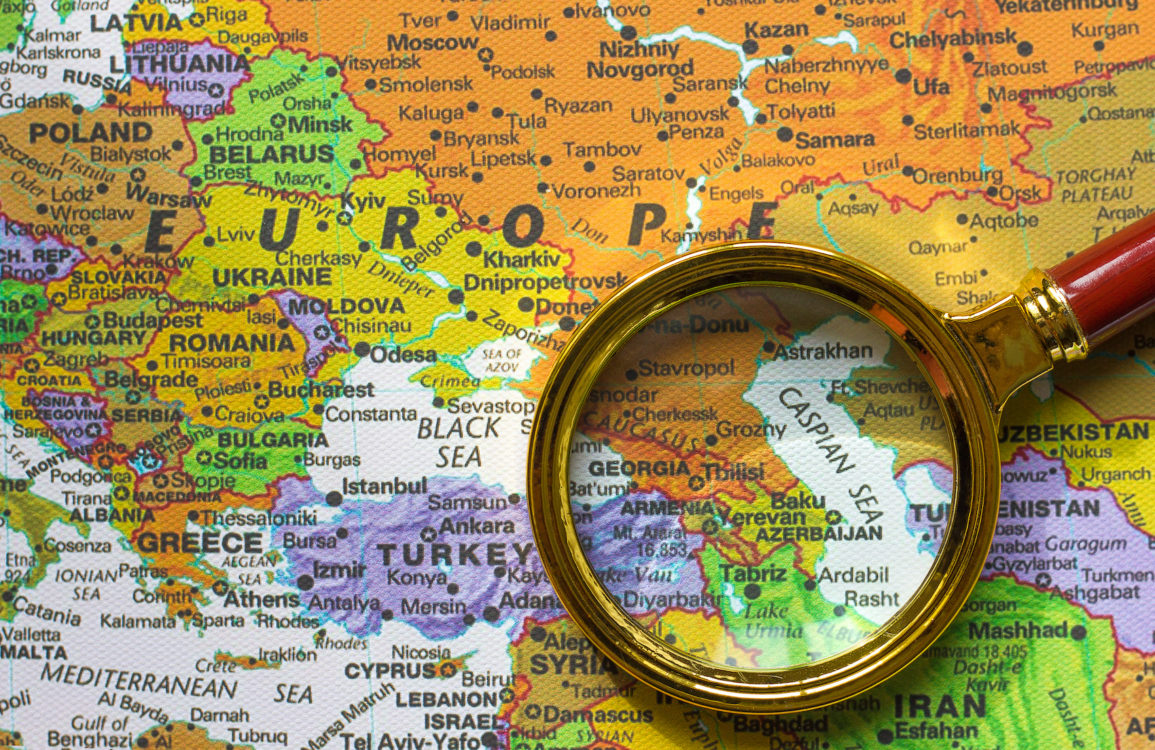 Ilham Aliyev has been President since 2003. He was preceded in office by his father and used his father’s image and policies to consolidate his own power. Having established himself as a strongman, he now uses ethnic nationalism to remain his grip over the country. By waging a successful assault against an old enemy in Armenia, he has become a national hero, one that Azerbaijan needs for its “survival.” Today, Azerbaijan has seen decent economic development yet remains virtually devoid of strong opposition parties and civil society. Nationalism and ethnocentrism allow for the systemic oppression and “otherization” of opposition groups.

Azerbaijan holds the rare distinction of gaining its independence from the Russian Empire in 1919. However, it was soon integrated as part of the Soviet Union (USSR). The region historically has been part of the world’s most culturally rich and diverse empires, such as Sassanid Iran, Caucasian Albania, the Mongols, Seljuks, Safavids, Ottomans, and Russians. Azerbaijan is dotted with various world heritage sites.

While most of its populace is Muslim, it has a diverse ethnic-lingual population. The Soviets sought Azerbaijan as prized territory due to its natural resources of crude oil and natural gas, which played an important role in the development of the USSR. These industries were of key support to the Soviets during the Second World War, as it provided abundant source of energy.

The country gained its independence at the end of the Cold War, a few months before the dissolution of the Soviet Union. Its freedom struggle was overshadowed by the events of Black January, which led to the massacre of innocent Azerbaijani civilians. When the country became an independent republic on October 18, 1991, it entered a period of severe turmoil. The First Nagorno-Karabakh war broke out between Azerbaijan and Armenia, a conflict that has only intensified over the years. Massive ethnic cleansings have occurred on both sides. The casualties were high, and the displacement of millions traumatic.

The time following independence was also marked by a power struggle between the military and the democratically elected leadership. In fewer than three years, the country’s first elected president, Abulfaz Elchibey, was deposed by a military coup. Heydar Aliyev, a former Soviet official, emerged as the new leader. Promising to bring stability, he formed the New Azerbaijan Party (YAP). YAP and the Aliyev family have since held a supermajority in the country’s parliament. Their power has remained consolidated within a small group of political elites.

The Aliyev family has been able to maintain social order by providing the people “stability” in the economy and internationally. This has helped YAP justify its digressions from the democratic path. The country’s rich resources of fossil fuels provide it with a stable asset for export. The government has also tried to export agriculture to markets in Europe and Asia. In more recent years, public support for commerce has been high, as the country is trying to expand its service sector through activities such as banking, tourism, etc. (World Bank, 2021). The oil resources have enabled the country to invest in infrastructure development. The State Oil Fund of Azerbaijan has funnelled money from the fossil fuel industry into socio-economic projects across the country.

While Azerbaijan is nominally a multiparty democracy, it suffers under a highly authoritarian style of governance. The press, media, and other groups such as nongovernmental organisations (NGOs) are not allowed to operate independently or freely (Human Rights Watch, 2019). Political oppression of the opposition is the norm, and the Aliyev family uses its offices to expand its power. This has allowed for the leadership to tamper with the law in favour of the ruling party (Human Rights Watch, 2019).

Being a former state of the USSR, the anxieties surrounding security and the survival of the newly independent nation have become the driving force of populism in the country. For instance, when Heydar Aliyev was sworn into office during his first term, his oath explicitly addressed the “security” of the country. He prioritised and positioned security before even economic development. The quest for independence ran deep within the collective memory to the Azeri public. The ethno-territorial conflict over Nagorno-Karabakh further adds to this nationalism-driven populism. Aliyev’s speeches prey on this fear, and he presented himself as a safeguard. He said, “ensuring the security, territorial integrity, and sovereignty of Azerbaijan and helping the country to end the war” were his top agenda items (Heydar Aliyev Heritage International Library, 1993).

His reformist promises featured constitutional changes that focused on divorcing from the country’s Soviet legacy. The people were promised a way forward for liberal democracy and human rights. In his first term, Aliyev prioritized these issues by taking steps such as the creation of an Omnibus law on human rights. The government banned capital punishment. Azerbaijan was active at improving bilateral ties beyond Russia, including with more pro-democracy countries like the United States. Aliyev brought reforms to find new trade markets as neoliberal reforms were introduced (Kauzlarich, 2015). These reforms made Aliyev a popular leader. His vison for Azerbaijan, in his own words, was “based on Western values, including democratic pluralism, the free market economy, and a secular republic that respect (sic) universal human rights” (Kauzlarich, 2015).

His reforms and security-driven nationalism ensured a second term in the office. As the conflict with Armenia was drawing down, Aliyev’s position as a strongman was even more favourable. His rhetoric endowed the people with a feeling of security. During his second term in office, other political parties were severely marginalised – supposedly for the good of the nation. Simultaneously, changes were made to the constitution, increasing the powers of the president and allowing the office to curtail civil society and media freedoms (Kauzlarich, 2015).

The promise of a Western-styled democracy never manifested. Azerbaijan has maintained its position as an increasingly single-party-led authoritarian government. When Aliyev’s health crumbled, his son, Ilham Aliyev, was made the head of YAP and he later became president; he’s been in office since 2003.

To legitimize Ilham’s presence in office, several measures have been taken. First, since the death of Heydar Aliyev, his family has created a personality cult around him. Through the funding of buildings, educational institutes, and various funds, the narrative has increasingly positioned him as a strongman father figure of an infant nation. This glorification legitimizes his son’s rule; the younger Aliyev is shown following in his father’s footsteps. There are statues of the father Aliyev in most towns. Giving him a heroic significance has allowed YAP to shy away from his, and his son’s, autocratic tendencies (Sassounian, 2018).

A prime example of this is the Baku-based Heydar Aliyev Centre. The accentual centrepiece was created by the late architect Zaha Hadid. The design earned her international acclaim.  For the Azari people, it is a symbol of pride and progress, achieved by their nation’s father (Wainwright, 2014). However, like Aliyev’s superficial charm, the iconic architectural centrepiece is founded on a story of deep oppression. The acquisition of land for the centre was carried out by forced eviction through displacement with unfair compensation. Local media was unable to cover the full extent of the incidents because it isn’t allowed to cover “anti-government” actions (Wainwright, 2014).

Under the second Aliyev, media suppression is even worse. Laws have been passed to monitor and control NGO activities; many of these organisations have been positioned as “threats” to the “national interests.” The “threats” posed by media, NGOs, and the opposition were used to set the backdrop for a constitutional referendum in September 2016. The referendum passed, ensuring there is no age limit for key officers in the presidential and parliamentary offices. Following the referendum, several journalists who questioned the government’s actions for lack of transparency around elections have been either jailed or silenced by coercion (Human Rights Watch, 2019).

Ilham Aliyev has been using ethno-nationalistic populism to justify his actions. For instance, the poor café owners who are being pushed out of the highly gentrified areas of the major cities are cast as a “hindrance in the ‘development’ of the nation.” At the same time, the deaths on the Nagorno-Karabakh front are justified as “martyrs.” Aliyev the son has described the nation as the “best,” “strongest,” and “freest” nation in the world (Midas, 2016; Desimone, 2013).

Aliyev has also promoted ties with ethnically similar Turkey and its Islamist populist leader Recep Tayyip Erdogan (Huseynov, 2019; Midas, 2016). This alliance further consolidates the ethnic hegemony in the country and region. Aliyev has made opposition to him “disloyal” or claims it is connected to “foreign” elements. By banning groups like Azad Fikir, he’s “otherized” those who think critically. Azeris at the war front have been portrayed as “heroes killed by Armenians” while Aliyev deflects attention from the forced military service imposed on thousands of reluctant young men (Desimone, 2013).

Ilham Aliyev and his party reached the peak of their popularity after the 2020 Nagorno-Karabakh war. With the aid of Erdogan, the Azeri forces were able to reclaim some of the formally lost territories. Throughout the conflict, Aliyev used rhetoric that incited jingoistic feelings in the masses. For instance, he said, “we are chasing them like dogs,” awhile bombings of civilian locations led Armenian civilians to retreat from “liberated” zones (Samadov, 2020). The Azeri narrative of ethnic-nationalist populism has helped Aliyev secure another term in office.

This victory has brought two fundamental changes in the political landscape. At home, Aliyev has now outshone his father’s shadow. He is now the “Victorious Supreme Commander in Chief,” who has delivered national security from the country’s number one enemy, Armenia. The evolution of populism from “reformist nationalism” to “ethno-centric nationalism” is easily traceable in the three decades of Aliyev leaderships (Synovitz, 2020).

At home, this has muffled opposition parties who have traditionally used YAP’s inability to resolve the Nagorno-Karabakh conflict against the ruling party. Ultra-nationalistic and centre-right parties such as REAL, led by Ilgar Mammadov, are left without a line of attack following the recent triumph (Synovitz, 2020). On the international front, Azerbaijan has strengthened its hand by establishing close ties with Turkey and partaking in a trans-populist movement that seeks to “glorify” the region. While Erdogan’s version of populism is based on Islamism, Aliyev uses ethnic nationalism. His views are reflected in his victory speech following the Nagorno-Karabakh conflict, delivered with Erdogan at his side: “This unity will allow us the opportunity to revive the liberated lands and return our internally displaced people to those lands as soon as possible… the Karabakh region, our beautiful historical land, will be reborn, revived, and revitalized,” (Synovitz, 2020).

As a post-Soviet state, Azerbaijan had the opportunity to embark on the road to democratization. While YAP promised a liberal democracy, thirty years later, the spirit seems lost. The Aliyev dynasty runs a de-facto single party state. Azerbaijan is now a pseudo democracy. The country’s fear of survival and need for stability and progress have plunged it deeper into a populist government’s hands. The regime has effectively and progressively consolidated power over state apparatuses, media, and civil society. Its nationalism has evolved from being progress driven to security driven. With increasing support for the regime from powerful neighbours such as Turkey, it is unclear if Azerbaijan will be able to achieve its goal of democratization.

Desimone, H. (2013). “Radical thinking in the Caucasus: an interview with a member of the resistance movement in Azerbaijan.” Open Democracy. July 13, 2013. https://www.opendemocracy.net/en/can-europe-make-it/radical-thinking-in-caucasus-interview-with-member-of-resistance-/ (accessed on January 7, 2021).

Kauzlarich, D. R. (2015). “The Heydar Aliyev Era Ends in Azerbaijan Not with a Bang but a Whisper.”  Brookings. January 13, 2015. https://www.brookings.edu/opinions/the-heydar-aliyev-era-ends-in-azerbaijan-not-with-a-bang-but-a-whisper/ (accessed on January 7, 2021). 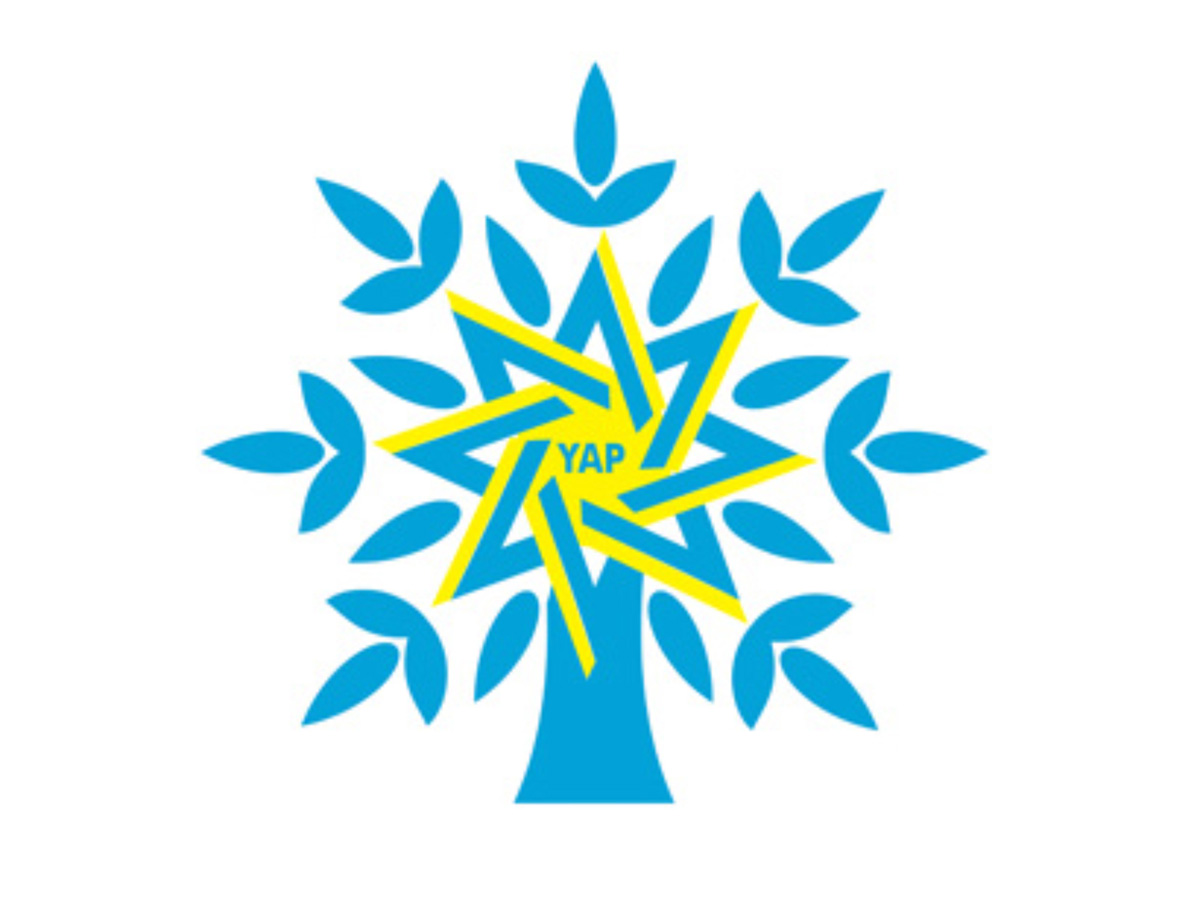