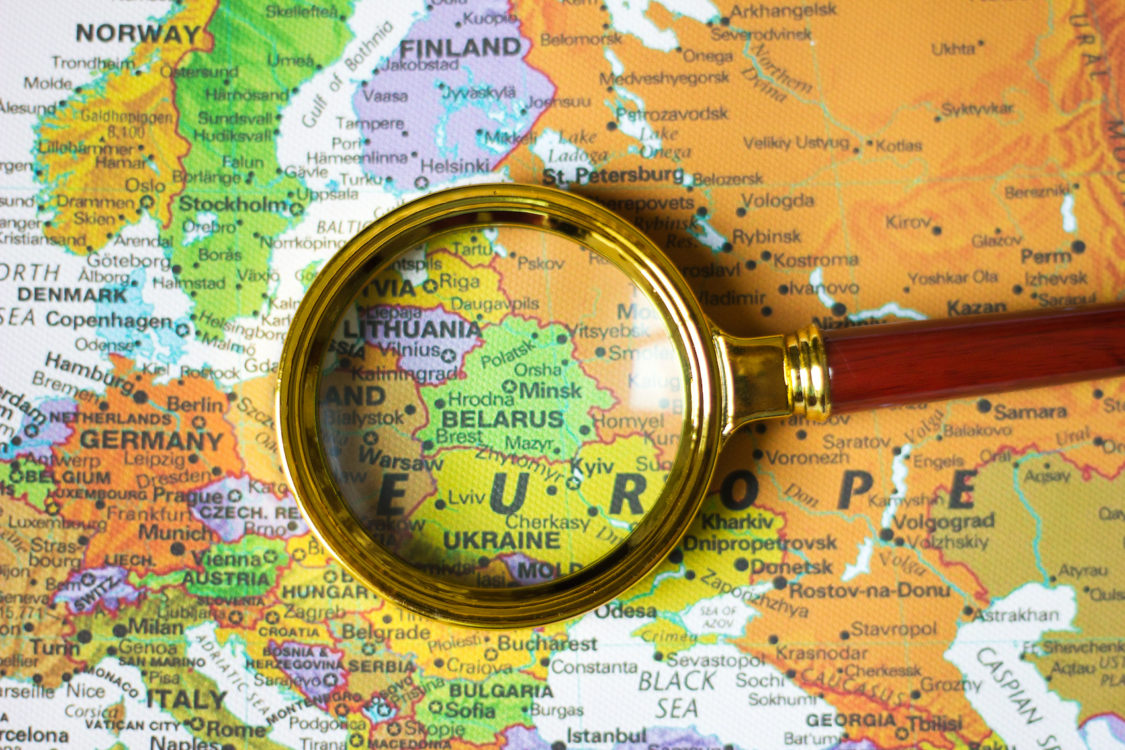 Based on historical myths and achievements in World War II as an essential industrial region of the former USSR, “Soviet Belarusian republican patriotism” constitutes a major reference point for populist parties seeking support from the populace. The rise of populism in Belarus is related to the weakness of the modern Belarusian nation. Lukashenko used populism as a form of a “folkloric style of politics,” a political strategy to mobilize the masses. The image of the leader is cast as a character whose future is bound up with the future of the country. The demonization of elites, the state sector’s economic dominance, the prevention of regional clans rising as powerful political alternatives, and the Russian-Belarusian union are the major themes of Belarusian populist narratives.

Located in Eastern Europe, the Republic of Belarus gained its independence on August 25, 1991, following the collapse of the USSR. Dominated by the Russian Empire since 1795 and under the dominion of the Soviet Union following 1922, Belarus has maintained a closer political and economic relationship with Russia than any of the other former constituent republics of the USSR. These ties were furthered through the December 8, 1999 signing of a treaty on a two-state union, which envisaged greater political and economic integration. Following the election of Aleksandr Lukashenko as president in July 1994, he has steadily consolidated his power through authoritarian means and a centralized economic system. This has led to growing restrictions on political and civil freedoms, freedom of speech and press, and peaceful assembly and religion.

Based on historical myths and achievements in World War II as an essential industrial region of the former USSR, “Soviet Belarusian republican patriotism” constitutes a major reference point for populist parties seeking support from the populace (Eke & Kuzio 2010). Devastated during World War II, Belarus lost one-third of its population. The Soviet government made Belarus the assembly factory of the Soviet manufacturing industry in the post-war reconstruction period. Many engineers and qualified workers were brought to Belarus. It exhibited progressive technologies and products, which made it more distinguished and advanced than many other USSR republics (Abazov 2005). The much-celebrated Soviet Belarusian past has been one of Lukashenko’s main populist references: he employs Soviet-era conservatism to repel the radical reform demands of opposition groups (Yarashevic 2014).

The rise of populism in Belarus is related to the weak growth of the modern Belarusian nation. Due to the destruction of a large part of the intelligentsia, and the implementation of intense “Russification” policies during the Stalin-era, the national consciousness failed to develop a convincing identity, especially during the transition period following the collapse of the Soviet Union (Bugajski 2002). Belarusian identity was secondary when symbolizing “national identity,” whereas Soviet citizenship or being a part of the Soviet people was the prevailing reference for national affiliation (Goujon 2010).

Within the context of Soviet republics, language played a substantial role in the construction of national identity (Lewis 1973). The majority of Belarusians used and continue to use the Russian language in everyday conversation (Tut.by 2019). Weak national identity has led to an ideological and moral vacuum, making it difficult for Belarusians to detach from their supposed glorious past (Eke & Kuzio 2002). Populism is the predominant political strategy that addresses societal concerns rooted in the inherent sociopolitical concerns of the Soviet experiences (Green 2011).

Although there are populist parties like the Liberal Democratic Party of Belarus (LDPB) and the Conservative Christian Party of the Belarusian People’s Front, populism in Belarus is to a great extent associated with Alexander Lukashenko’s drive for an unmediated relationship between “the leader” and “the people.” The axis of this relationship has been constructed through facilitating the preservation of the values of the lauded past and of the “construction of a socialist society” (Matsuzato 2004).

Lukashenko has used his populist claims to repress any emergence of elite groups (including Parliamentary elites, bureaucratic elites, financial oligarchs, industrial elites, or regional elites) that could possibly challenge his political power (Manaev et al 2011). Lukashenko has consistently appealed to the masses by provoking their “anti-elite” emotions (Ash 2014; Clem 2011). Lukashenko’s populist discourse has sought to weaken civil society, prevent the formation of a unifying national ideology, isolate the intelligentsia, and dismantle nomenklatura capitalism. He’s focused on the direct relationship between the leader and the people (Bennett 2011). Furthermore, Lukashenko’s populism is principally defensive in nature; he is always seeking new enemies, thus making his political stances seem dynamic (Matsuzato 2004).

Prior to being elected President, Lukashenko was the collective farm chairman and interim chairman of the anti-corruption committee of the Belarusian Parliament. He took advantage of these roles to bolster his image while he investigated the involvement of state officials in corruption (Matsuzato 2004). Lukashenko was not well connected among the bourgeoise and nomenklatura circles. Thus, he contrasted the miserable living standards of the Belarusian people compared to the elites’ corruption.

During his first years of presidency, Lukashenko confronted several challenges by some influential members of the cabinet and bureaucrats like Bogdankevic, the president of the National Bank, Sharetsky, Supreme Soviet chairman, Myasnikovic, the head of the presidential administration, and the judges of the constitutional court (Matsuzato 2004). At this stage, Lukashenko considered a referendum as the best method to cement his authoritarian powers.

In the Belarusian context, the most visible shift towards populism was the referendum Lukashenko called on 24 November 1996, which asked the Belarusian people to decide between having an authoritarian president with a near-dictatorial executive style and a democratic state, which would legislate through directly elected local executive power (Zietara 2018). Despite the fact that there were many reported and observed violations during the referendum process, Lukashenko’s victory paved the way for a new model of post-Soviet rule, where real executive authority was grounded within the President and his direct relationship to the Belarusian people (Sahm 1997).

Lukashenko has used populism as a folkloric style of politics and his main political strategy (Mudde & Kaltwasser 2017) for mobilizing the masses. He claims to govern based on a direct relationship with the electorate. He preys on anti-elite sentiments by claiming opponents are enemies of the people. He’s aided by the lack of a strong national identity devoid of the glorious Soviet past (Eke & Kuzio 2002). Lukashenko’s purported ability to understand the mood of his people allows him to utilize anti-elitist sentiments in many spheres of social, political, and economic matters (Brzozovska 2003). Chief among these is a discourse that decries “crony” capitalism, which many Belarusians loathe and blame for their own poor circumstances  (Ecorys Survey 2018).

Despite often being characterized as ‘the last dictatorship of Europe,” several opposition parties function legally in Belarus. The opposition depicts the general spectrum of European political tendencies, including nationalists, Christian Democrats, free-market liberals, Greens, and Social Democrats (Shraibman 2018). The opposition elites, however, have not aligned their democratic vision with the popular demands of the Belarusian people. People have not rejected democracy. However, the populace tends to view notions of democracy utilized by elites as “imported” and not embedded within the people’s own experiences.

Lukashenko, like many populists, utilizes an “us vs them” rhetoric. He characterizes the opposition groups as enemies, fascists, and traitors; he makes frequent references to foreign puppet masters. Meanwhile, he defines the Belarusian people as winners and himself as a peacemaker and a dedicated leader (Lukashenko 2020; Matsuzato 2004). Outside liberal powers within Europe and the United States are also portrayed as enemies in Lukashenko’s populist discourse.

Lukashenko describes his presidency as a dedicated mission (Deutsche Welle 2020). He portrays his future as bound with the future of the country (Eke & Kuzio 2002; Brzozovska 2003).  Referring to the heroism of fighting against Nazism during World War II, state-controlled media in Belarus consistently identify opposition elites as fascists or Nazis (Eke & Kuzio 2002). Language has been an instrument of power in the political battle between Lukashenko and the opposition. The Belarusian language is depicted as the language of the counter-power and instability, whereas Russian is presented as the language of modernization, culture, and civilization (Goujon 2010).

In Lukashenko’s populist agenda, the demonization of Belarusian elites is essential. He’s done this through “show trials” (The Economist 2011). These show trials reveal how Lukashenko fleshes out his populist story. His government has held trails against Vasilii Leonov (Slavic Research Center 2003), then-former minister of agriculture, Tamara Vinnikova, then-chairperson of the administration, and Yurii Feoktistov, the general director of the Belarusian Metallurgical Factory (BMF) (Matsuzato 2004).

Besides stigmatizing the “dangerous” opposition elites, the state sector’s economic dominance is utilized in Lukashenko’s populist campaign to discourage protestors (Matsuzato 2004; Shraibman 2018). For instance, employers are not allowed to extend labor contracts when they expire. Thus, the central authority can influence the majority of the working population. A strict system of regulation of prices based on an anti-monopoly policy (Ministry of Economy/Belarus) is another example of populist rhetoric and policies. In a meeting on the situation of consumers and prices, Lukashenko considered a ban on the export of several goods and price regulations as something done for the good of the people (Belta 2020).

Lukashenko constantly reshuffles regional powerbrokers to ensure his leadership is unchallenged. He switches territorial executives often to prevent regional power structures from developing (Matsuzato 2004). This strategy is presented as ensuring “peace and stability” (Shraibman 2020). Lukashenko’s vision of the western world and Russia is based on pragmatic considerations (Shraibman 2018). Intense pressure on opposition groups, worsening economic conditions, and Russia’s aggressive ambitions regarding more integration have complicated Lukashenko’s ability to navigate between the West and Russia. (Shraibman 2018).

Following the 2020 presidential election that is widely believed to have been rigged in Lukashenko’s favor, hundreds of thousands Belarusians took to the streets in what many saw as the largest anti-government protests in the country’s history. Lukashenko reacted with violence, perhaps unsurprisingly, arresting some 35 thousands people in less than two months while pro-government security forces reportedly committed “massive and systematic human rights violations” against protestors (Kim, 2021). A group of United Nations human rights experts called on the Belarus authorities in September 2020 to end “humiliating and beating protesters,” before revealing some 450 documented cases of torture and ill-treatment in police custody.[1] The opposition leader Sviatlana Tsikhanouskaya was forced out of the country following the protests. She is currently in exile in Vilnius, Lithuania, seeking to build up international support against the regime. Despite the efforts, however, Lukashenko has so far maintained his cling on almost three-decade-long power, which rightly earned him a reputation as Europe’s last dictator. That being said, however, mired in grave social, economic, and political problems, his regime now faces a historic unprecedented challenge for survival, which, many believe, is likely to push him to unconditional surrender to Russian protectorate.

Shreibman, A. (2018). “The house that Lukashenko built the foundation, evolution, and future of the Belarusian regime.” Carnegie Endowment, Moscow Center.