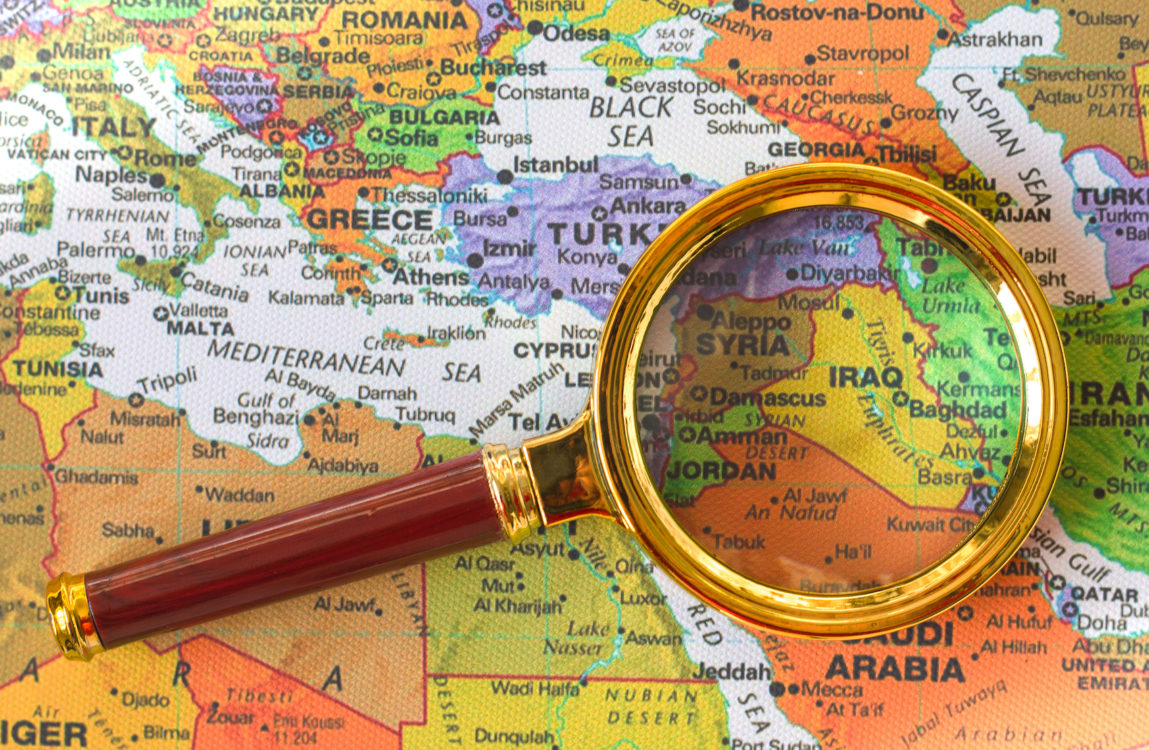 While the country’s religious and ethnic groups enjoy political representation to a certain extent, many contend that Iraq still lacks the necessary prerequisites to maintain a well-functioning democracy. Partly backed by the Iranian government, anti-imperialist, populist movements are increasingly holding sway in the country. The US’ continued military presence is only expected to further the expansion of conservatism and ethnic and sectarian populism in the near future.

Located in Western Asia, Iraq, officially the Republic of Iraq, is a federal parliamentary republic known for its volatile, unpredictable, and potentially dangerous security conditions. The region was part of the Ottoman Empire, but in the aftermath of World War I, Iraq, as it is known today, was created by the British Empire and other European powers. Britain’s formal mandate over the country lasted for eighteen years, until Iraq was accepted into the League of Nations as an independent state in 1932. Following independence, however, the Hashemite monarchy remained in power with support from the British.

Populism as we understand it today was born in Iraq with the July 14 Revolution in 1958, during which the monarchy was overthrown in a coup d’état executed by the Brigadier General Abd al-Karim Qasim (Abdullah, 2013: 118-136). Drawing on the core populist features of anti-elitism, patriotism, and people-centric language, the revolution was considerably populist in nature. Indeed, after assuming the office of prime minister, Qasim gradually constructed an image of himself as “a man of the people” while promoting a policy of “Iraq First” (Polk, 2005). The Qasim government also introduced a set of agrarian reforms, as part of which the amount of land an individual owner could retain was limited to 100 hectares (Marr, 2004). The law was aimed at abolishing control of the land by a small elite (Al-Yasiri, 1965). Following the nationalization of the lands, much of it was redistributed to peasants in the initial years of Qasim’s prime ministry (Metz, 1988).

Qasim also initiated widespread construction projects, including building thousands of residential units for low- and middle-income Iraqis (Metz, 1988). His reforms and investments were also followed by the promotion of an ideology of Iraqi patriotism that was not affiliated with Nasserism, a socialist Arab nationalist political ideology based on the thinking of Egyptian President Gamal Abdel Nasser (Saghieh, 2019). Many of Qasim’s reforms, however, were cut short after he was overthrown by Colonel Abdul Salam Arif in a February 1963 coup. Qasim’s deposal marked the beginning of a series of short-lived and unstable governments that ruled Iraq until the rise of the revolutionary Arab Socialist Ba’ath Party in 1968.

The early 1970s saw the consolidation of Ba’athism in Iraqi politics. Harmonizing Arab nationalism with socialism, Ahmed Hassan al-Bakr became the country’s first Ba’athist President in 1968. Throughout his presidency, which lasted until 1979, Al-Bakr employed a populist economic policy that was rife with clientelism, nepotism, and cronyism (Charles, 2010, 197). In other words, the proffering of material goods in return for political support played a significant role in the consolidation of his political power. He also initiated a set of reforms to increase agricultural production, which included government subsidies and investments for cultivators and the establishment of collective farms (Charles, 2010: 197-198). Additionally, thanks to increasing oil revenues in the early 1970s, a set of tax relief reforms as well as a limited social welfare program was introduced for the low and middle classes.

During Al-Bakr’s 10-year-long presidency, Saddam Hussein, then-vice president, gradually began to dominate the Ba’athist party. He projected himself as a progressive and a courageous moderniser while taking an increasingly prominent role in the regime. Towards the end of the elderly, infirm Al-Bakr’s presidency, Saddam filled the void left by the sick president and became the de facto ruler and strongman. He eventually forced al-Bakr to resign from his post and formally assumed the presidency in July 1979.

Right after entering the office, Saddam set out to consolidate his power – with a populist touch. He employed a two-fold foreign policy: opposition to “Zionism” and hostility to the Persian “menace.” He believed that the only way to eliminate the Israeli threat was to acquire nuclear weapons, so that Tel Aviv’s military supremacy would be insufficient (Baram, 2012). Similarly, he believed the second, arguably bigger, threat was the possibly of a movement like the 1979 Iranian Revolution occurring in Shia-majority Iraq, which would threaten the Sunni-dominated Ba’athist leadership. To that end, Iraq invaded Iran in September 1980, commencing one of the longest and deadliest conventional wars in the Middle East. One of the major reasons behind Saddam’s decision to go to war was to legitimize his claim to replace Egypt as the head of the pan-Arab movement by achieving an easy victory against the Persians (Woods, et al, 2009).

Throughout his career, Saddam carefully constructed an image of man of the people and fostered a personality that inspired devotion from many his fellow Iraqis. His images and statues often dominated the streets of all major cities and public spaces, while his nationalist and populist speeches were widely circulated in the media. Several political scientists noted that Saddam’s political language was dominated by conspiracist tones that sought support from Iraqis and the Arab street (Gray, 2010). His secular regime was also opportunistic and pragmatic enough to make use of religion in order to mobilize support and to “justify policies, delegitimize others’ policies, and respond to others’ religious attacks” (Long, 2004).

When a United States-organized coalition invaded Iraq in 2003, the Saddam regime ended. Soon after the invasion, Saddam was captured by a group of US soldiers and was handed over to the interim Iraqi government. He stood trial for crimes against humanity and other offences and was subsequently sentenced to death. He was executed in December 2006. Save for the era of Nouri al-Maliki from 2006 to 2014, Saddam’s deposal marked the beginning of a series of short-lived and unstable governments.

As of today, Iraq has at least eight populist parties.[1] The Islamic Dawa Party (IDP), also known as the Islamic Call Party (Ḥizb ad-Daʿwa al-Islāmiyya), is the first and the largest of them. Founded in 1956 by Mohammed Saqik, the IDP initially employed a set of Islamic values that emphasized the importance of combating secularism and creating an Islamic state in Iraq. The party leaders initially believed that it was necessary to establish a government in line with Islamic Sharia, a religious law forming part of the Islamic tradition. The party’s political ideology was therefore mostly dominated with the principles of governance set out by an Iraqi Shia cleric, Baqr al-Sadr, in 1975 (Shanahan, 2004).

However, because the party officials had close relationship with the Iranian government, showed support for the Islamic revolution, and backed the insurgency against the Saddam regime during the Iraq-Iran war, they failed to gain any political relevance until the Saddam’s fall. From then on, most of its members in-exile returned to Iraq, making the IDP a major political actor in the country. In the 2005 parliamentary elections, the National Iraqi Alliance, an electoral coalition mainly composed of Shi’a Islamist parties, secured some 48 percent of the total vote, and the Dawa leader Ibrahim al-Jaafari became the first full-term post-war prime minister. Following one year of unstable and ineffective leadership, al-Jaafari stepped down in May 2006, leaving his post to Nouri al-Maliki, who stayed in power until September 2014 (Hardy, 2006).

Throughout the eight years of Maliki rule, the IDP sharply transformed from its founding ideology of commitment to building an Islamic state, to a clientelist, anti-Zionist, and right-wing populist party (Hasan, 2019). It should be noted that in his first years in office, Maliki engaged in a process of reconciliation to ease the country’s sectarian violence and militia warfare. As part of his efforts, he paid regular visits to the predominantly Sunni areas of the Anbar and Nineveh provinces, engaging with Sunni tribal elders. As early as 2009, Maliki already seemed certain that he was very close to ending the sectarian conflict. Many, however, believe that this so-called national reconciliation process was a tool for Maliki, allowing him to pursue his political goals and maintain his position in power. The process remained under the heel of Maliki’s personal agenda, rather than becoming an official government policy, and thus proceeded via decisive unilateral decisions made by the then-Prime Minister (Al Jazeera, 2010). His increasing pro-Shia populism, as well as attempts to supress Kurdish and Sunni forces in the country, eventually led to a rise in Kurdish nationalism and a Sunni insurgency that lasted until the end of his term in 2014 (O’Driscoll, 2015).

Led by Shia cleric Muqtada al-Sadr, the Sadrist Movement (SD) is another right-wing populist party that is worthy of a mention. Founded in 2013, the SD represents many features of a classic populist party with a special focus on religious conservatism, Iraqi nationalism, and anti-imperialism. The party enjoys significant support from the poor, Shi’a masses across the country. The party leader al-Sadr says that expelling US troops from the country permanently is among his party’s main goals. Between 2004 and 2008, he personally led a militia named the Mahdi Army, which engaged in violence against Iraqi Sunnis. His Al-Ahrar Bloc, or Sairoon coalition, won the country’s parliamentary elections by securing almost 15 percent of total votes.

Despite the fact that regular and competitive elections are held in the country, Iraq still ranks as “not free” and undemocratic, as governance is impeded by “corruption and security threats” (Freedom House, 2019). While the country’s religious, and ethnic groups enjoy political representation to a certain extent, many contend that the country as a whole lacks the necessary prerequisites to maintain a well-functioning democracy (Stradiotto, 2004). This is especially true in the Kurdistan region, where democratic institutions lack the “strength to contain the influence of long-standing power brokers” (Freedom House, 2019). Partly backed by the Iranian government, anti-imperialist, populist movements are increasingly holding sway in the country. The US’ continued military presence is only expected to further the expansion of conservatism and ethnic and sectarian populism in Iraq.

Al-Yasiri, Kahtan Abbass. (1965). “The agrarian reform law of 1958: a catalyst for economic and social development in Iraq.” Retrospective Theses and Dissertations. 3286.

Metz, Helen Chapin. (1988). “Land Tenure and Agrarian Reform.” In Iraq: A Country Study. Washington: GPO for the Library of Congress. 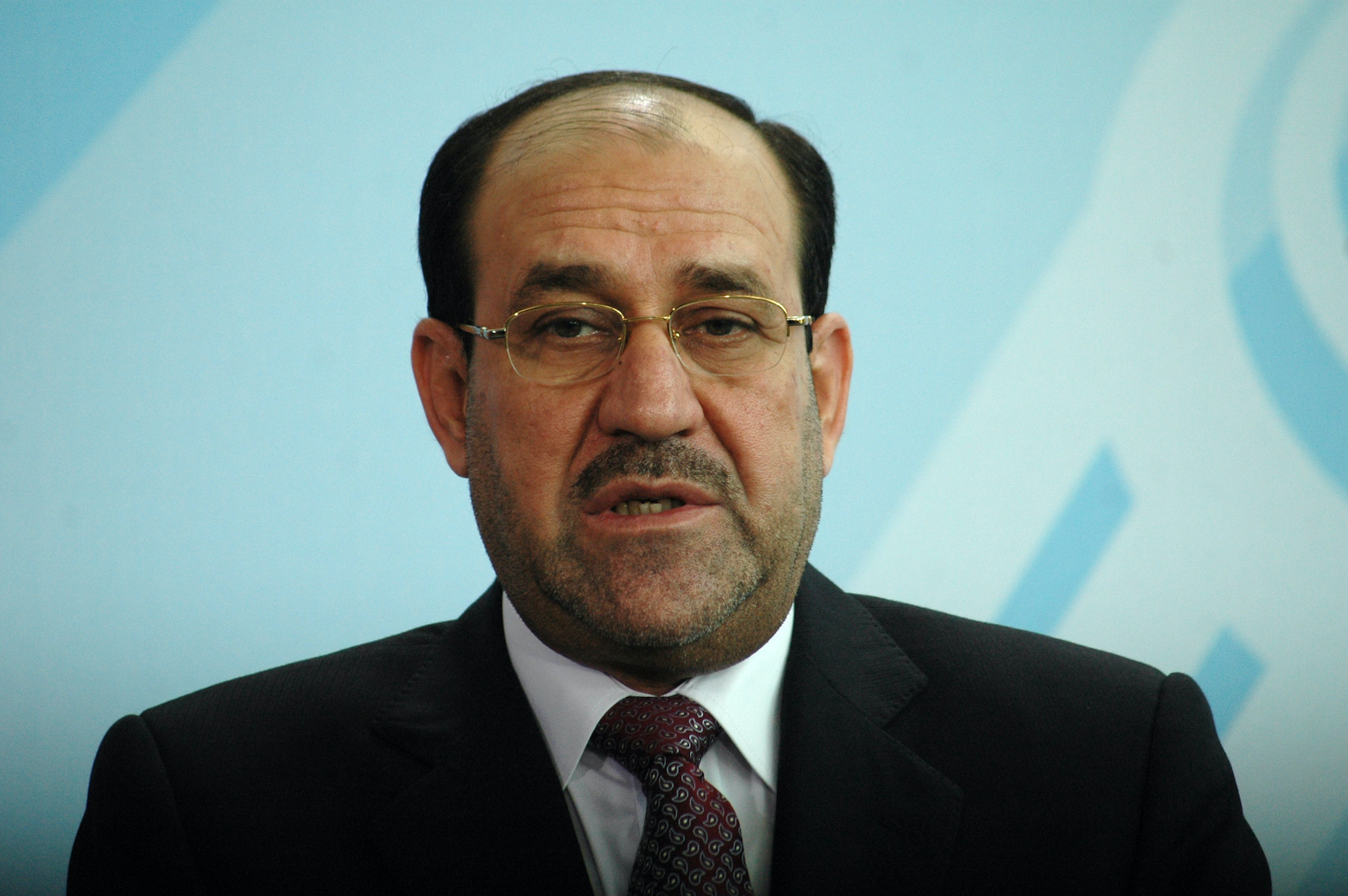 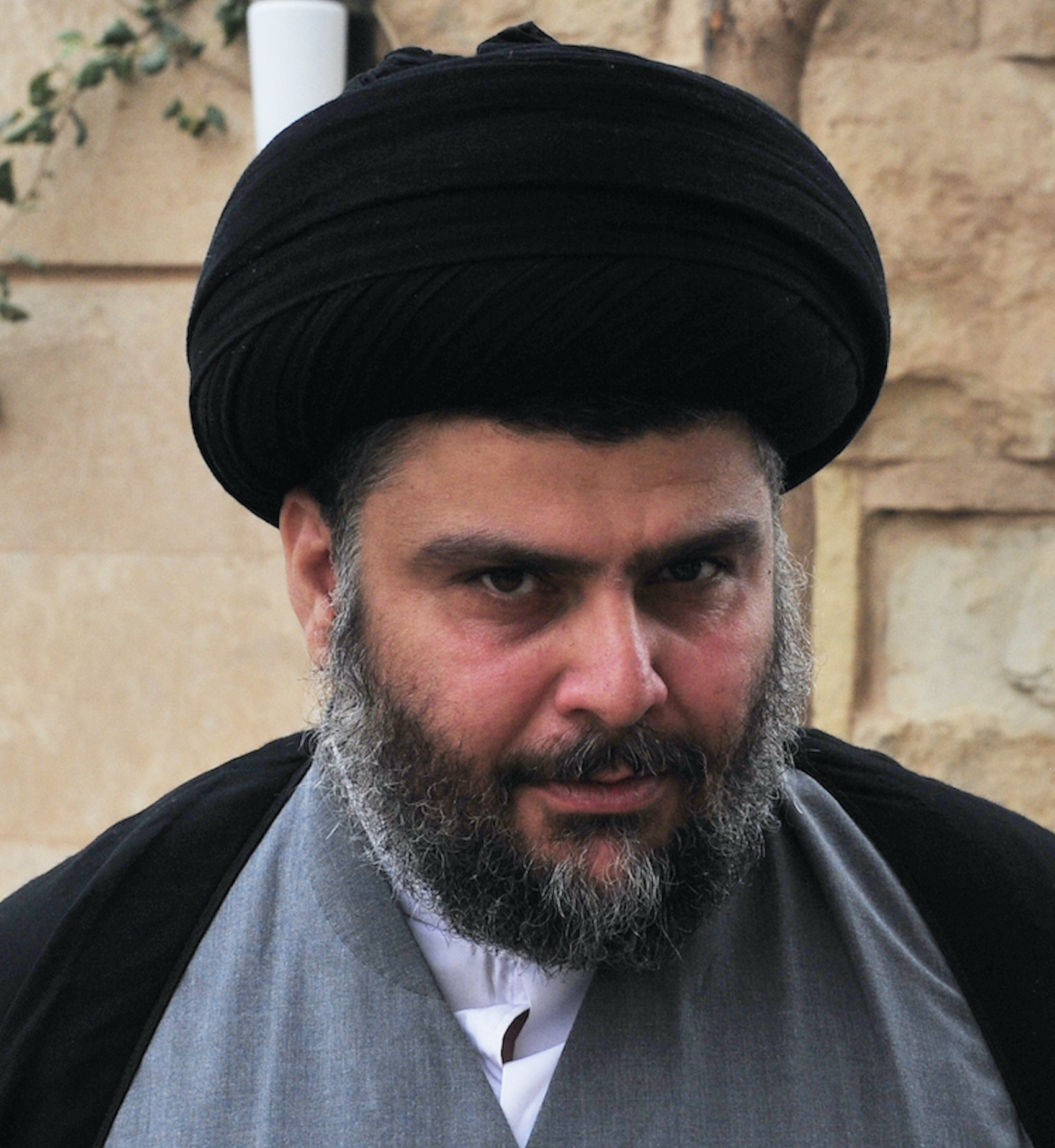 Position: Leader of the Sadrist Movement 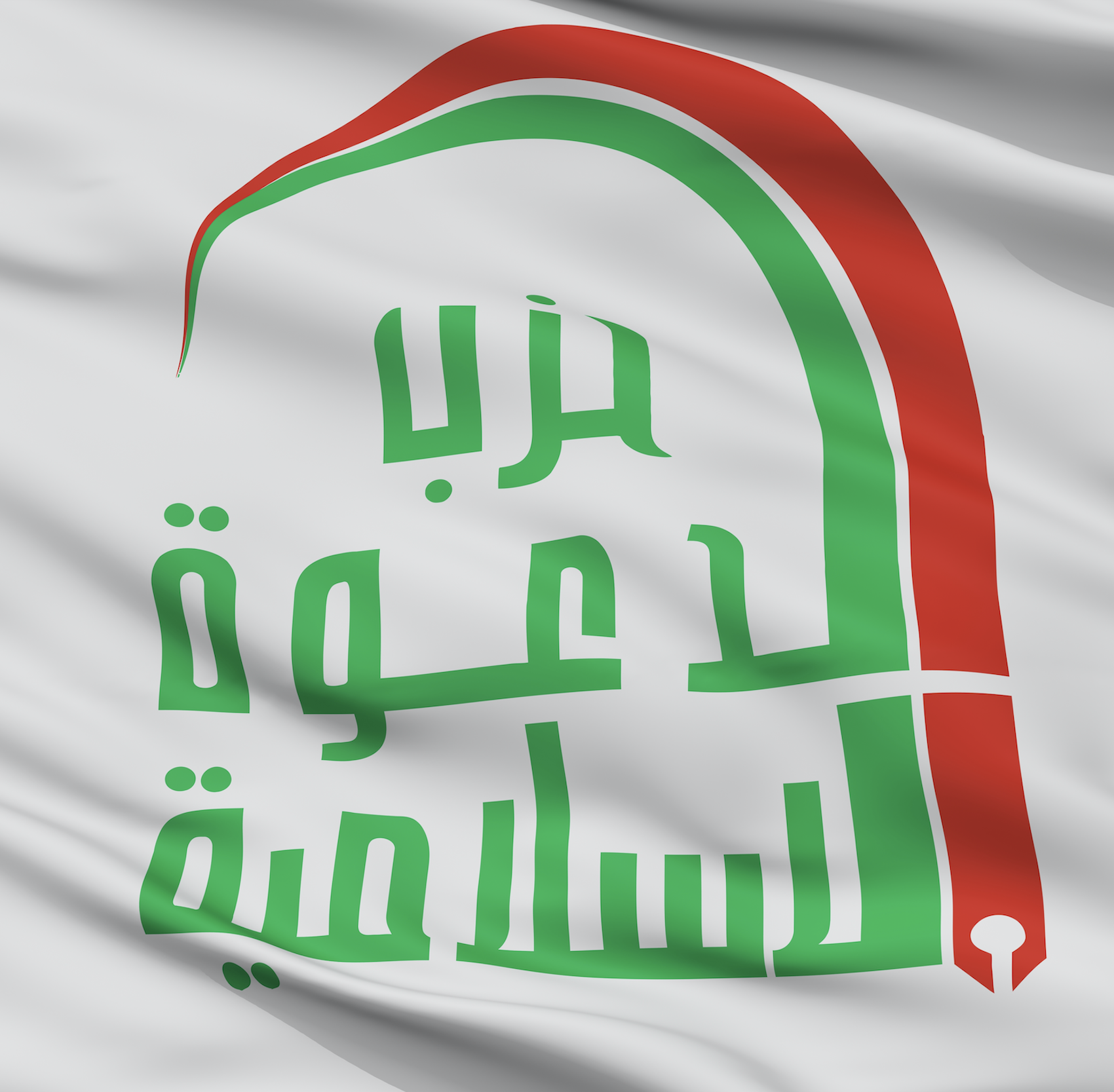 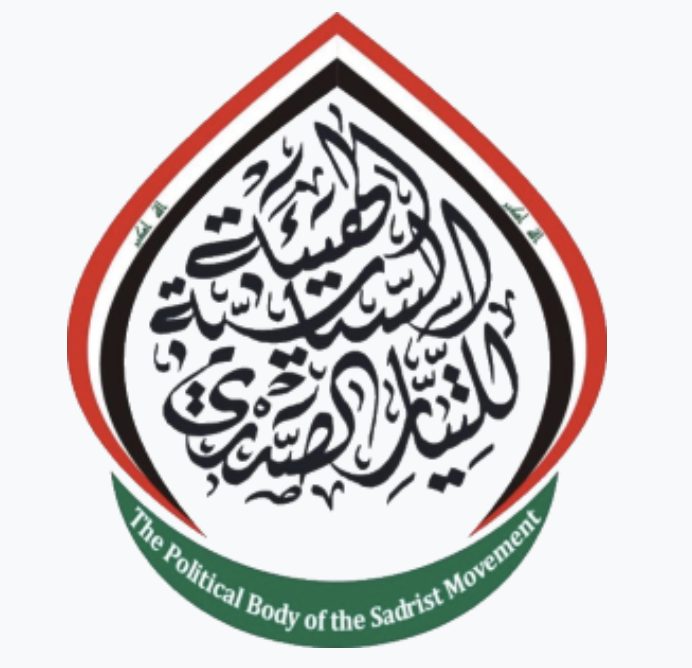 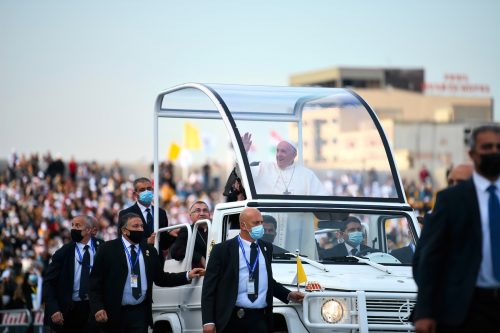 The Pastoral Populism of Pope Francis and Sayed Sistani

The pastoral populism of Pope Francis and Sayed Sistani focuses on the long game. It is a political and […]