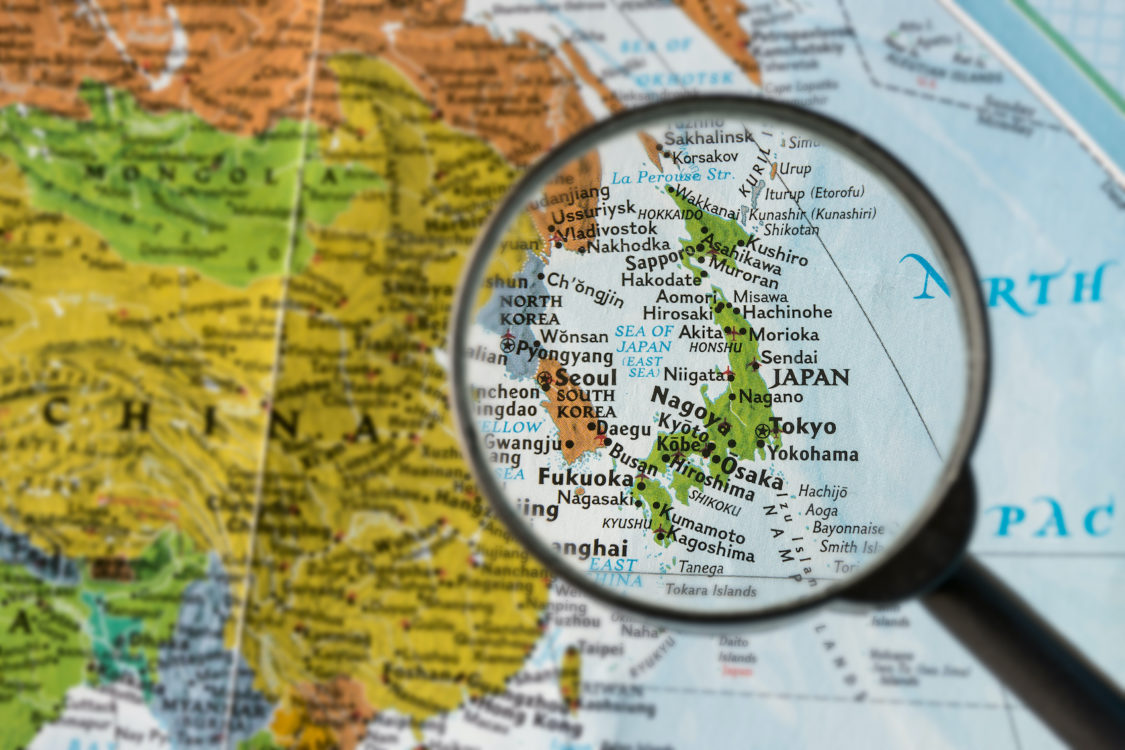 While previously seen as resistant to populism, Japan has recently witnessed the birth of two streams of populism in recent years. At the national level, Koizumi earned anti-establishment votes in the early 2000s through a blend of personal charisma and neo-liberal reformist ideas. More recently, Tarō Yamamoto has used the economic slowdown to voice populist concerns about core issues such as the price of living and the lack of real gains in income. Yamamoto’s people-centric personality and socialist reform agenda have earned him the nickname “Japan’s Bernie Sanders.” While mainstream populism remains limited in the 2020s, Yamamoto’s socialist populism has seen some regional success: a number of governors have taken anti-Tokyo stances thanks to populist support from the “people,” who seek more control over their region.

Known as the “Land of the Rising Sun,” Japan is an island nation in East Asia, in the northwest part of the Pacific Ocean. The country has been populated since the Palaeolithic era. Ancient Japan was ruled by various dynasties, but a period of civil war and unrest led to a fragmentation of power between factions of military dictators, feudal lords, and combatant nobility. By the time Japan’s first interactions took place with Western powers, the country had adopted a strict isolationist policy and was not keen to participate in trade. The island was never colonized, but Western influence forced Japan to open its borders, impacting not only its foreign policy but also domestic politics. The 1854 “open trade to the West war” ushered in a new era for the country, and by 1868, Emperor Meiji undertook a modernization of the region in terms of industrialization and introducing a westernized constitution.

During the first Great War, Japan forged an alliance with the British; as an Allied partner, it helped the European forces counter the German army by taking control of its territories in the Pacific and East Asia. Well before the advent of war, Japan had pursued an expansionist policy. In 1910, Japan annexed Korea, and by the end of the First World War, it used its increased military presence and power – coupled with economic gains – to conquer parts of China. By the end of the 1930s, Japan was modernized and expanding its influence throughout the region (albeit often through shocking brutality). In 1940, it had entered the Tripartite Pact, forming the Axis powers with Germany and Italy. Japan and the Axis fought the Allied forces in the Second World War. In August 1945, the U.S. dropped atom bombs on Hiroshima and Nagasaki, leading Japan to surrender. Following defeat in the war, Japan adopted a new constitution; since 1946, it has been a constitutional monarchy with a  parliamentary government in power.

In fewer than 100 years since its devastation in WWII, Japan has re-emerged as a global power thanks to its economic progress, human development, active engagement on foreign diplomatic fronts, and advancements in science and technology. Today, it ranks as one of the most developed countries in not only Asia but the world.

Populism usually thrives on cultural clashes and economic inequality. Japan’s socio-economic prosperity and ethnic homogeneity have kept traditional forms of populism at bay (Yoshida, 2020). However, Japan entered the 21st-century facing economic trouble. Beginning in the 1990s, its economy suffered a prolonged recession, which lasted ten years; some called this the “Lost Decade.” During the early 2000s, most sectors of Japanese society felt the impact of stagnant growth (Abe, 2010).

Junichiro Koizumi of the Liberal Democratic Party (LDP) emerged under these circumstances. Koizumi came from a family of politicians and was a long-time member of the LDP, with two failed attempts at being prime minister in his past. Despite his history, he was considered an “outsider” when he was elected chairperson of the LDP. Rather than working to his disadvantage, this image combined with his openness and free spirit made him a popular candidate in the 2001 elections. People believed a change within the party was an opportunity for “change within Japan” (Kabashima & Steel, 2007).

Lacking strong internal political support from the LDP, Koizumi drew support from the polity of Japan. He positioned himself as an “outside man” who promised an economic revival through neo-liberal reforms. He adopted a theatrical style of campaigning, using mass media to reach people directly. His populist public image was built through this direct connection (Yamamura & Sabatini, 2014). In addition to being a critic of the government, he also earned popular support by pledging to visit the Yasukuni Shrine, a World War II memorial that most leaders had avoided visiting in official capacity due to the shrine being the resting place for several war criminals; however, this pledge – and later fulfillment of it – won him popular support.

Between 2001 and 2006, “the peoples’ Prime Minster” led Japan into an era of neo-liberal reforms that aided its economic development. His engagements with the United States and the United Nations also strengthened Japan’s position in the international arena. Despite a deregulatory policy that saw the privatization of the country’s postal service and the disempowering of the bureaucracy, his personal appeal grew the LDP’s support in urban areas. He remained a largely successful neo-liberal populous leader – in his own words, “I’m not strange. I’m extraordinary” (Harding, 2018).

Since Koizumi, populism has mostly vanished at the national level. Given the institutional structure of the country, the local governors and the central government share power (this is similar to the U.S., where governors and state legislatures have significant power at the local level). While Japan has prospered socio-economically at large, regional issues have increasingly given rise to populist governors around the country. One prominent example was the Governor of Okinawa, Takeshi Onaga. Onaga was s seasoned politician who served as the mayor of Naha for four terms. During his mayorship, he came into conflict with the central government over the U.S. Marine Corps’s Air Station Futenma’s relocation. He ran for governor of Okinawa under a populist platform surrounding the issue of the base’s relocation. He was able to gain support by promising to end the presence of the U.S. military in Okinawa. With populist support, Onaga openly opposed Tokyo’s wishes around the base and created legal obstacles around the base’s relocation. His mandate was further reaffirmed after a mass protest broke out and a Japanese woman was raped and murdered by an American base staff member (Jin, 2016). This episode of populism is a fine example of regionalism versus central power.

Another populist figure rose to power in Osaka, where Toru Hashimoto served as the mayor of Osaka city – and, eventually, the governor, too. Raised by a single mother, Hashimoto was a self-made lawyer and gained popularity due to his frequent media appearances and activism through Twitter. Fiercely criticizing bureaucracy, he advocated for a new administrative entity called “Osaka-to.” He sought to dismantle local bureaucracy and Tokyo’s influence and divide Osaka into specialized wards for efficient governance (Yoshida, 2020). This referendum lost by a narrow margin in 2015 and Hashimoto resigned from politics after his term, but the regional-based populist lives on: in 2020, another referendum will be held to determine the city’s governance structure (Yamamoto, 2020).

Campaigning on similar anti-center rhetoric Yuriko Koike became the first female Governor of Tokyo, winning landslide victories in 2016 and 2018. By blaming previous administrations, she won broad support. A former news anchor, Koike is well versed at establishing a direct connection with the people. She ran under the banner of the local populist party Tomin First no Kai (Metropolitan Citizens First Association), which supports localism, right-wing populism, and conservatism. People have speculated that Koike’s win was supported by anti-LDP feelings among the citizens, who looked for a “fresh start” (Yamamoto, 2020).

Another proponent of Japan’s version of populism has been Tarō Yamamoto, head of the party Reiwa Shinsengumi, who has become Japan’s leading anti-establishment voice. A former actor turned politician, Yamamoto entered the spotlight when he called for the closure of all nuclear power plants in Japan following the Fukushima nuclear meltdown after the 2011 tsunami (Klein, 2020). In the years since he has been able to use his left-wing and anti-establishment rhetoric to gain a popular mandate. His rhetoric has gained support as Japan faces a demographic challenge that is impacting the country’s economy. With a shrinking birth rate and a growing, aging population, social welfare spending accounts for almost half of the national government’s budget (excluding debt-servicing costs). The issue is further exacerbated by traditional Japanese aversion to direct taxation. It took Japan 20 years to increase its consumption tax from 3 to 8 percent. With no measures in place to boost the economy, the sluggish growth through traditional Gross Domestic Product (GDP)-enhancing policies has to failed provide solutions (Niinami, 2019).

Despite the best efforts of former Prime Minister Shinzo Abe, “Abenomics” has not won the people’s confidence and external debt mounts. An overwhelming number of Japanese feel increasing economic hardship; the country’s poverty rates stand nearly at 16 percent (Lee, 2020; Minami, 2019). In this context, Yamamoto is “Japan’s Bernie Sanders,” a politician promising higher pre-service taxation, abolishing the consumption tax, aiming to raise the minimum wage to ¥1,500 per hour, and canceling student debt. To further bolster his left-wing credibility, he supports increasing social spending, and he chose two people with disabilities as the party’s top candidates for the 2019 elections (Minami, 2019).

With a fractured opposition and the LDP losing its stranglehold on power, populist parties such as Reiwa Shinsengumi have found space to flourish. While Yamamoto did not win a seat in the 2019 election, he was able to secure around one million votes personally, and his party won two seats in the upper house, called the House of Councillors. Despite being a new political player, he came in third during the 2020 Tokyo Governorship election, securing 11 percent of the popular vote (Klein, 2020).

Japan has fared well on human rights and democratic freedoms under the LDP, which has dominated mainstream politics in the 21st century. While Koizumi was the “outsider” post-recession, by the time Abe left office, the LDP had dominated politics for nearly 20 years. However, the party’s support is shrinking, creating room for new “upstarts.” Reiwa Shinsengumi only emerged in 2019, and Yamamoto has steadily gained popularity and relevance in Japan’s political arena since breaking onto the scene less than a decade ago. The growth of regional populists also indicates that the public has a high degree of institutional distrust in the central government. This distrust has only grown as populists seek power in their localities. 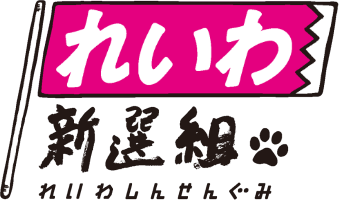 Position: 2/245 seats in House of Councillors 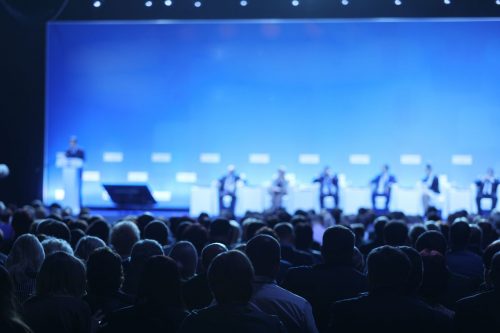 Symposium Report—The Future Course of Populism in the Post-Pandemic Era: The State of Globalization, Multilateral Governance, and Democracy