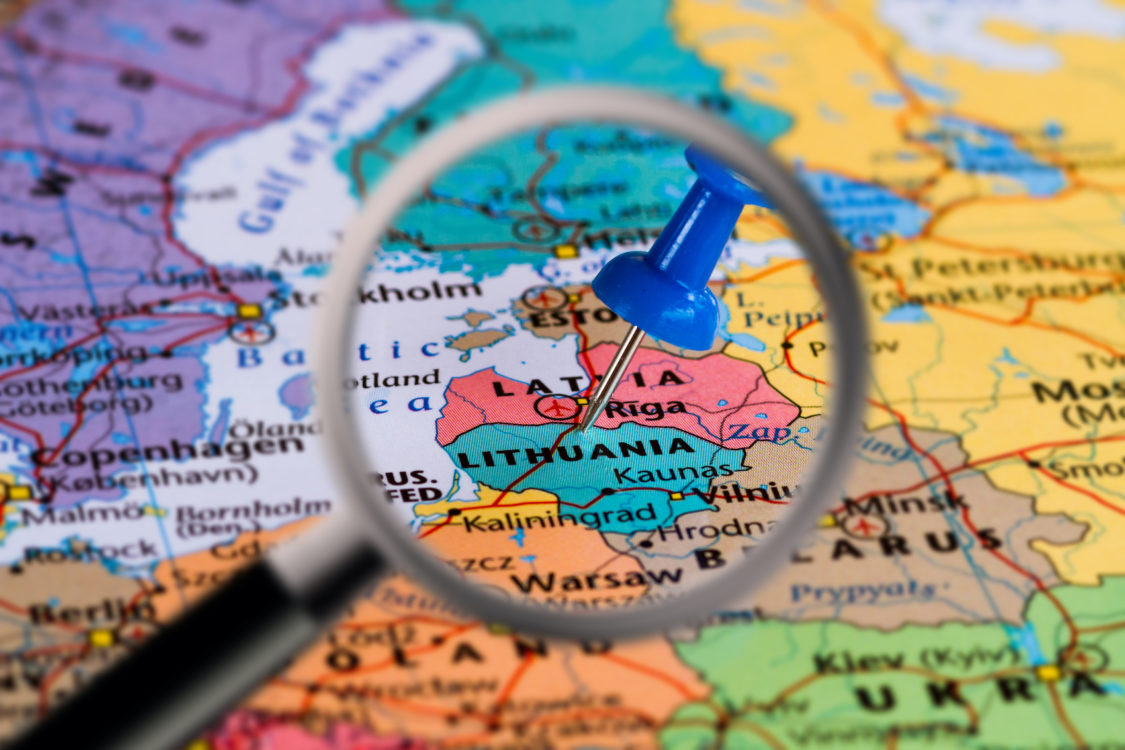 The populist flash in the pan seems to have been fizzled out in Lithuania. Overall support for the two populist parties – Order and Justice Party (PTT) and the Labour Party (DP) – has steadily declined since 2012. A majority of PTT deputies have already left the party, while the DP hit an all-time electoral low of 4.8 percent of total votes, winning only two (2) seats in Parliament. The country had a presidential election in 2019, during which two pro-Europe, center-right candidates competed; Gitanas Nausėda, an independent centrist, was elected president.

Located in the Baltic region of Europe, Lithuania, officially the Republic of Lithuania, is a semi-presidential republic and a small-sized member of the European Union (EU). Populism as we understand it today is a relatively new phenomenon in Lithuania. Blended with nationalism, populist rhetoric was employed by several leading politicians during the country’s two decades of independence between World War I and World War II (Aleknonis, Matkevičienė, 2016). None of the political actors, however, were pure populists. When the country was absorbed into the Soviet Union in 1944, Lithuania’s political rhetoric was often dictated by Moscow; for nearly 50 years, the country’s political elite took their lead from the Kremlin. After Lithuania became the first Soviet republic to declare independence, in 1990, Lithuanian politics were dominated on the left by the ex-communist Labour Democratic Party and the Social Democrats, while the Conservatives and the Christian Democrats controlled the right-wing of the spectrum throughout the 1990s.

The turn of the millennium, however, saw the birth of several anti-establishment populist parties. Founded in March 2002, the Order and Justice Party (PTT, or Partija Tvarka Ir Teisingumas) – formerly known as the Liberal Democratic Party – came to represent right-wing populism in the country. The PTT is a nationalist party with a soft emphasis on Euroscepticism. Unlike many of its peers elsewhere in Europe, however, the party does not have an anti-immigration agenda. It rather has taken an anti-elitist and anti-establishment attitude (Jurkynas, 2019).

For a decade after its establishment, the PTT enjoyed electoral support ranging between 5 and 10 percent, with small fluctuations. The party received 10.6 percent of total votes in the 2008 general election, become the second-largest party in the country. However, since then, overall support for the party has steadily decreased. PTT received 7.8 percent of all votes in the 2012 election, and a mere 5.8% in the 2016 election, winning only eight (8) seats in Parliament.

PTT’s greatest success came in the 2003 presidential election. Campaigning with simple slogans, such as “Vote for Change,” its founder and party leader, Rolandas Paksas, received 54.9 percent of all votes, winning the presidency in a surprise victory over the incumbent Valdas Adamkus (Krupavicius, 2004). Throughout his campaign, he employed populist rhetoric that revolved around the ruling elites’ corruption, so-called foreign control of Lithuania, and the perceived need to amend the political establishment. However, just a year later, in 2004, Paskas was impeached for violating the country’s constitution through his relationship with a Russian businessman (Euractiv, 2004). He was also given a lifetime ban from running for an office that requires the official to take a constitutional oath (Jegelevičius, 2019).

In the aftermath of the 2012 election, PTT joined a coalition government with the Farmers and Greens and the Social Democratic Labour Party. This coalition lasted until the 2016 general election. The party also joined a coalition government in June 2019. However, PTT was expelled from the coalition after only two months when a majority of its members established a new political group named “For the Welfare of Lithuania,” in October 2019 (LRT, 2019). In order to prevent further decline, the party’s chairman Remigijus Žemaitaitis joined forces in January 2020 with Artūras Zuokas, leader of the Lithuanian Freedom Union, and former MP Artūras Paulauskas, to participate in the Seimas (Parliament) elections of 2020 (Tracevičiūtė, 2019).

The Labour Party (DP) – Darbo Partija – is another populist party worthy of mention. Founded in 2003 by a Russian-born millionaire businessman, Viktor Uspaskich, the DP campaigned on cracking down on corruption and centering ordinary people (Balcere, 2011). The party program was designed to highlight the need to “fight corruption and fraud” (Partija, 2011). The DP became the largest political party in the country following the 2004 general election by securing around 28 percent of the vote, for a total of 39 seats in the Seimas. Although still in its nascent stages, the party formed a coalition government with four other parties, namely the Social Democratic Party of Lithuania, New Union, and the Lithuanian Peasant Popular Union. The DP also became the most successful party in the 2004 European parliamentary elections, gaining 30.2% of the vote and sending 5 MEPs to Brussels.

Four years later, however, its share of the vote fell to 9.2 percent in the 2008 parliamentary elections, making it the fifth-largest party in the Seimas. The DP performed well once again during the 2012 parliamentary elections, gaining 18.8 percent of the total vote and winning 19 seats. In 2016, however, the party hit an all-time low, securing only 4.8 percent of total votes and winning only 2 seats in the Seimas. Since then, the party has been in a relative decline, losing massive amounts of its local and high-ranking members, including Zivile Pinskuvienė, the leader of the party from 2016 to 2017.

In terms of civil and political liberties, Lithuania is a free country (Freedom House, 2019). Liberties are respected and Lithuanian voters enjoy regular and competitive multiparty elections. Since its independence from the Soviet Union in 1990, the country saw economic prosperity and a dramatic improvement in its standards of living. Lithuania is a well-integrated member of the global economy that is classified as a “high-income economy” by the World Bank (World Bank Data). It also scores highly in many categories such as personal freedom, same-sex relationships, and religious liberties (The Human Freedom Index, 2019). It should however be noted that although same-sex sexual activity is legal in the country, there is no legal recognition of same-sex marriages. Additionally, the LGBTQ+ community lacks adoption rights. Support for the legalization of same-sex marriage is very low in the country, with 71 percent of Lithuanians expressing opposition in a 2015 Eurobarometer survey. Issues like xenophobia and discrimination are far less prominent in Lithuania than in other major European countries.

There are currently six (6) populist parties in Lithuania.[1] Rather than employing mainstream populist agendas, such as anti-immigration and anti-EU attitudes and protectionism, these populist parties largely focus on anti-establishment rhetoric – namely, the perceived abuse of power by the corrupt ruling elite. Unlike their peers in the Central European and Baltic post-communist countries, left-wing populism – predominantly in the form of anti-elitism – prevails in the country. However, the populist flash in the pan seems to have been fizzled out already. In 2019, the country had a presidential election during which two pro-Europe, center-right candidates competed, with Gitanas Nausėda, an independent centrist, being elected president. Former President Dalia Grybauskaite said Nausėda’s election was an indication of “the maturity” of Lithuanian voters: “People have values that cannot be impacted by populism or blackmail,” she said (Grigas, 2019). The vote shares of PTT and the DP have been steadily declining since 2012. A majority of PTT deputies have already left the party, while the DP had their worst electoral showing, winning a mere 4.8 percent of total votes and only two seats in the Seimas. No one expects PTT, the DP, or any other populist parties to succeed in the immediate future.

Grigas, Agnia (2019). “Lithuania shuns populism with the election of a pro-EU president.” Atlantic Council, May 29, 2019. https://www.atlanticcouncil.org/blogs/new-atlanticist/lithuania-shuns-populism-with-the-election-of-a-pro-eu-president/ (accessed on July 28, 2020). 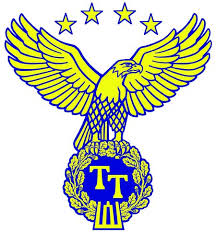 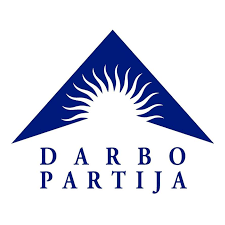 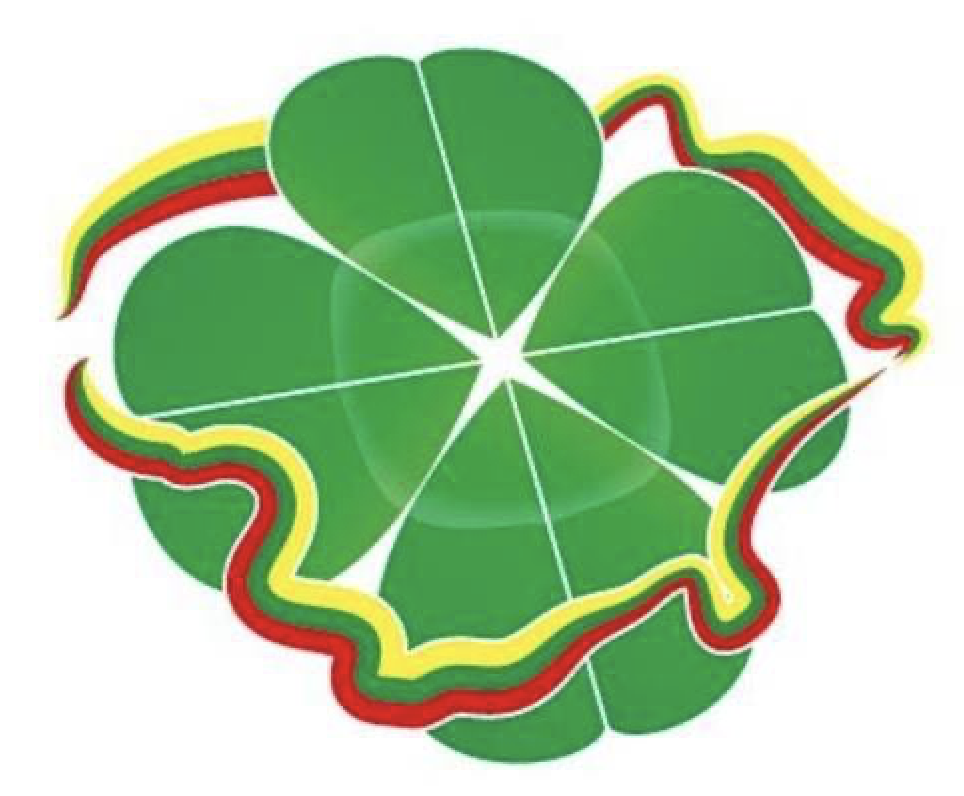