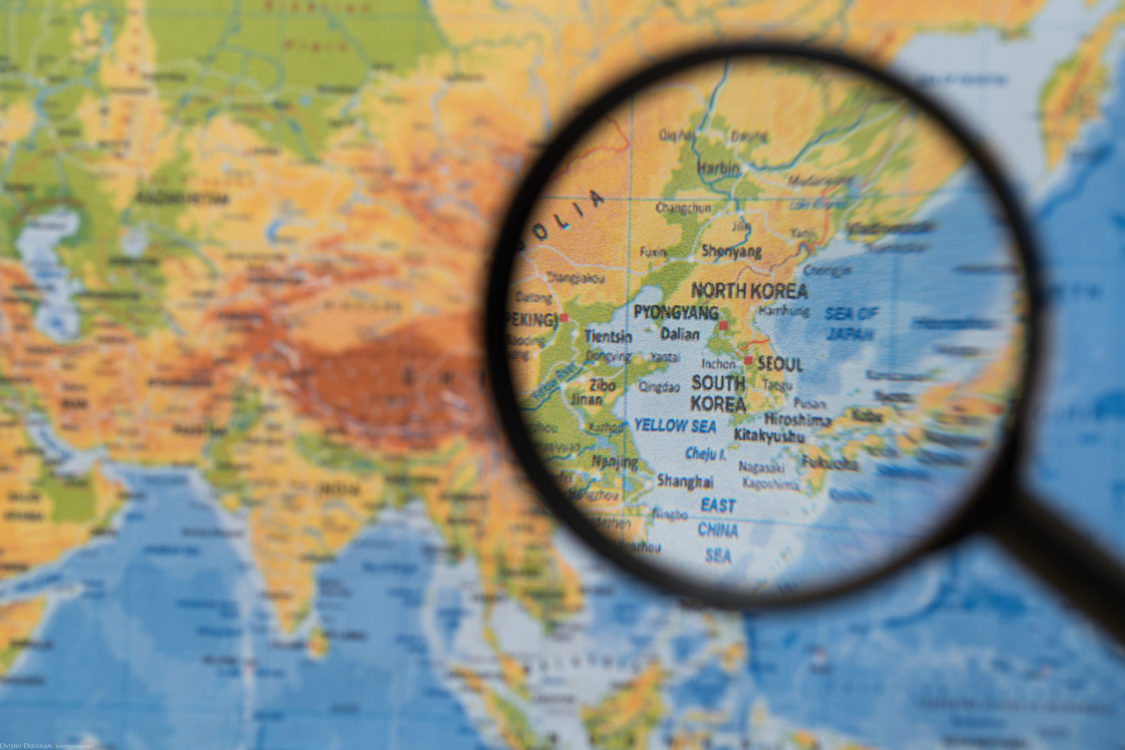 Over three generations, the hereditary dictatorship in North Korea has exploited the insecurities of the people. The populism that fuels xenophobia and showcases dreams of socialist reforms is merged with themes of heroism and sacrifice. This has led the state to become one of the most oppressive in the world. The third generation of the Kim dynasty relies on the founding principles of “military first” and “self-sufficiency.” The mythological hero image has played a huge role in the survival of the dynasty. The Kims have always promised a brighter future to the people of North Korea, without ever delivering.

North Korea is part of the Korean peninsula in East Asia. The country was isolationist. At a time when European forces were colonizing various parts of the region, it remained closed off to the world. However, successive regional tensions between the Japanese and Chinese forces and later, Russia’s war with Japan led the region to fall into the hands of the Japanese forces. They rapidly colonized the region between 1910 to 1945. It was handed to the allied American and Soviet forces after the Second World War (WWII).

The Cold War was responsible for shaping the political realities of North Korea. Following the end of WWII, the peninsula was divided in two. The government in the north was heavily influenced and supported by the Soviet Union, and South Korea sought the support of the Americans as their allies. To avoid open elections, the Soviet-backed Supreme People’s Assembly held its own rigged elections and announced the creation of the Democratic People’s Republic of Korea (North Korea) in 1948. This announcement soon led to civil war. North Korea sought to unify the peninsula under communism. During the three-year-long civil war, a stalemate led to two separate states being formed (Clemens, 2016).Over the years, North Korea was supported by the Eastern Bloc and the USSR. After the fall of the Soviet Union, the country has found itself closely allied with the People’s Republic of China (PRC).

Populism has been at the core of North Korean politics. A communist group called the Democratic Front for the Reunification of Korea (DFRK) with the support of the Workers’ Party of Korea (WPK), the Korean Social Democratic Party (KSDP), the Chondoist Chongu Party (CCP), and the Chongryon (Japanese settled in Korea) have dominated the Supreme People’s Assembly unopposed. Kim Il-sung, the first supreme leader, was able to establish a communist regime and turned it into a hereditary system. This has allowed the Kim family to maintain absolute power (Haggard, 1965). To maintain a stronghold over the country, Kim Il-sung’s tenure in power and the following rule of his son and grandson have all featured the use of populism.

The invasion and occupation of Korea by the Japanese forces was an ordeal that the Korean people have never forgotten. Kim Il-sung’s early involvement in guerrilla warfare against the Japanese and exile made him a credible revolutionary heroic leader. He promised communism would help the nation defend the country and bring about socio-economic change. The Juche (self-reliance) ideology was a populist ideology invented and propagated by Kim Il-sung. His idea was rooted in the argument that socialism was achievable if the nation was self-reliant. Thus, the ideology took root, acting as an antidote to the wounded pride of the Korean people. The ideology of self-reliance demanded a culture of sacrifice and obedience to authority for the greater good. The absence of individualism was automatic. Thus, a notion of nationalist familism was encouraged that superseded individualism (Haggard, 1965).

To help consolidate this notion, with the backing of the Soviets, Kim Il-sung led the country in a post-war effort to establish state-controlled and -owned agricultural and industrial facilities. The era produced some improvements in living standards compared to the South Koreans. The country rapidly developed a sizable industrial base, mostly through military equipment production. Mining—especially of coal—generated economic activity, and social development initiatives such as housing provided much-needed relief. Internationally, compared to South Korea, Pyongyang had well-knit ties with other communist states dotted throughout Africa and Asia. The leader was able to diminish the fear of Chinese influence as most of the PRC troops had withdrawn by the late 1950s (Haggard, 1965).

Against this backdrop, Kim Il-sung was able to consolidate his position. He increasingly positioned himself, through the state control of media, as a strongman, and benefactor. Gradually he emerged as a “father figure” of the nation (Richardson, 2015). Over the years, Kim’s increasing central importance in the country’s highly centralized systems allowed him to undermine and weed out any chance of opposition. For instance, a close confidant, and former communist nationalist, Pak Hon-yong, was purged and killed along with other key party members under the pretext of “espionage.” Gradually all opposition was eliminated (Chong-Sik, 1963). Kim was able to frame all issues as a matter of security and the integrity of “the people.” No matter how harsh the actions were, they were taken to protect “the people.”

As Soviet support dwindled toward the end of the Cold War, North Korea found itself in trouble. Socio-economic progress had not kept up with the early gains, which made the leadership look weak. South Korea was increasingly doing better with Japanese and American investments boosting industrialization and economic development. It was becoming a technologically driven economy while North Korea suffered shortages of basic necessities. Under these circumstances, to retain power, the regime boosted its narrative of heroism blended with militarism. This narrative has developed over seven decades in North Korea.

From the early days of the regime, the Kim family bestowed various titles on itself. They serve the purpose of mystifying the “heroic” symbolism of Kim Il-sung. He is known as “the Sun,” the “Great Chairman,” and “Heavenly Leader.” The school curriculum and the highly controlled Central News Agency are known for attributing god-like qualities to their leaders, narrated through heroic backstories. The regime’s efforts to limit access to the internet and the outside world and a regimented routine ensure that independent thought is not possible (Richardson, 2015). At the same time, flashy military parades, nuclear tests, military exercises, displays of weaponry, and cultural narratives of the heroism of Kim Il-sung and his heirs are an assurance to “the people.” In all these ways, the Kim family has been able to manipulate the discourse to amass power.

The use of propaganda to play on North Koreans’ fear of the West and the non-communist world has been standard for decades. The “otherization” of the outside is a linchpin of the Kims’ dictatorial dynasty. On rare occasions when voices of dissent are aired, the people are severely punished. For instance, defectors are shot if found escaping to South Korea. There is a vast network of “re-education” camps across the country. Anyone can be sent to prison. Offenses can range from viewing foreign films to more direct confrontation such as insulting the Kim family and leadership (Mucio, 2007).

The fall of Soviet Russia, North Korea’s main ally, had immense repercussions for the regime. The already struggling regime confronted rapidly deteriorating economic conditions and a disastrous famine in 1993. To counter the negative growth and loss of potential support, the regime embarked on a nuclear program. This helped reinforce the regime narrative of “self-sufficiency.” The people were told that the regime was pursuing the nuclear program as part of its quest to become a genuinely socialist republic. Thus, crisis situations were again turned into a question of the “security” of “the people.” Major funds were diverted from public welfare programs to the nuclear program in the name of the “national interest.” Thus, any suffering caused by diverting precious resources to nuclearization was “justified” (Wakefield, 2010).

With Kim Jong-il’s accession to power after his father’s death in July 1994, a new era dawned. A new dimension was added to the “self-sufficiency” ideal, and “military first” became a new pillar. It gave Kim Jong-il a few advantages as he used the narrative to bolster his own populist personality cult. His father, Kim Il-sung, had been a guerrilla and freedom fighter and thus had great legitimacy in the field of military training. Unlike his father, Kim Jong-il had no such experience and had to make up for this with aggressive spending on strengthening the country’s military and nuclear ambitions. While it improved his “strongman,” “savior/hero” image, it was again used to exploit already existing insecurities among the public. The militarization was deemed necessary against “external threats.” Thus, the urgent need for putting the military first was logical if the country was to become self-sustaining. During this time, the rural poor were hit hardest as food shortages became a terrible problem in the 1990s (Eberstadt, 2004).

The posthumous glorification of Kim Jong-il continued to bolster the Kim cult. Multiple statues of him were erected throughout the country. The curriculum and media glorified the mythology surrounding him, and he was declared the head of the state in spirit. This immortalization was an act of paying tribute to his “service” to “the people.” The third in the line and current dictator Kim Jong-un has followed the same dictatorial antics. Kim Jong-un dresses like his father and grandfather to retain the symbolic respect the Kim persona commands in the country. He is not afraid to position himself as a beacon of hope and change for “the people” who have long suffered (DuBois, 2021).

To ensure the Kim dynasty’s continued popularity, Kim Jong-un sought to maintain a direct connection with the people. He makes more frequent public visits and poses in more relaxed surroundings for his media team. He retains the “strongman” persona and is regularly pictured shooting weapons and riding tanks; at the same time, he is portrayed with a more personal touch riding horses, gardening, and using modern technology. He has also extensively engaged with Western countries. His outreach to the US and South Korea for a peaceful resolution to the Korean unification question is seen as reassuring for the public. His close ties with China are a stable source of revenue to keep the country afloat. The sporadic breaking off from peace talks and threats of nuclear violations and attacks on neighboring Korea have helped bolster his “strongman” image. This dramatic behavior has been an integral part of the North Korean leadership style for decades (DuBois, 2021; Pak, 2018).

Kim Jong-un uses the same populist narrative that his father and grandfather employed during their reigns. He ensures the people of North Korea feel secure under his leadership. He reaffirms the nation’s need for sacrifice so that the country survives and can reach its vision of “true” communism. Over the years, the WPK has remained the vehicle for the Kims to maintain their control and narrative. The party is the largest in the country and has always gained a super majority in the Supreme People’s Assembly. Like the Supreme Leaders, the Assembly is increasingly heredity, with the highest ranks being passed on from one generation to the next inside North Korea’s leading family groups.

The WPK has used xenophobia, ultra-nationalism, jingoism, and far-right reformist ideas along with the songbun (the categorization of citizens into a class system based on their “loyalty” to the state) as ways of propagating populist ideals. This system has been a way of ensuring the party maintains power. The state controls virtually all information mediums. Anyone objecting or suspected of disloyalty is either sent to re-education camps or simply executed. The WPK’s members are part of the communist elite who have been close confidants of the Kim family since the 1950s. There is a clientelist symbiotic relationship between the two.

North Korea has outlasted most communist regimes from the twentieth century. Three generations of dynastic communism have made North Korea the most oppressive and centrally controlled places on Earth. Years of propaganda have effectively defined “the people” as the citizens of North Korea. It has “otherized” anyone as anti-communists such as Western forces. The voices of the opposition are non-existent in this brutal regime. 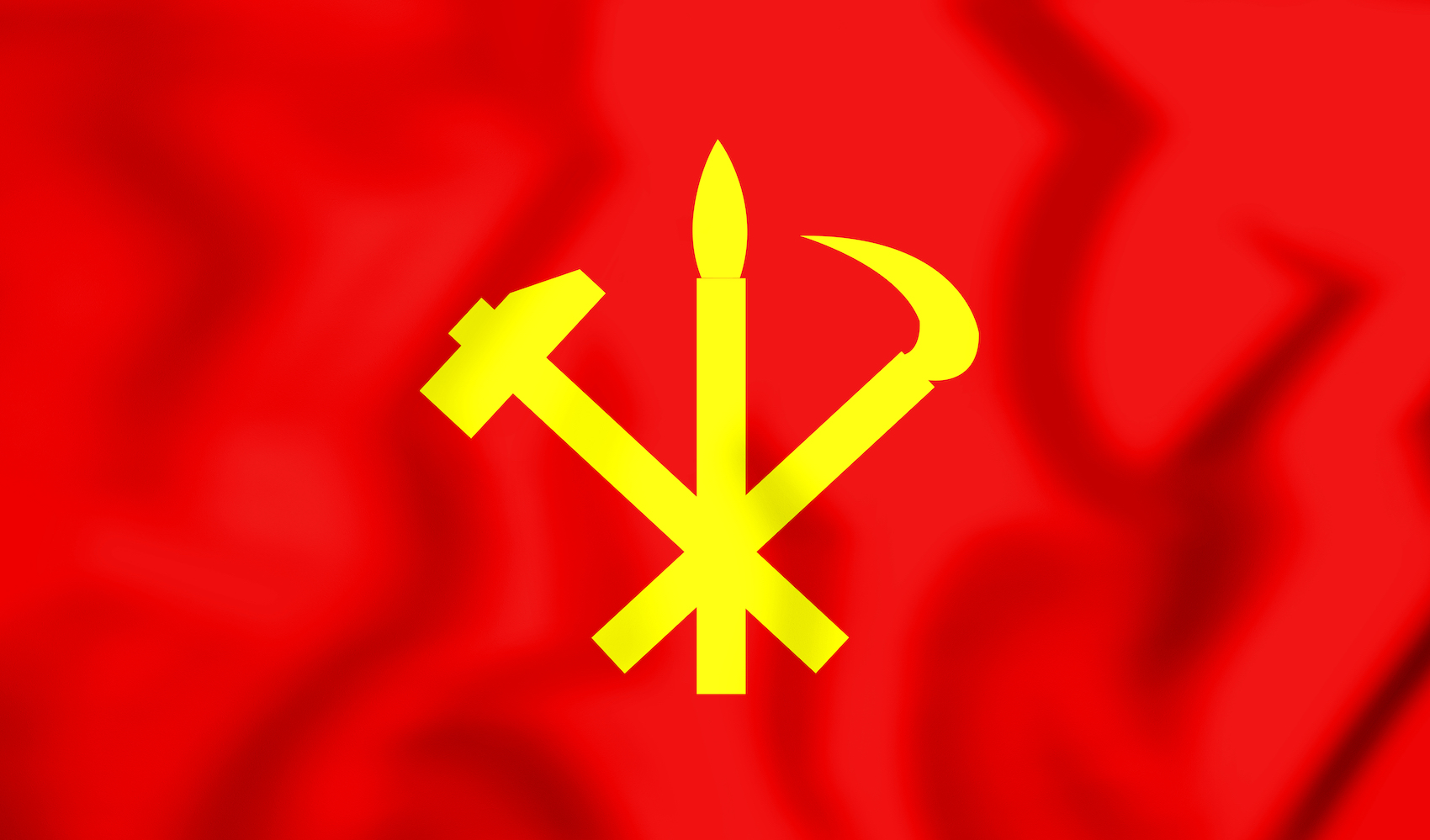 Ideology: Self-sustainability and military first ideologies that are rooted in ultra-nationalism, xenophobia, communism, and reformism