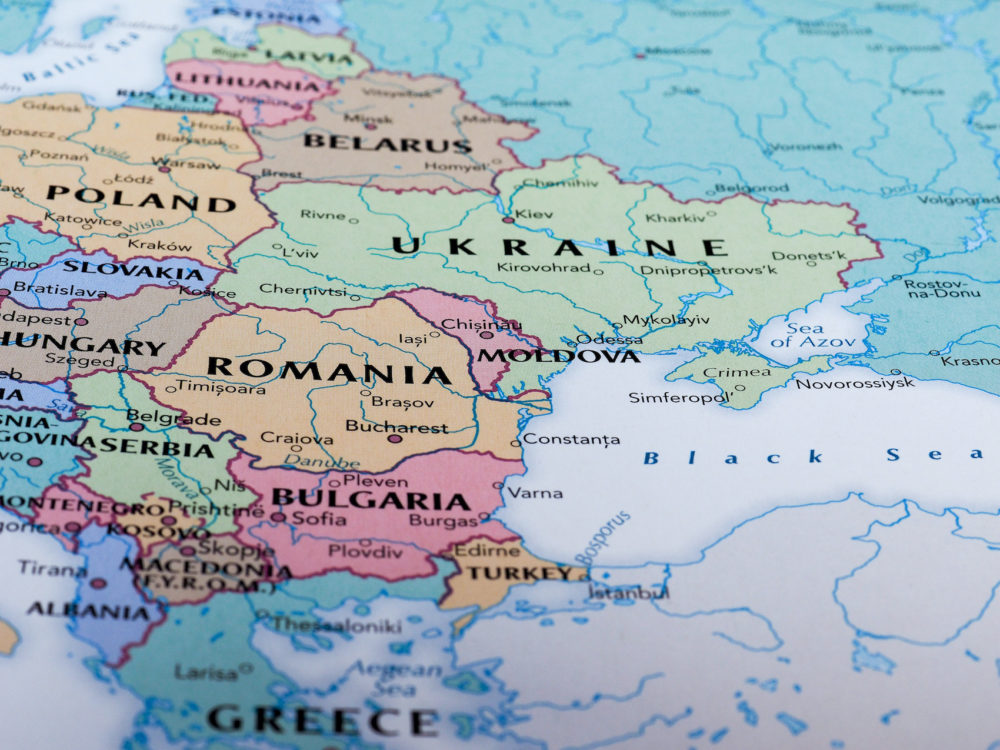 Unlike their peers elsewhere in the region, Romania’s populist parties have not seen electoral success the past few years. Rather than following the mainstream populist currents, such as anti-immigration, xenophobia, and protectionism, populism in the country largely revolves around long-term exhaustion with institutional corruption, bribery, and abuse of power by the ruling elite. This is partly because mainstream parties, such as the Social Democratic Party (PSD) and the National Liberal Party (PNL), anticipated the rising trend of populism in Europe and thus incorporated its rhetoric into their own politics.

Located in southeastern Europe, Romania is a semi-presidential republic and the largest of the Balkan countries. Given the country’s long and painful experience with a neo-Stalinist dictatorship under Nicolae Ceausescu, populism as we understand it today is by no means a new phenomenon for Romanians. Indeed, blended with nationalism and the rhetoric of a self-sufficient Romania, populism’s “direct appeal to the People” advanced Ceausescu’s ideology of Nationalkommunismus (national communism), allowing it to survive for decades. With the end of the Cold War, Romania then saw the birth of a right-wing nationalist populism under the nationalist Great Romania Party (PRM). The vacuum created by the waning of the PRM’s (already limited) influence in the 2000s was partly filled by the former president Traian Băsescu. Adopting an anti-elitist and anti-establishment position, Băsescu campaigned for years on eradicating corrupt state officials, punishing them, and ending systemic corruption (Dragoman, 2017). Today, populism in Romanian politics remains in line with a similar anti-establishment understanding, namely opposition to corruption, bribery, and abuse of power by the ruling elite.

The territories which today fall within the borders of modern Romania have seen many empires come and go, from the Roman to the Austro-Hungarian. After several centuries under the rule of the Ottoman Turks, Romania achieved independence after fighting on the Russian side in the 1877-1878 Russo-Turkish War. The country was officially recognized as an independent state by the 1878 Treaty of Berlin. In 1881, a constitutional monarchy was established with the crowning of prince Karl of Hohenzollern-Sigmaringen as King Carol I. When the monarch opted to join the Allies during the Second World War II in 1944, Romania was unavoidably opened up to Soviet influence, boosting Communist-dominated coalition governments that eventually led to the abolition of the monarchy. In 1947, the country became a “People’s Republic” under the rule of a Marxist-Leninist communist party, marking the beginning of Romania’s painful alliance with the Soviet-led Eastern Bloc, which lasted until 1989.

In 1965, Romania came under the rule of the notorious tyrannical dictator Ceausescu, who managed to maintain one of the most repressive regimes in the former Eastern Bloc until he was overthrown in 1989. The Ceausescu era was characterized by arbitrary detentions, torture, and cruel trials and punishments against regime dissidents. Countless numbers of people who fought against the communist regime were killed and dumped in anonymous graves across the country (France 24, 2009). Thousands of children were mistreated by the regime’s inhumane network of juvenile internment institutions (Walker, 2019). The long-ruling dictator was then succeeded by Ion Iliescu, a former communist, and a Ceausescu ally. Soon after he assumed power as interim president, he ordered tens of thousands of security officers to stifle protests, during which some 862 people were killed and thousands of others were injured and detained. In 2017, Iliescu was charged with crimes against humanity for his role in the bloody uprising that toppled the communist government in 1989 (BBC News, 2019).

However, despite a turbulent political environment, and the communists’ reluctance to relinquish power in the post-Cold War period, Romania was quite successful at building functioning democratic institutions post-2000: the country gained accession to the North Atlantic Treaty Organization (NATO) in 2004 and then to the European Union in 2007. Unlike many other EU members, Romania entered the Union with a poor socio-economic background, characterized by economic inequality and systemic corruption. Additionally, the country has suffered from significant human rights abuses, particularly against certain disadvantaged groups, such as the LGBTQ+ community and the Roma – the latter constituting nearly 10 percent of the national population (Zafonte, 2017). The country is still not a part of the Eurozone and the Schengen area.

Despite these conditions seemingly open to exploitation, Romania’s populist parties failed to see similar successes to those of other right-wing populist parties across Europe. Several right-wing parties were founded in the aftermath of the 2010 European sovereign debt crisis, but none broke through. The four undermentioned leading political parties received slightly more than 4 percent of all votes cast in the 2016 general election, while their counterparts wreaked havoc in neighboring countries such as Greece and Italy during the same years. They are not expected to do any better in the near future.

The foremost populist party in Romania is the United Romania Party (PRU) – Partidul România Unită. Founded in 2015, PRU is a nationalist party that openly opposes migration, adoption of the Euro, same-sex marriage, and the Transatlantic Trade and Investment Partnership (TTIP) (Agerpres, 2016). The party’s executives disapprove of Romania’s close relations with the West. Indeed, the vice president of the party, Ovidiu Hurduzeu, reportedly called for an “immediate exit of Romania from the EU and NATO” (Andrieș, 2016). The party currently has no deputy in Parliament. It received 2.71 percent of all votes in the legislative election of 2016.

Although it is currently insignificant and almost extinct, the Great Romania Party (PRM) – Partidul România Mare – is another populist party worth mentioning. Founded in 1991, the PRM was considered a right-wing extremist party in the 90s. It was heavily intertwined with the personal charisma of its strong nationalist leader Corneliu Vadim Tudor. In general terms, the party is known for its sympathy towards the Ceausescu era and with its hostile stance towards the Democratic Alliance of Hungarians, a Romanian political party representing the country’s Hungarian minority (Terry, 2014). The PRM is also known for its antisemitic discourse. In the 2016 general election, it received a scant 1.04 percent of all votes.

The New Generation Party – Christian Democratic (PNGCD) – Partidul Noua Generație – Creștin Democrat – is another populist party with very limited influence on Romanian politics. The party’s leader Gigi Becali is known for his sympathy for the Iron Guard (Garda de Fier), a Romanian fascist movement that enjoyed major social and political influence in the 1930s and 1940s. Becali was charged several times with homophobic, sexist, antisemitic, and discriminatory statements against ethnic minority groups (Cinpoeş, 2012). The party did not participate in the last two general elections.

The Romanian Socialist Party (PSM) – Partidul Socialist Român – is another populist political party, though it has left-wing extremist tendencies. PSM received a total of 24,580 votes in the 2016 general election, which is equivalent to 0.35 percent of the total votes.

Romania’s populist parties have not replicated the success of populist parties elsewhere in Europe. Rather than following the mainstream populist policies, such as anti-immigration, xenophobia, and protectionism, populism in the country largely revolves around long-term exhaustion with institutional corruption, bribery, and abuse of power by the ruling elite. In a major contrast to neighboring countries, immigration has not been a major issue in Romanian politics (Mungiu-Pippidi, 2018a).

There are several reasons populism has failed in Romania. The first and foremost is that the mainstream parties, such as the Social Democratic Party (PSD) and the National Liberal Party (PNL), anticipated the rise of populism in Europe and thus incorporated its rhetoric into their own politics (Alexandru. 2016). In the run-up to the 2012 election, PSD turned into an anti-austerity party, with anti-corruption being its biggest message to voters. This “appeal to the people” manifested through judicial anti-corruption efforts. Between 2010 and early 2018, a total of 4,720 corruption charges were handed down to thousands of high-ranking officials including ministers, generals, and members of Parliament (Mungiu-Pippidi, 2018b).

Populism has also failed because rhetoric often associated with populist parties has already been a part of mainstream Romanian politics. For instance, Social-Democrats and Liberals are already inclined to discourses that are anti-LGBTQ+. In 2018, many members of these parties supported a referendum that attempted to constitutionally ban gay marriage. Identity-based politics is very common within the mainstream parties, which are hotbeds of conspiracy theories blended with nationalism, as well as anti-LGBTQ+ rhetoric. The mainstream parties already cater to the prevailing authoritarian social values.

In terms of civil liberties, Romania is a free country. The Romanian constitution provides all citizens with freedom of thought, opinion, religious beliefs, conscience, and of information (See Romanian Constitution). In practice, civil liberties are generally respected, although they often suffer from the ruling elites’ political interests as well as institutional and systemic corruption (Freedom House, 2019).

Walker, Shaun. (2019). “Thirty years on, will the guilty pay for horror of Ceaușescu orphanages?” The Guardian. December 15, 2019. https://www.theguardian.com/world/2019/dec/15/romania-orphanage-child-abusers-may-face-justice-30-years-on 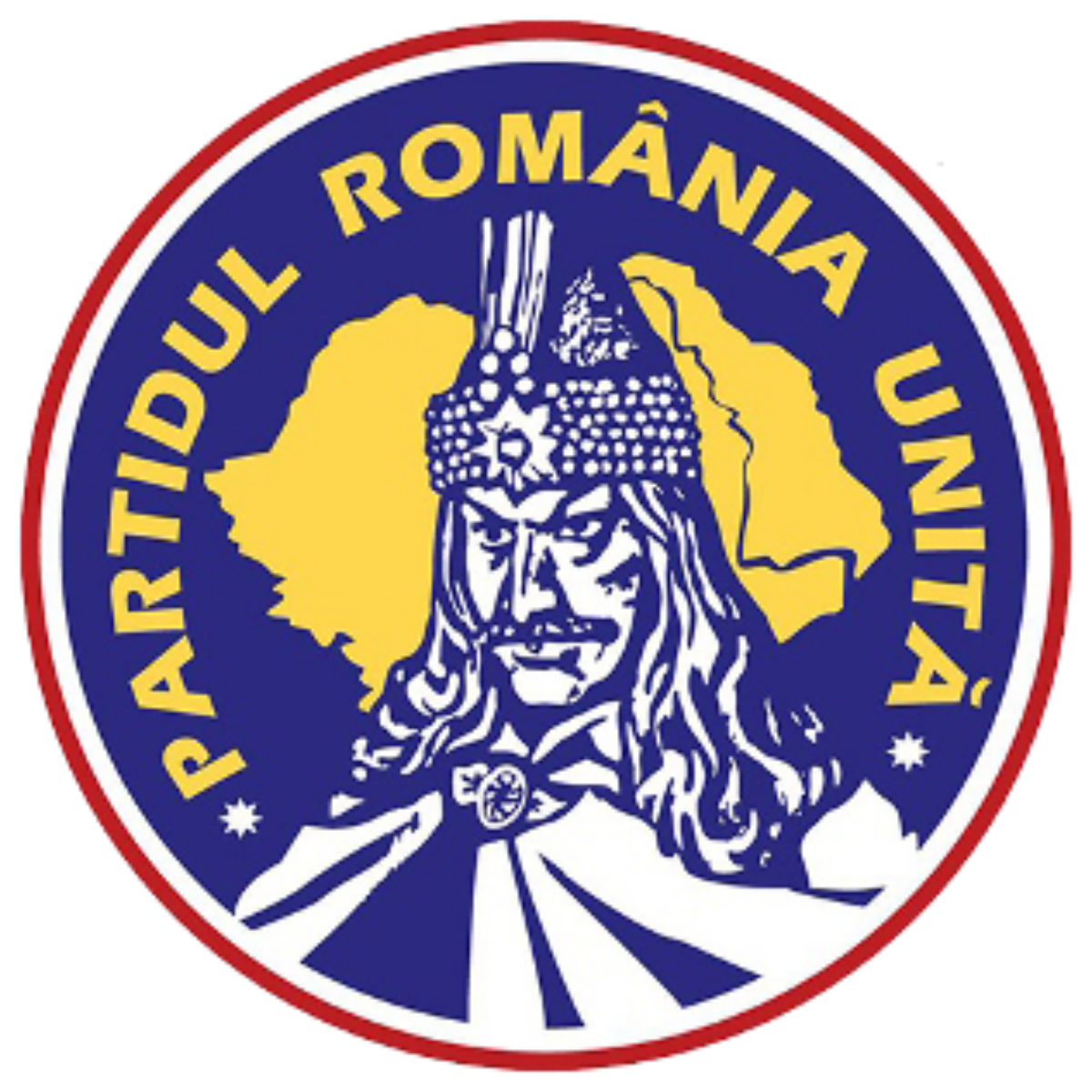 Position: no seats in Parliament.