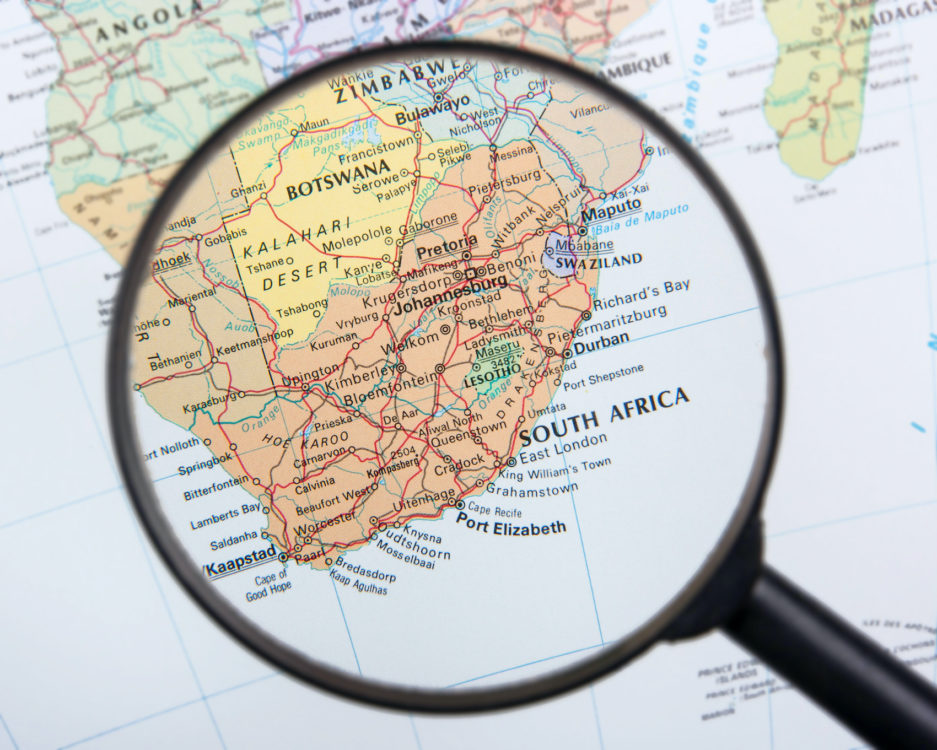 South Africa witnessed the cycle of a populist leader turning into a semi-autocrat under Jacob Zuma’s presidency. He came into power as an anti-elite by appealing to the urban poor. The decline of unions and civil society’s representation of the poor coupled with widespread disillusionment with the country’s elite led Zuma to power. His fall from grace in 2018 did not put an end to populism in South Africa. Racial divides and disenchantment with post-Apartheid hopes in an increasingly economically unjust society have led to the rise of the somewhat radical Julius Malema and his EFF party. Malema and the EFF have been particularly successful at gaining support amongst the youth and urban poor. In the last two elections, other, smaller populist parties have also emerged.

The Republic of South Africa (RSA) is located at the southern tip of Africa. The modern-day, democratic republic was founded in 1961, although it remained segregated through apartheid until the country’s first, truly free elections in 1994. South Africa today is a multicultural society; its population has both African and European ancestry. Despite South Africa’s rich cultural history, its people have faced centuries of socio-economic servitude, violence, and discrimination, especially at the hands of the Dutch and British colonists.

Prehistoric evidence indicates that early humans settled in the region perhaps 100,000 years ago, making it one of the oldest inhabited places in the world. In 1652, the Dutch East India Company established a permanent settlement – what is today Cape Town – on the Cape of Good Hope. The British arrived in southern Africa during the 18th century, and after a century of disputes and tumult between the British, the Dutch Boers, and indigenous populations, the British seized control of the territories that now compromise modern South Africa following the Second Boer War, which ended in 1902.

The Union of South Africa was completely independent by 1931. To mend relations with Europe, the country gave its support to the Allies during the Second World War. Following the war, the racist National Party (NP) seized control of the country, formalizing existing racist policies put in place by Dutch and English colonists. This legal system of discrimination and segregation was known as apartheid. The NP dominated the country through the use of violence and repressive policies. Resistance to apartheid was led by the Africa National Congress (ANC), the Azanian People’s Organisation, and the Pan-Africanist Congress (PAC). Their leaders were routinely arrested and jailed, but widespread resistance eventually led to the country’s first free, open elections in 1994. This vote paved the way for historically marginalized Africans and people of color to become equal citizens under the law.

In the 1994 elections, the ANC won a majority in the government, with Nelson Mandela becoming the country’s first democratically elected president. The end of apartheid did not mean the end of divisions within the country. The country was still beset by racial tensions, poverty, and health pandemics such as HIV/AIDs. The ANC’s promised welfare provisions were not fully delivered; the cost of living increased while wages remained low; and promises of wealth redistributions were not seen through. Thabo Mbeki, who succeeded Mandela as president, opposed many of the ANC’s left-wing promises. Mbeki pursued neoliberal policies that created tensions between the ANC’s two coalition partners, the Confederation of South African Trade Unions (COSATU) and the South African and Communist Party (SACP) (Saunders 2005).

Despite these ideological differences, the ANC shifted to a free-market plan called “Growth, Employment, and Redistribution” (GEAR). Abahali base Mjondolo, or “shack dwellers,” in major cities organized marches where they decried “No Land, No House, No Vote.” Economic tensions led to further racial rioting in the early 2000s. Problems were further exacerbated by a shift in trade unions. Historically, these unions represented South Africa’s most vulnerable workers, including the unskilled and semi-skilled. Over time, they came to represent upper- to middle-class workers, including the “skilled, supervisory, and clerical laborers” (Pillay 2008).

With voters disappointed by the government and civil society’s inability to secure their interests, Jacob Zuma emerged as a populist leader from within the ruling ANC. Zuma was successfully able to blame the ANC’s failure on Mbeki’s leadership rather than political-economic institutional failures and shortcomings. Leveraging popular disillusionment and inter-alliance squabbling within the party, he was able to secure the ANC’s leadership in 2007. Zuma’s populist campaign earned support by targeting the urban poor and portraying Zuma as a charismatic “common” man versus the establishment’s “elitists,” who was running the country through a technocracy.

Zuma’s public image was founded upon his humble beginnings as a goat-herder who received no formal education. To woo voters, he met the urban poor and connected with the country’s “marginalized,” listening to their hardships, which included a lack of sanitation and access to water and electricity. On the campaign trail, he pledged increased public spending with a dual mission of providing more services and creating employment (Resnick, 2010). His electoral campaign also used the song “Bring Me My Machine Gun,” which personified and voiced the struggles of the disenfranchised who were suffering at the hands of the “distanced ruling elite” (Gunner 2008).

Zuma’s rallies featured a blend of music and dance, with the candidate himself dancing while the crowd chanted slogans of “liberation.” Many poor voters saw him as a “messiah” (Resnick, 2010). Unlike previous leaders, Zuma showed-off his Zulu heritage, courting the clan’s support (Meyer, Durrheim & Foster, 2016). Interestingly enough, Zuma did not ostracize white Afrikaners during the campaign, despite their support for apartheid policies before 1994. Afrikaners were also impacted by the economic turmoil; courting them also earned Zuma populist support (Resnick, 2010).

Zuma’s charisma and populist narrative gradually dissipated. By 2013, he was unable to live up to most of his policy promises. The popular discontent that elevated him to the office was used by other political groups to turn the narrative against him. Corruption scandals eventually forced him to resign in 2018. The Centrist opposition party, the Democratic Alliance (DA), has tried to use the ANC’s failures to gain popular support, but its own neoliberal policies have failed to attract voters.

The Julius Malema-led Economic Freedom Fighters (EFF) is the new face of populist-nationalism in the country. Founded in 2013, the EFF’s manifesto states that “South Africa belongs to all who live in it.” The EFF came into existence when Malema and Floyd Shivambu were excommunicated from the ANC Youth League (ANCYL) in 2012 on charges of inciting racism with their extremist comments. The EFF has gained frenzied attention from the media due to its extreme leftist, socialist views which include elements of Pan-African ideologies that are voiced using theatrics – e.g., their red, Che Guevara style caps and uniforms (Friedman 2014).

Despite being initially dismissed as “a hodgepodge of different ideological and political strains melding the incendiary politics of ‘radical blackness’ with elements of socialism,” the party has emerged as the third-largest in the last two general elections (Sithembile, 2015; Friedman 2014). It has reignited populist sentiments among the urban poor and younger voters by addressing core issues surrounding economics and race in South Africa. The EFF seeks to nationalize mines, banks, and large factories; advocates for the notion of public property and the redistribution of private property; and uses its socialism and pan-African ideologies to create a dichotomy between the “white thieves” and the “marginalized blacks” (Mbete, 2015). Malema and his EFF have reignited pre-Apartheid nationalism: the whites and an “overly compromising, older ANC” are the “thieves,” and common, black Africans are denied their fair share (Terblanche, 2018).

Malema has carefully centered the party’s campaigning around incidents such as the Marikana massacre, anti-government protests, and controversy over the development of Zuma’s residence at Nkandla. This focus has allowed him to appeal to the poor and marginalized segments of South Africa, who are being “exploited by capitalism” by the “political elite”; his “bad manners,” “unapologetic behavior,”  and “revolutionary” dress reflect the anti-establishment struggle against the democratic politics of the status quo (Sithembile, 2015).

The EFF has repeatedly used the symbolism of revolutionary, socialist, and pan-African icons to distinguish its “genuine revolutionary struggle” and to foster identification among the working class (Magmoe, 2019; Sithembile, 2015). The party has made use of election posters, door-to-door campaigns, large rallies held in every province, and television advertisements. Additionally, Malema has supported “the people” whenever protests arise (Maromo 2014). As a new party, the EFF made a significant impact in the 2014 election, securing 6.35 percent of all votes, giving it 25 seats in parliament. Between the 2014 and 2019 elections, the EFF has secured its place in the opposition as the third-largest party in the country. It now has 44 seats in the National Assembly following the 2019 elections.

The EFF’s “radical” behavior in parliament along with Malema’s racist comments has kept it relevant in the media and on social media platforms. Compared to other populist parties – such as the Congress of the People (Cope), which won 7.4 percent of all votes in 2009 but failed to capture more than one percent of all votes in 2014 and 2019 – the EFF’s continued success suggests it can stay relevant.

2019 also saw the emergence of a far-right South African party, the African Transformation Movement (ATM), which won two seats. The party won support from Evangelical Churches (attended by 25% of the population) with a message of stronger border control. ATM also tapped into support from rural leaders and by using “tough on crime” rhetoric (Fogel, 2019).

While the ANC and DA still dominate politics in the country, the existence of the EFF and other smaller populist parties show that South Africa is ripe for populism due to its socio-economic struggles. In 2019, a survey revealed that after Brazilians, the South African public holds the most overt populist opinions. 39 percent of South Africans could be categorized as “populist voters” (Phillips, Burke & Lewis, 2019).

Despite its struggles with equality, South Africa fares well in its freedoms, especially compared to many other countries in Africa and the developing world. South Africa shows real promise that it might mature into a true democracy. Nevertheless, the rise of populist parties poses a question to the burgeoning democracy: which path will it choose?

Mbete, Sithembile. (2015). “The Economic Freedom Fighters: South Africa’s Turn Towards Populism?” Portions of this article have appeared in Kujenga Amani (forums.ssrc.org/kujengaamani/2014/05/05/south-africa-2014-elections/#.VEaDBvldUW1) and the EISA South Africa 2014 Election Update, issue No 9 (accessed on October 4, 2020).

Phillips, Dom Burke, Jason and Lewis, Paul. (2019). “How Brazil and South Africa became the world’s most populist countries”. The Guardian. May 1, 2019. https://www.theguardian.com/world/2019/may/01/how-brazil-and-south-africa-became-the-worlds-most-populist-countries  (accessed on October 4, 2020).

Terblanche, R. Wayne. An analysis of Populism and Human Rights in South Africa. Submitted to the Department of Political Science in fulfillment of Master’s degree at the University of the Free State. https://scholar.ufs.ac.za/bitstream/handle/11660/10245/TerblancheWR.pdf?sequence=1&isAllowed=y (accessed on October 4, 2020). 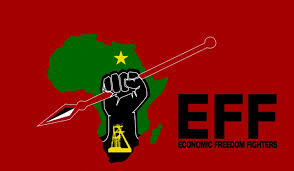 Position: 44/400 seats in the National Assembly 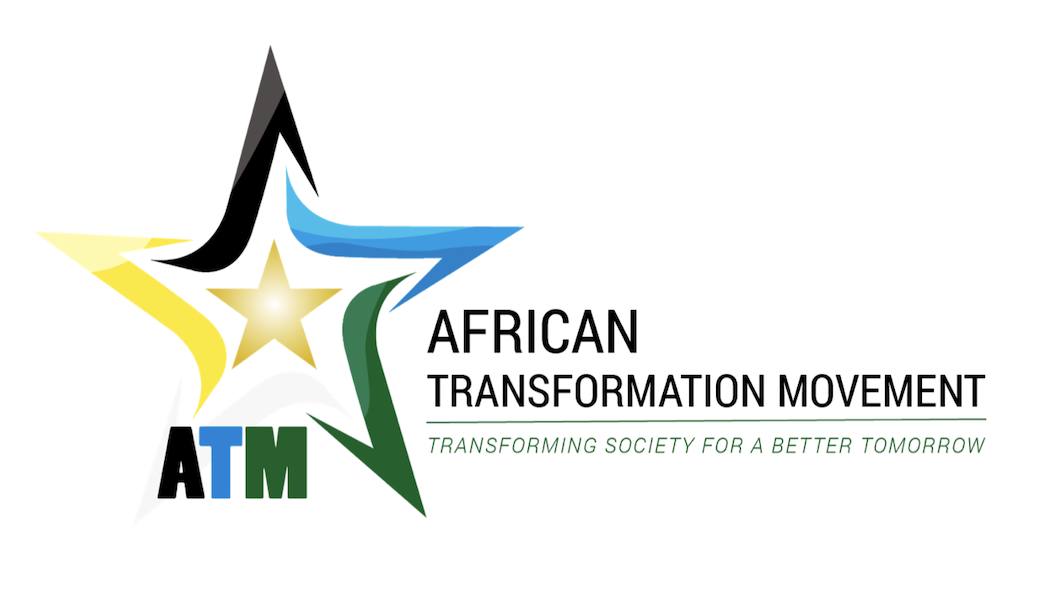 Position: 2/400 seats in the National Assembly