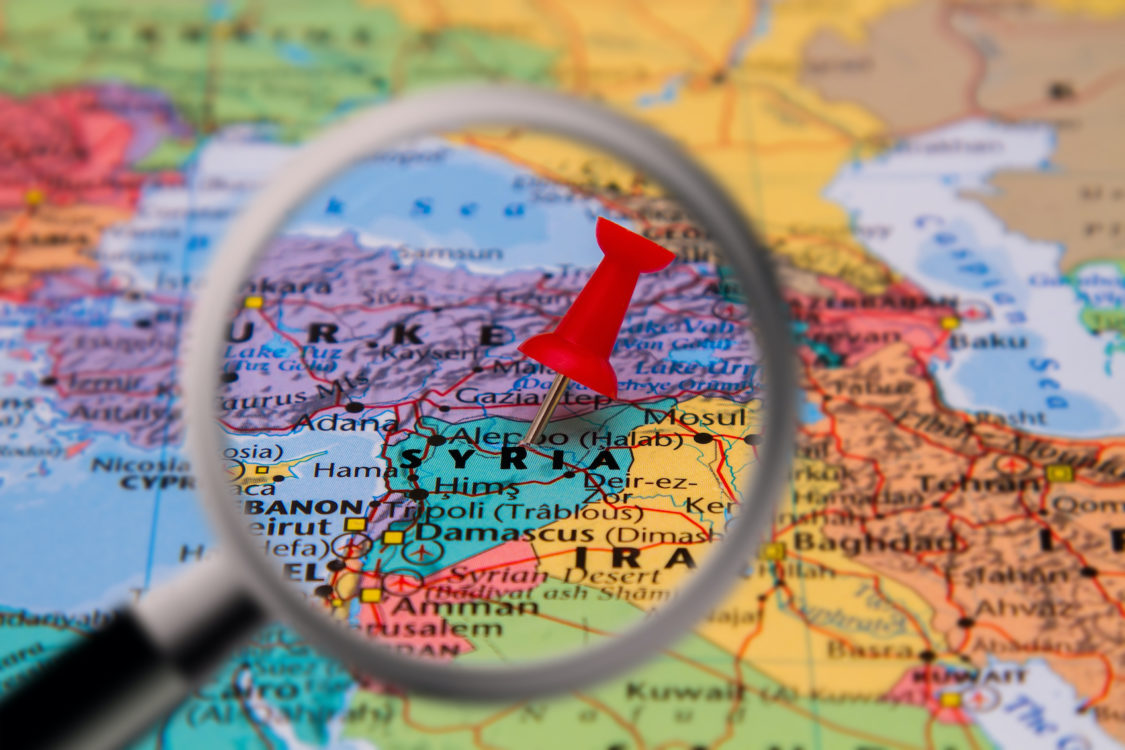 When Bashar al-Assad assumed the presidency upon the death of his father, in July 2000, he opted to maintain his father’s neopatrimonial, clientelist relationship with the Syrian people. He did this namely through the distribution of resources to consolidate political power. The Assad regime’s discourse has been full of populist pledges to fight corruption, advance democracy and good governance, and modernize through investments in education and technology. The Assad presidency, however, took a different turn in March 2011, with the ensuing civil war leaving an estimated 593,000 people dead, while millions more were forcibly displaced.

Located in western Asia, Syria, officially the Syrian Arab Republic, has long been a country riven by political instability that has often resulted in violence, most recently in the form of a brutal civil war fuelled by intense and deep frictions between the country’s ethnic, religious, and political groups. For at least three decades following independence in 1946, the country was ruled by a series of short-lived and weak governments. From the mid-1940s to the early 1970s, at least eighteen presidents assumed office either via symbolic elections or through military coups. Nureddin al-Atassi’s figurehead presidency, from 1966 to 1970, was the longest lasting of these weak administrations. Some presidents only held power for a few weeks.

Authoritarian stability eventually arrived when Hafiz al-Assad appointed himself president following a military coup in 1970. Assad’s authoritarian rule continued until his death in 2000, when he was succeeded by his son, Bashar al-Assad.

Father Assad’s long journey in Syrian politics dates back to the early 1960s. He was one of the participants of the 1963 Syrian coup d’état, which handed power to the Syrian Regional Branch of the Arab Socialist Ba’ath Party. The coup, also known as the 8th March Revolution, had strong populist features, as it was carried out by a Ba’athist group composed of an alliance between the anti-oligarchic lower middle classes, marginalized minorities, and peasants (Dusen, 1975).

This alliance was made possible by certain specific conditions, including: (1) an increasing reaction to what they believed was “imperialism” and highly-radicalized Arab nationalism, further fuelled by the creation and settlement of Israel; (2) the emergence of a new and reactionary middle class; (3) the evolution of the military, with its members perceiving reforms as necessary and inevitable; and (4) peasant mobilization and support for Ba’athists due to a deep agrarian crisis caused by what they believed was “capitalist penetration and land concentration” (Hinnebusch, 2001: 3-5). The Ba’ath’s seizure of power in 1963 was perhaps Syria’s first experience with populists taking political power.

Although it was initially seen as an anti-establishment “revolution” against Syria’s traditional oligarchy, the Ba’athist takeover, in the long run, became an authoritarian regime that simply sought to survive by “carrying out a revolution from above” (Hinnebusch 2001: 44). Only three years later, Hafiz al-Assad joined a second coup d’état, in 1966, against the traditional leaders of the Ba’ath Party, instead favouring General Salah Jadid. He eventually executed a third coup d’état – his own – in 1970, marking the beginning of the undisputed Assad era.

Hafiz al-Assad possessed many of the intrinsic qualities of populist leaders, such as extraversion, persuasiveness, narcissism, psychopathy, and Machiavellianism (Nai & Coma, 2019). Over the course of his rule, he carefully constructed an image of himself as saviour of the nation, embellished by populist slogans that emphasized his role in the continued well-being of the country. Among the titles he often used were Al-qa’id ila al-abd (The Eternal Leader); Bani Suriyya(The Builder of Syria); Amal al-ummah (The Hope of the Nation); Munadil (The Struggler); and Qai’d al-masira (The Leader of the March) (Bar, 2016: 354).

Although he was an Alawite, a sect of Shia Islam that is often disregarded and marginalized by Sunni Islam and vice versa, Assad managed to appeal to Syria’s Sunni majority; he was accepted as a “a true Muslim” and thus a true leader (Bar, 2016).

The proffering of material goods in return for political support – often known as clientelism – played a significant role in the consolidation of the Assad regime. In the first years of his presidency, Assad seized full control of the economy, including the management of almost all the country’s resources, including oil production. These financial resources allowed the regime to create a segmented distribution system to deliver economic opportunity and welfare via centralized state patronage. This, in return, sped up the regime’s state-building process. From the 1970s on, however, increasing clientelism catalysed competition and rivalry, creating a merciless patronage process for many Syrians who wanted jobs, welfare, and/or other privileges (Hinnebusch, 2002: 85).

When Bashar al-Assad assumed the presidency upon his father’s death, in July 2000, he opted to maintain his father’s neopatrimonialist and clientelist relationship with the Syrian people. Like his father, he achieved this mostly through resource distribution to consolidate political power. In addition to his father’s traditional clientelism, however, the Son Assad, faced with the reality of diminishing material goods, also expanded the regime’s full control into the indirect economy, such as business opportunities, taxes, and customs duties. Additionally, the regime’s discourse was peppered with populist ideas, such as modernization, anti-corruption, and pledges to invest in education, technology, democracy, and good governance (Becker, 2006: 67).

As part of the initial reform efforts, Assad closed down the notorious Mezzeh prison, where thousands of political prisoners were held in poor conditions throughout his father’s presidency. He also released hundreds of political prisoners allegedly affiliated with regime-critical Muslim Brotherhood, a transnational Sunni Islamist organization. Despite the promises and limited reform attempts, however, the younger Assad’s regime soon reverted to a traditional police state with little tolerance for dissent. Additionally, little or no progress was made economically, as the country’s economy remained dominated by agriculture and oil, the former accounting for an estimated 26 percent of the GDP, while the latter comprised another 25 percent (FAO, 2017).

Assad’s presidency took a dramatic turn in March 2011, following demonstrations that were part of a wider wave Arab Spring uprisings. These protests were violently suppressed by the regime’s forces. Less than four months later, protests that demanded democratic reforms, an increase in freedoms, abolition of the emergency law, and an end to corruption, had spread to at least 20 cities across the country. Assad refused to yield to the protester’s demands or international pressure. In July 2011, the first stages of the civil war began, with armed militias beginning to crop up across Syria to oppose the regime’s forces. Following the failure of a brief UN-mediated cease fire attempt between April and May 2012, the conflict quickly escalated to a full-fledged civil war. It is estimated that 593,000 people have been killed since the beginning of the clashes, while millions were displaced or fled the country (SOHR, 2020). Despite international sanctions and the ever-deteriorating humanitarian crisis within the country increasingly cornering the Assad regime, the most likely scenario for the future is the continuation of the status quo – that is, a continued collapse. This is largely due to the continued support provided to the regime by countries like Russia and Iran and the Shiite militia Hezbollah.

— (2017). “Counting the Cost: Agriculture in Syria after six years of crisis.” FAO – Food and Agricultural Organization of the United Nations. April 2017. http://www.fao.org/emergencies/resources/documents/resources-detail/en/c/878213/(accessed on January 27, 2021). 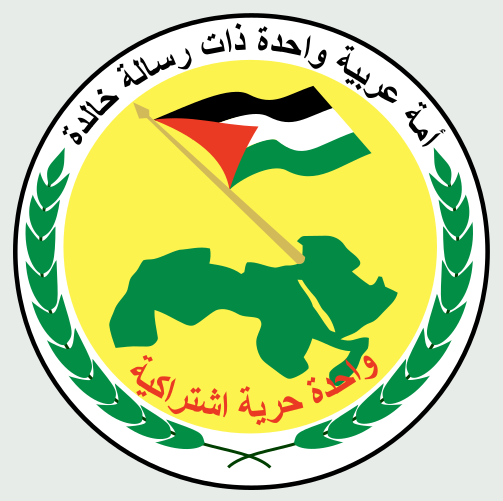