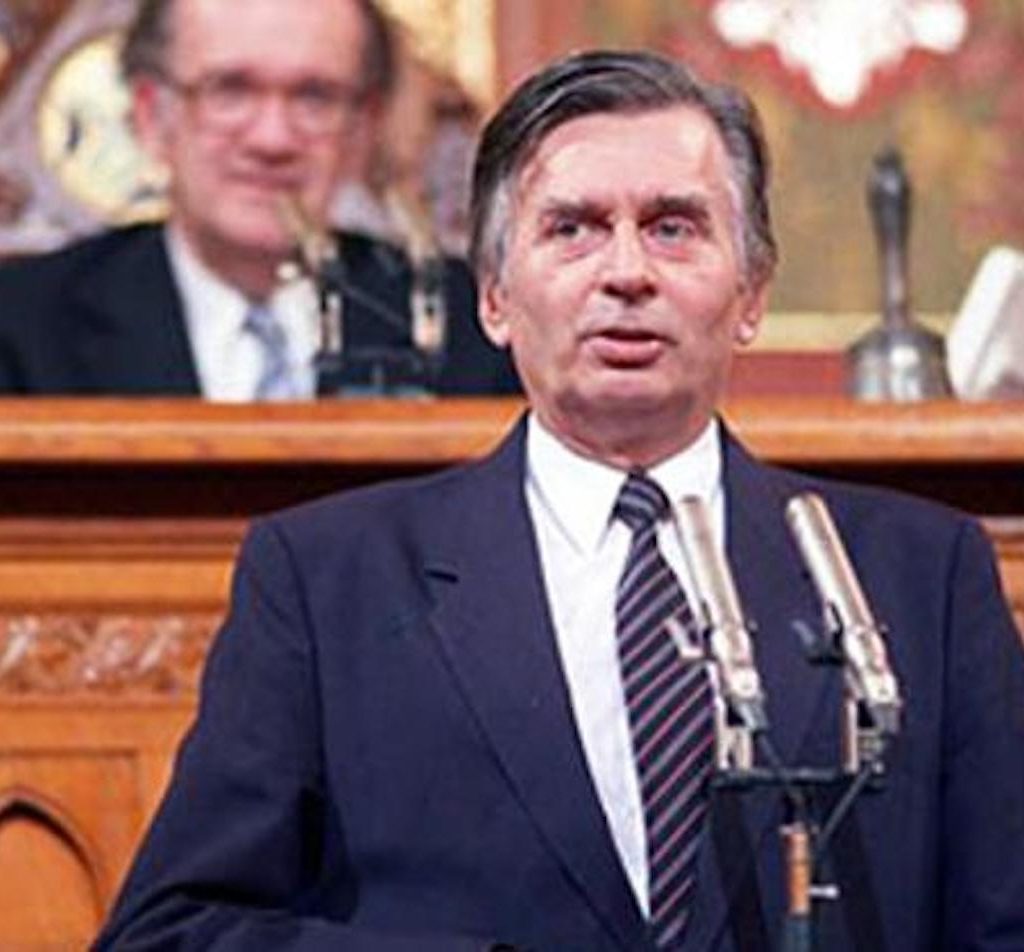 József Antall, a historian and Christian democrat who served as the first post-communist Prime Minister of Hungary.

National liberalism is a variant of liberalism, combining liberal policies and issues with elements of nationalism. A series of “national-liberal” political parties, by ideology or just by name, were especially active in Europe in the 19th century in several national contexts such as Central Europe, the Nordic countries and Southeast Europe.

According to Conservapedia, national liberalism is consisting of a combination of issues and policies which form a core of liberalism to nationalist positions on migration, citizenship, international relations and trade. The term is also used to describe a number of past and current European political parties that have been active on the subject. In opposition to current liberalism, i.e. the submission of person to state, the goals of national liberalism are the pursuit of individual/economic freedom along with national sovereignty. This may mean acceptance for protectionism and other government interventions in the economy, but only to a limited extent and in support of the national private sector. National liberals reject the idea of a world government of any kind and see the value of having free, independent, liberal states.

József Antall, a historian and Christian democrat who served as the first post-communist Prime Minister of Hungary, described national liberalism as “part and parcel of the emergence of the nation state” in 19th-century Europe. According to Oskar Mulej, “in terms of both ideologies and political party traditions it may be argued that in the Central European lands a distinct type of liberalism, peculiar to this region evolved through the nineteenth century.” In his book Up From Conservatism, Michael Lind defines national liberalism as “uniting moderate social conservatism with moderate economic liberalism”.