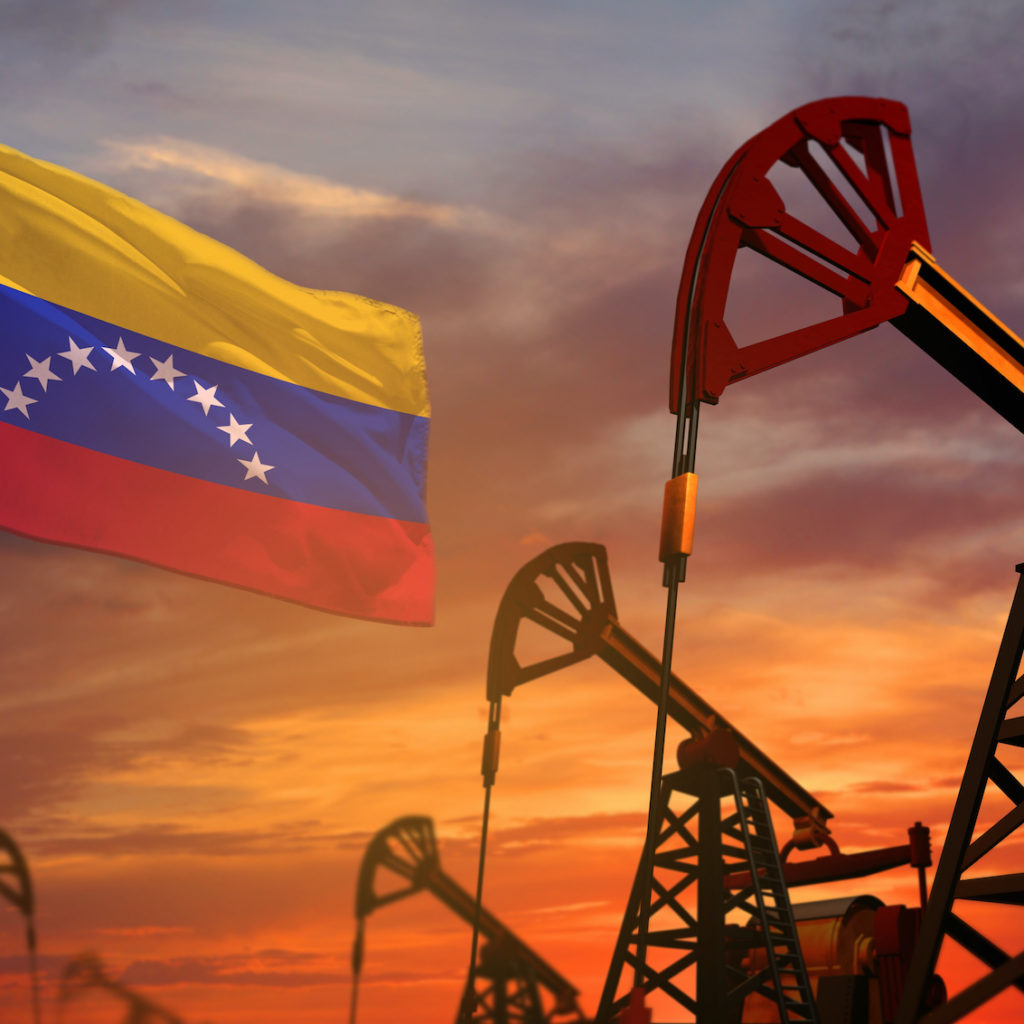 A rentier state is a state which derives all or a substantial portion of its national revenues from the rent of indigenous resources to external clients. The term rentier state has been used since the 20th century, in a number of ways: it is most frequently applied to states rich in highly valued natural resources such as petroleum but can also include states rich in financial instruments such as a reserve currency.

It can also be applied to nations which trade on their strategic resources, such as an important military base: Egypt and Jordan have traditionally extracted strategic rent from the US given their regional geopolitical importance. Semi-rentier states tend to rely on migrants’ remittances or international economic aid, such as Kyrgyzstan and Tajikistan. States hosting forcibly-displaced population group(s) may also constitute refugee rentier states, if they rely financially on external income linked to their treatment of these group(s), as in the cases of Jordan, Lebanon, and Turkey in the context of the Syrian refugee crisis.

Meanwhile, the Great Soviet Encyclopedia defines a rentier state as “an imperialist usurer state that enriches itself by exporting capital to other states, primarily those that are economically underdeveloped and dependent.” Dependent upon it as a source of income, rentier states may generate rents externally by manipulating the global political and economic environment. Such manipulation may include monopolies, trading restrictions, and the solicitation of subsidies or aid in exchange for political influence or conversely the solicitation of loans in exchange for the reserve currency, e.g., the US.

Luisa García and Claudio Vallejo state in a report that populism linked to 21st century socialism prevailed in the region since 1998, followed by the left-wing rentier populism we have seen since 2015 — but this is now facing the appearance of a new wave of populism situated on the right side of the political spectrum.

According to an article by Sebastián L. Mazzuca, rentier populism is also a reality. In the extreme case of rentier populism, says Mazzuca, the ruling alliance comprises only the government and the informal sectors. “The former is sole owner of a natural resource that commands a high price in world markets. The government distributes the revenue from the natural resource to the informal sectors, which comprise a majority of the population,” he adds.

To Mazzuca, exploiting the resource requires no substantial investments within the politically relevant time horizon. Because, “the necessary technology and physical capital are either cheap or have been seized from private investors. In exchange for redistribution (economic incorporation), the informal sector provides votes as well as ‘street power’ to intimidate economic and political losers (political incorporation),” says Mazzuca and continues “The rentier populist coalition fully integrates itself into the international market for goods, but refrains from participating in financial markets. It needs the former as much as it can dispense with the latter. Foreign trade is the fundamental source of rent, whereas international capital is an unneeded and unwanted source of conditionalities.”

Since the economic and political bases of rentier populism define its structure of accountability, Mazzuca writes that popular electoral ratification is the cheapest way to stay in power because the informal sector’s vote costs the least to buy. According to Mazzuca, ignoring the majority and trying to rule through repression is more expensive and less certain. “Like any other dominant coalition, rentier populism has no spontaneous reasons to set checks and balances on presidential authority. The groups most interested in placing or preserving horizontal controls on the executive branch are the sections of the population that are least likely to become partners in the dominant coalition and are most worried about the discretionary use of political power,” he explains.

However, when rentier populism rules, the effectiveness of demands for horizontal accountability is negligible. “Rentier-populist rulers do not need the minorities in the formal economy in order to gain reelection, and the informal majority requires only the plebiscitarian mechanism to secure a steady flow of transfers. Plebiscitarian concentration of presidential power is a regime structure that is tailor-made for rentier populism: Horizontal controls on the executive go down (superpresidentialism) while vertical ratifications flow up (plebiscitarianism). The rentier-populist coalition ‘causes’ plebiscitarian superpresidentialism,” according to Mazzuca’s article.

A plebiscitarian superpresident at the helm of a rentier populist ship seems unbeatable. “But,” says Mazzuca “that is only so as long as certain conditions all obtain at once: Resource prices need to stay high, exploitation costs need to stay low, and the informal sector needs to stay large. If there is a change — even a small one — in any of these conditions, the rentier populist coalition will come under heavy pressure, and the superpresidential regime might even collapse… A new coalition replaces the old one, or the plebiscitarian superpresident expands the coalition to encompass formal economic sectors that will demand institutional guarantees against predation (a bigger role for Congress in the economic-policy process, for instance).”

Mazzuca also says that if the costs of the technology for exploiting the natural resource become higher than the savings rate of the economy, rentier populism will be forced to end its isolation from international financial markets and, in exchange for fresh capital inflows, accept conditionalities that will curb the hegemonic features of the regime. “Strong while the conditions for rentier populism last, plebiscitarian superpresidentialism is extremely fragile in the face of small variations in the political economy that undergirds it,” he asserts.

According to him, as recently as the dawn of this century, rentier populism was nowhere to be seen in Latin America. He says “there were lots of informal workers, to be sure, but resource rents were negligible until the commodities boom came along in 2002. Even then, only Argentina, Bolivia, Ecuador, and Venezuela went all-in on the assembling of rentier populist coalitions behind plebiscitarian superpresidents. Between the availability of the economic and demographic building blocks of rentier populism and the actual construction of a new ruling coalition came a cluster of local economic and political conditions that hampered populism in some cases but helped it in others.”

According to Mazzuca, the price boom of natural resources in the first decade of the 21st century has been a blessing for all South American economies. For some political regimes, however, it was an institutional curse. In Venezuela, Ecuador, Bolivia, and to a lesser extent Argentina, the commodity boom made possible the emergence of rentier populism, a new type of political coalition, based on the economic incorporation of the informal sector and funded by windfall gains from exports of natural resources. Based on a new fiscal structure, rentier populism in turn fostered the intensification of plebiscitarian mechanisms of vertical accountability and neutralized constraints of horizontal accountability.

“The similarities in the way power is exercised across the radical left-turn cases spring from the rise to dominance in all these countries of a new “rentier-populist” coalition. In its extreme form, rentier populism is crafted from the peak of the state, based on the votes of informal and unemployed workers, and funded by windfall gains from natural-resource exports. The coalition comprises two winning partners: the government, which redistributes income derived from mineral or agricultural sources to the informal sectors; and the informal sectors, which reward the government with political support,” according to article.

Mazzuca reminds that the roots of South American rentier populism lie far away across the oceans, in India and China. “It was the rise of those two huge countries — together they hold about a third of all humanity — as industrial superpowers and voracious consumers of raw materials and proteins that launched the global commodities boom which has been rentier populism’s jet fuel,” says Mazzuca and adds “The commodities boom made the rentier-populist coalition possible, but not inevitable. Chile, a major minerals exporter, has ridden the boom without experiencing either rentier populism or its political concomitant, plebiscitarian superpresidentialism. The boom has been a necessary but far from sufficient condition for the rise of today’s more radical left-wing regimes in South America.”