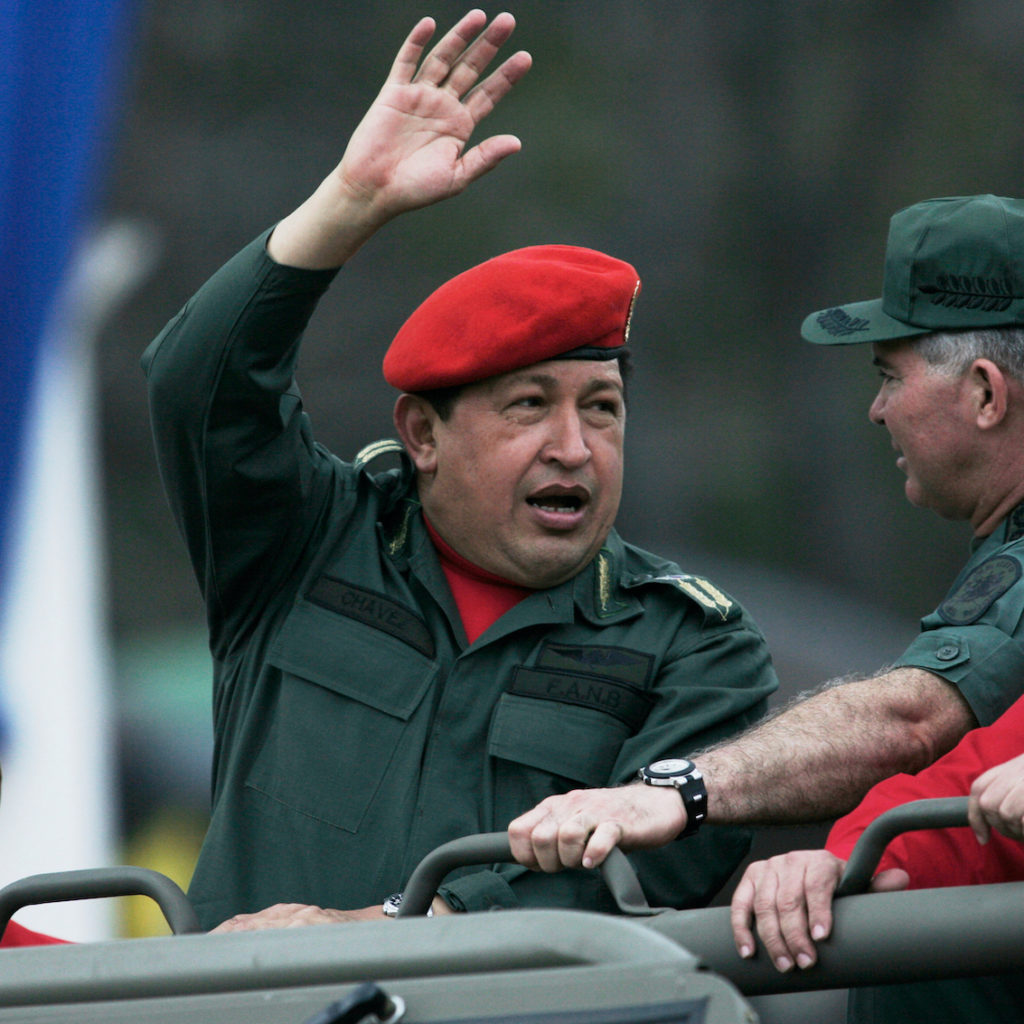 Socialism is typically portrayed as a deeply populist doctrine, according to an article by Kevin Olson. He says “yet it often has difficulties reconciling populism with more centrally socialist ideals. As a result, populism is both a consistent preoccupation and a recurring problem for socialists.” Meanwhile, socialist populism, as another name for the left-wing populism, has often been associated with opposition to capitalism and support for communism or socialism. But this label is used mainly to refer to the socialist rebellions and revolutions of Latin America.

In this context, according to an article by Luke March socialist populism is not a wholly new phenomenon; indeed, it is a long-standing tradition shadowing more orthodox socialist approaches. However, the decline of traditional Marxism allows contemporary left-populism to adopt a specific post-Cold War form with some parallels and key differences between Europe and Latin America.

March asserts that this new socialist populism has the potential to become a major feature of contemporary (left) politics, albeit one often still in the shadow of traditional socialist approaches. “Like so many other forms of populism, socialist populism has both a progressive and an illiberal ‘dark side’ that depends very much on context and the nature of the populist actor, but it should not be seen as inevitably inimical to democracy,” he says. “Nevertheless,” he writes, “whilst populism’s anti-intellectualism, cross-class appeal and ideological amorphousness have often made it suspect to the traditional left, leftists have been able to find affinity with some of its intentions which prima facie look like ‘a wish list for a socialist and radical-democratic agenda’- anti-elitism, empowerment, inclusiveness, morality and welfarism.”

Indeed, as March underlines, several writers argue that socialism is intrinsically populist. Even in the early 20th century, the struggle for electoral relevance led socialist parties to broaden the class struggle to the ‘people,’ rather than simply confine it to the proletariat (a minority force in most democracies). For instance, in his famous book, Ernesto Laclau has called socialism “the highest form of populism,” on similar grounds.

March explains that “Because a Marxist sees the interests of the proletariat as universal, it is a small step to elide the distinction between proletariat and people and to struggle for all-national interests in the national-liberation struggle. The Communist Party of the Soviet Union’s declaration in the 1960s that it was a ‘party of the Soviet people’ appeared to indicate that populism had become mainstream.”

Crawford Young states in his book that the group of populist socialism consists of states that espouse a socialist orientation but that either do not stress or expressly reject Marxism. According to Young, populist socialism is a doctrine of development that characterized the ‘first wave’ socialist regimes of the 1960s such as Algeria, Ghana, Guinea, Guinea-Bissau, Mali, and Tanzania. The author identifies five elements that define the populist-socialist perspective: i) radical nationalism; ii) a radical mood; iii) anti-capitalism; iv) populism and an exaltation of the peasantry; and v) adherence to a moderate form of socialism (or social democracy) and a rejection of orthodox Marxism.

On the other hand, Andrew Arato says in an article that the relationship between populism and socialism remains a very difficult one, both in theory and in practice. While alliances have emerged, generally populism rather than socialism has benefited, with the combination invariably becoming authoritarian. Because, according to him, socialism originates from the radicalization of the triad liberty, equality, and solidarity, while all populisms (with the rare exception of the religious version) are based on the idea of popular sovereignty.

According to an article by Margarita López Maya, Venezuela’s renowned and controversial former president Hugo Chávez (1999–2013) was Latin America’s most emblematic populist socialist leader of recent times. Maya says Chavez reinforced his populism by a socialist-statist ideology that sought to build institutions of direct democracy as an alternative to liberal representative democracy. These institutions were of a collectivist type, and without political intermediations and lacking independence, crystallized into the structure of a communal state. His successor, Nicolás Maduro, deepened this governing style, but lacking the charisma and the oil revenues his mentor enjoyed, accentuated the authoritarian and patrimonial tendencies already present in Chávez’s governments. Under Maduro’s rule, liberal democratic institutions have been utterly destroyed and the lack of institutional checks and balances has resulted in unprecedented levels of impunity and corruption cases.