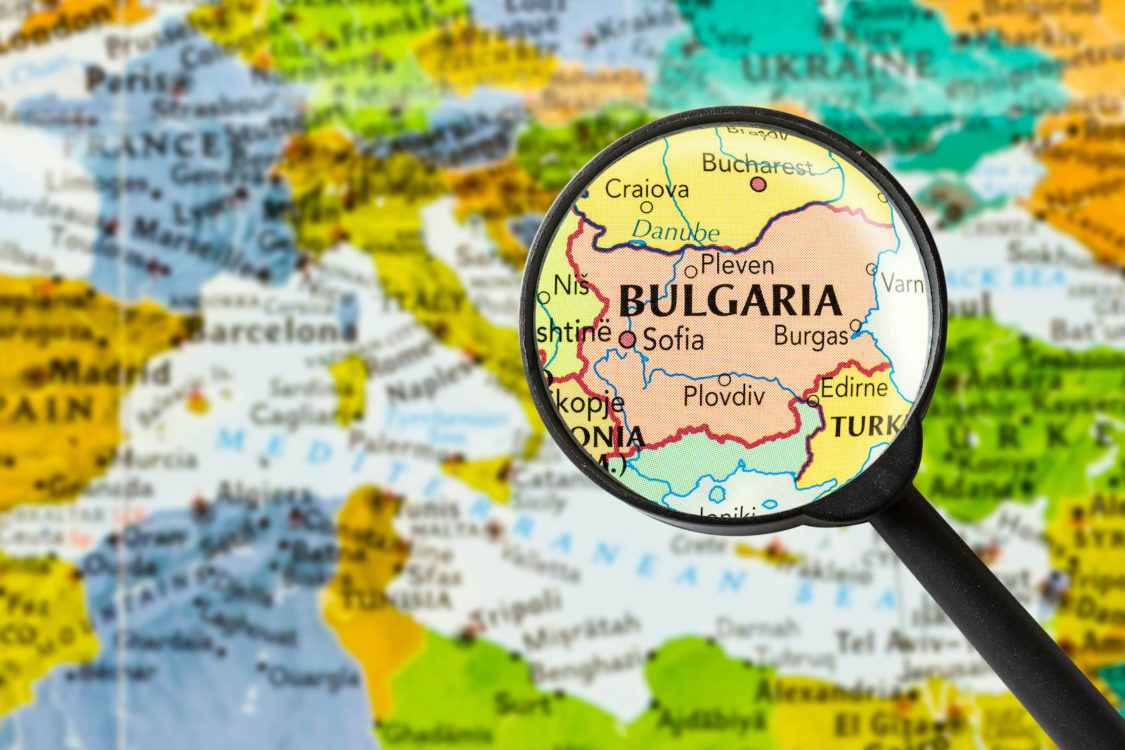 Within the context of a rapidly declining population, income inequality, and widespread corruption, Bulgaria has seen the proliferation of far-right parties and surging populism since the early 2000s. The far-right parties, notably ATAKA, VMRO, NFSB, and the Volya Movement spearhead the populist trends and rhetoric by disseminating anti-Roma, antisemitic, anti-Muslim, and anti-immigrant views as well as targeting other vulnerable groups like the Turkish minority, Jehovah’s Witnesses, and the LGBTQ+ community. These trends generate a favorable political climate for anti-establishment, nationalist, and Eurosceptic narratives and tilt mainstream parties, like the main opposition BSP and the ruling GERB, towards populist policies.

Located in southeastern Europe, Bulgaria is a parliamentary democracy and a member of the European Union (EU). Following the Russo-Turkish War and the 1878 Congress of Berlin, Bulgaria gained autonomy within the Ottoman Empire and eventually became an independent nation in 1908 amidst the intensifying great-power competition in the Balkans. Though allied with Germany in both World Wars, Bulgaria became a Communist-dominated People’s Republic in 1946 and remained in the Soviet sphere of influence during the Cold War. Todor Zhivkov’s assimilation program during the late 1980s coerced the Turkish minority into adopting Bulgarian Christian names and resulted in the expulsion of more than 350,000 ethnic Turks leading to an international outcry. Against the backdrop of Gorbachev’s reforms in the Soviet Union, Zhivkov’s forcible assimilation campaign coupled with an ailing economy and the Ecoglastnost movement’s growing influence set the stage for the communist regime’s downfall.

As the Soviet Union collapsed, Zhivkov’s successors put an end to the repression of the Turkish minority, passed a new constitution bringing a broader range of rights and freedoms, and started a reform programme towards democratization and a market-oriented economy. The post-communist Bulgarian Socialist Party (BSP) on the left and the liberal Movements for Rights and Freedoms (DPS) party primarily representing the Turkish minority have remained established political forces since the 1990s, while Citizens for the European Development of Bulgaria (GERB) emerged as the leading political force on the right in the late 2000s. Notwithstanding changing political actors and coalitions in successive governments, Bulgaria has adhered to the goals of membership in Euro-Atlantic institutions, joining NATO in 2004 and the EU in 2007.

With a per capita income less than half of the EU average, Bulgaria remains the poorest country in the Union, and there is a significant income gap between the rich and poor segments of its population. “Policy for cash” turned out to be the defining feature of the party politics, which is dominated by wealthy oligarchs while ordinary citizens are increasingly disengaged from the political process (Krasteva, 2019). The country has a fast-shrinking population due to out-migration, especially of young Bulgarians. During the period 1989-2017, Bulgaria lost more than 20 percent of its population and is expected lose 27 percent more before 2040 according to UN projections (Krastev & Holmes, 2019). Sofia has failed to meet the EU’s anticorruption requirements as corruption continues to be a serious problem in public administration, judiciary, and government-business relations.

In parallel with declining voter turnout in parliamentary elections and growing income inequality, Bulgaria has seen the proliferation of far-right political actors since the early 2000s. In Bulgarian politics, the far-right parties like ATAKA spearhead the advancement of populist trends by consistently stoking anti-Roma, antisemitic, anti-Muslim, and anti-immigrant sentiments as well as targeting other vulnerable groups like the Turkish minority, Jehovah’s Witnesses, and LGBTQ+ individuals. Having been in Parliament since 2005, and junior partners in governments since 2009, the radical right-wing parties exert a noticeable populist pull over Bulgarian politics, transforming the mainstream political parties into nationalist actors. In the face of these boisterous far-right actors, for example, the centre left BSP under the leadership of Korneliya Ninova turned into a conservative-nationalist party. Likewise, Prime Minister Boyko Borisov’s center right GERB relies on the United Patriots, a coalition of three far-right parties, to stay in power and more or less conforms to their polarizing discourses (Krasteva, 2019).

ATAKA (Attack) is the most vocal populist actor in Bulgarian politics. Having exceeded the electoral threshold of 4 percent in each parliamentary election since its establishment in 2005, ATAKA stands as the fifth-largest party in the country. The party takes a nationalist stance with antisemetic and anti-Western (but pro-Russian) references, and sticks to anti-elitist, anti-Roma, anti-Muslim, and anti-Turkish discourses (Zankina, 2016). ATAKA fuels a politics of fear against Muslims generally and persistently targets the Turkish minority in particular, claiming that Bulgaria is still under Turkish rule.

ATAKA’s leader, Volen Siderov, has adopted a soft Eurosceptic position; Siderov calls for re-establishing national sovereignty using the rhetoric of “take our Bulgaria back” while portraying the elites of centrist political parties as traitors. Siderov promotes a state-controlled economy and re-nationalization of the corporations privatized during the post-communist transition process. The party is also closely associated with the Bulgarian Orthodox Church and campaigns to make Orthodoxy the official national religion while promoting the Church’s participation in the legislative process.

Alongside ATAKA, the Internal Macedonian Revolutionary Organization-Bulgarian National Movement (VMRO), led by Krasimir Karakachanov, and the National Front for the Salvation of Bulgaria (NFSB), led by Valeri Simeonov, are the two other radical right populist parties. VMRO, established in 1991 as a cultural organization, is a nationalist-conservative party promoting a revisionist foreign policy towards the Republic of North Macedonia with an emphasis on the “Bulgarian character” of Macedonians. VMRO’s leader Karakachanov stigmatizes Bulgaria’s Roma minority, calling for a “final solution to the gypsy question” and proposing free abortions to Romani women. Similarly, the NFSB, founded in 2011, is identified with Bulgarian nationalism, conservatism, Euroscepticism, and anti-Roma views. The party’s leader, Valeri Simeonov, is known for his brazenly racist statements against Roma people (Vassileva, 2019).

During the 2014 parliamentary elections, VMRO and the NFSB formed the Patriotic Front to push for their stated objectives of reviving the national economy and tackling corruption in the judiciary. The Patriotic Front gained 19 seats in Bulgaria’s 240-seat National Assembly and supported Boyko Borisov’s second GERB-led coalition government. The Patriotic Front coalition played a key role in enacting the 2016 law banning face-covering garments in public places. In accordance with the law, which is clearly directed against Bulgarian Muslim women and condemned by Amnesty International, women breaching the ban will be deprived of social security benefits. The controversial law indicates a growing trend of intolerance against Muslims in the country, which is an outcome of the rising populist appeal of far-right political forces.

The Patriotic Front joined with ATAKA to form the United Patriots to back the same candidate in the 2016 presidential elections. The United Patriots, representing the three far-right parties, gained 9.3 percent of total votes in the 2017 parliamentary elections, earning 27 seats and making up the third largest block in Parliament. Although the three-party alliance entered the third GERB-led government as a junior partner, it obtained influential positions in the government and promoted its anti-Roma and anti-Turkish agenda. The NFSB leader, Valeri Simeonov, served as a deputy prime minister until his resignation in November 2018, and VMRO’s leader Karakachanov has been deputy prime minister and defense minister (Vassileva, 2019). The United Patriots officially disbanded in July 2019, when NFSB and VMRO expelled ATAKA from the alliance.

Outside the United Patriots, the Volya Movement is another growing right-wing populist party. Founded by the businessman Veselin Mareshki in 2007, the party garnered 4.2 percent of the votes in the 2017 parliamentary elections and gained 12 seats in the National Assembly. The Volya Movement takes a nationalist, anti-establishment, and Eurosceptic stance, promotes strict anti-immigrant polices, and supports Prime Minister Boyko Borisov’s right-wing coalition government. The party, in line with ATAKA, advocates closer relations with Russia and withdrawal from NATO.

With the far-right political actors at the forefront, populist rhetoric encourage incidents of violence against Roma, the Turkish minority, Jews, and immigrants. In May 2011, ATAKA members were protesting loudspeakers broadcasting Muslim prayers and provoked a brawl with members of the Muslim Turkish community during a Friday prayer at Sofia’s only mosque. There are multiple instances of tombstones in Muslim and Jewish cemeteries being desecrated or damaged, and, in January 2019, the Central Synagogue in Sofia was vandalized by stone-throwing assailants. In the last few years, there has been an increase in violent attacks against refugees of Middle Eastern and African descent.

Within the context of a rapidly declining population, income inequality, and rampant corruption, the ascendancy of far-right parties is the main driver of populism in Bulgaria. Bulgaria’s far-right parties, mainly ATAKA, VMRO, NFSB, and the Volya Movement blend cultural, socio-economic, and anti-establishment populism, and tilt the mainstream parties towards populist policies. In terms of civil liberties, Bulgaria is still a free country despite the rising populist political climate breeding anti-Roma racism, xenophobia, Islamophobia, Turkophobia, and homophobia. Elections are usually free and fair, although the surge of populism threatens to partially reverse progress made in the post-communist democratization process. The rule of law is flawed, especially with respect to the rights of vulnerable groups and allegations of corruption. 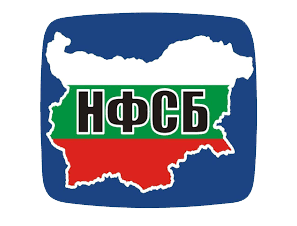 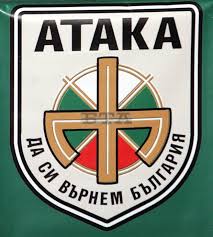