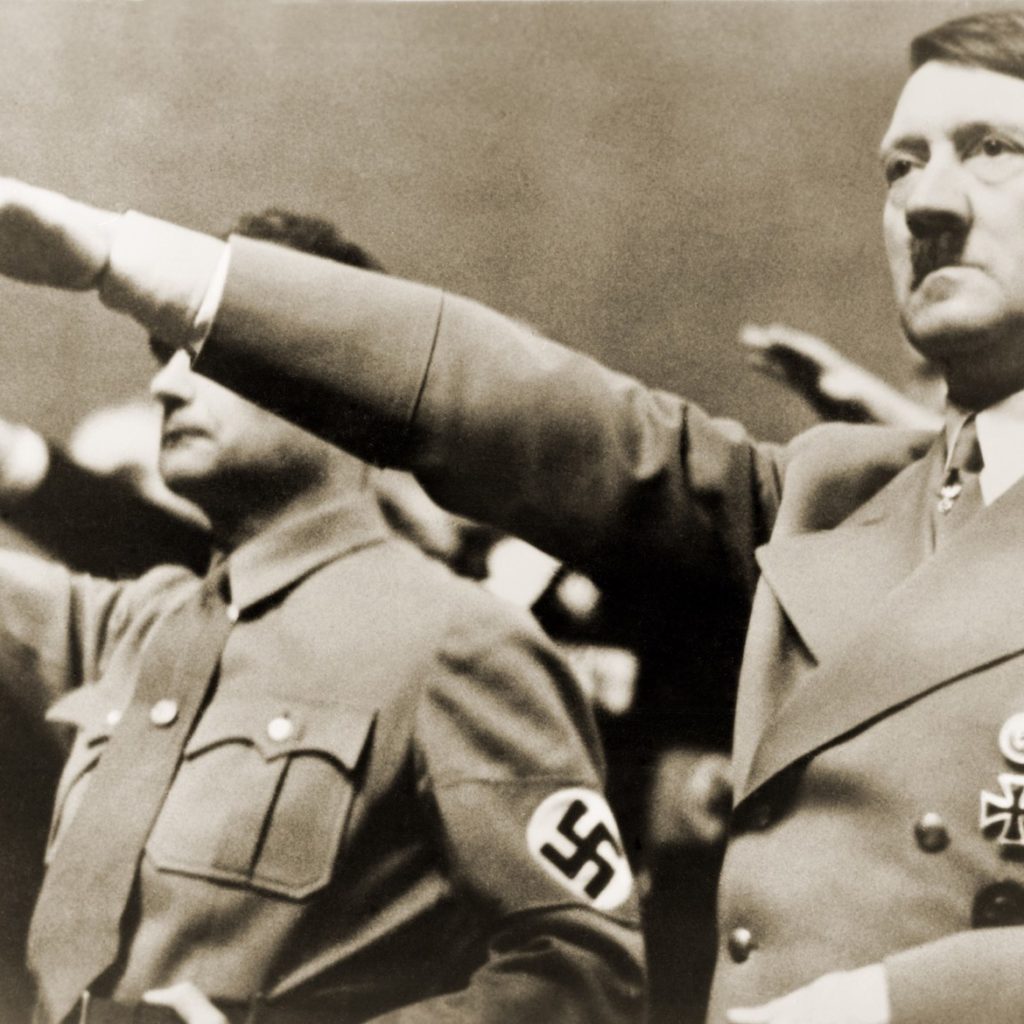 The big lie is the name of a propaganda technique, originally coined by Adolf Hitler in Mein Kampf, who says “The great masses of the people… will more easily fall victim to a big lie than to a small one,” and denotes where a known falsehood is stated and repeated and treated as if it is self-evidently true, in hopes of swaying the course of an argument in a direction that takes the big lie for granted rather than critically questioning it or ignoring it.

Well-known forms of the big lie include Hitler’s use of antisemitism in Nazi propaganda (blaming Jews for all of Germany’s problems), communist propaganda blaming the ‘bourgeoisie’ for all workers’ problems, the frequent demonizing of the left-wing as communist and of the right-wing as fascist, also some populists blame refugees and immigrants as the source of all problems.

As a general rule, the most effective big lies are outrageous enough to be unbelievable yet appeal strongly to the prejudices of the listeners and are stated in as bland and matter-of-fact terms as possible. It is sometimes even more effective to string several big lies together in a series of talking points.

Various sources, both popular and scholarly, attribute the following passage to Joseph Goebbels on the big lie: “If you tell a lie big enough and keep repeating it, people will eventually come to believe it. The lie can be maintained only for such time as the State can shield the people from the political, economic and/or military consequences of the lie. It thus becomes vitally important for the State to use all of its powers to repress dissent, for the truth is the mortal enemy of the lie, and thus by extension, the truth is the greatest enemy of the State.”

It is verified that Goebbels did put forth a theory which has come to be more commonly associated with the expression ‘big lie’. Goebbels wrote this paragraph in an article dated 12 January 1941, 16 years after Hitler’s first use of the phrase. The article, titled Aus Churchills Lügenfabrik (“From Churchill’s Lie Factory”) was published in Die Zeit ohne Beispiel.

According to an article by Catherine Fieschi in the Guardian, the torrent of lies that flows from the mouths of populists feels relentless: from Donald Trump’s routine lying about everything from Iran to the weather to Boris Johnson’s fictitious £350m for the NHS, Turkey on the cusp of joining the EU or most sensationally misleading the Queen about why the UK parliament should be shut down.

Fieschi’s research on populism elsewhere in Europe confirms that lying is a constant feature of populist politics. “In France, Marine Le Pen lies about how her party spends public money and her (fake) Twitter accounts. Viktor Orbán, the Hungarian prime minister, lies gigantically and systematically about the migration to his country. As for Italy’s Matteo Salvini – from migration to sanctions against Russia – as the song goes, if his lips are moving, he’s lying,” she wrote.

“As populists get closer to power, rules start to bite and so grand gestural, destructive lying takes over… In the populist playbook, lying itself is glorified; it is an instrument of subversion, its purpose to demonstrate that the liar will stop at nothing to ‘serve the people’. The lies are signals that these politicians are not bound by the usual norms of the liberal democratic elite. Liberals have virtue signaling – populists have outrage signaling. This is the politics of appealing to the gut over the brain,” writes Fieschi, who is the author of Populocracy: The Tyranny of Authenticity and the Rise of Populism.