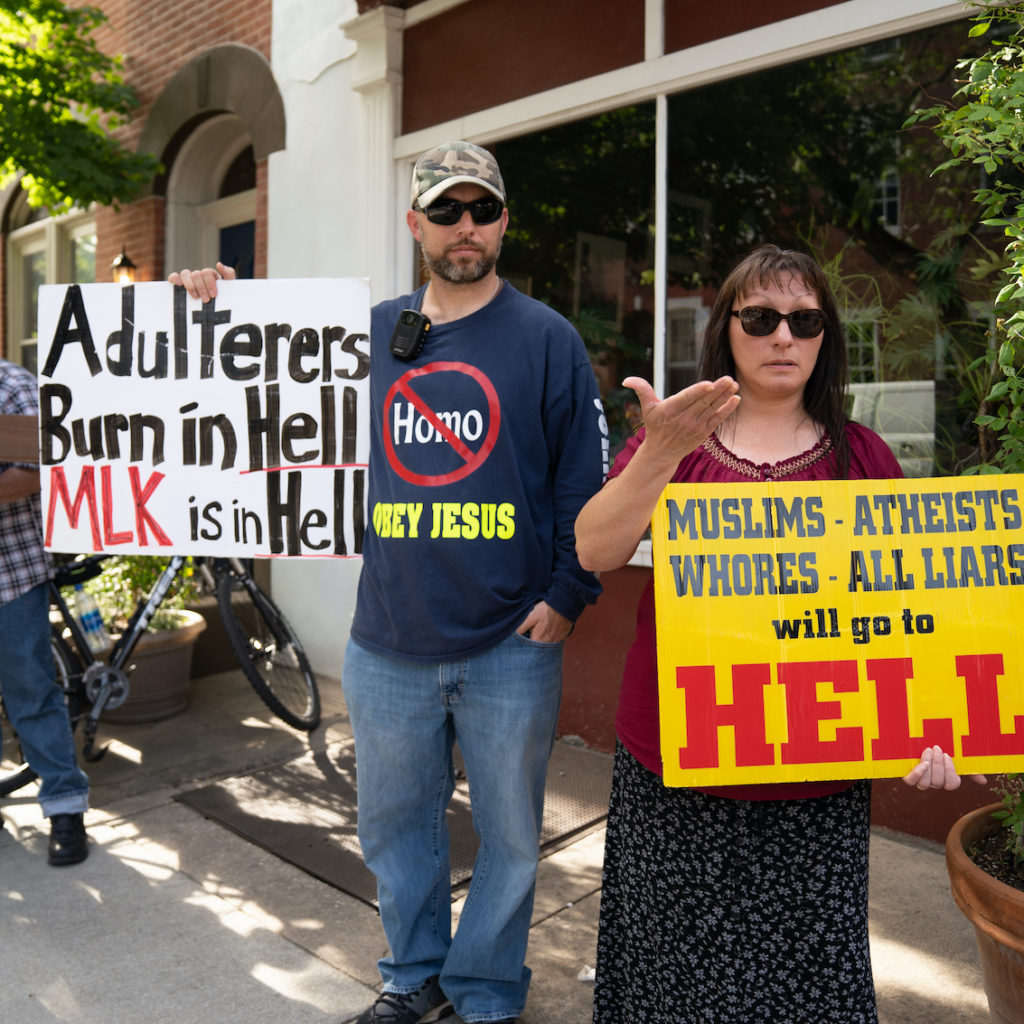 The Christian right or the religious right are Christian political factions that are characterized by their strong support of socially conservative policies. Christian conservatives seek to influence politics and public policy with their interpretation of the teachings of Christianity.

In the US, the Christian right is an informal coalition formed around a core of conservative evangelical Protestants and Roman Catholics. The Christian right draws additional support from politically conservative mainline Protestants and members of the Church of Jesus Christ of Latter-Day Saints. The movement has its roots in American politics going back as far as the 1940s and has been especially influential since the 1970s. Its influence draws from grassroots activism as well as from focus on social issues and the ability to motivate the electorate around those issues.

According to a book written by Jennifer S. Butler, the Christian Right is building a global, interfaith coalition, advocating policies at the United Nations through government allies, establishing offices around the world, catalyzing regional networks and holding international conferences. “It has had the support of powerful religious and political leaders from Pope John Paul II to President George W. Bush. Its pro-family message in many ways resonates with deeply religious evangelical, Catholic, and Muslim communities around the world who hold traditional social values, particularly on the subject of homosexuality,” states Butler.

The Christian right is notable for advancing socially conservative positions on issues including school prayer, intelligent design, embryonic stem cell research, homosexuality, euthanasia, contraception, sex education, abortion and pornography. Although the term Christian right is most commonly associated with politics in the US, similar Christian conservative groups can be found in the political cultures of other Christian-majority nations.

Criticisms of the Christian right often come from Christians who believe Jesus’ message was centered on social responsibility and social justice. Theologian Michael Lerner has summarized: “The unholy alliance of the Political Right and the Religious Right threatens to destroy the America we love. It also threatens to generate a revulsion against God and religion by identifying them with militarism, ecological irresponsibility, fundamentalist antagonism to science and rational thought, and insensitivity to the needs of the poor and the powerless.”

In recent years, according to a study by Weiqian Xia, European societies have witnessed the rise of public support for populist radical right (PRR) parties, among which many are gaining electoral success. “Beyond basic ideologies, it is worth noticing that across Europe, many populist radical right parties also bring Christianity into their agenda,” she writes and adds that “They warn that the immigration tide from non-occidental regions, and the immigration being permitted by established politics, are leading to a collapse of ‘Christian European civilization’. They claim themselves as the defender of Christianity in Europe. In Europe religious people are generally more supportive to anti-immigration parties, but the influence of religiosity is very weak. Other cross-national studies depict a contrary picture that Christians or church-goers are less likely to support populist radical right parties in Europe.”