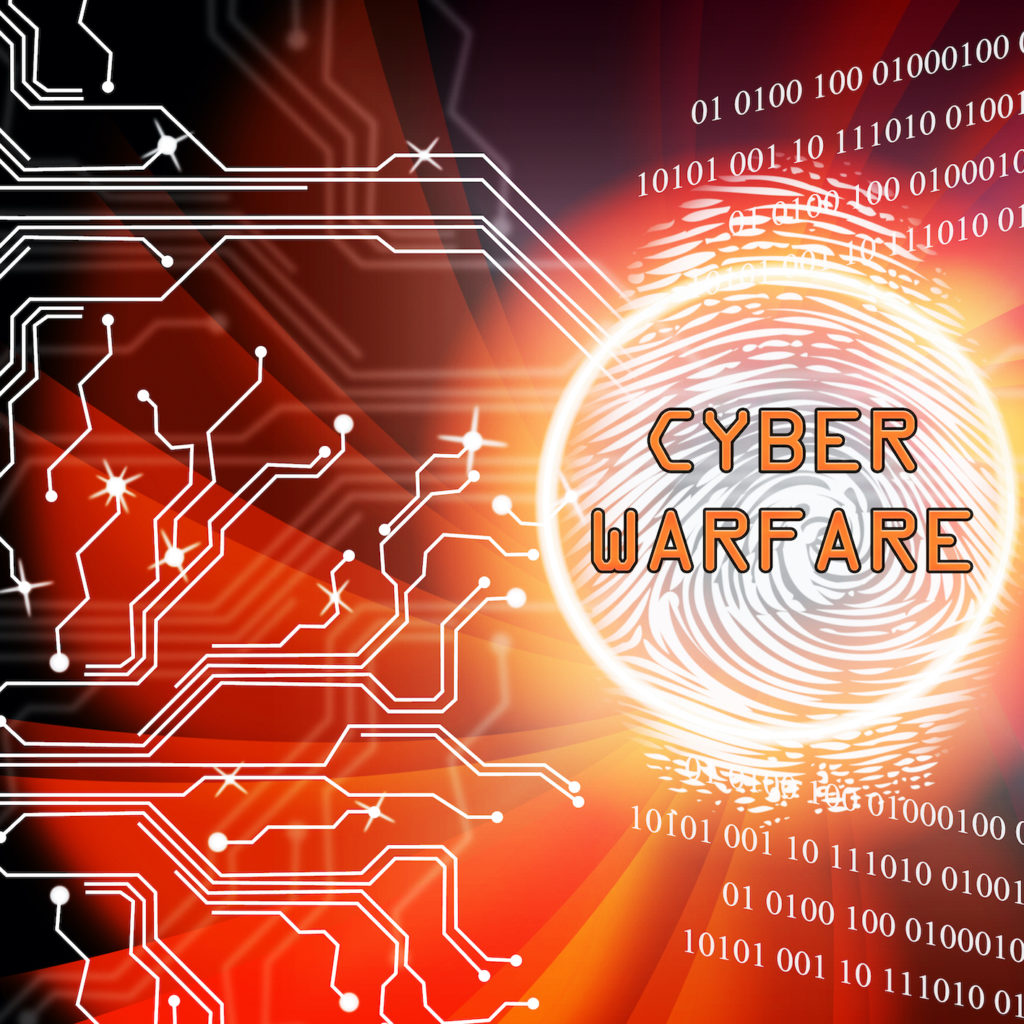 Cyber warfare is a broad term, according to an article by Caleb Townsend, that defines a nation state sanctioned attack on a computer system of another country. According to his article, one accomplishes this by means of hacking, computer viruses, and the like. However, in some respects, cyber warfare is a hard term to fully define. Many often view the term itself is as a misnomer, due to the fact that a full out cyber war has not happened before. In fact, offensive cyber actions committed in history have been rejected and disavowed by those involved. Additionally, many experts question what full out cyber warfare would even look like.

An alternative view is that cyber warfare is a suitable label for cyberattacks which cause physical damage to people and objects in the real world. While there is debate over how to define and use cyber warfare as a term, many states including the US, UK, Russia, India, Pakistan, China, Israel, Iran, Vietnam and North Korea have active cyber operations for offensive and defensive purposes. As states explore the use of cyber operations and combine capabilities the likelihood of physical confrontation and violence playing out as a result of, or part of, a cyber operation is increased. However, meeting the scale and protracted nature of war is unlikely, thus ambiguity remains.

The term cyber warfare is distinct from the term cyber war. Cyber warfare does not imply scale, protraction or violence which are typically associated with the term ‘war’. Cyber warfare includes techniques, tactics and procedures which may be involved in a cyber war. The term war inherently refers to a large-scale action, typically over a protracted period of time and may include objectives seeking to utilize violence or the aim to kill. A cyber war could accurately describe a protracted period of back-and-forth cyberattacks (including in combination with traditional military action) between nations. To date, no such action is known to have occurred. Instead, tit-for-tat military-cyber actions are more commonplace.

According to an interview given by Stefan Meister, with the return of Russian President Vladimir Putin in 2012, the world observed a change in Russian information and security policy… Disinformation, fake news, and cyber-attacks have become part of a Russian security strategy to fight the West in soft areas of influence. Moscow has not sought to offer a positive alternative narrative, instead it first seeks to deepen the weaknesses that already exist in the West, work with right- and left-wing populist and other groups who challenge the Western political and media system. In doing so, Russia seeks to interrupt and weaken the credibility of the West worldwide.

Meanwhile, a report by Rand Corporation states that campaigns of social manipulation and virtual societal aggression are taking place within a turbulent political and socio-economic context. Virtual aggression against societies has a significant effect to the degree that it can play on existing vulnerabilities in societies. Rand Waltzman has proposed the idea of “cognitive vulnerability,” and the current context generates a significant degree of such vulnerability.

According to Rand report, in the process, information aggressors are also seeking to exacerbate the siloization of US society by spreading stories (sometimes real, sometimes not) that intensify mutual suspicions. Echo chambers around liberal scientific themes will get a steady stream of information about the evils of conservative scientists manning countervailing silos, and populist echo chambers will be bombarded with information about how daily events reflect the conspiratorial “deep state” in action; anyone speaking for one of a dozen alternative echo chambers should not be trusted. These trends were well under way in the infosphere, and they provided excellent raw material for manipulators to work with.