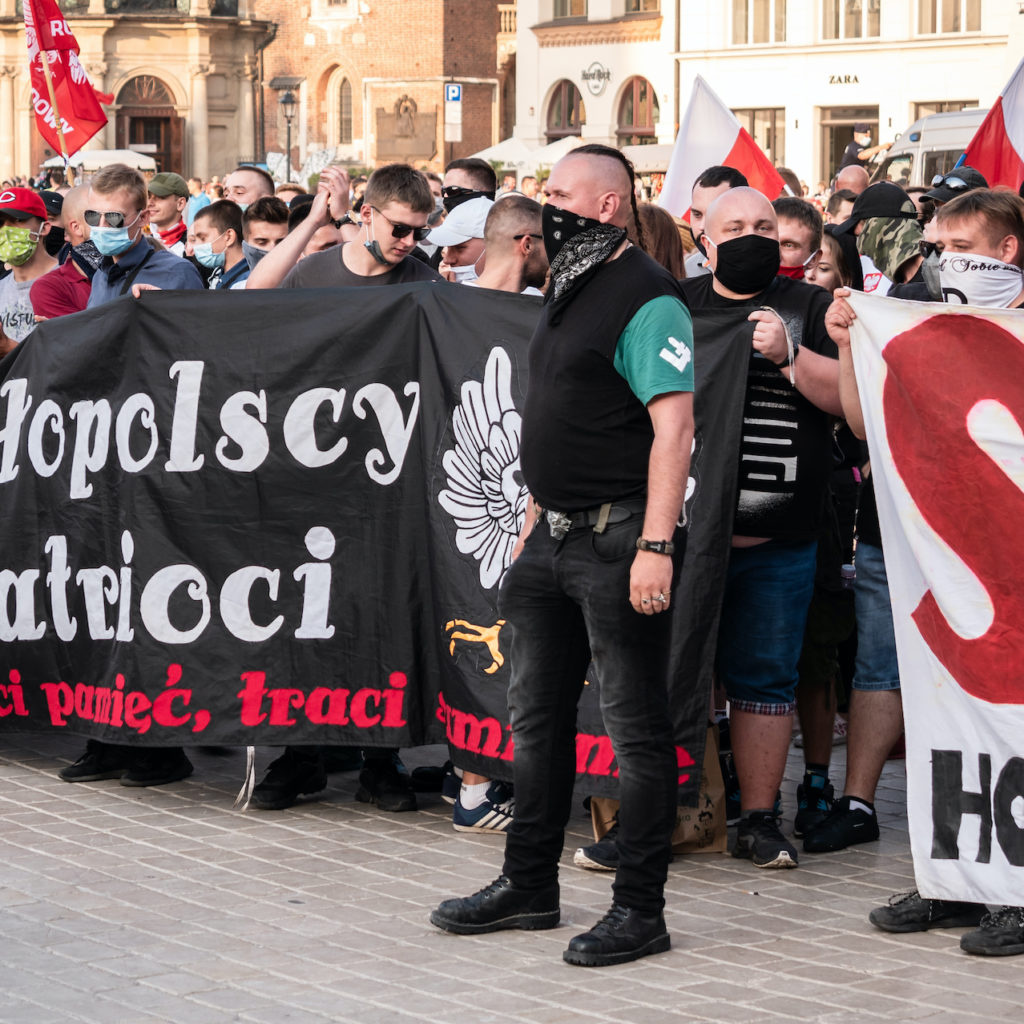 Homophobia encompasses a range of negative attitudes and feelings toward homosexuality or people who are identified or perceived as being lesbian, gay, bisexual or transgender (LGBT). It has been defined as contempt, prejudice, aversion, hatred or antipathy, may be based on irrational fear and ignorance, and is often related to religious beliefs. Homophobia is observable in critical and hostile behavior such as discrimination and violence on the basis of sexual orientations that are non-heterosexual. Recognized types of homophobia include institutionalized homophobia, e.g. religious homophobia and state-sponsored homophobia, and internalized homophobia, experienced by people who have same-sex attractions, regardless of how they identify.

According to an ILGA-Europe report, homophobic and transphobic rhetoric and other anti-LGBT+ hate crimes are rising across Europe, fuelled by divisive politics and socially conservative groups that also campaign against abortion access. Hate speech by political and religious leaders increased in 17 countries, including in countries such as Portugal, Spain and Finland, known for being LGBT-friendly. Homophobic violence also rose across the region. Poland’s nationalist ruling party railed against “LGBT ideology” in its re-election campaign, while Hungary’s parliament speaker equated gay adoption with pedophilia and Spanish and Finnish politicians criticized Pride marches.

The UN High Commissioner for Human Rights, Navi Pillay also used a widely published editorial in 2010 to denounce homophobia and call for concerted action to better protect individuals from violence and discrimination on the basis of their sexual orientation or gender identity. In the article, which appeared in newspapers round the world, the High Commissioner refers to recent reports of homophobic bullying and other recent attacks to illustrate the scale and urgency of the problem: “Homophobia, like racism and xenophobia, exists to varying degrees in all societies. Every day, in every country, individuals are persecuted, vilified or violently assaulted, even killed, because of their sexual orientation and gender identity. Covert or overt homophobic violence causes enormous suffering that is often shrouded in silence and endured in isolation.”

According to an article by Hannah Jane Parkinson in the Guardian, as rightwing populism spreads around the world, there is a noticeable rise in bigotry. “The LGBT+ community is feeling besieged once again. Meanwhile in Europe, Hungary’s prime minister Viktor Orbán has hosted anti-LGBT hate groups. Poland’s ruling Law and Justice party, elected by a landslide, is hostile to LGBT+ people, with non-heterosexual relationships considered an attack on the family,” wrote Parkinson.

On Jan. 1, 2018, Jair Bolsonaro, who has been called “the Trump of the Tropics,” becomes president of Brazil. The swaggering, far-right, populist leader once boasted: “Yes, I’m homophobic – and very proud of it.” It is known the rise of right-wing populism in Europe, the US and now parts of the developing world have put racial and religious minorities at risk. But LGBTQ citizens also have reason to fear. ‘Wherever populism is on the rise, anti-LGBTQ violence is also on the rise,” said Jessica Stern, executive director of the New York-based OutRight Action International, which advocates for sexual minorities globally. When people hear “the head of state, or people in positions of power criminalize, demonize, dehumanize the LGBTQ population, they start to think that we’re less than human,” she said. “And so of course there is a rise of violence at the community level.”