Creating the Desired Citizen: Ideology, State and Islam in Turkey

Ihsan Yılmaz’s new book presents a detailed analysis of Turkey’s political and sociological evolution, from the country’s anxious birth as a “fearful nation,” preoccupied and weighed down by historical traumas to the present. Yılmaz’s study provides a detailed account of the polity’s “never-ending” nation-building process and offers keen insights into why this process is intransient. His book highlights the political nature of defining citizens as either “desired,” “tolerated,” or “undesired” and the way this definitional process functions as a tool in hegemonic rivalries between “political tribes” in polities such as Turkey.

Ihsan Yılmaz is Research Professor and Chair of Islamic Studies and Intercultural Dialogue at the Alfred Deakin Institute for Citizenship and Globalisation. In his most recent book Creating the Desired Citizen: Ideology, State, and Islam in Turkey, published with Cambridge University Press in 2021, Yılmaz presents a highly detailed analysis of modern Turkish history. Not only does this engaging book provide fresh insights into the emergence and development of modern Turkish political culture, but also a new theoretical framework that incorporates emotions into the sociological analysis in a highly innovative way. Each chapter is arguably worthy of its own book-length treatment, and Yılmaz’s ability to cover much ground in a single monograph is commendable.

The scholarship on Turkey, especially on its emergence and its process of nation-building, provides a fascinating case study for social and political scientists. This is reflected in the vast literature on the case, with thousands of theses, articles, and books written on this very topic. Nevertheless, gaps in our understanding remain. One such gap, I believe, is the incomplete and controversial nature of Turkey’s nation-building project. Contested efforts in this regard have created pronounced political and ideological fault-lines in Turkish society. The nature of Turkey’s political process has kept this historical dynamic intact; it is not merely a research subject but rather an enduring game of political brinkmanship. In this game, those wielding power all too often point to those on the other side as “undesired citizens.”

Against this backdrop, Yılmaz weaves his own personal story through the narrative in this weighty (in terms of both coverage and impact) book. In so doing, he critically reflects on the emotional aspects of the political decisions and socio-political “transitions” that have roiled his homeland. Yet Yılmaz’s critical reflection gives the book a crucial degree of objectivity, allowing him to transcend his own experience and reach out to (and draw on) other, often divergent, scholarly perspectives on Turkish political developments and decisions. This is well reflected in the book’s diverse bibliography (As those familiar with Turkish academia will know, the field is characterized by sharp divisions—even tribalism—with tribes forming virtual “citation cartels” that prefer to explore contentious social and political developments only through the lenses they feel comfortable with, making no attempt to understand one another).

As mentioned, Yılmaz deftly instrumentalizes his personal story in developing a novel framework to map many of the key socio-political “transitions” in Turkey. The first such transition —to Kemalist secularism — is one Yılmaz encountered when he became “a religiously observant [university student] in a staunchly laicist state that was not comfortable with religious expression in the public sphere.” Yılmaz then frames Turkey’s transition to Erdoğanist Islamism through the lens of his own experience as a university professor teaching students from all segments of Turkish society. As an academic and columnist, Yılmaz wrote many articles in daily newspapers in Turkey criticizing the Islamist AKP government in power after 2003. He was fired from his university position due to growing government pressure in early 2016.

At first glance, Kemalism and Erdoğanism appear antithetical, one staunchly secular, the other avowedly Islamist. However, Yılmaz demonstrates that they are connected by a central element they share — a commitment to Turkish nationalism. Drawing once again upon his personal history, Yılmaz recounts how he awoke only later in life to the exclusive, illiberal, sharp, and destructive nature of Turkish nationalism through his experiences and observations during his years as a university lecturer between 2008 and 2016.

Indeed, Yılmaz’s role as an educator is highly salient since education — or, more precisely, its role in nation-building — is a through-line across the book. In the preface, Yılmaz references another book, Füsun Ustel’s “Makbul Vatandaş” ın Peşinde (In Pursuit of the “Acceptable Citizen”), published in 2004. Ustel’s book focuses on how education was instrumentalized in building a nation in the initial period of the Kemalist Republic of Turkey. As he highlights, Ustel’s book inspired him to tie his story, experiences, observations, and travails to the story of Turkish politics and political history.

Yılmaz builds on Ustel’s insights but takes the matter further, looking not only at education but other sectors such as religion and media. While Ustel’s work focuses more on the Kemalist mission of re-dressing and creating an “acceptable” model of modern citizenship via education, Yılmaz’s work focuses more on the political and hegemonic aspects beyond the early Kemalist mission of modernization. It is also important to highlight that Yılmaz treats the notion of “desirable” as dynamic and in transition. Thus, the definition of “desired citizens” is political and highly changeable. Yılmaz also introduces two new terms, “tolerated” and “undesired” citizens. These additional categories allow him to avoid the trap of dichotomizing, familiar in much Turkish, scholarship and provide a subtle degree of analytical flexibility that opens up space for exploring “gray zones” in between the desirable and the undesirable. Thus, he is able to show how changing political landscapes bring shifts in how these definitions are applied to one kind of Turkish group or another, as observed during the transition from Kemalism to Erdoğanism. Yılmaz also highlights the Erdoğanist attempt to redefine what is a “desired citizen” in Turkey. In doing so, he provides not only fresh insight but a robust new conceptual framework to analyze the uncompleted process of nation-building in Turkey.

A further appeal of the book is its approach to Turkish political history, which appears very close to Erik Zurcher’s. Like Zurcher, Yılmaz does not separate political and historical periods sharply; rather, he focuses on the ‘transitions,’ highlighting how even as the new emerges, it draws heavily on what has gone before. For example, distinct from the established view on modern Turkish political history — which rehearses the idea of a radical break with the past in the establishment of the Turkish Republic in 1923 — Zurcher’s account presents Turkey as always, already in transition, in a continuous process of evolution. Here, elements of the Ottoman past were brought through into the Kemalist Republic, whose core elements were also retained, to a greater or lesser extent, in later transitions to multi-party democracy and through into the present. Similar to this approach, Yılmaz’s account considers Erdoğanism less a radical break than yet another transition in a long historical process of social and political change.

The book is structured around the concept of citizenship, which, rather than being treated as a legal definition, is taken as a dynamic concept responsive to hegemonic movements within the polity. As the title of the book suggests, creating desired citizens is unthinkable without its obverse: eliminating undesired elements. Thus, the book is equally, if not more, a story of undesired citizens. Again, however, Yılmaz’s frame is not black and white. Creating the Desired Citizen, as mentioned, establishes the category of “tolerated” citizens, alongside desired and undesired ones.

Providing a synopsis of the chapters in this book is difficult as each one is complex and polysemic enough to warrant a book of its own. It seems more productive, then, to conceive of this book in its entirety as a corpus of Turkey’s modern history. Beginning with the ontological insecurities shaping the political culture and guiding the strategic mind of the founding elite in the first chapter, the second traces the roots of these anxieties through history, providing a “thick description” of the historical context in which these anxieties and insecurities were born. The following three chapters examine the core components of Kemalism and its conception of the desired/ideal Turkish citizen, followed by an interrogation of the changing identity of desired and undesired citizens as Kemalism itself changed. The second half of the book then follows this approach in dealing with Erdoğanism—its rise, hegemonic move to power, and attempt to define its own desired, tolerated, and undesired citizens.

In a nutshell, this book presents a detailed analysis of Turkey’s political and sociological evolution, from the country’s anxious birth as a “fearful nation,” preoccupied and weighed down by historical traumas, to the present. Yılmaz’s study provides a detailed account of the polity’s “never-ending” nation-building process and offers keen insights into why this process is intransient. His book highlights the political nature of defining citizens as either “desired,” “tolerated,” or “undesired” and the way this definitional process functions as a tool in hegemonic rivalries between “political tribes” in polities such as Turkey. 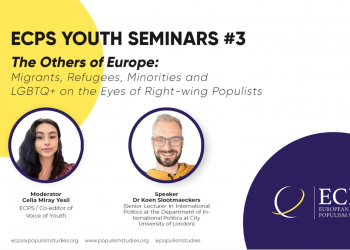