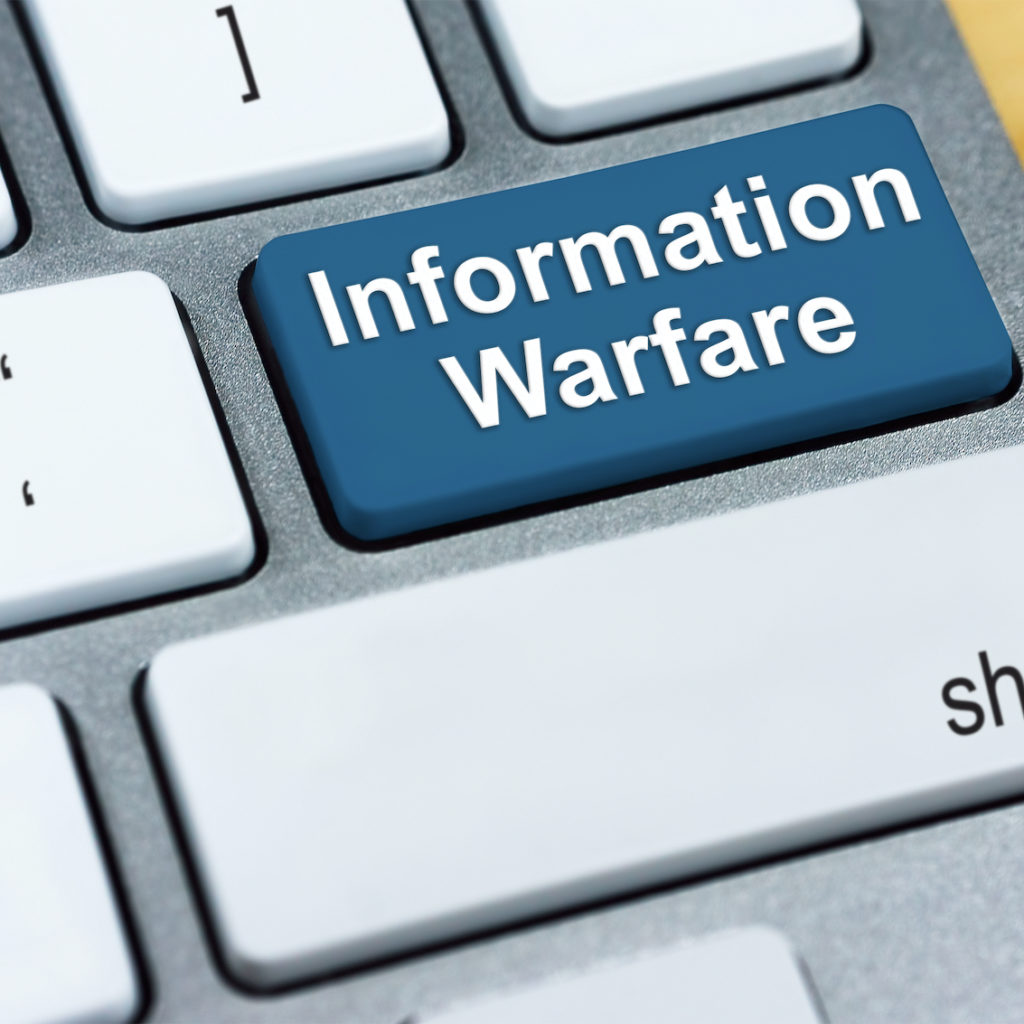 The US military focus tends to favor technology, and hence tends to extend into the realms of electronic warfare, cyberwarfare, information assurance and computer network operations, attack and defense. The military views information warfare to include electronic warfare (e.g., jamming communications links), surveillance systems, precision strike (e.g., if you bomb a telecommunications switching systems, it is considered information warfare), and advanced battlefield management (e.g., using information and information systems to provide information on which to base military decisions when prosecuting a war). Most of the rest of the world use the much broader term of “Information Operations” which, although making use of technology, focuses on the more human-related aspects of information use, including (amongst many others) social network analysis, decision analysis and the human aspects of command and control.

Joseph S. Nye states in an article that information warfare goes well beyond soft power, and it is not new. “Manipulation of ideas and electoral processes by cash payments has a long history, and Hitler and Stalin were pioneers in radio attacks. But broadcasting that seems too propagandistic lacks credibility and thus does not attract—or produce soft power among—some audiences,” says Nye. He adds that “though information warfare is not new, cyber technology makes it cheaper, faster, and more far-reaching, as well as more difficult to detect and more easily deniable.”

To an article written by Laura Rosenberger and Thomas Morley, Russia and its leadership have sought to exploit and strengthen the populist movements as a means to weaken the West and gain relative power – by deepening societal polarization, amplifying divisive issues on which these movements feed, providing financial support, and connecting movements across borders. To the authors, these movements’ alignment with pro-Russian policies — anti-establishment, anti-European, anti-American agendas – rather than a particular political ideology, drive Russia’s support.

According to the article, Russian government i) uses a range of largely asymmetric tools to support a diverse set of actors across the transatlantic space, using similar tools in different combinations in multiple countries; ii) uses cross-border networks as vectors of influence across the transatlantic space, often facilitated by Russian oligarchs or other figures close to the regime, who serve as transnational connectors of populist movements; iii) and its proxies, and illiberal populists often use shared social, cultural, or religious values, for Russia these pathways are utilitarian means not ideological ends, and are aimed at forces on both sides of the ideological spectrum that further Russia’s agenda of upending the transatlantic status quo.

Rosenberger and Morley also stated in the article that the Russian government also employs cyber and information warfare to support illiberal populist forces. Russian military strategists see cyberwarfare not as a distinct, separate form of military operation but rather one that is integrated into other means of asymmetric warfare, such as disinformation

According to an article by Dániel Hegedűs, Europe’s capacity to deal with Russian information warfare is lessened still further by how Europe sees and interprets its own role. Its partially passive, partially reactive stance combined with a somewhat hypocritical ‘victim’ narrative has two significant negative consequences: i) Such an approach undermines the credibility of the European position. This discursive frame of victimhood is, in the long run, simply not true, and significant parts of western societies understand this discrepancy. ii) European passivity leaves important strategic advantages unutilized. The EU, shocked by the Russian offensive against it, has hardly taken into account the idea that information warfare – a tactical tool in the Kremlin’s hands – could be a strategic tool for the West.

Antonios Nestoras highlights in one of his studies that “Populism, combined with disinformation and political warfare, is a major threat to freedom and democracy for Europe. Although fake news is old news and there is nothing novel in using deception in foreign policy, we have a lot to learn about how state and non-state actors use modern information and communications technology to influence our network society.”