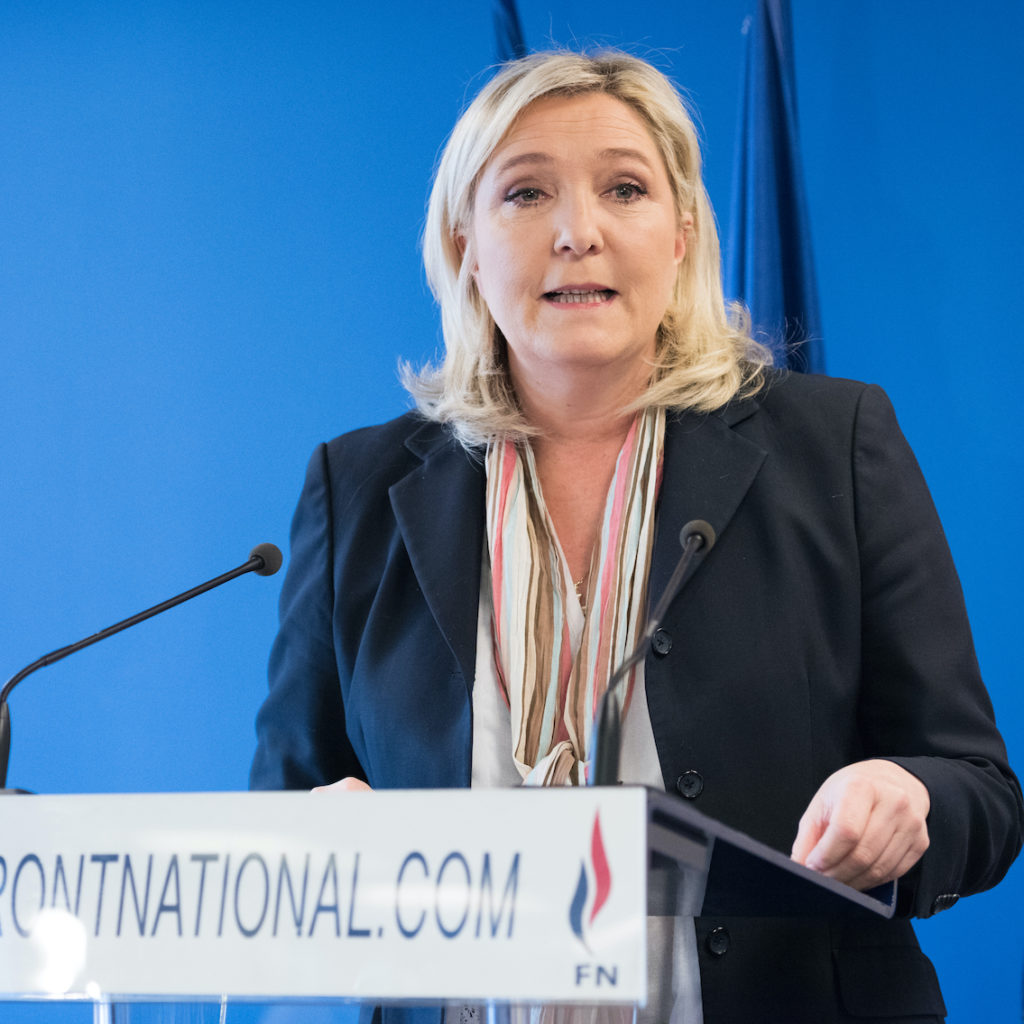 “We are for local, against global!” These were the words of Marine Le Pen, a populist and candidate for the presidency in France.

Participants base their criticisms on a number of related ideas. What is shared is that participants oppose large, multinational corporations having unregulated political power, exercised through trade agreements and deregulated financial markets. Specifically, corporations are accused of seeking to maximize profit at the expense of work safety conditions and standards, labor hiring and compensation standards, environmental conservation principles, and the integrity of national legislative authority, independence and sovereignty.

Many anti-globalization activists do not oppose globalization in general and call for forms of global integration that better provide democratic representation, advancement of human rights, fair trade and sustainable development and therefore feel the term “anti-globalization” is misleading. However, according to an article by David Adler, across Europe and North America, the rise of populism was widely seen as a backlash against globalization by its losers and left-behinds. Their vote reflected discontent with decades of international economic integration, which came at the cost of democratic control. Therefore, populist candidates were elected with the mandate to take back that control. “We are for local, against global!” These were the words of Marine Le Pen, a populist and candidate for the presidency in France. It’s a common theme among today’s populists, wrote Graham McDevitt and Mathew Butler an article.

Lubos Pastor and Pietro Veronesi stated in an article that it is clear that the ongoing pushback against globalization in the West is a defining phenomenon of this decade. For many, this pushback is best exemplified by two momentous 2016 votes: the British vote to leave the EU (‘Brexit’) and the election of a protectionist, Donald Trump, to the US presidency. In both cases, rich-country electorates voted to take a step back from the long-standing process of global integration. Similarly, in his 2011 book The Globalization Paradox, Dani Rodrik concluded that “we cannot simultaneously pursue democracy, national determination, and economic globalization.” The results of the 2016 elections and referendums provide ample testimony of the justness of the thesis, with millions voting to push back, for better or for worse, against the campaigns and institutions that promised more globalization.

Indeed, according to Albertazzi and McDonnell, the rise of populism in Western Europe is, in large part, a reaction to the failure of traditional parties to respond adequately in the eyes of the electorate to a series of phenomena including economic and cultural globalization. However, for some anti-globalist thinkers, it’s not only the discourse that’s changed: Globalization itself has changed, developing into a more chaotic and unequal system than many economists predicted. The benefits of globalization have been largely concentrated in a handful of Asian countries.

However, according to an article by Rafal Soborski, anti-globalist interpretations advanced within the territory of what is conventionally termed the extreme right, and in particular within two ideological currents which belong there: national populism and fascism. Therefore, his study tried to show the ideological continuity between early anti-universalists ideas and the contemporary extreme right.

Maiguashca B (2011). Looking Beyond the Spectacle: Social Movement Theory, Feminist Anti-globalization Activism and the Praxis of Principled Pragmatism. Globalizations, 8(4), 535-549. DOI.