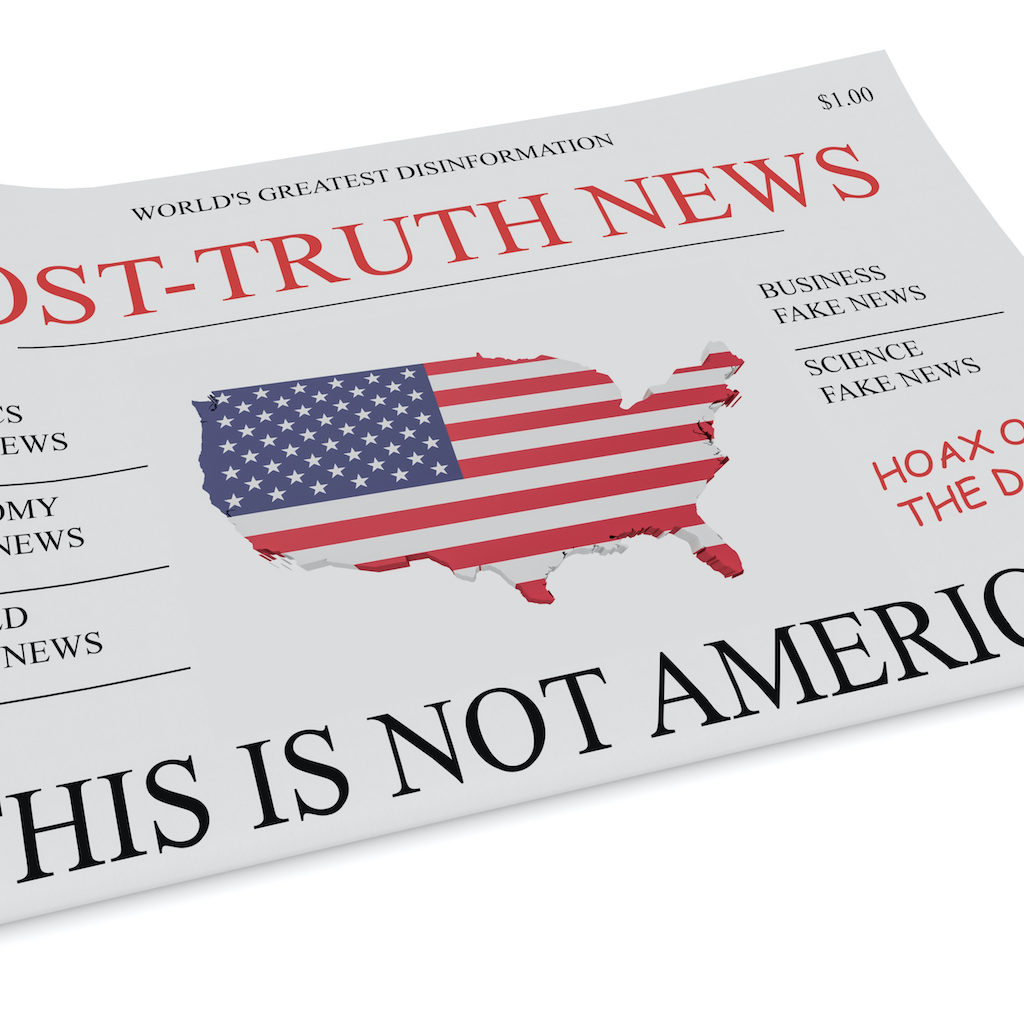 Post-truth politics, also called post-factual politics and post-reality politics, is a political culture in which debate is framed largely by appeals to emotion disconnected from the details of policy, and by the repeated assertion of talking points to which factual rebuttals are ignored. Post-truth differs from traditional contesting and falsifying of facts by relegating facts and expert opinions to be of secondary importance relative to appeal to emotion. While this has been described as a contemporary problem, some observers have described it as a long-standing part of political life that was less notable before the advent of the Internet and related social changes.

As of 2018, political commentators have identified post-truth politics as ascendant in many nations, notably Australia, Brazil, India, Russia, the UK, and the US, among others. As with other areas of debate, this is being driven by a combination of the 24-hour news cycle, false balance in news reporting, and the increasing ubiquity of social media and fake news websites. In 2016, post-truth was chosen as the Oxford Dictionaries’ Word of the Year due to its prevalence in the context of that year’s Brexit referendum and media coverage of the US presidential election.

Paradoxically, post-truth is among the most-talked-about yet least-well-defined meme words of our time, according to an article by John Keane who wrote that most observers in the English-speaking world cite the 2016 Word of the Year Oxford English Dictionaries entry: “Post-truth is the public burial of ‘objective facts’ by an avalanche of media ‘appeals to emotion and personal belief’.” Similarly, selected as word of the year by the German language society Gesellschaft für deutsche Sprache (GfdS), it refers to the growing tendency of “political and social discussions” to be dominated by “emotions instead of facts”. The GfdS adds: “Ever greater sections of the population are ready to ignore facts, and even to accept obvious lies willingly. Not the claim to truth, but the expression of the ‘felt truth’ leads to success in the ‘post-factual age’.”

According to an article by Joshua Forstenzer, evidence for the claim that we are living in an age of post-truth politics is often found in two events: The Leave campaign’s victory in the Brexit referendum and Donald Trump’s successful run for the US presidency. He writes that “Indeed, falsehoods and outright lies are perceived to have played a disproportionate role in these campaigns, with these electoral events culminating in the triumph of the campaigns that told the most egregious untruths. Thus, the ‘post-truth’ character of our politics refers to the relative irrelevance of the value of truth in contemporary public affairs.”

“Post-truth is a murky concept, but it should not be confused with a lie,” according to an article by Vittorio Bufacchi who writes that “Post-truth is much more devious and dangerous to the democratic fabric of our society. The prefix ‘post’ in post-truth refers to the claim that a specified idea has become redundant and therefore can safely be discarded. Post-truth is the belief that truth is no longer essential, that truth has become obsolete.”

Keane wrote that “populist figures otherwise as different as Viktor Orbán, Norbert Hofer and Recep Tayyip Erdogan are oversized vaudeville characters. They are merchants of post-truth, exploiters of trust and confidence artists who take advantage of the communications revolution.” He said “They stir up multimedia excitement by calling for a public revolt by millions of people who feel annoyed, powerless and no longer ‘held’ in the arms of society: people who are so frustrated or humiliated that they are willing to lash out in support of demagogues promising them dignity and a better future.”

He also reminded that many critics warn that the spread of post-truth is the harbinger of a new “totalitarianism” and others speak of populist dictatorship or “fascism-lite” government. According to Keane’s article, a novelty of our period is the production and diffusion of post-truth communication by populist leaders, political parties and governments.

According to Keane, “post-truth” is not simply the opposite of truth, it is more complicated. “It is better described as an omnibus term, a word for communication comprising a salmagundi or assemblage of different but interconnected phenomena. Its troubling potency in public life flows from its hybrid qualities, its combination of different elements in ways that defy expectations and confuse its recipients. Post-truth has recombinant qualities. For a start, it is a type of communication that includes old-fashioned lying, where speakers say things about themselves and their world that are at odds with impressions and convictions that they harbor in their mind’s eye,” he wrote.

Keane resembles “post-truth” with vaudevilles by reminding that “But post-truth is much more than entertainment, or the ‘art of contrivance’ or the ‘dictatorship of illusion’ mediated by the production and passive consumption of commodities… In the hands of the powerful, or those bent on climbing the ladders of power over others, the post-truth phenomenon functions as a new weapon of political manipulation… Post-truth is said to be the beginning of the end of politics as we’ve known it in existing democracies.”

Meanwhile, according to an article by Tuukka Ylä-Anttila, a peculiar point of interest in dramatic populist upheavals internationally has been so-called ‘post-truth’ politics, which allegedly takes an ambivalent relationship to the truth and bases itself on feelings and identity rather than fact. He writes that ‘alternative news sites’ or ‘countermedia’ such as Breitbart in the US and Fdesouche in France have contributed to the popularity of politically-charged ‘fake news’. Ylä-Anttila also suggests using the concepts of epistemological populism and counterknowledge for a more nuanced analysis of ‘post-truth politics.’ “Populists are not just ‘post-truth’; different populisms seem to have different truth orientations,” he writes.

The combination of populist movements with social media is often held responsible for post-truth politics, writes William Davies in an article and adds that “Individuals have growing opportunities to shape their media consumption around their own opinions and prejudices, and populist leaders are ready to encourage them.” Also, according to an article jointly written by Ewen Speed and Russell Mannion, terms such as ‘post-truth’ and ‘fake news’ have been used to describe the rapid transformations to the substance of populist political discourse, both in relation to the election of president Trump and the Brexit campaign. They say that populist politicians’ reliance on assertions that appear true, but have no basis in fact, creates a false view of the world, not with the intention of convincing the elites that they are right, but in reinforcing prejudices among their targeted pool of potential supporters.

“In the modern age of social media, fear, rumor and gossip can spread alarmingly fast with feelings and emotions often carrying more weight than facts and evidence. Charismatic leaders spread a populist mood which creates an additional emotional hook and which distinguishes populist political rhetoric from conventional politics. A common rhetorical device used in populist post-truth politics is the repetition of a dominant motif – which may not be based on any reliable evidence,” write the scholars.

Silvio Waisbord. The elective affinity between post-truth communication and populist politics, Communication Research and Practice, 1-18, May 2018.