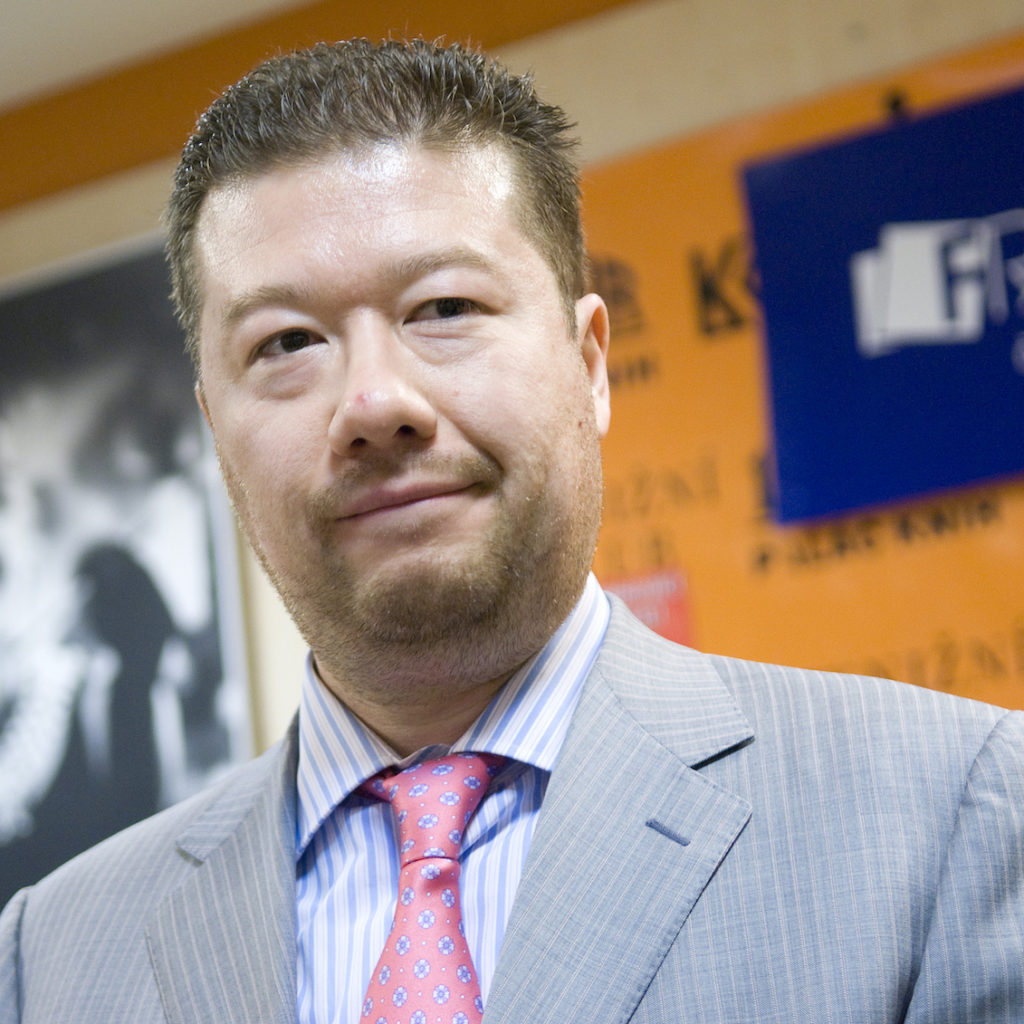 The Russian point of view on many international issues is shared by the right-wing populist party of Freedom and Direct Democracy headed by Tomio Okamura.

Russophilia is admiration and fondness of Russia (including the era of Soviet Union), Russian history and Russian culture. Russophilia in other European countries may be based on stereotypes produced by mass culture (“traditional Russian hospitality”, “Russian tenderness”  etc.)  as well as on in-depth study of Russian mentality. According to an article by Steven Erlanger and Neil MacFarquhar, today populist Russophile parties are in power in Greece, Hungary, Italy and Austria.

Meanwhile, Yehuda Ben-Hur Levy writes in an article that right-wing populist parties disagree on many foreign policy issues. They range from anti-American to pro-American, from Russophile to Russosceptic and from isolationist to internationalist. But they are united on some points, notably Euroscepticism. Populist parties fall into three groups in their attitudes to Russia. First, the FPÖ, FN, and Ataka enjoy close links to Moscow. They believe that European countries should give more credence to Russia’s concerns; the FN’s foreign policy programme contains a proposal for the creation of a trilateral alliance between Paris, Berlin and Moscow.

Stating that leaders of these parties have also been vocal defenders of Russia’s actions in Ukraine, Levy says that a number of factors fuel these Russophile sentiments: i) Putin’s political stance – which Strache and Le Pen praise – overlaps to a certain degree with their own authoritarian ideology. Putin’s nationalistic rhetoric, conservative social messages (with regard to homosexuality, for example) and strong line against radical Islam and the US appeal to some right-wing populists. ii) Such parties perceive Russia as an actor capable of weakening the EU, an institution that they too oppose. iii) Russia is a potential counterweight to the US in the global order, and populists hope that a stronger Russia will diminish American involvement in Europe.

The second group are not ‘pro-Russian’ per se, but accuse the EU of damaging the interests of European states by provoking confrontation with Russia. UKIP, the SD and the PVV fall into this category. Finally, some populist parties do not belong to either of these groups. The Danish DPP has no clear and coherent policy towards Russia. On the one hand, DPP foreign policy spokesman Søren Espersen condemned Russia’s aggression and spoke about the Danish obligation to help secure the Baltic States against Russia by deploying naval forces; on the other, he accepted the results of the Crimean referendum.

On the other hand, Slavophile, orthodox Russophile, and “anti-western” features of traditional Serbian national populism is also emphasized in a study by Veljko Vujacic who underlines the fact that such “Russophile” sentiments gained a further foothold in Serbian society during the 1990’s. Following the disappointment with the policies of Serbia’s old “Western allies” (United States, England, and France) revival of the old idea of Russia as the only great power protector of the Balkan orthodox Slavs re-emerged.

According to Vujacic, the Russophile ideological influences on Serbian national populism are taken as a proof of the anti-liberal and exclusivist character of traditional religious-orthodox Serbian nationalism. A further step is taken along the same path when the disproportionate number of “Stalinist Russophiles” of Serbian and Montenegrin origin in the Communist Party of Yugoslavia (KPJ) is partially attributed to these traditional “orthodox-Slavophile” cultural influences.

According to an article by Vassilis Petsinis, who asserts that latent Russophilia is a component of national populism in Greece, a number of ministers in the former Greek government have been criticized by European commentators for their supposedly pro-Russian views. He says “Vladimir Putin’s espousal of a ‘Eurasian’ foreign policy doctrine brought about a new wave of Russophilia in Greece (2000s). Various segments across Greece’s political spectrum saw a guarantee that Western arbitrariness in Global Politics would be regulated if Russia emerged as a more potent global actor… Of particular importance is the impact of Russophilia among the Greek left and set in context the degree to which it has adopted hybrid aspects of the Greek national populism’s discourse.”

The Russian point of view on many international issues is shared even by the majority of deputies representing the Czech communists and the right-wing populist party of Freedom and Direct Democracy headed by Tomio Okamura, according to an article by Piotr Bajda.

“The sputnik.cz portal is active in the media, the website www.parlamentnilisty.cz and several others are also included in the pro-Russian media. The Embassy of the Russian Federation in Prague can always count on a group of social activists or scientists from smaller academic centers who can organize events in line with Russian narrative,” wrote Bajda.

Stating that populist Eurosceptics and European Russophiles are not the same thing, and it is wrong to assume that they are, Andrey Kortunov said in an article that “Observing the practical steps of the supposed ‘pro-Russian’ European populists who have come to power in their countries, one gets the impression that most of them see the issue of Russia as nothing more than a bargaining chip in a higher-stakes game with Brussels.”

According to Kurtunov, Viktor Orbán has been joined by the leader of the Coalition of the Radical Left (Syriza) in Greece Alexis Tsipras and the shining star of the Lega Nord, Deputy Prime Minister of Italy Matteo Salvini in the repeated criticism of the sanctions against Russia, the excessive activity of NATO on its eastern borders and Brussels’ harsh rhetoric with regard to the Kremlin. “As a rule, particularly loud statements were made during election campaigns or from the parliamentary seats of the political opposition. However, once in power, these leaders invariably toe the ‘party line,’ carefully measuring how much political recalcitrance Brussels will tolerate. Their readiness to support ‘European solidarity’ on the Russian front apparently allows populists to wring additional concessions from the European Union on more important issues,” wrote Kurtunov.

As a socialist writer George Fish even claims that Putin sees spreading ‘chaos’ in the West as a good way to advance Russian nationalist goals, and in furthering such, finds agreeable help in Russophile right-wing populists such as France’s Marine le Pen and, of course, the US’s Donald Trump. He also wrote that it is not surprising that Russia actively tried to influence the French and US elections in favor of these candidates. The Russians failed to do in France, but which is a major point of contention in the US.

Petsinis, Vassilis (2016). Russophilia as a Component of National Populism in Greece. Critique and Humanism Journal, 46, 281−298.