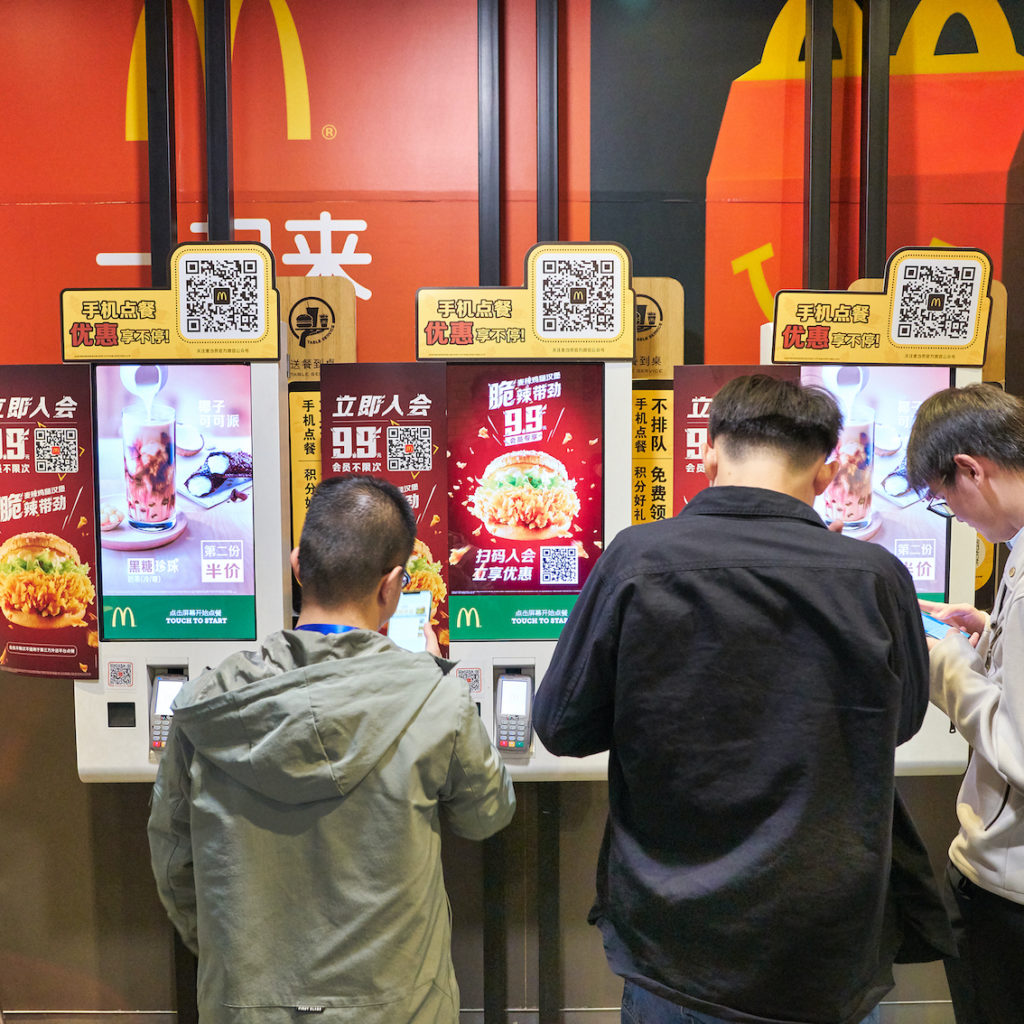 Self-ordering kiosk at McDonald's restaurant in Shenzhen, China in 2019.

The term xenocentrism refers to the desire to engage in the elements of another’s culture rather than one’s own. Styles, ideas and products can all be items of preference by someone with xenocentrist viewpoints. For example, you might meet an American who insists French culture is better than the American way of living. Another example is the romanticization of the noble savage in the 18th-century primitivism movement in European art, philosophy and ethnography.

In psychological terms, xenocentrism is considered a type of deviant behavior because it sways from the norms of society. It is unexpected that an individual would value the goods, services, styles, ideas and other cultural elements of another nation. However, in some limited circumstances, it has been noted that xenocentrism can help to shed light on cultural deficiencies, whether it be ideas or products, and offers the opportunity to fix that which may legitimately inferior to another country or culture.

It is also noted that self-perception and self-esteem can contribute to xenocentrism. In certain circumstances, some individuals may attempt to elevate their perception among others by eschewing domestic products for foreign ones. By doing so, the individual believes she is painting herself in a better light as a more educated, worldly and savvy consumer. In some extreme cases of xenocentrism, the impact on the local culture of its people favoring others’ cultures can be devastating, sometimes even wiping out the culture entirely in favor of its more desirable counterpart.

Xenocentrism is countered by ethnocentrism (the perceived superiority of one’s own society to others) of right-wing populists in many countries. Accordingly, Jeroen van der Waal and Willem de Koster state in an article that support for protectionism may be part of the link between ethnocentrism and nationalism on the one hand and support for right-wing populist parties on the other. Additionally, if trade associations and partnerships such as NAFTA and TTIP are considered to be projects of ‘corrupt political elites’ beyond the control of the common man, support for protectionism might be part of the well-established link between political distrust and support for both leftist and rightist populist parties.

Wolfgang Aschauer and Jochen Mayerl explain this situation in their article by writing that when certain social groups in society are exposed to particular problematic economic, political or cultural conditions, it can be assumed that those specific people, experiencing societal malaise, react with ethnocentrism. This notion refers to a kind of tunnel vision ‘in which one’s own group is the center of everything’. This narrow focus of ingroup favoritism and outgroup devaluation exerts diverse impacts on solidarity and social cohesion. However, they also warn that the rise of ethnocentrism leading to constraints in macro-solidarity is mainly viewed as a direct consequence of the citizens’ perceptions of crises and the rapid societal transformations in Europe.