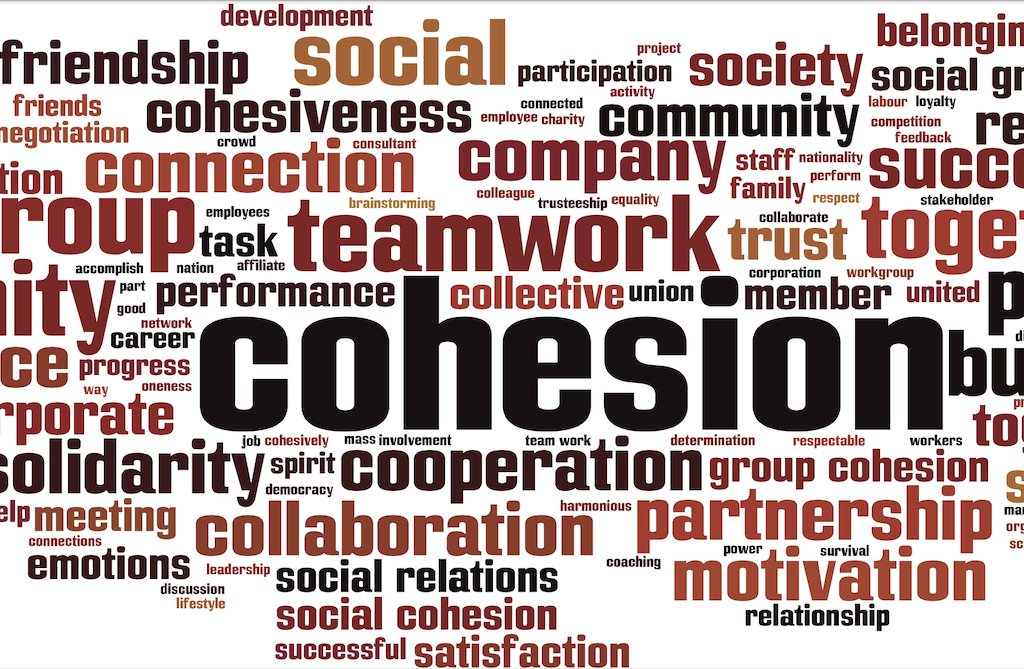 As understood by the Council of Europe (CoE), social cohesion is the capacity of a society to ensure the welfare of all its members, minimizing disparities and avoiding polarization. A cohesive society is a mutually supportive community of free individuals pursuing these common goals by democratic means.

According to a report by CoE, all societies have to live with the strains and stresses caused by divisions and potential divisions. For example, there are disparities of wealth between richer and poorer people in all societies; when these disparities are excessive, or tending to increase, cohesion is put at risk. “Again, no society is without ethnic and cultural diversity; the question is how to manage diversity so that it becomes a source of mutual enrichment rather than a factor of division and conflict. A cohesive society is one which has developed satisfactory ways of coping with these and other strains in an open and democratic manner. This means taking action to reduce inequalities and restore equity so that these various divisions remain manageable and do not grow so as to threaten the stability of society,” says CoE the report.

Report underlines the fact that no society is fully cohesive. Social cohesion is an ideal to be striven for rather than a goal capable of being fully achieved. It constantly needs to be nurtured, improved and adapted. “Each generation has to find afresh a manageable equilibrium of forces. This is a constantly shifting equilibrium which has to adapt to changes in the social and economic environment, in technology and in national and international political systems,” explains the report and adds “Social cohesion is not only a matter of combating social exclusion and poverty. It is also about creating solidarity in society such that exclusion will be minimized. At the same time, in so far as poverty and exclusion continue to exist, there is also a need to take specific measures to help vulnerable members of society.”

Anuschka Álvarez von Gustedt and Susanne Gratius write in an article that there is a direct correlation between rising populism and deteriorating social cohesion. According to the authors, in Latin American democracies, the lack of social cohesion brought left-wing populism to power. “This happened particularly in countries with traumatic experiences, such as Argentina after the financial crash in 2001; Bolivia and Ecuador due to deep ethnic cleavages; Mexico, where poverty and crime rates have soared since 2000; or Venezuela, which was governed by a small elite at the expense of social exclusion until the end of the 1990s,” explain von Gustedt and Gratius and add “In all of these countries, liberal democracies failed to deliver wealth and social cohesion comparable with European welfare standards, where a functioning state provides basic services such as security, social protection, education or health,”

“Populist presidents like Evo Morales, Hugo Chávez, Rafael Correa, Néstor and Cristina Kirchner or, more recently, Andrés Manuel López Obrador were all elected under the promise of a social revolution and the immediate inclusion of poor and marginalized groups of society”, write the authors. They say “However, while these populist governments adopted inclusive policies by increasing social expenditures and social programs, they did not promote ‘cohesion’ or ‘cohesive societies’ but rather have tended to create new political and social cleavages between their followers and their declared enemies, ‘the others’. Therefore, and given that they are both polysemic concepts, left- wing populism and social cohesion embody a difficult marriage.”

The reduction of poverty, inequality and social exclusion are the three main pillars and consensus in the European-Latin American-Caribbean agenda of social cohesion. Because, according to the authors, in recent decades, a host of factors have undermined the necessary conditions for social cohesion in Latin America: low levels of economic growth and unsatisfactory poverty reduction; increasing income inequalities; asymmetries resulting from access to information; continued discrimination and exclusion based on class, ethnicity, race and gender; greater individualism; legal and normative uncertainty; and an increasing gap between de jure and de facto.

Therefore, in Latin America, the frustration with liberal democracy’s low social output, compared to European societies, has been an additional argument for the rise of populism. The authors say “Latin American populist movements emerged in a context of strong social stratification, where large groups of society, such as the indigenous people in Bolivia and Ecuador, were excluded from the socio-economic and political process for centuries. In societies with hierarchical, top-down vertical power structures and small elites that benefit from globalization, the populist agenda of redistribution, inclusion of the poor, and its anti-liberal political and economic discourses have been particularly successful.”

The populists relied not only on charismatic leaders, but also on the mobilization of marginalized social groups (internal migrants, new urban workers, peasants, and indigenous groups), according to the authors who remind that “populists developed a mostly inclusionary vision of society that ‘promised free elections to eliminate electoral fraud, bring about the socioeconomic incorporation of workers and the poor, defend and expand national sovereignty, and raise high the symbolic dignity of the excluded.’”

Von Gustedt and Gratius conclude that “in contrast with social democrats, leftist populist discourses tend to divide between rich and poor instead of creating cohesive societies. In all cases, social results come at a cost to democracy (concentration of power, top-down policies and polarization between followers and ‘enemies’) and, consequently, costs for social cohesion, based on harmonic and not divided societies: ‘to maintain an alliance with social basis, it is not enough to distribute the income in the best possible way, but also to distribute power.’”

Despite populism promises to respond to those situations through a leader who does not need to negotiate with his/her opponents, and who is strong enough to impose his/her agenda against the former elite, the authors say “Nonetheless, the costs of populist social inclusions are high: Using democratic means, they all too often seek to concentrate power through new constitutions, take control of media, the legislative and judicial branches of government, and perpetuate their rule by using electoral reforms, nepotism, and the suspension of constitutional guarantees. Thus, they gradually abandon the path of direct democracy by citizen’s control which they had promised at the beginning of their mandates.”

As Hannah Goddard-Rebstein says in an article that threats to social cohesion posed by globalization, immigration and economic inequality have been the source of much public discussion in recent years, especially as they are often credited with the rise of right-wing populist parties in many countries, a report by Yoichi Funabashi, Shunta Takino, Lauren Altria and Andrea Fischetti explain why the foundations of the liberal international order are in crisis. They state that “US’ unwillingness to play its traditional role as protector of liberal values of open borders, free trade, and multilateralism has left a void in global politics. In this space, emerging economies and authoritarian states have increased their influence. At home, the threat comes from antagonistic populism based upon socio-economic inequalities that drive anti-pluralist and restrictive ideologies that threaten social cohesion.”