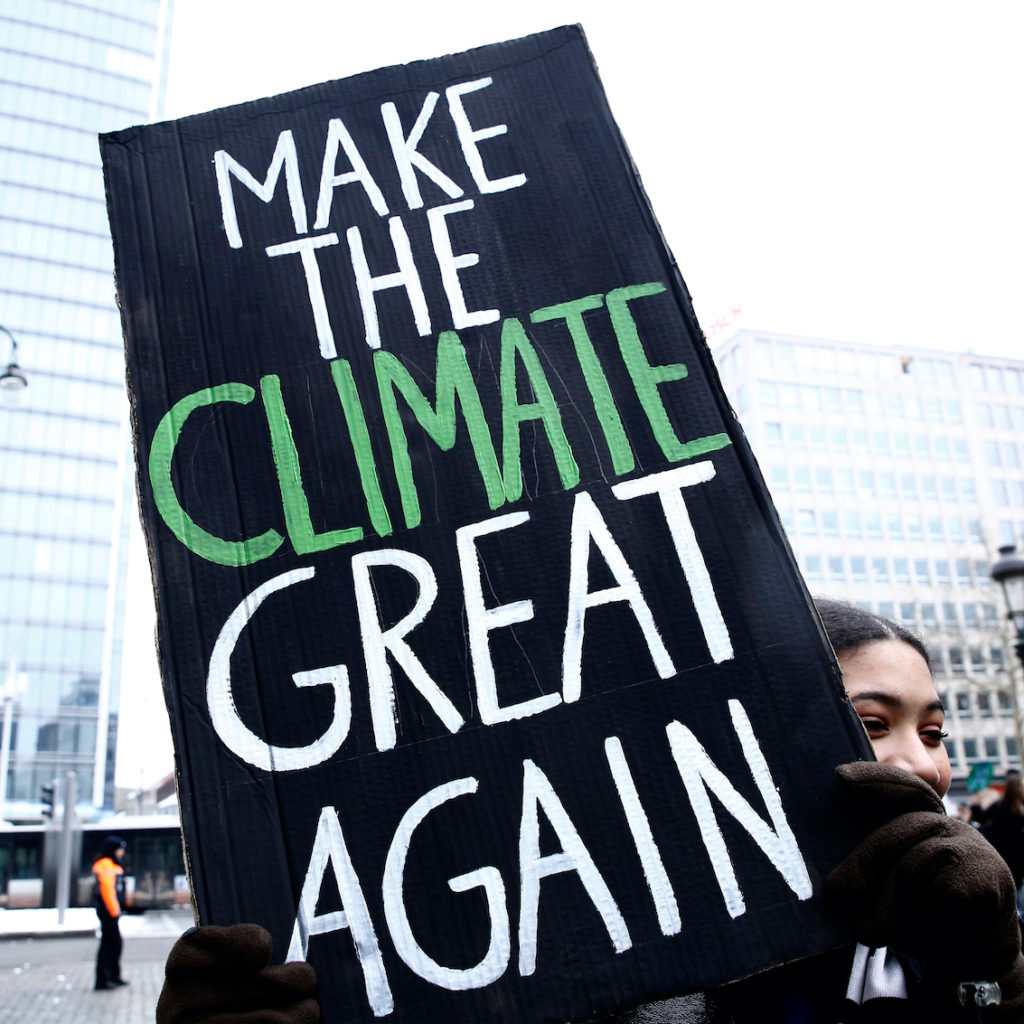 Belgian students claim for urgent measures to combat climate change during a demonstration in Brussels on January 24, 2019.

Environmental politics scholars have studied the way in which right-wing populist governments typically favor particular elements of the environment associated with nationalism and identity such as landscape but are often openly hostile to the science on climate change and, hence, to policy action to tackle it. However, in an article, Chris Hilson made a start by exploring the extent to which climate change litigation might be regarded as an example of populism—both in terms of the type of litigant and the style of argument. He labelled these ‘populist legalism’ and ‘legal populism’, respectively.

An appeal to the will of the people is a common feature of populism: populist leaders claim to speak for the ‘real people’ over incumbent democratically elected governments who have been captured by elites, and hence serve only their interests and not those of the people who elected them. According to Hilson, the current campaigning battles against the climate emergency share something in common with this. Incumbent governments have at best taken woefully inadequate action given the scale and nature of the emergency or, at worst, been captured by fossil fuel and other powerful economic elites who have an interest in preserving the status quo. Climate campaigners might therefore be said to be speaking up for the people against these recalcitrant elites.

And, Hilson reminds, they have done so, in part, using the courts. Hilson says “that litigants are doing so via the courts—typically seen as part of the suspect elite —might itself be regarded as unusual in populist terms. After all, part of the job of the courts is to uphold the rights of minorities—some of whom are regarded by right-wing populists as not part of the real people, and thus not deserving of favorable treatment… The real tension here is between slow movement by democratically elected governments and the desire for more urgent action by climate campaigners. Both in some senses represent what the people want: many people want serious action taken, but at the same time do not want to give up their carboniferous luxuries, let alone adopt a life of climate austerity.”

“While it may be possible to see climate change litigation as a form of populism, one should not assume that climate law and litigation somehow represent the populist strategy of choice: far from it,” says Hilson and adds that “However, what is perhaps as interesting to note is that left climate populism seems to be consigned to the strategies of protest and litigation. This lies in stark contrast to right populism, which tends to be associated with charismatic and authoritarian, populist political leaders. They do not simply litigate or protest against government: they become the government. While green or eco-authoritarianism as an idea is not a new one, we have yet to see a populist climate authoritarian leader come to the fore and tackle the climate emergency.”

If one defining feature of populism is an appeal to the will of the ‘real people’, then another is its anti-expert stance, with science as a key form of such expertise in the firing line. According to Hilson, if populism appeals to emotions over rationality, facts and the truth that are associated with distrusted experts. The environmental movement and some academics (including environmental lawyers) have at times exhibited distinctly populist tendencies along these lines. There has been a tendency among some environmentalists to favor citizen perceptions of risk and emotions over the science.