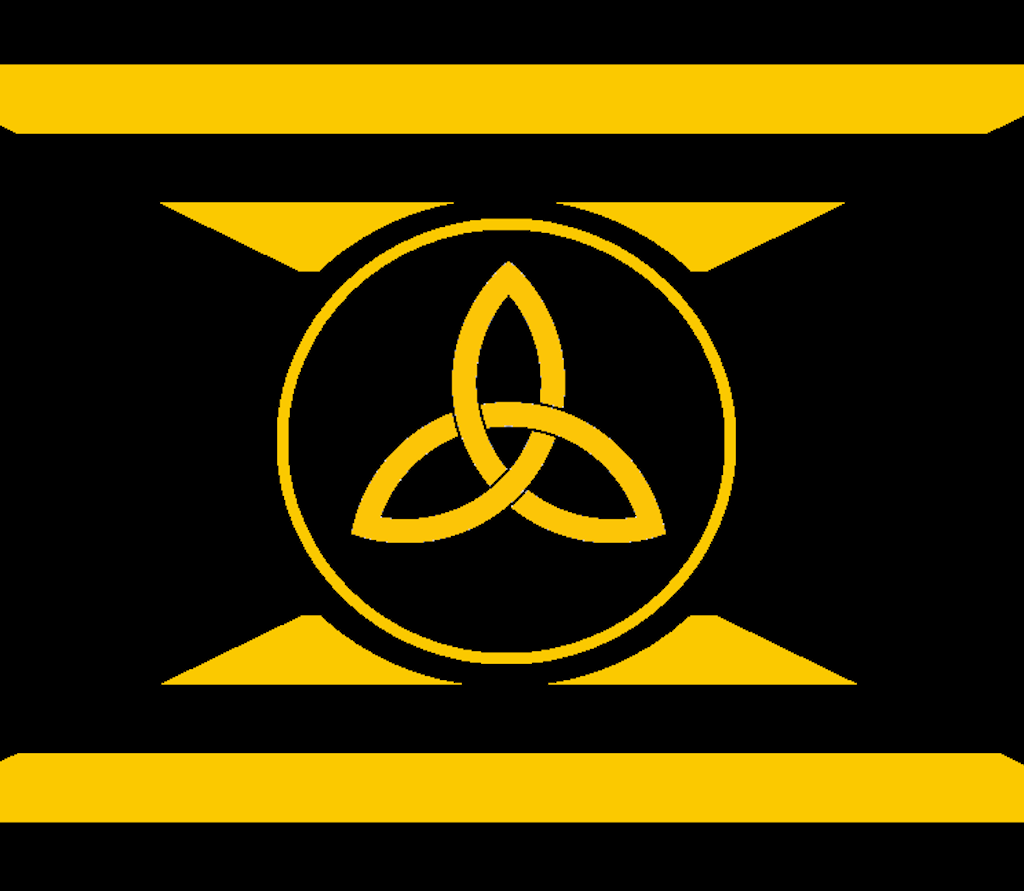 The flag of Dark Enlightenment.

The Dark Enlightenment or the neo-reactionary movement, sometimes abbreviated NRx, is an anti-democratic, anti-egalitarian, reactionary philosophy founded by Curtis Yarvin, an American software engineer and blogger under the pen name “Mencius Moldbug,” and developed further by English philosopher Nick Land. The ideology generally rejects Whig historiography, the concept that history shows an inevitable progression towards greater liberty and enlightenment, culminating in liberal democracy and constitutional monarchy. monarchism and other archaic forms of leadership such as cameralism.

In 2007 and 2008, Yarvin articulated what would develop into Dark Enlightenment thinking. Yarvin’s theories were elaborated and expanded by Land, who first coined the term Dark Enlightenment in his essay of the same name. Jessica Klein, who defines Dark Enlightenment as a disturbing philosophy in an article, states that it’s what would happen if more members of the alt-right read Nietzsche and H.P. Lovecraft instead of Donald Trump’s tweets. She reminded that “at its core, the Dark Enlightenment is a neo-reactionary philosophy started by Nick Land, a continental philosophy professor at the University of Warwick until the late 1990s. There, he cofounded the Cybernetic Culture Research Unit with colleague Sadie Plant, whose writing went on to influence cyberfeminism.”

In 2012, Land’s online manifesto condemns democracy and cites libertarians like Peter Thiel, quoting his belief that freedom and democracy are not “compatible.” It has ten parts, compares immigrants to zombies before you can scroll even a quarter of the way through, and quotes major political and cultural figures ranging from Alexander Hamilton to Winston Churchill, noting Hobbes, Marx, the Terminator, and, importantly, Mencius Moldbug.

Klein writes that Moldbug has endorsed slavery, noting that some races are “better suited” for it than others. He also believes that feudalism is superior to democracy. In his modern feudalism, kingdoms would instead look like corporations, with CEOs as sovereigns. Without those pesky chains of democracy holding him back, the CEO can make decisions that would be necessarily beneficial because they’d be financially profitable. The CEO would have a very high IQ, or would perhaps be a cyborg, exemplifying the crossroads where eugenics and the singularity merge in a horrific, sci-fi dystopia. Kind of like the 1997 movie Gattaca, except that some people actually want it to happen.

The Dark Enlightenment has been described by journalists and commentators as alt-right and neo-fascist. A 2016 article, written by Park MacDougald in New York magazine, notes that “Neoreaction has a number of different strains, but perhaps the most important is a form of post-libertarian futurism that, realizing that libertarians aren’t likely to win any elections, argues against democracy in favor of authoritarian forms of government. ”

Some consider the Dark Enlightenment part of the alt-right, its theoretical branch. The Dark Enlightenment has been labelled neo-fascist and “an acceleration of capitalism to a fascist point”. Land disputes this, claiming that “fascism is a mass anti-capitalist movement” a point of view that is not corroborated by historical knowledge about the economics of fascism. Journalist and pundit James Kirchick says in an article that “although neo-reactionary thinkers disdain the masses and claim to despise populism and people more generally, what ties them to the rest of the alt-right is their unapologetically racist element, their shared misanthropy and their resentment of mismanagement by the ruling elites.”

Klein asserts that though closely associated with the alt-right, the Dark Enlightenment is more elitist than populist. She writes “That ‘selective breeding’ Dark Enlightenment proponents are a fan of should be, in their eyes, between people with high IQs — white people with high IQs, or maybe East Asians, if you’re reading Land’s blog. Trump, in Land’s view, is indicative of democracy’s broken nature, not a cause for celebration — even though you’d think his xenophobic, white supremacist views would line up neatly with the Dark Enlightenment’s. Turns out Trump isn’t intellectually enlightened enough. ”

Meanwhile, according to an article by Olivia Goldhill, Benjamin Noys, who is a critical theory professor at the University of Chichester, claims that Dark Enlightenment proponents see themselves as “the philosophical masters” of the alt-right movement. “Land sees himself as above all that, as a Philosopher King of a movement that’s too populist and grubby for this liking,” says Noys. “He’s part of this continuum, that’s pretty clear. But he’s fighting to distinguish himself from the more populist end of things.”

Klein also says that there’s an overlap between the Dark Enlightenment and the white supremacist, anti-immigration groups, like the VDARE Foundation. According to her article, the Southern Poverty Law Center describes the VDARE site as “a place where relatively intellectually inclined leaders of the anti-immigrant movement share their opinions.” One of its biggest contributors is Peter Brimelow. Both he and Land have been connected to the LD50 art gallery in London, which has provided a platform for neo-reactionaries and neo-Nazis. The Shut Down LD50 Tumblr specifically points to Land promoting “racism, in its eugenic, ethnonationalist, and cultural varieties.”

Eliana Johnson and Eli Stokols reported that former Trump strategist Steve Bannon is a fan of Dark Enlightenment. They wrote that Moldbug has reportedly opened up a line to the White House, communicating with Bannon and his aides through an intermediary.