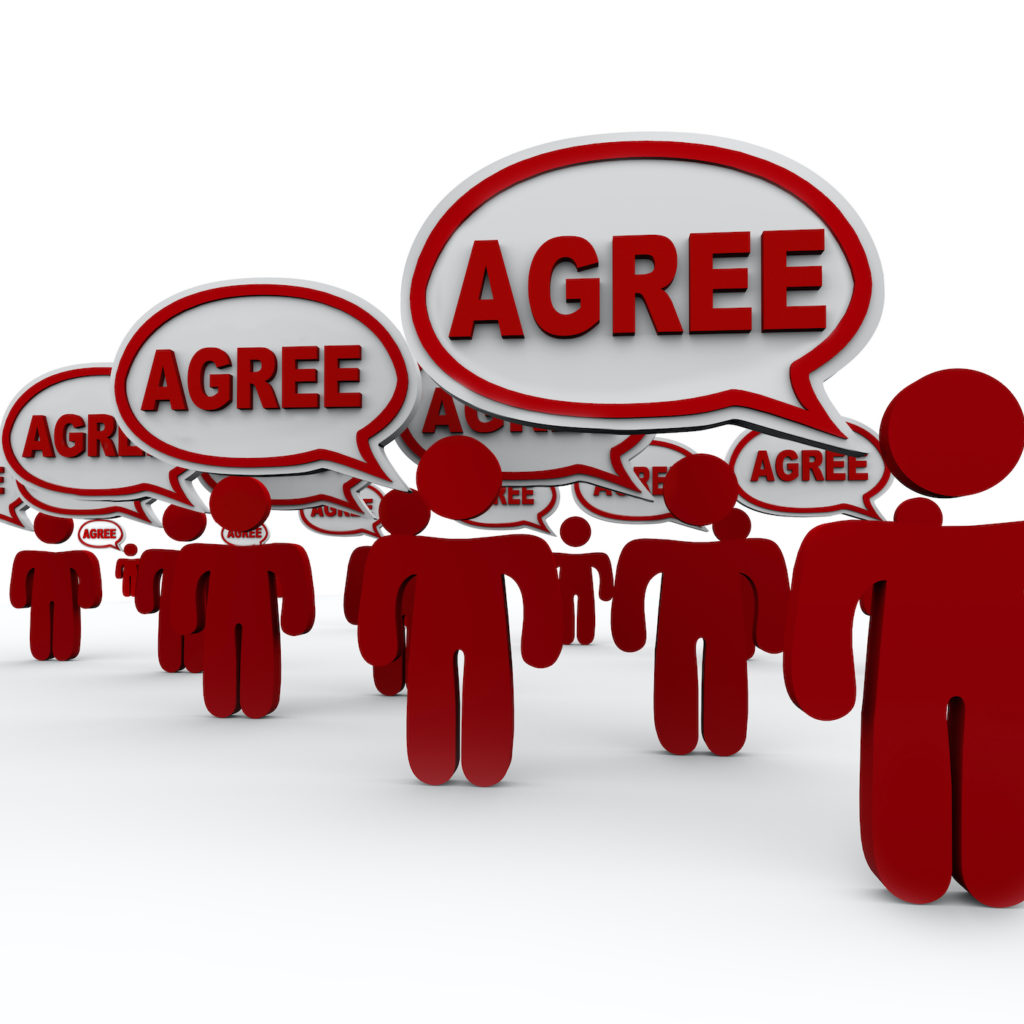 The tendency to overestimate how much other people agree with us is known among social psychologists as the false consensus effect. According to an article written by Kendra Cherry, this kind of cognitive bias leads people to believe that their own values and ideas are “normal” and that the majority of people share these same opinions. In psychology, the false consensus effect, also known as consensus bias. It is a pervasive cognitive bias in social inferences, which people tend to “see their own behavioral choices and judgements as relatively common and appropriate to existing circumstances”.

In other words, it is perceivers’ tendency to assume that their personal qualities, characteristics, beliefs, and actions are relatively widespread through the general population in any given situations. The false consensus effect has been widely observed and supported by empirical evidence. Researches have suggested that cognitive and perceptional factors (e.g. motivated projection, accessibility of information, emotion, etc.) may contribute to the consensus bias, while recent studies have focused on its neural mechanisms.

According to an article by Magdalena Wojcieszak and Vincent Price, the origins of the false consensus effect may be different, nevertheless, it seems that the prevalent one is the estimate drawn from the experience gained through learning from other people about their opinions and beliefs. This point is further supported by the argument that when people are exposed to frequent meetings with same-minded persons in social groups or communities in which different opinions are present, their estimate of broader social environments is biased…

Cherry says one of the possible causes of the false consensus effect involves what is known as the availability heuristic. When we are trying to estimate how common or likely something is we tend to look at the examples that come to mind most readily. “If you are trying to determine if other people share your beliefs, you’ll probably think of people who are the most similar to you, like your family and friends, and it’s very likely that they do share many things in common with you,” underlines Cherry.

Researchers have suggested that there are three main reasons why false consensus occurs: i) Family and friends are more likely to be similar to us and share many of the same beliefs and behaviors; ii) Believing that other people think and act the same way we do can be beneficial to our self-esteem. In order to feel good about ourselves, we are motivated to think that other people are just like us. iii) We are the most familiar with our own attitudes and beliefs. Since these ideas are always at the forefront of our minds, we are more likely to notice when other people share similar attitudes.

The false consensus effect was first defined in 1977 with emphasis on the relative commonness that people perceive about their own responses; however, similar projection phenomena had already caught attention in psychology… The false consensus is significant because it increases or decreases self-esteem, the overconfidence effect or a belief that everyone knows one’s own knowledge. It can be derived from a desire to conform and be liked by others in a social environment. This bias is especially prevalent in group settings where one thinks the collective opinion of their own group matches that of the larger population. Since the members of a group reach a consensus and rarely encounter those who dispute it, they tend to believe that everybody thinks the same way. The false-consensus effect is not restricted to cases where people believe that their values are shared by the majority, but it still manifests as an overestimate of the extent of their belief.

Additionally, when confronted with evidence that a consensus does not exist, people often assume that those who do not agree with them are defective in some way. There is no single cause for this cognitive bias; the availability heuristic, self-serving bias, and naïve realism have been suggested as at least partial underlying factors. When faced with uncertainty and a limited sample from which to make decisions, people often “project” themselves onto the situation. When this personal knowledge is used as input to make generalizations, it often results in the false sense of being part of the majority.

The false-consensus effect can be contrasted with pluralistic ignorance which happens when members of group privately vary in expectations or disagree with group’s norm but feel different from the rest of the group and publicly act similarly as them.

According to a study conducted by Anne Schulz, Werner Wirth and Philipp Müller at Zurich University, some anecdotal evidence points to as yet unstudied characteristics that populist citizens may share. Specifically, news reports about populist politicians and populist citizens suggest that hostile media perceptions and false consensus beliefs could unify those who support populist ideas.

For example, media reports document chants of “We are the people” at demonstrations for populist movements as well as attacks against the media by populist actors or their followers, calling them fake news or system media. Additionally, theoretical work speaks to the possible importance of anti-media rhetoric and opinion majority claims for populism at the communicator level. In combination with the observations captured within anecdotal evidence, these theoretical accounts motivate the assumption that populism, hostile media perceptions, and false consensus beliefs can also be connected at the citizen level.

We Are the People and You Are Fake News: A Social Identity Approach to Populist Citizens’ False Consensus and Hostile Media Perceptions — A Schulz, W Wirth, P Müller; Communication Research, 2018, 0093650218794854