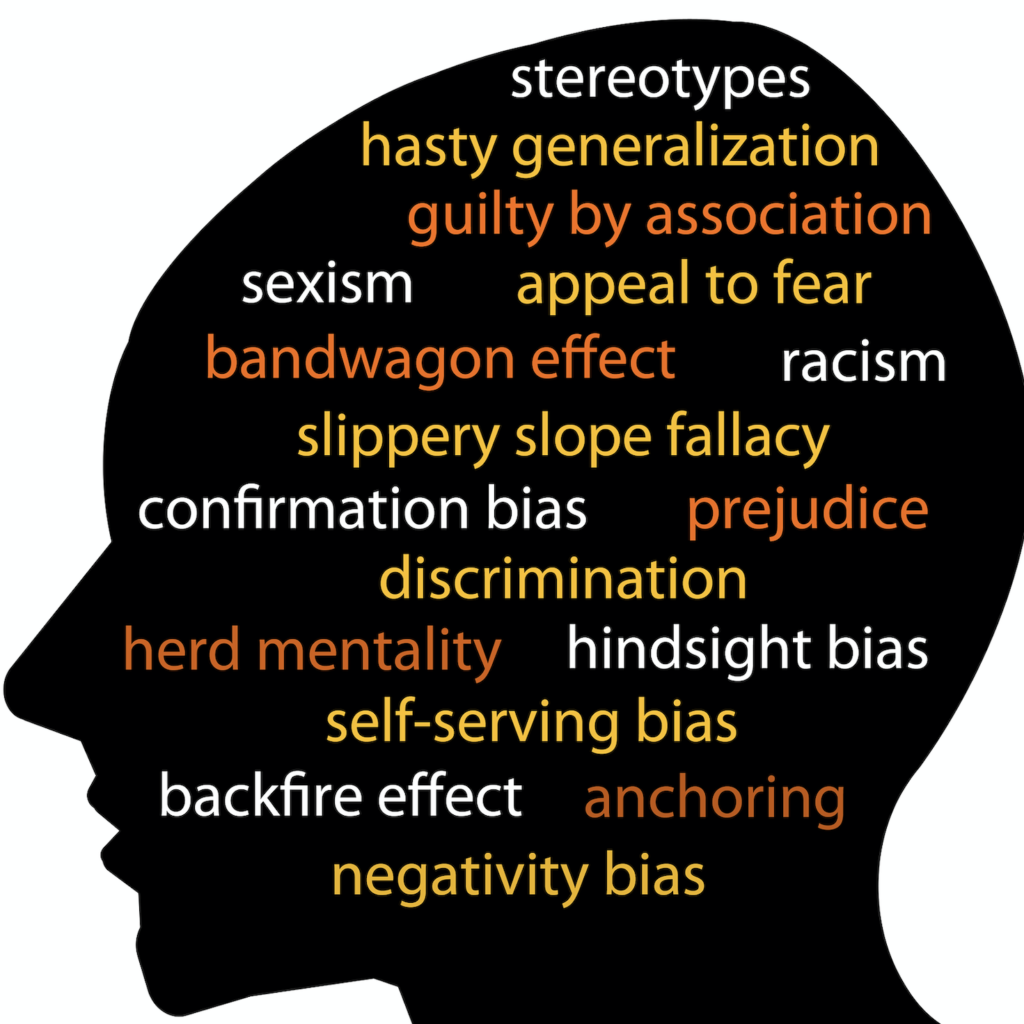 According to an article written collectively by Miles Hewstone, Mark Rubin, Hazel Willis, Intergroup bias is a general, but not a universal, phenomenon, and contemporary social psychology has contributed to a more differentiated and context-dependent view of bias.

To them, bias can encompass behavior (discrimination), attitude (prejudice), and cognition (stereotyping). Namely, forms of intergroup bias range from prejudice and stereotyping, via discrimination, injustice, perpetuation of inequality and oppression, to ethnic cleansing and genocide. More precisely, this group-serving tendency can take the form of favoring the in-group (in-group favoritism and/or derogating the out-group). Use of the term “bias” involves an interpretative judgment that the response is unfair, illegitimate, or unjustifiable, in the sense that it goes beyond the objective requirements or evidence of the situation.

Daniel Yudkin says in one of his articles that the study of intergroup bias has yielded some fascinating insights. For instance, people display what is known as an empathy gap toward outsiders. While people are known to experience empathic pain at the sight of another’s suffering, this feeling is significantly reduced for members of an opposing group. Indeed, some research suggests that people actually experience boosts in mood when misfortune befalls an out-group member. The effects of the empathy gap have been found at the neural level, where brain patterns associated with in-group empathy diminished for out-group members.

Intergroup bias also shows itself in other ways. For example, in a phenomenon termed outgroup homogeneity, people tend to see members of opposing groups as all alike —a finding that can have important implications for the manner in which people classify members of other groups. This form of prejudice can be seen in a variety of contexts. For instance, in the political context, outgroup homogeneity can cause people to see all members of an opposing party as conforming to the same set of narrow views. It can lead people to see immigrants as all sharing certain unattractive or undesirable traits. Or it can seduce people into simplistic assumptions about different religious, ethnic, or national groups.

Another consequence of intergroup bias is dehumanization, in which people deprive rival group members of basic human features, including agency, identity, and the capacity for suffering. Dehumanization has pernicious effects on people’s decision-making. Research by psychologists at Stanford, for instance, found that the degree to which people implicitly associate black faces with having ape-like features predicts their willingness to sentence them to death for a crime. This disturbing finding shows just how damaging intergroup biases can be for universally recognized ideals such as fair treatment under the law.

According to an article written by Mikko Salmela and Christian von Scheve, attributions of responsibility and blame that are based on in-group vs. out-group distinctions are well established in the literature on scapegoating. Groups that are scapegoated by right-wing populist parties are usually negatively stereotyped and prejudiced minorities to which blame for the in-group members’ unwanted and undeserving situation is directed. They say “this sets the right-wing populist strategies and emotional dynamics apart from the left-wing counterpart, where we hardly see the blaming of prejudiced minorities, but in contrast the charging of those who wield economic and political power.”

“Anger and resentment as emotions that reflect group affiliations and dynamics may contribute to the understanding of support for right-wing populist parties because they – like other emotions – include strong motivational tendencies,” say the authors and add “Of course, violence, racism, and discrimination against individual members of perceived out-groups constitute possible and empirically observable courses of action, but the sharing, negotiation, and reinforcement of intergroup emotions via social media seems to be a more frequent form of collective action. Supporting populist parties, through voting and membership, certainly is one of those forms and might be experienced as providing gratification and relief from negative emotions.”

Hugh-Jones, David, Alexia Katsanidou, and Gerhard Riener. 2011. “Intergroup conflict and the media: an experimental study of Greek students after the 2008 riots.” International Journal of Conflict and Violence 5 (2): 325-344. http://www.ijcv.org/index.php/ijcv/article/view/172.