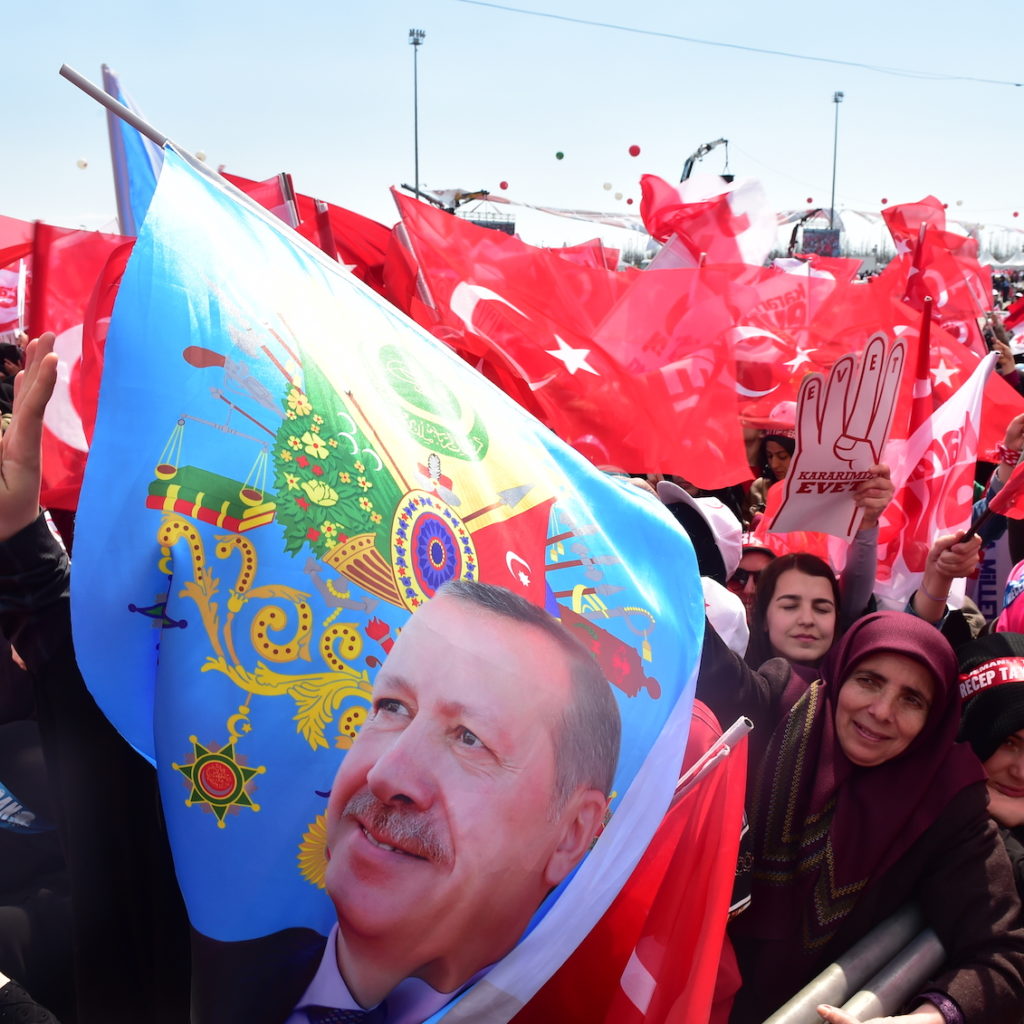 From Trump’s America to Bolsonaro’s Brazil, Salvini and Di Maio’s conquest of Italy to the brutal Duterte regime in the Philippines, the unbridled Fidesz in Orban’s Hungary to the hostile AfD in Germany and Islamofascist Erdogan in Turkey, populists are tearing into the fabric of democracy by taking the support of mobs.

Ochlocracy (from the Greek words ‘Ochlos’ and ‘Kratos’, power of the masses) is a degenerative form of democracy. As the famous ancient Greek historian Polybius wrote, whereas people in democracies are led by the most virtuous citizens, in ochlocracies the masses become prey and instruments of populist leaders and demagogues.

In other words, ochlocracy or ‘mob rule’ is the rule of government by mob or a mass of people, or, the intimidation of legitimate authorities. As a pejorative for majoritarianism, it is akin to the Latin phrase mobile vulgus, meaning “the fickle crowd”, from which the English term “mob” originally was derived in the 1680s. Ochlocracy is synonymous in meaning and usage to the modern, informal term “mobocracy”, which arose in the 18th century as a colloquial neologism. An “ochlocrat” is one who is an advocate or partisan of ochlocracy. It also may be used as an adjective such as “ochlocratic” or “ochlocratical”.

The threat of “mob rule” to a democracy is restrained by ensuring that the rule of law protects minorities or individuals against short-term demagoguery or moral panic. Although considering how laws in a democracy are established or repealed by the majority, the protection of minorities by rule of law is questionable. Some authors, like Bosnian political theoretician Jasmin Hasanović, connect the emergence of ochlocracy in democratic societies with the decadence of democracy in neoliberalism where “the democratic role of the people has been reduced mainly to the electoral process.”

However, Hasanović asserts that in the absence of democracy and the engagement of its actors, ochlocracy mimics itself in a willingness to appear as a democracy. She continues “relying on demagogues and dictators, ochlocracy contains democratic illusion, where the ochlos (scum) is trying to show up like demos (political people). The notorious and homogeneous people’s will between demos and ochlos is now put into question… There is a thin line between the will of people as a democratic postulate, and unreasonable Vulgus, defined through ochlocracy, where his will is despicable.”

According to an article by Sebastiano Angeli, in the last decade, the world witnessed many stable Western democracies degenerate into populist rancor and anti-establishment upheaval. Once shining examples of the rule of law, bastions of the liberal international order, or symbols of hope for global democratization, they since become conflicted and chaotic ochlocracies. From Trump’s America to Bolsonaro’s Brazil, Salvini and Di Maio’s conquest of Italy to the brutal Duterte regime in the Philippines, the unbridled Fidesz in Orban’s Hungary to the hostile AfD in Germany and Islamofascist Erdogan in Turkey, populists are tearing into the fabric of democracy.

“The US’ retreat from The Paris Agreement on climate change, withdrawal from the Iran Nuclear Deal, trade wars with China, Europe, and other allies, rumors about leaving NATO, and the attempts to construct a wall on the border with Mexico, and subsequent government shutdown are all first-rate examples of the consequences of allowing a nation’s fears and worst instincts to materialize into ochlocratic rule,” wrote Angeli and added that “Far-right populist parties across the world, in particular, are acquiring influence and power at alarming speeds — especially in countries dedicated to the principles of an open society. The transition from Renzi’s pro-European, Social Democratic Italy to the ‘yellow-green’ government of the Five-Star Movement and Lega has been radical. The newly-elected populist government wasted no time in upending longstanding democratic institutions and throwing into doubt Italy’s most fundamental international commitments.”

In an article, Jesús Padilla Gálvez also stated that in the 21st century democracy is confronted with a special kind of risk which derives from ochlocracy. To his article, although the phenomenon of ochlocracy is not new, as it was already described in antiquity, its characteristic features are different nowadays. During antiquity, the phenomenon of ochlocracy was incorrectly described and interpreted as “mob rule”. “However, it turns out that the so-called “mob-rule” is not the origin of the problem but rather the result of a process initiated by a group of people forming the source of power, which we will call institutional players,” he wrote.

“In the 1990s populist political parties entered the political scene of European democracies, some of which have managed to establish a mob rule or ochlocracy. Since then, ochlocratic parties have systematically intended to win the votes of politically less educated citizens by offering them a simplified political discourse,” wrote Gálvez and continued to say that “comparing the recent incidents in Italy, Austria and Spain, we can observe the typical patterns that occur in ochlocratic systems. The political programs in these three countries show certain similarities which produce degeneration of democratic systems over time.”