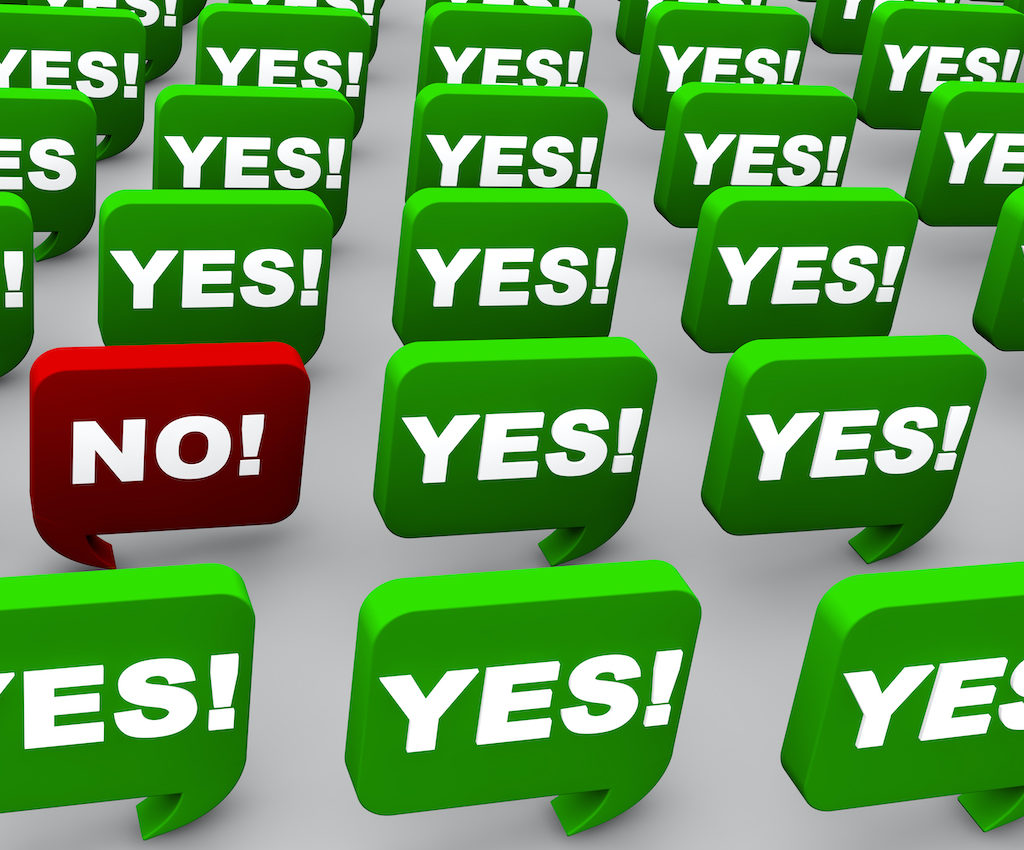 Majoritarianism is a traditional political philosophy that asserts that a majority (sometimes categorized by religion, language, social class, or some other identifying factor) of the population is entitled to a certain degree of primacy in society and has the right to make decisions that affect the society. The idea that a 51 percent or higher share of the popular vote entitles the winner to rule without interference from institutions like the judiciary, a free press and civil society organizations.

Taking on an ethnic dimension can render majoritarianism particularly pernicious, as it provides the justification for ethnic-majority groups to rule over minority groups without the need to ensure equal rights and protections. Therefore, this traditional view has come under growing criticism, and democracies have increasingly included constraints on what the parliamentary majority can do, in order to protect citizens’ fundamental rights.

This should not be confused with the concept of a majoritarian electoral system, which is a simple electoral system that usually gives a majority of seats to the party with a plurality of votes. Under a democratic majoritarian political structure, the majority would not exclude any minority from future participation in the democratic process. Majoritarianism is sometimes pejoratively referred to by its opponents as “ochlocracy” or “tyranny of the majority”. Majoritarianism is often referred to as majority rule, which may refer to a majority class ruling over a minority class, while not referring to the decision process called majority rule. Advocates of majoritarianism argue that any restriction on majority decision making is intrinsically undemocratic.

The worldwide growth of populism around the world has triggered the development of an influential idea that populism is a majoritarian corrective to what is an increasingly non-majoritarian model of democracy, with a number of ‘counter-majoritarian’ devices built into it, such as the powers of courts and tribunals, of regulatory agencies and central banks, or supranational norm-producing institutions not accountable to the majority of a given polity. Under this perspective, populism is a desired and desirable majoritarian-democratic modification of excessively non-democratic liberalism. However, according to an article by Wojciech Sadurski, the relationship between democracy and majority rule is more complex than such a simple proclamation might suggest. He concludes that “Majority rule, as a moral and political principle, is not self-justifying: it requires some good moral, principled justifications, and these justifications must resonate with those for democracy itself… And it is likely that some supports provided for populism rely precisely on such bogus grounds for majority rule.”

On the other hand, according to an article by Thierry Chopin, the democratic political regime is naturally based on the combination of people’s sovereignty and the majority principle under which the political choices made by citizens are the result of decisions taken by the majority. However, institutions upon which a direct or indirect democratic legitimacy is conferred do not have a monopoly over the public good. So, independent institutions must act as a safeguard against the excesses of a government, even if it is democratically elected, in order to protect the minority from the risks of “tyranny of the majority”.

Chopin assesses the current risks and states that “With the ‘rise of majority regimes’, the consequences of globalization and the impact of the migration crisis may lead to ‘majorities’ which feel threatened socially, economically and/or culturally to want to consolidate their power, and in doing so exclude minorities and their rights. The fear of finding themselves in a minority may lead a group to want to secure a majority position restricting the ‘people’ to their group as much as possible… Ultimately, the illiberal democracy approach implies giving limitless power to the ‘majority’, which becomes increasingly difficult to define, embodied by a charismatic leader claiming to have the monopoly of the ‘people’s’ general will which is nevertheless so complex to identify.”

To Chopin, the illiberal democracy is in practice just a smokescreen that conceals the shift towards a “majority authoritarianism”, the characteristics of which are increasingly clear: the desire of authoritarian leaders to avoid their power being questioned, a tight control of politics by reducing the uncertainty of electoral competition, the weakening of opposition forces so as to control the State apparatus more effectively, intervention in the media to control information and communication and the reduction of academic freedom.

According to a report written by Anna Grzymala-Busse, Frank Fukuyama, Didi Kuo and Michael McFaul, to represent “the people,” populists first have to define them—and, by default, also label and exclude others. In practice, this designation paves the way for attacking and discounting vulnerable groups, such as ethnic or religious minorities, immigrants, or lower-income populations. The result often produces a populist conception of democracy as majority rule without minority rights. Further, those who disagree with a populist representation of “the people”, such as civil society groups, are criticized as not comprising the “real” nation. The opposition is thus by definition treasonous, treacherous, and alien.

Thus, “vulnerable ethnic minorities and immigrants both come under increased scrutiny when portrayed as neither truly belonging to the nation nor being worthy of the legal protections and civic rights of democracy. A spate of anti-Semitic, racist, and anti-immigrant verbal and physical attacks has followed in both the United States and Europe,” wrote the authors.

Goldschmidt, T. and Rydgren, J. 2015. “Welfare for Natives Only or No Welfare At All? Immigrant Unemployment, Workplace Encounters, and Majority Attitudes Toward Social Spending in Sweden.” The Department of Sociology Working Paper Series 22/2015. Stockholm University.