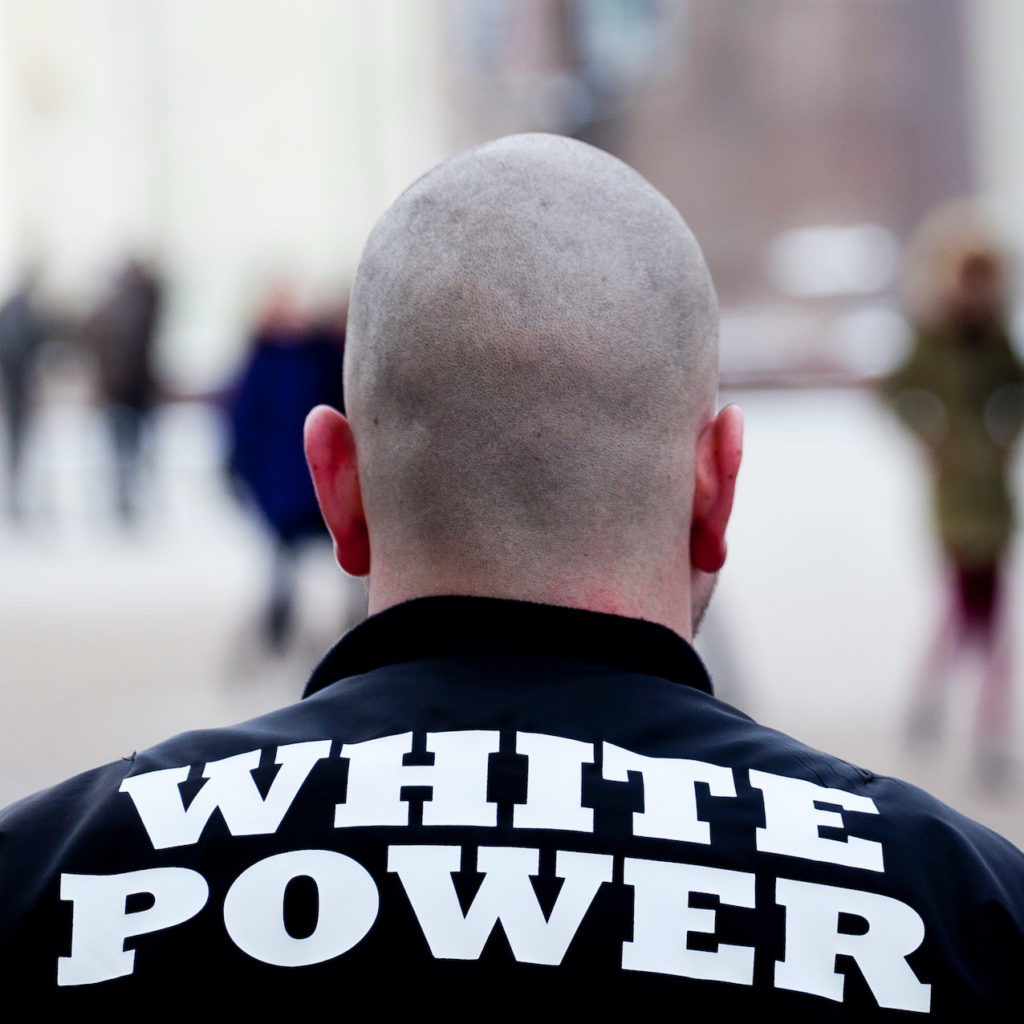 White pride is a white supremacist slogan appropriated from expressions of ethnic pride by various minority groups in the US. White supremacists often use the slogan, or variations thereof, to deny any racism on their part, claiming that they are merely exhibiting “white pride.”

White pride (or white power) expression is primarily used by white separatist, white nationalist, neo-Nazi and white supremacist organizations in order to signal racist or racialist viewpoints. It is also a slogan used by the prominent post-Ku Klux Klan group Stormfront and a term used to make racist/racialist viewpoints more palatable to the general public who may associate historical abuses with the terms white nationalist, neo-Nazi, and white supremacist.

Political and social scientists commonly argue that the idea of ‘white pride’ is an attempt to provide a clean or more palatable public face for white supremacy or white separatism and that it is an appeal to a larger audience in hopes of inciting more widespread racial violence. According to Joseph T. Roy of the Southern Poverty Law Center, white supremacists often circulate material on the internet and elsewhere that ‘portrays the groups not as haters, but as simple white pride civic groups concerned with social ills’.

Philosopher David Ingram argues that “affirming ‘black pride’ is not equivalent to affirming ‘white pride,’ since the former — unlike the latter — is a defensive strategy aimed at rectifying a negative stereotype’. By contrast, then, ‘affirmations of white pride — however thinly cloaked as affirmations of ethnic pride — serve to mask and perpetuate white privilege’.

Political scientists Carol M. Swain and Russell Nieli, in their book on white nationalism, identify the idea of ‘white pride’ as a relatively new phenomenon in the US. They argue that over the course of the 1990s, ‘a new white pride, white protest, and white consciousness movement has developed in America’. They identify three contributing factors: an immigrant influx during the 1980s and 1990s, resentment over affirmative action policies, and the growth of the Internet as a tool for the expression and mobilization of grievances.

According to an article by Steven Gimbel and Randall K. Wilson, while there is no lack of admiration for the German National Socialist government and Adolf Hitler in the contemporary American white pride movement, the histories of the two racist movements are not directly connected. The American white pride movement has taken on myriad forms, from the neo-Nazis and the Ku Klux Klan to white supremacist skinheads, rural militias, Christian identity organizations and neo-Confederate groups.