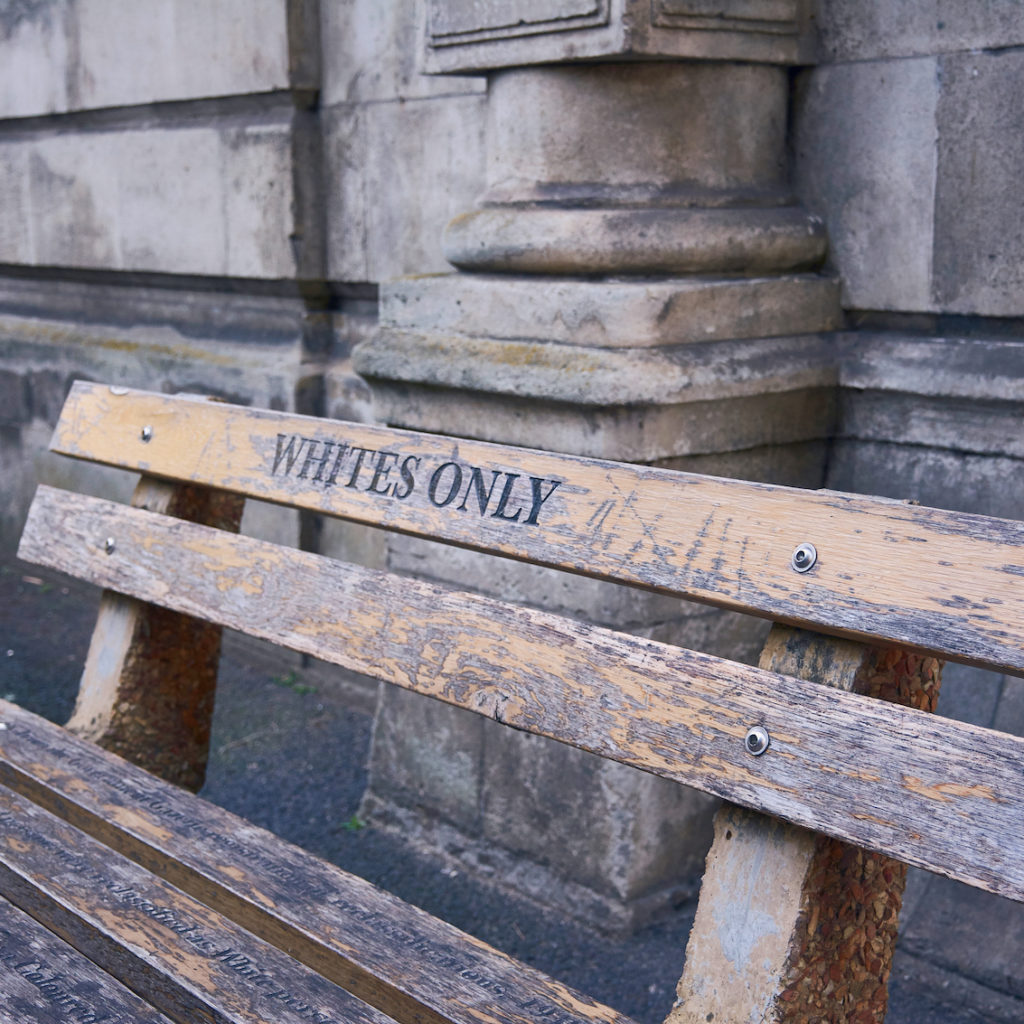 White separatism is a form of white supremacy that emphasizes the idea that white people should exist separately from all inferior, non-white races, whether by establishing an all-white community somewhere or removing non-whites from their midst. Some white supremacists also use the phrase because they believe it may be more benignly perceived by others than the term ‘white supremacist.’

White separatism is also defined as a political and social movement that seeks the separation of white people from people of other races and ethnicities, the establishment of a white ethno-state by removing non-whites from existing communities or by forming new communities elsewhere.

Use of the term to self-identify has been criticized as a dishonest rhetorical ploy. The ADL argues that white supremacists use the phrase because they believe it has fewer negative connotations than the term white supremacist. Betty A. Dobratz and Stephanie L. Shanks-Meile reported in a study that adherents usually reject marriage ‘outside the white race’. They argued the existence of ‘a distinction between the white supremacist’s desire to dominate (as in apartheid, slavery, or segregation) and complete separation by race’. They argued that this is a matter of pragmatism, that while many white supremacists are also white separatists, contemporary white separatists reject the view that returning to a system of segregation is possible or desirable in the US.

According to the study of Dobratz and Shanks-Meile, influenced by the civil rights movement advocates of white power (WP) searched for ‘a new white identity’ in the multi-cultural US. Much of the movement modified its ideology and strategy to adjust to current realities. This is what sociologists sometimes refer to as movement organizations reframing their position. It appears that the old-style white supremacy advocated in the 1960s was not successful, so movement supporters have come to advocate separatism to ‘save the white race’ and develop their distinct cultural identity.

The authors stated that the degree of separation espoused by movement members is not always the same, but mainly it involved a strictly white homeland and white government. This could be the entire US or a segment of it. The changes in mainstream values and behavior that tended to be associated with the civil rights period are mainly repugnant to white separatists who have come to feel the best hope for the continuance of the white race is to withdraw from a society that is so morally reprehensible to them.

Meanwhile, Carol M. Swain points out in her book that white nationalists recognize that America is already a multiracial, multiethnic society, but given their pessimism about the long-term health and viability of such societies, they believe that drastic measures must be taken to change things. “Their solution is usually some form of ethnic separatism based on territorial partition. Racial separation is the obvious next step for people who believe that racial and ethnic minorities are a danger to the personal safety and social values of white Americans,” she notes.

Swain argues that key social changes and values have led this movement to pursue separatism, and adds that “Rejecting the kind of violence and intimidation once advocated by the older racist right, the new white nationalism seeks to expand its influence mainly through argument and rational discourse aimed at its target audience of white Americans who have become embittered or aggrieved over what they perceive to be a host of racial double standards…”

According to Swain, unlike the Klan and Nazi movements, white nationalism is aggressively seeking a mainstream audience, and in going mainstream it has found it necessary to abandon most of the tactics, postures, and regalia of the older racist right, which no longer resonate in contemporary America. The leadership of the new white nationalist movement is also different from that of the older racist right… Most are better educated, more articulate, and in many ways more appealing as human beings than the sorts of people who ran the older racist organizations.