For decades after the declaration of the Republic of Turkey in 1923, the Turkish state promoted the idea of a desired citizen. The Kemalist state treated these citizens as superior, with full rights; but the ‘others’, those outside this desired citizenship, were either tolerated or considered undesirable citizens. And this caused the marginalization of ethnic and religious minorities, religious Muslims and leftists alike.

In his book, Ihsan Yilmaz shows how historical traumas, victimhood, insecurities, anxieties, fears and siege mentality have negatively impacted on and radicalised the nation-building projects of the two competing hegemonic ideologies/regimes (those of Ataturk and Erdogan) and their treatment of majority and minority ethnic, religious and political groups. Yilmaz reveals the significant degree of overlap between the desired, undesired citizen and tolerated citizen categories of these two regimes, showing how both regimes aimed to create a perception of a homogenous Turkish nation.

Simon P. Watmough is a postdoctoral researcher at the University of Leipzig in Germany and a non-resident research fellow in the research program on authoritarianism at ECPS. He was awarded his Ph.D. from the European University Institute in April 2017 with a dissertation titled “Democracy in the Shadow of the Deep State: Guardian Hybrid Regimes in Turkey and Thailand.” Dr. Watmough’s research interests sit at the intersection of global and comparative politics and include varieties of post-authoritarian states, the political sociology of the state, the role of the military in regime change, and the foreign policy of post-authoritarian states in the Middle East and Southeast Asia.

His work has been published in Politics, Religion & Ideology, Urban Studies and Turkish Review. Since 2005, Dr. Watmough has taught international relations, diplomacy, foreign policy, and security studies, as well as Middle Eastern history at universities in Australia and Europe. In 2010–11 he was a research fellow at the Centre for Analysis of Social Exclusion (CASE) at the London School of Economics. He has held Visiting Scholar positions at Boğaziçi University in Istanbul (2012), the University of Queensland (2013), Chulalongkorn University in Bangkok, Thailand (2014) and the University of Graz (2017). In addition to his academic publications, he is also a regular contributor to The Conversation and other media outlets. 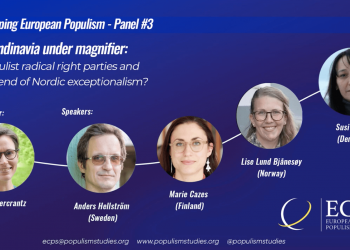