At this ECPS Youth Seminar, Professor Alessandro Nai, will present results from his recent research on how voters perceive the (dark) personality of political candidates. Who likes dark politicians? His research article investigates whether voters showcasing populist attitudes are more likely to appreciate candidates that score high on dark personality traits (narcissism, psychopathy, and Machiavellianism) and low on agreeableness.

Professor Nai’s investigation leverages evidence from an international survey that includes expert-ratings for personality profile of 49 top candidates having competed in 22 national elections, matched with standardized survey data gathered in the aftermath of those same elections that include self-ratings of populist attitudes and candidate likeability (CSES data, N = 70,690). Even controlling for important covariates that drive candidate likeability (e.g., the ideological distance between the voter and the candidate), the results strongly confirm the expectations: populist voters are significantly more likely to appreciate candidates high on the Dark triad and low on agreeableness. The effects, especially for (low) agreeableness, are quite substantial.

His recent work deals more specifically with the dark sides of politics, the use of negativity and incivility in election campaigns in a comparative perspective, and the (dark) personality traits of political figures. He is currently directing a research project that maps the use of negative campaigning in elections across the world. His recent work has been published in journals such as Political Psychology, European Journal of Political Research, West European Politics, International Journal of Press/Politics, American Politics Research, International Journal of Public Opinion Research, Personality and Individual Differences, Electoral Studies, Journal of Political Marketing, and more. He recently co-edited the volumes New Perspectives on Negative Campaigning: Why Attack Politics Matters (ECPR Press, 2015, with Annemarie S. Walter) and Election Watchdogs (Oxford University Press, 2017, with Pippa Norris). He is currently Associate Editor of the Journal of Social and Political Psychology.

Celia Miray Yesil is a ECPS Youth Group member, co-director of Voice of Youth (VoY) and master’s student of International Political Economy at the Warwick University. She gained her undergraduate degree in European Politics at King’s College London, studying the historical background of European nations and its relationships with the rest of the world.  In her undergraduate dissertation, Miray looked at the populist ‘language’ of the far-right leaders Marine Le Pen and Recep Tayyip Erdogan. She carried out a comparative discourse analysis of the political speeches of the leaders, focusing on how they have combined nationalist ideology into their populist discourse, emphasising on three main features: historical nostalgia of the nation, the loss of identity and a hostility and hatred towards EU institutions. As for her master’s dissertation, Miray is considering focussing more on the impact of far-right populism in foreign policy, particularly looking at the political language and communication of populist leaders in the international political economy. 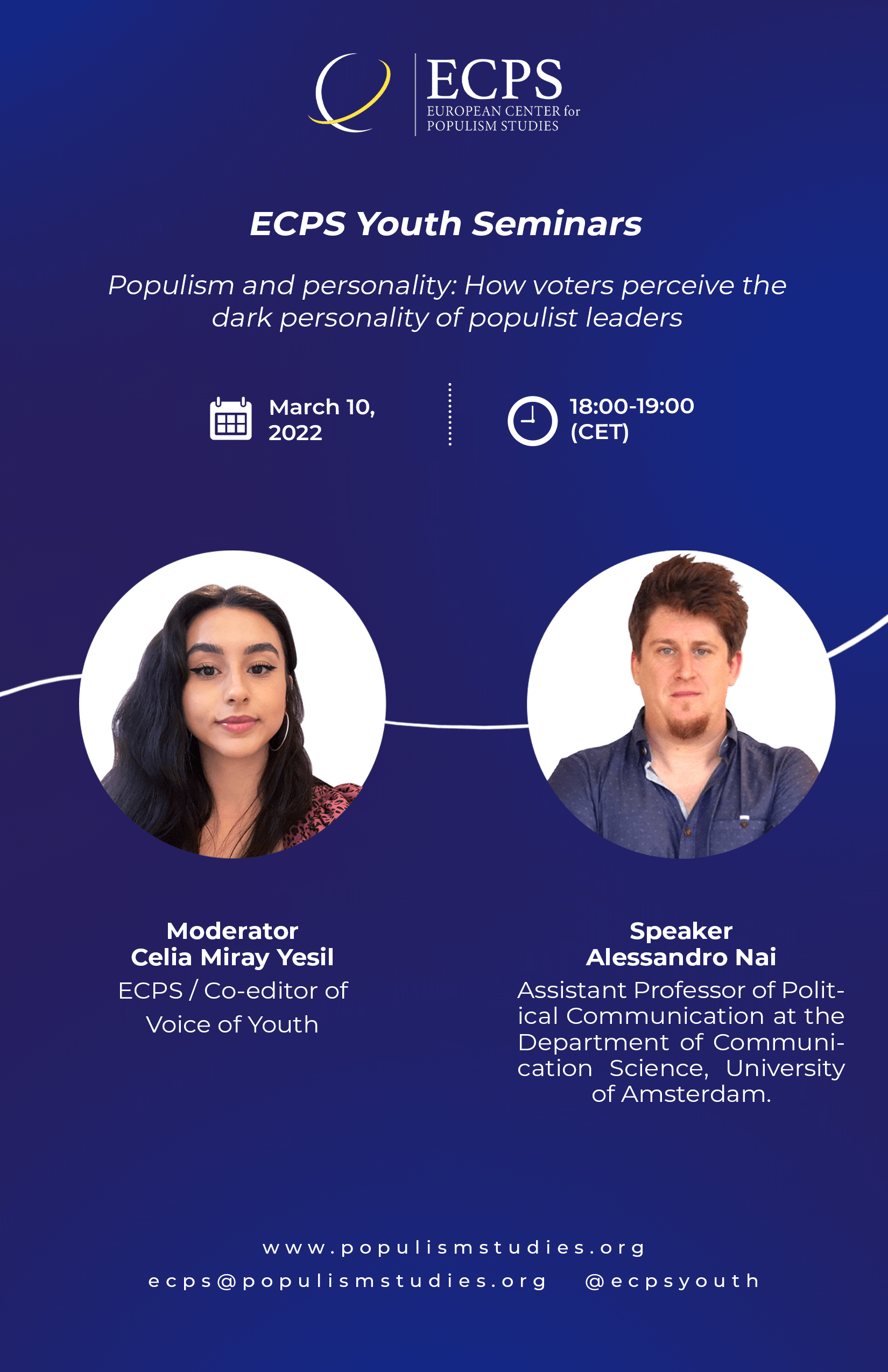