The Great Recoil: Politics after Populism and the Pandemic  

Paolo Gerbaudo’s Great Recoil presents a timely, wide-ranging and perspicacious, yet focused and detail-attentive summary of the present political conjuncture leading up to the Covid-19 pandemic, an incisive prognosis of the political terrain of the years that will follow it and offers a bold new approach to combating the illiberal populist discourse plaguing the West today — while laying the groundwork for the progressive transformations that need to replace it.

The Covid-19 pandemic has not been an easy time to be a populist. Those in power, whether it is Donald Trump in the United States, Jair Bolsonaro in Brazil, or Boris Johnson in the UK, quickly demonstrated the dangerous insufficiencies of populist governance — from corrupt PPE deals to unsubstantiated accusations against China and the peddling of dangerous conspiracy theories. Those still vying for influence in their respective democracies, meanwhile, were forced to change tactics as lockdown measures proved, overall, popular in most Western countries and new alliances with the ‘anti-vax’ crowd made for some strange bedfellows.

Today, two years from its onset, the pandemic has ushered in some significant and lasting changes in populist discourse throughout the world; populist popularity has largely stabilized — Johnson and Bolsonaro, though weakened, remain in power, Trump lost his election but still received well over 74 million votes (the second highest tally ever, behind Biden’s 81 million) — but their reputation has, on the whole, been lastingly damaged by record case and death numbers, fiscal mismanagement and alarmist discourse regarding vaccines that has struggled to mobilize more than the most conspiratorial among their followers. For all its damage, Covid seems to have provided democracies with an overdue booster shot of healthy skepticism towards populist politics.

The flipside of this coin, however, is that global politics (not least since the recent invasion of Ukraine by Russian forces) have remained in a state of prolonged crisis — and crises breed populists. The political landscape, especially in the liberal West where two years of strict distancing measures and curfews were met with the greatest resistance, has been irrevocably altered by Covid-19; unaccustomed to such degrees of political uncertainty, the ground remains rife for the populist seed to sprout. As Dr. Aline Burni noted on a recent panel for ECPS: “The impact of the pandemic [on populism] has not been homogeneous,” adding that prolonged crisis can “create new conditions and open up new discursive opportunities for populists.”

In The Great Recoil: Politics after Populism and the Pandemic (Verso, 2021), Paolo Gerbaudo of King’s College London has put forth a perspicacious and timely new take on what this post-Covid political landscape in the West might look like. His “diagnostic of the present” (Gerbaudo, Loc 105)[1] examines the most critical ideological shifts that characterized the ‘populist moment’ of the last decade, and how these currents will shift as we feel the aftershocks of the pandemic. In so doing, he not only introduces an intriguing new vocabulary to elucidate those macroscopic transformations that precipitated the rise of the populist wave of the 2010s but speculates on how the pandemic might — or might not — alter their course in the coming years.

Gerbaudo’s core contention is that the era of unchallenged hegemony of the neoliberal consensus is over: already weakened and slowed down by successive crises, diminishing growth and growing disillusionment among working class voters throughout the West, the pandemic has brought the centrifugal, expansive tendencies of globalized capitalism to a grinding halt, triggering in its place a centripetal impulse, a reorientation inwards and the return of what he calls a “protective neo-Statism” (Gerbaudo, Loc 101) — Covid as a watershed moment, the birth of a new hegemonic era of endopolitics (Gerbaudo, Loc 179).

The Covid-19 pandemic and the attendant, heretofore unseen emergency measures mobilized in response to it — from closed borders to huge financial interventions as businesses faltered and millions were furloughed, to massive expansions of nation-state powers to control, track and surveil its citizens — constituted the perfect storm for the already embattled exopolitics of Western neoliberalism. Gerbaudo however explicitly affirms that, while Covid provided the “tipping point,” (Gerbaudo, Loc 764) the resonance of such inward-looking, nationalistic, and security-centered discourses has been steadily growing over at least the past decade — one need looks no further than the immensely successful slogan to ‘Take Back Control’ championed by the Brexit campaign years before the pandemic. While the growing salience of ‘illiberal’ and anti-globalization discourse is nothing new, Gerbaudo approaches it from a phenomenological angle, as he defines this era of the ‘Great Recoil’ as one characterized, above all, by a state of “global agoraphobia” (Gerbaudo, Loc 1129). This agoraphobia — the fear of open spaces — was already the driving force behind the endopolitical impulse which found its expression in the global popularity of authoritarian and nativist populist discourse.

As this agoraphobia is experienced, it manifests itself in the three triadic ‘master signifiers’ that, in Gerbaudo’s view, already anchor and delimit the endopolitics of the Great Recoil: sovereignty, protection and control (Gerbaudo, Chapters 3, 4 and 5). He dives deep into the origin, genealogy and contemporary inflection of each of the three terms over the course of three chapters, and outlines their relation to the current sociopolitical conjuncture, arguing that, so far, only the populist right has effectively moulded its discourse to match this neo-Statist impulse.

Whether it is Brexit, Le Pen, Salvini, or Trump: Gerbaudo locates the origin of their recent popularity in their ability to recognize the growing salience of endopolitical (or anti-exopolitical) discourse and articulate it in reference to an excluded “Other” — be it immigrants, the European Union or the ‘cabal.’ In line with the recent ‘affective turn’ in the literature on populism, Gerbaudo thus views populist popularity as in large part determined by their ability to inflect their discourse in relation to the master signifiers that emerge out of collective emotional experiences; in the era of global agoraphobia, the discourse promising to ‘take back control,’ re-establish borders and protect its citizens proved a powerful discursive tool, particularly among working-class voters and those who felt left behind by the liberal exopolitics of the last 50 years.

Importantly, however, it must be borne in mind that these master signifiers are not a priori reserved for right-wing, exclusionary discourse: populist left actors, like Syriza or Podemos in Europe — and albeit nowhere near as successfully as its counterpart — have also managed to penetrate a largely similar bloc of alienated voters employing a globalization-critical and anti-capitalist discourse surrounding economic and social security and democratic control — in Gerbaudo’s terms, a “socialism that protects” (Gerbaudo, Loc 267). Although the content of their endopolitics differs strongly, both have tapped into the same rising disillusionment with the globalized exopolitics of the neoliberal center while articulating their resistance in different ways. In this view, the populist moment was just the democratic expression of this growing agoraphobia related to the demand for sovereignty, protection, and control, with different populisms simply representing differing ways of inflecting this “neo-statist trinity” of signifiers within the same social context (Gerbaudo, Loc 4203).

For Gerbaudo, this presents an opportunity. Looking to the future, the second half of his book applies its discourse analysis to develop strategic insights for a progressive politics in the neo-statist era of the Great Recoil. The centripetal impulse, cemented by the ‘return to the nation-state’ we have witnessed throughout the pandemic, is here to stay; rather than rejecting national politics out of hand — as the orthodoxy of internationalist progressivism has largely maintained — Gerbaudo’s final chapter aims to re-situate the question of the nation within the progressive discourse of tomorrow. He argues for a “progressive reclaiming” of nationalist terminology as a way to hegemonically combat its capture by the right-wing ethno-nationalist imaginary (Gerbaudo, Loc 3795). Although his notion of a “democratic patriotism” as a way to “overcome the false opposition” between modern cosmopolitanism and a retrograde nationalism remains opaque, Gerbaudo makes a strong and convincing case for a deepening and reinvigoration of democratic processes and the re-articulation of the nation as a “protective structure” as the means of embedding the master signifiers of protection, sovereignty and control at the heart of a progressive discourse suited for the challenges of the post-Covid era (Gerbaudo, Loc 4000).

Overall, Gerbaudo’s Great Recoil presents a timely, wide-ranging and perspicacious, yet focused and detail-attentive summary of the present political conjuncture leading up to the Covid-19 pandemic, an incisive prognosis of the political terrain of the years that will follow it and offers a bold new approach to combating the illiberal populist discourse plaguing the West today — while laying the groundwork for the progressive transformations that need to replace it.

(*) Maximilian Wolf, MPhil, is an intern at the European Center for Populism Studies. Maximilian was born and raised in Vienna, Austria. After receiving his BA in Politics at the University of Exeter (UK), he completed his MPhil in Political Sociology at St. Edmund’s College, University of Cambridge (UK). His work has focussed on discourse analyses of both right- and left-wing populist phenomena, and an abridged version of his Master’s thesis, entitled Locating the Laclausian Left: Progressive Strategy and the Politics of Anxiety, has been accepted for publication in issue 3/2022 of the Interdisciplinary Journal of Populism (forthcoming). Besides ECPS, Maximilian now works for a governance think-tank in Vienna. Beyond populism, he is passionate about health and fitness, rugby, chess and science fiction.

[1] Gerbaudo’s book is, at the time of writing, only available in eBook format; the present review will therefore have to rely on Kindle ‘locations’ in place of page numbers. 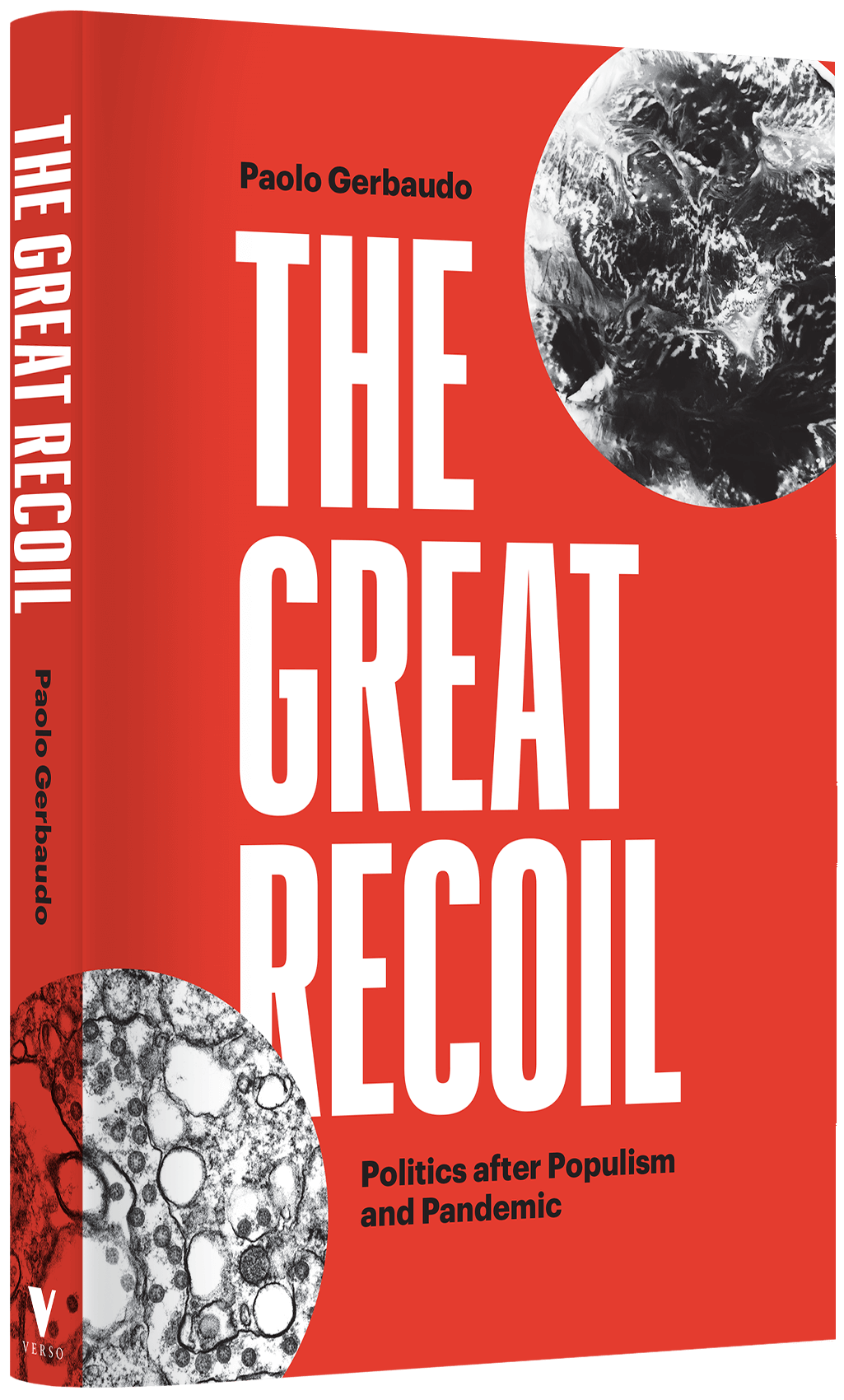 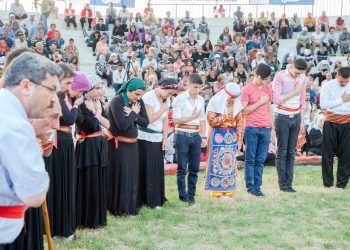