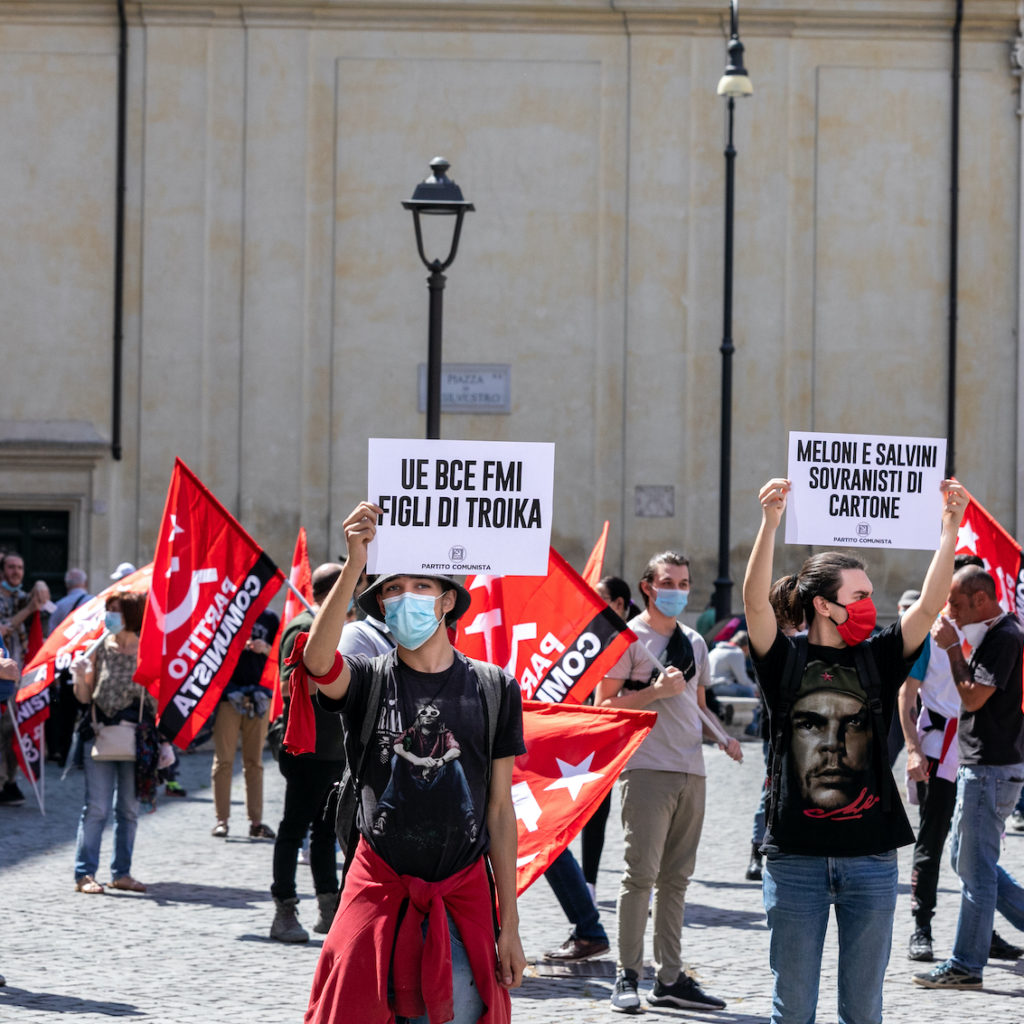 Communist populism, in the case of Hungary’s communist era, according to a book by Hungarian scholar Attila Antal, tried to fight against right-wing elitism like a typical populist political movement and excluded not only the far-right but also the moderate right from the political community. The Communist concept of the nation was based on populism, i.e. the immediate and direct political leadership of the working class and on the satisfaction of the material needs and the emancipation of the political community. Antal asserts that this populist strategy caused the tragedy of the first part of the Communist regime which was the totalitarian dictatorship of Mátyás Rákosi. The revolution and freedom fight of 1956 can be seen as a counter-populist movement or backlash against Rákosi’s regime.

According to the elaborated notions of populism, the Miklós Horthy regime used a populist political communication and strategy to create permanent political enemies (social democrats, trade unions, people and actors who were considered responsible for the dismemberment of Hungary in the Treaty of Trianon after World War One, and the Jews). Nevertheless, this kind of populism cannot be seen as a distinct political logic, ideology or a special form of democracy. It should be emphasized that Horthy’s populism had core biopolitical attributes: for instance, the massive restriction of the election system, the permanent racist and chauvinist character of the governing party alliances, the artificially preserved revisionism, or the Trianon-syndrome.

Moreover, to Antal, Hungarian Communist system showed classical populist features in the sense of a dichotomy between the ‘moral people’ (mainly the working class) and the “corrupt elite” (bourgeois), which was central to Communist ideology. Compared to populist socialist groups, populism under Communism tended towards doctrinal purity or class-consciousness. It is a universal feature of left-wing populism that “[t]hey may adopt organizational features common to other populist parties across the political spectrum, such as the emphasis on a charismatic leader who has unmediated communication with his people and distaste for formal organization”. The official name of the state, the Hungarian People’s Republic, implied that the “ordinary people” had defeated the elite and had managed to create a brand-new political structure.

After 1956, a new Communist system was created, and the new dictator learned the lesson: if the Communist leaders would like to maintain the system, a clever populist strategy needs to be implemented. Antal argues that the new face of the Communist regime was based on populism, and this phenomenon can be seen not only as a communication strategy, but also as a permanent political concept.

According to Antal, the populist nature and techniques of Communist regimes can be seen as a form of (radicalized) biopolitics, because the main goal of the Communist populist propaganda was the rule of the biological life and the creation of the modern form of homines sacri. This concept does not mean that the inner solidarity between these regimes devaluate civil freedoms or social rights. To Antal, populisms, especially elaborated and worked out in authoritarian regimes, have a biopolitical character because of the creation of marginalized political communities, political enemies, which can be seen as modern forms of homines sacri.

The authoritarian aspects of this period under Horthy regime were emphasized by the Communists: Horthy’s white terror between 1919 and 1921, and the strengthened far-right and fascist movements and parties in the second half of the regime. Namely, Communist populism unfolded against the nationalist regime. The Communist regime was not anti-nationalist: despite its internationalist roots, this regime learned how to use populism to create a political community.

According to Antal, we can better understand the totalitarian regimes of the 20th century if we analyze them in a populist framework. Given the fact that these regimes were to govern the whole life of the citizens and the man as a whole, he introduced a new analytical framework called bio-populism, which is biopolitics supported, framed, and legitimized by populism.  The history of the 20th century is about the history of populisms interacting with each other; on the other hand, the 21st century is about the rebirth of populism (or neo-populism). Antal is convinced that after 2010, an elitist populist system very similar to the Horthy era was introduced in Hungary. In this sense, the populist Viktor Orbán regime has its historical roots and theoretical pillars in this interwar period.