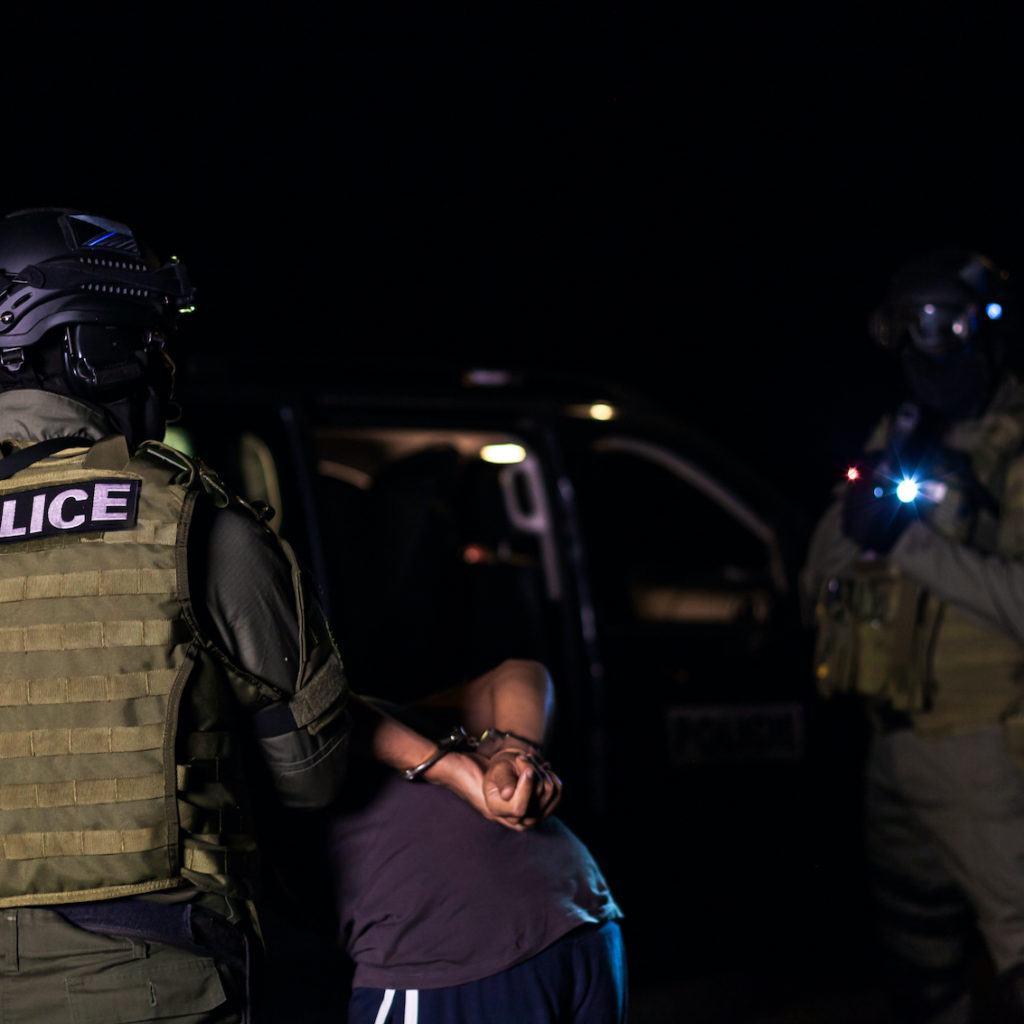 “Crimmigration” refers to the increasing resort to criminalization or to quasi-criminalization as a way of disciplining, excluding and indeed expelling migrants or those seen as presumptively unentitled. The blurring of the boundaries between administrative and criminal law, notably in the case of immigration detention, and of the boundaries between civil and criminal law, as in the use of a range of civil, typically preventive orders whose breach nonetheless implies criminal or quasi-criminal liability, is of particular concern in terms of the threat to migrants’ and asylum seekers’ human rights but also of erosion of the rule of law quite generally.

According to an article by César Cuauhtémoc García Hernández, historically, criminal law and immigration law have operated as separate spheres. “On the one hand, people who are not US citizens were subjected to federal laws determining who is admitted into the country and who is excluded. If the government learns that a migrant who is in the US has violated some provision of immigration law, federal immigration officials initiate the process of forcible removal from the US.”

“On the other hand,” he continues “anyone accused of having committed a crime is apprehended by police officers, put through the criminal justice system, and, if convicted, punished. This is true of US citizens as it is of people who are not US citizens. For most of the nation’s history, people were punished according to the laws enacted by legislatures, but they were punished identically regardless of citizenship status.”

Beginning in the mid-1980s, the stark separation between criminal law and immigration law shifted quickly and dramatically, according to Hernández. However, he argued that “Two centuries into the nation’s life, the gap between these areas of law began to blur. Today, it is often hard to explain where the criminal justice system ends and the immigration process begins. The single most common type of crime prosecuted in federal courts is about immigration. Meanwhile, people facing the possibility of removal from the US are frequently locked behind steel doors and surrounded by barbed wire.”

According to law scholars, US immigration law today is clothed with so many attributes of criminal law that the line between them has grown indistinct. Scholars have labeled this the “criminalization of immigration law.” The merger of the two areas in both substance and procedure has created parallel systems in which immigration law and the criminal justice system are merely nominally separate.

Moreover, according to an article by Juliet Stumpf, the criminalization of immigration law (crimmigration law) has generated intense interest from legislators, immigrants, the media, and the public. “In 2006, the specter of legislation that would have criminalized all immigrants present in the country without authorization ignited nationwide marches and protests. The intersection of criminal and immigration law has captured the attention of immigration and criminal law scholars alike. Scholarship to date has detailed the existence of this merger, described the parallels between deportation and criminal punishment, and outlined the constitutional consequences of criminalizing immigration law,” she noted.

According to a book collectively written by Sharryn Aiken, David Lyon and Malcolm Thorburn, coupled with the moralizing, penal, populist tone of much criminal law rhetoric over the past thirty years, this suggests that the violation of fairly technical immigration regulations is now treated as a serious form of moral turpitude to be dealt with by some of the most severe measures in the state’s arsenal.

From building walls and fences, overcrowding detention facilities, and beefing up border policing and border controls, according to another book which was edited by Robert Koulish and Maartje van der Woude, crimmigration narrative has arrived that has migrants assume the risk for government-sponsored degradation, misery, and death. So, scholars examine the parallel rise of anti-immigrant sentiment and right-wing populism in both the US and Europe to offer an unprecedented look at this issue on an international level.