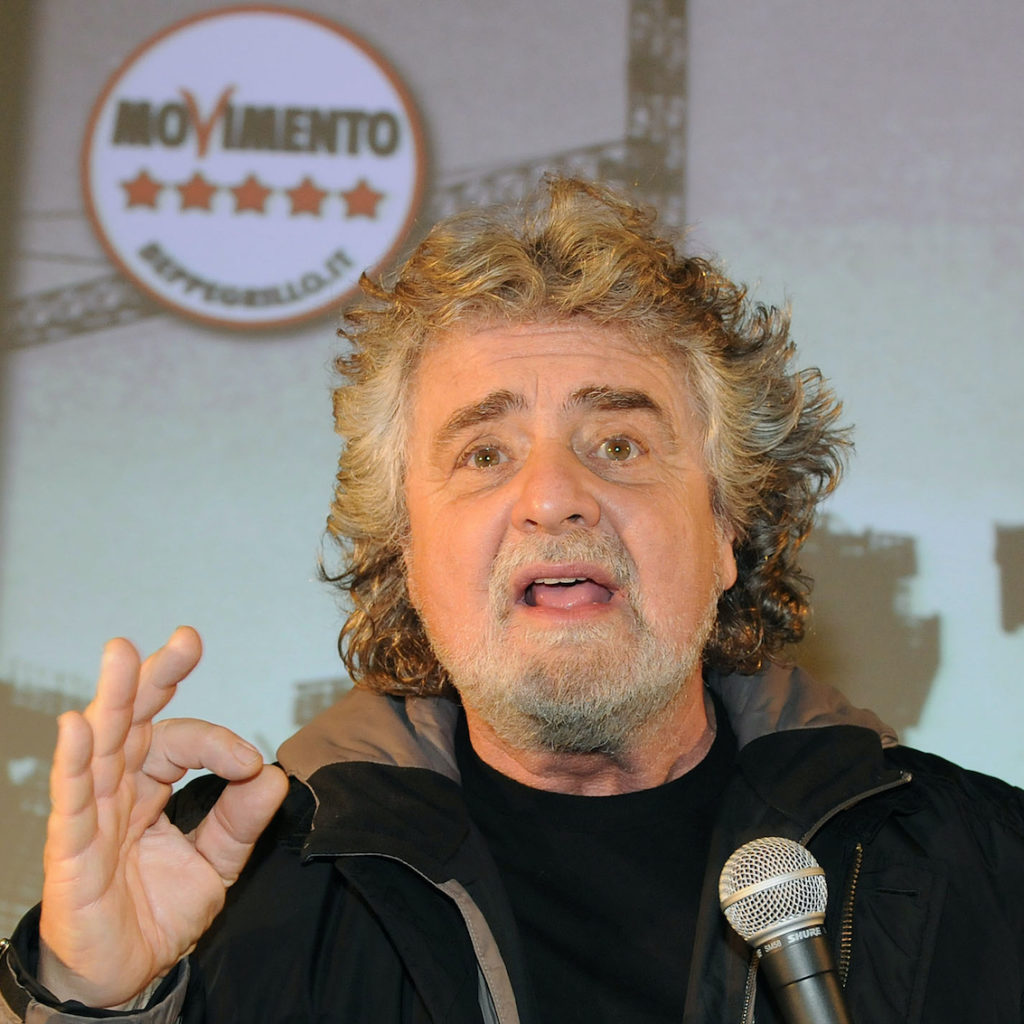 Italian populist leader Beppe Grillo gave a speech at a rally in Milan on March 1,2018 as part of his election campaign.

A narrative is a story that one writes or tells someone, usually in great detail. Often a narrative is meant to include the ‘whole story.’ A summary will give a few key details and then the narrative will delve into the details.

According to an article by Anke Rasper, populist politicians around the world share the ability to use a strong narrative to appeal to voters — regardless of the facts. Professor of storytelling and scriptwriter Jorn Precht explains how they do it and the dangers of oversimplifying reality. He states that “In movie storytelling, we often hear of the KISS principle — it stands for ‘Keep it simple, stupid.’ You are encouraged to create a story that everybody understands. And by virtue of creating simple, easy, understandable stories, the populist movements seem to have been very effective in recent times.”

According to Precht, there are certain ingredients to a story: “One is a catastrophe or disaster of some kind. We, the heroes of our stories, are in some kind of mortal danger. And then there’s a sort of resurrection and we fight back from the crisis.” Precht adds “If we look at typical populist stories, then we see that the evocation of a crisis or decline is always there. It’s one of the basic elements of populist argumentation structures. Others are, for example, the notion of common people versus the elite and that the people have a kind of common sense underlying their judgments. And then populists also have conspiracy theories regarding the evil intrigues of the elites. And the discourse becomes very moralized.”

Paul Saurette writes in an article that populism is a relatively consistent way, or style, of using certain rhetorical techniques to communicate with, and usually attempt to persuade, an audience. “Of course, any given ‘rhetorical style’ is made up of many different individual subcomponents, called rhetorical techniques or tropes”, says Saurette and adds that “The rhetorical style of populism is no different. However, most rhetorical styles have a few components that are particularly central or defining. The beating heart of the populist rhetorical style is the practice of talking about politics by telling the same story (more or less) over and over again, in a wide variety of contexts, about a wide variety of different issues.”

According to Saurette, while the details of any specific populist story can vary widely — in fact, this empirical flexibility is one of its key strengths — every populist story embodies three main elements, sometimes explicitly, sometimes implicitly: i) The lead protagonist of the story is always some variant of “the common people,” invariably represented as morally upstanding and politically righteous. ii) The story always includes at least one and often many key antagonists. This cast of characters, inevitably portrayed as an “elite” in some way, are depicted not as only different than and separate from the common people, but also as suspect in various ways (morally, politically, etc.). iii) The main plot is almost inevitably structured as an emotionally charged clash between good and evil. The elite are not merely self-interested, thoughtless or out of touch with the people. They become a true villain, scheming against and oppressing the common people. The common people are thus cast both as the victim of nefarious elite conspiracies and as the hero who must rise up to overcome and vanquish the elites in order to restore the proper moral/political order and ensure that what is good and right is respected once again.

“In academic terms, we might say that populism can usefully be understood as an archetypal political narrative — one that is immediately recognizable and emotionally powerful to many audiences in our current political context,” says Saurette and continues “From this perspective, populist discourse is not simply a specific set of arguments or principles or ideological beliefs or values that frame our ‘thinking’ or seek to intellectually convince us. Rather, populist discourse is an emotional story that tries to move us emotionally. Once we understand this, it is no longer surprising that it is something that can be used by a wide range of political perspectives which may differ ideologically or directly oppose one another. Nor is it surprising that populist rhetoric has become such an effective way of moving people, especially given the deep, shared anxieties — ranging from economic insecurities to a growing awareness of the existential threat posed by climate change — that characterize many political contexts today.”

According to a compilation by Ted Fickes, populist narratives consist of: i) The use of fear, particularly in an ‘us’ versus ‘them’ narrative. ii) Aligning around a powerful, shared vision of the future that guides inclusive populism. iii) Practicing narrative work and building power when authoritarianism floods communications channels with continually shifting stories. iv) The skills, tools and investment needed to develop and sustain narrative change work over time.

Katja Freistein and Frank Gadinger write in an article that populist storytelling ostensibly relies on its appeal to fantasy (which at least gradually distinguishes it from political narratives of more established parties) and even scandal. According to the authors, a key populist narrative is the imagination of a ‘true body’ of the people that is under threat by external (evil) forces such as the EU, the capitalist system, or migrants, and that needs to be protected by the ‘true people’, who are ignored by their corrupt political elites.

“During the so-called refugee crisis in 2015, in many European countries, metaphors of neverending streams of migrants became dominant, which evoked feelings of powerlessness, excessive demand, and loss of control. The voice of the migrants, who seek protection, disappeared in political discourses. Thus, the ‘crisis’ was perceived as a technical problem or even a natural catastrophe, which needed to be solved or contained. Many right-wing populists used this discursive shift to legitimise a stronger isolationist policy against immigration,” according to the article.

Freistein and Gadinger says that the narrative plays with the typically constructed populist antagonism between an external, corrupt system of political actors who have lost all touch with society and act in a bubble of profit and nepotism, and the ‘true people’ or ‘honest men’. “The underlying insinuation is that the elites in government are simply not interested in the needs and concerns of ordinary people. These people, however, represent the lost, but true patriotic spirit of the ‘body of the people’, who deserve more respect from politicians.”

They write that the plot of betrayal in combination with victim myths and heroic stories is particularly relevant to populist narratives, as it not only mobilizes collective emotions of anger, indignation, and pain, but even creates possibilities for agency. “The underlying demand that you as true representatives of the people need to reclaim your country (which otherwise will be lost) enables different, more positive collective emotions such as confidence and pride. While moderate British politicians try to tell the story of cooperation, mutual trust, and British benefits of being part of the EU, Brexiteers put emphasis on the dystopic fantasy of a battle against the EU as the incorporation of the German will to subject the British continent. Populists therefore promise a political solution to the dystopian situation of hopelessness, humiliation, and vassalage,” state Freistein and Gadinger.

Todd, John (2016). How (not) to counter populist anti-immigration narratives: the story of the EU referendum campaign. British Politics Review, 11(4): 10-11.