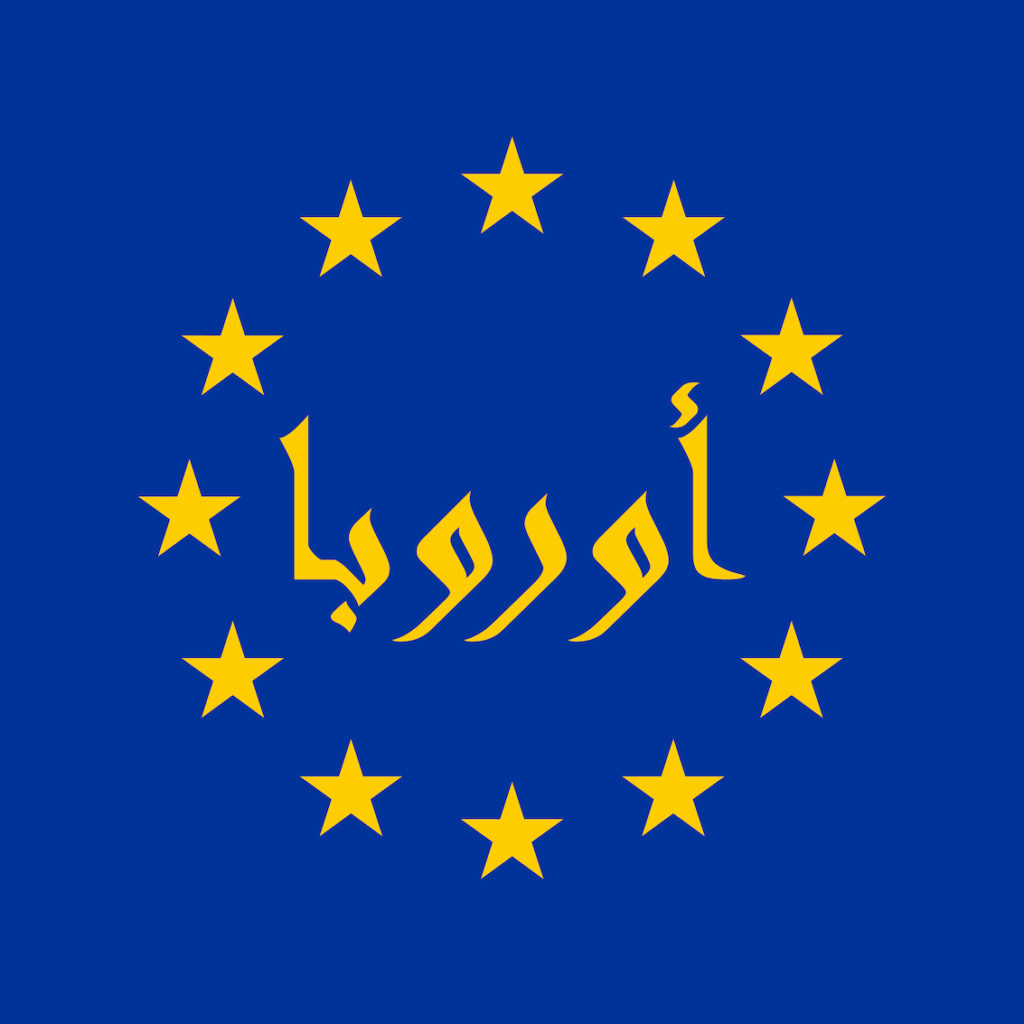 Eurabia is an Islamophobic conspiracy theory and a doomsday scenario in which Europe will be Islamized in the near future. The doomsday scenario involves Muslims (whom the kind of people who promote this theory conflate with Arabs) forming the majority of Europe’s population by the end of the 21st century, due to immigration and to higher birth-rates. They will then seize control and Islamize the continent.

The conspiracy theory, which has been widely used by right-wing populists, suggests that this is being deliberately planned by European elites, and especially by the EE. The Eurabia theory combines Islamophobia and Euroscepticism. The Eurabia theory has been adopted by European populist politicians such as Geert Wilders, and was also the main ideological inspiration for far-right terrorist Anders Behring Breivik, who killed 77 people in Norway in 2011. His manifesto 2083 contains repeated references to Eurabia, and his attacks aimed to contribute to its defeat.

The concept was coined by British author Bat Ye’or (pen name of Gisèle Littman) in the early 2000s and is described in her 2005 book titled Eurabia: The Euro‐Arab Axis. Benjamin Lee describes her work as arguing that Europe “has surrendered to Islam and is in a state of submission (described as dhimmitude) in which Europe is forced to deny its own culture, stand silently by in the face of Muslim atrocities, accept Muslim immigration, and pay tribute through various types of economic assistance.” According to the theory, the blame rests with a range of groups including communists, fascists, the media, universities, mosques and Islamic cultural centers, European bureaucrats, and the Euro-Arab Dialogue.

The term has gained some public interest and has been used and discussed across a wide range of the political spectrum, including right-wing activists, counter-jihadis and different sorts of anti-Islamic, and conservative activists. Bat Ye’or’s “mother conspiracy theory” has been used for further sub-theories. The narrative grew important in expressing anti-Islamic sentiments and was used by movements like “Stop Islamisation of Europe”. It gained renewed interest after the 9/11 terrorist attacks and the use of the term by 2011 Norway attacker, Breivik. Ye’or’s thesis has come under criticism by scholars, which intensified after Breivik’s crime. The conspiracy has been described as having resemblance to the antisemitic Protocols of the Elders of Zion.

Eurabia is also discussed in classical anti-Europeanism, a strong influence in the culture of the US and in the notion of American exceptionalism, which sometimes sees Europe on the decline or as a rising rival power, or, as is the case here, both.

According to the Financial Times columnist Simon Kuper, before 9/11, there was almost no talk of Eurabia. He wrote “Few westerners then thought about Islam much. Muslim immigrants were called ‘Asians’ in Britain, ‘Turks’ in Germany and ‘Beurs’ (sons of Arabs) in France. But on 9/11, the west discovered Islam. Suddenly all these groups were lumped together and called ‘Muslims’. Soon the Eurabia books appeared. In them, the Islamic fundamentalist dream of the global umma becomes reality: all Muslims, whatever their origins, Sunni or Shia, doctor and dockworker, are grimly pumping out babies intent on imposing sharia law. To Eurabia thinkers, the few thousand Islamic terrorists represent loads of Muslims, perhaps nearly all Muslims.”

Andrew Brown wrote for the Guardian that once an ideology confined to the kookier corners of the internet, the idea of Eurabia is now visible in the everyday politics of the US, Australia and most of Europe: when Trump tweets about stabbings in London and falsely claims that crime in Germany is “way up”, he is invoking the Eurabian myth, taken as fact on Fox News, that European liberals have surrendered their cities to Muslim criminals. The author also reminded that “since Breivik’s massacre, his own beliefs have only become more widespread. They have spread into the politics of all European countries. In the campaign for the European elections this May (2019), the German far-right party AfD ran posters showing a naked white woman being pawed by dark-skinned men in Arab headgear. One had stuck his fingers in her unresisting mouth. ‘Europeans, vote for AfD, so that Europe will never become Eurabia,’ said the caption.”

To Kuper, Eurabia makes thrilling sense of a complex world. “It’s also a victimisation narrative,” adds Jonathan Laurence, critic of Eurabia and author of The Emancipation of Europe’s Muslims. More seductive still, Eurabia unleashes the most potent political emotion – hostility to other ethnicities – while deliciously claiming that it isn’t racist because it targets a global religion.