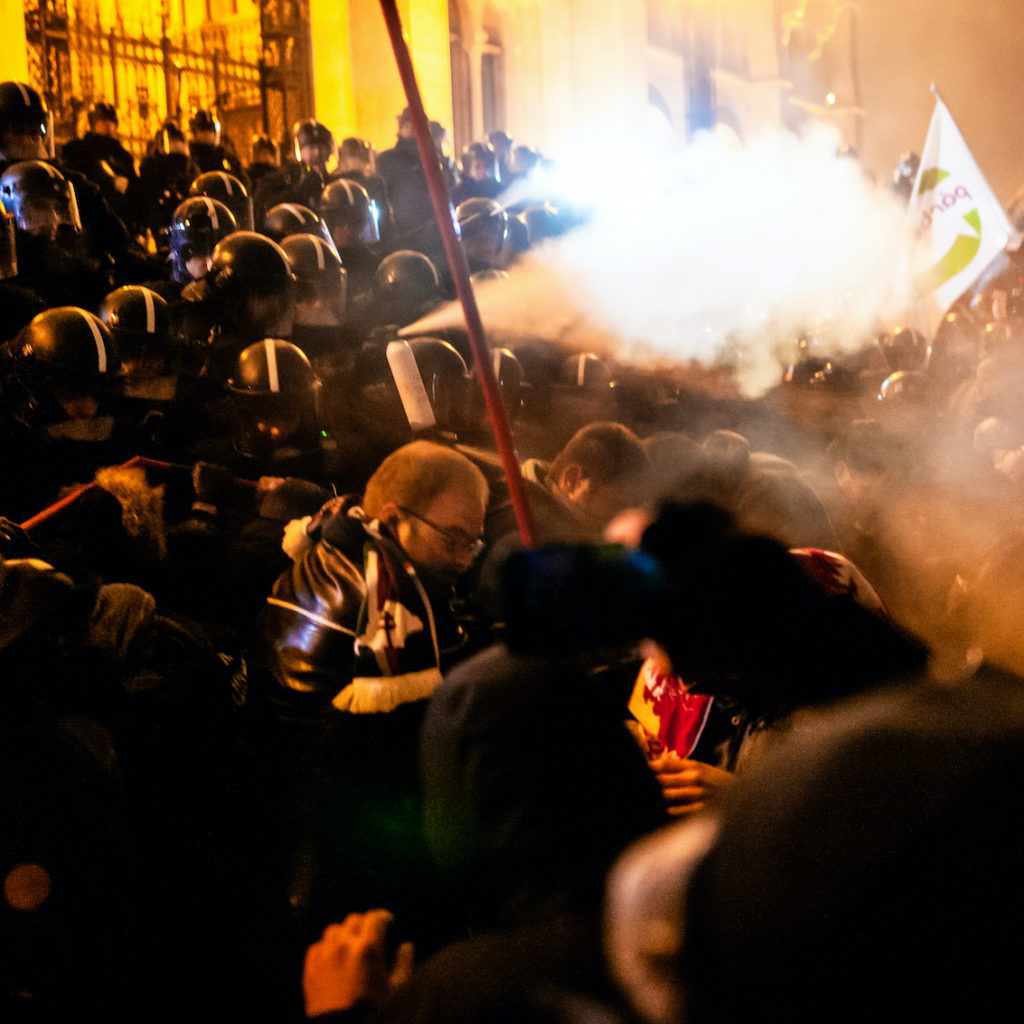 Flawed democracies are nations where elections are fair and free and basic civil liberties are honored but may have issues (e.g. media freedom infringement and minor suppression of political opposition and critics). These nations have significant faults in other democratic aspects, including underdeveloped political culture, low levels of participation in politics, and issues in the functioning of governance.

Flawed democracies with certain defects can also be named as defective democracies. The concept was proposed by the political scientists Wolfgang Merkel, Hans-Jürgen Puhle and Aurel S. Croissant at the beginning of the 21st century to subtilize the usual distinction of totalitarian, authoritarian, and democratic political systems. It is based on the concept of embedded democracies.

In recent years, says Keith Dowding in an article that, largely as a result of the massive and growing body of social choice literature, democratic procedures have been seen as necessarily defective. It has been argued that the institutions of both representative and direct democracy cannot be thought to legitimately reveal the true interests of voters or citizens. In this sense, as Winston Churchill famously suggested, democracy was the worst form of government apart from all the rest.

A populist insurgency has exposed deep flaws in the democratic system. According to Hans-Jürgen Puhle, this is so because most of the defects usually have been due to the weakness and the no-implementation of the norms and rules, and of the guarantees of human and civil rights the authority of which depends on their formal and institutional quality and on the respect within society at large for these formal and institutional mechanisms. The more the institutions either do not exist or do not work or are not respected, and the more the formal processes and institutions are substituted for by informal, clientelistic or populist mechanisms and interactions, the more the democratic guarantees will be eroded and become void, the authority of the rules of the game will be contained, and the defects of democracy will be accumulated.

According to an interview by Ruth Wodak, where right-wing populist parties have actually won the majority of votes (e.g. in Turkey, Poland and Hungary), they have immediately attempted to destabilize salient democratic institutions (in the media, justice and education spheres) and distance themselves from constitutive democratic principles such as the separation of powers, and human rights conventions. Thus, she concludes that right-wing populist parties pose both short-term and long-term threats to democracy.

An IDEA report points that “the number of populist parties in government has never been as high as it is today—nearly doubling over the last 15 years. More than half are located in Europe, while the rest are spread throughout the Americas and Asia. The rise of populist parties, movements and politicians opposing established political elites can be seen as a reaction to the perceived underperformance of democracies and as a sign of crisis among mainstream political parties. However, there is also a more ‘benign’ view of populism, whereby it is seen as contributing to the reinvigoration of democracy by identifying flaws and failures in current democratic systems, placing issues on the public agenda and pushing forward necessary reform. Many populists question the legitimacy of competing political actors and segregate outsiders from ‘the people’. When voted into government, populists often seek to weaken the formal and informal accountability institutions that check executive authority and protect political pluralism. Democratically elected actors challenging and weakening the norms and institutions underpinning liberal democracy thus turns contemporary populism into a complex challenge for democracy.”

“Embedded and Defective Democracies: Where Does Israel Stand?”, Wolfgang Merkel, in: Tamar S. Hermann (ed.): By the People, For the People, Without the People? The Emergence of (Anti)Political Sentiment in Western Democracies and in Israel. Jerusalem: The Israel Democracy Institute: 185-225.