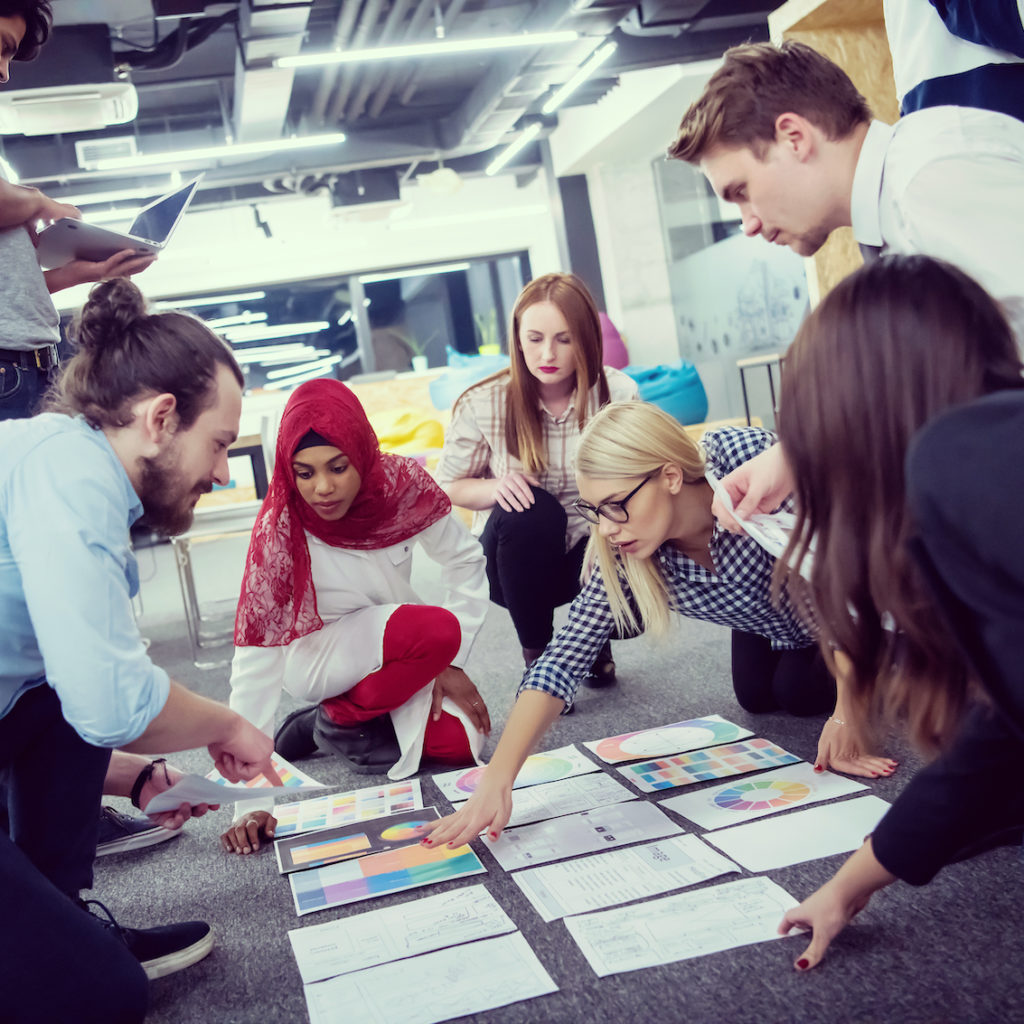 The melting pot theory of multiculturalism assumes that various immigrant groups will tend to “melt together,” abandoning their individual cultures and eventually becoming fully assimilated into the predominant society. In a sense, the melting pot is a monocultural metaphor for a heterogeneous society becoming more homogeneous, the different elements “melting together” with a common culture, or vice versa, for a homogeneous society becoming more heterogeneous through the influx of foreign elements with different cultural backgrounds, possessing the potential to create disharmony within the previous culture.

Historically, it is often used to describe the cultural integration and even assimilation of immigrants into the US. The melting pot theory is often illustrated by the metaphor of a foundry’s smelting pots in which the elements iron and carbon are melted together to create a single, stronger metal—steel. In 1782, French-American immigrant J. Hector St. John de Crevecoeur wrote that in America, “individuals of all nations are melted into a new race of men, whose labors and posterity will one day cause great changes in the world.” The exact term “melting pot” came into general usage in the US after it was used as a metaphor describing a fusion of nationalities, cultures and ethnicities in the 1908 play of the same name.

The melting pot model has been criticized for reducing diversity, causing people to lose their traditions, and for having to be enforced through governmental policy. Therefore, the desirability of assimilation and the melting pot model has been rejected by proponents of multiculturalism, who have suggested alternative metaphors to describe the current American society, such as a mosaic, salad bowl, or kaleidoscope, in which different cultures mix, but remain distinct in some aspects.

The melting pot continues to be used as an assimilation model in vernacular and political discourse along with more inclusive models of assimilation in the academic debates on identity, adaptation and integration of immigrants into various political, social and economic spheres.

Cas Mudde asserts that  from the radical populist right’s perspective, the elite has largely adopted a ‘mondialist’ worldview that aggressively promotes, as Umberto Bossi has put it, ‘the negation of any kind of difference’. For Jean-Marie Le Pen, this new mondialist ideology aims at nothing less than the establishment of a ‘new global order’ based on the right to interfere in the internal affairs of other countries and, with it, the establishment of ‘a totalitarian democracy’ on the ‘ruins’ of the nations and their ‘liberties, traditions, and particularisms’.

According to Mudde, in the Lega Nord’s view, mondialism is based a utopian – and fundamentally racist – ideology that sees humanity inevitably destined for the ‘mixing of cultures’ along the lines of American model of the melting pot. At the same time, it is based on the notion that society is nothing more than an assemblage of ‘residents who at a certain point of time live in a certain space and whose only real social ties consist of those that the various occupants of this territory happen to establish among each other.’ He writes “Mondialism thus not only fundamentally negates the importance of culture and heritage, but also the notion that society’s wealth is largely the result of the hard ‘work and the struggles’ of the earlier generations, which in turn gives certain privileged rights to their descendants. In the Lega Nord’s view, this mondialist ideology was a new racism, aimed at the complete eradication of diversity, identity, and cultural idiosyncrasy as a first step toward the construction of totalitarian, monocultural global village.”

On the other hand, populism often functions itself as a melting pot for an alliance transcending class boundaries, including marginalized lower classes, workers, middle classes and parts of the military. Some varieties of populism yield mass movements guaranteeing membership with clientelist networks and personal loyalties to the populist leader. When such movements are organized, they serve mobilization, but also the social control of their supporters.