What Went Wrong in Turkey?

The volume titled Islamism, Populism, and Turkish Foreign Policy, edited by Burak Bilgehan Ozpek and Bill Park (Routledge, 2019), reveals that Islamism and populism have long united forces in Turkey to mobilize the masses from the periphery to the center to capture the state “by” the support of the people, but neither “for” nor “with” them.

Reviewed by Mustafa Demir
What went wrong in Turkey? This was the question in the minds of the contributors who embarked on the intellectual journey that gave birth to Islamism, Populism, and Turkish Foreign Policy. As an observer of Turkish politics, I welcome this work, not only as a contribution to the literature but also as an effort, concordant with intellectual and scholarly responsibility, to critically contextualize and record another important shift in the life of modern Turkey, one that has been dubbed the “Islamist populist turn” in Turkish history (Yilmaz, 2021).

The book begins with an editorial introduction by Bill Park. He provides a concise contextual background from which the AKP has emerged as a force of democratization and discusses how “a decade and a half later” the AKP has completed its “domination of Turkey’s political life” as an authoritarian regime. Park also explains how the AKP regime masterfully mobilized the “hitherto alienated masses” and captured the secular Turkish state with their help. He highlights how the expected “consolidation of democracy” as an end product of the AKP era has been superseded by the current reality of “centralisation of power, growing authoritarianism… and a purge of all kinds of political opposition.” Park also briefly points out the shift in the country’s foreign policy from a Western-oriented emerging soft power in its region to an aggressive, revisionist actor with worsening relations with the West that reflect the country’s internal shift towards authoritarianism. Following this quick depiction of Turkey’s internal and external picture, Park presents the central question that ties all six articles together: “What went wrong [in Turkey]?”

Burak Bilgehan Ozpek and Nebehat Tanriverdi-Yasar highlight the tension between democracy and secularism in Turkey and explain how the AKP regime has exploited this tension to craft its Islamist populist appeal against the country’s secular establishment. They also discuss how the EU membership process has been instrumentalized/weaponized and used in the marginalization of the Kemalist military and institutions and their depiction as the “internal” enemy of the “real” people of the country. Finally, the authors highlight that all attempts to destroy the Kemalist system are justified in the eyes of the “real” people of the country.

Birol Baskan’s article is also a significant contribution that details the Islamist foreign policy perspective of the AKP. He places the worldview and policies of Turkey’s former foreign minister and prime minister Ahmet Davutoglu under the microscope to lay out what an Islamist foreign policy perspective looks like. Baskan details how a “civilizationist–populism” came to be adopted in forging foreign relations and how — seen through this lens — the world can be reduced to one unified Muslim civilization versus the rest. He also rightly argues that this understanding has shaped “neo-Ottomanism” and informed Turkish foreign policy decisions during the Arab uprisings. Indeed, the author notes how artificially demarcated borders and the impact of the Arab uprisings brought forth a millennial opportunity to remedy historical “problems” to create a culturally, politically, and economically integrated region. This understanding also reflects a major departure from Kemalist foreign policy towards the region.

Another article by Mustafa Serdar Palabiyik focuses on post-2010 Turkey. It looks at how the current regime politicizes history to create populist binaries. Here, the Kemalists and their precursors are portrayed as internal collaborators of the Western powers, “the enemy” of the “real” people in Turkey. In this narrative, Kemalists and their historical precursors are cast as the scapegoats for all the losses and defeats the Porte faced before its demise. This revised history has been crucial in the justification of current foreign policies since the regime and its elite are presented as the vanguard of an Ottoman revival.

Mustafa A. Sezal and Ihsan Sezal’s contribution is a critical attempt to analyze the role of Islamist ideology in the AKP. This chapter explains in detail how Islamism as an ideology has empowered the AKP ruling elite and provided them with “efficient” tools to alienate the Kemalist establishment, coding them as a foreign element and presenting them as an enemy of and threat to the “real” people of the country. This chapter argues that Islamism has been the central dynamic shaping the AKP’s worldview from the outset. The authors contend that Islamism has been the core principle of the AKP and has been applied to both its internal and external relations. However, I think this conclusion does a disservice to many former members of the party—like Reha Camuroglu, Ertugrul Gunay, Yasar Yakis, and many others—who waged a genuinely heroic struggle to democratize the country within AKP ranks during its first two terms (2002–2010). All departed the party following its anti-democratic turn and once its authoritarian tendencies became salient after 2010.

Neatly complementing the Sezals’ discussion, Menderes Cinar’s article highlights the transformation of the AKP from a moderate democratic Islamic party to a more populist party with a civilizationist outlook and growing anti-democratic tendencies and practices. I suggest that Cinar’s article be read alongside that of Mustafa Sezal and Ihsan Sezal. Cinar highlights how “the AKP’s nativist practices have aimed at redefining as a Muslim nation by using a civilizational discourse” (p. 8). He also argues that the AKP’s ideology was “unformed” when it was established, after which the party gradually developed a populist authoritarian character.

However, alternatively, I would suggest that when the party first came to power, it was a rather motley coalition of different segments.  Only gradually did the Islamist partner come to dominate the other parts, either through cooptation or purges. Thus, it would be beneficial to highlight the internal changes within the party that saw it transform within a decade from a coalition of reformist progressive liberals and former Islamists (who claimed they had become “pro-European conservative democrats”) to an anti-Western, revisionist, and populist Islamist political party.

This point of mine is also endorsed by Park in the introduction. Park says that none of the contributions “in this volume draw attention to the change in the AKP after it assumed power” (p. 5). However, I think this point requires further attention because overlooking transformation within political parties is not specific to the chapters in this volume. It is an understudied topic in Turkey and the AKP era overall. And it requires further research to produce a more complete and nuanced view of the topic.

Turkish academia has long assumed that political parties are “fixed units” that carry certain ideologies. This oversight is a real problem not only for Turkey in the AKP era but in general. For example, without discussing the transformation within the CHP over time, it would be difficult to properly understand the party’s shifting foreign and domestic/security policies towards ethnic and religious minorities and practicing Muslims. It would also do a disservice to the reformist, progressive liberals—like Canan Kaftancioglu, Sezgin Tanrikulu, Ahmet Unal Cevikoz, and many others—who have been championing progressive reformist politics within the party’s ranks in recent years.

The final chapter has been written by Mustafa Kutlay and Huseyin Emrah Karaoguz. It focuses on the economic aspects of recent AKP rule. Although the article seems to stay out of the frame of Islamism and populism, it provides an important account of the lack of “bureaucratic autonomy” in Turkey and an important discussion of the political economy of Turkey’s populist present. Here, the arbitrary authoritarian interference by political forces in the economic sphere (mirroring political interference in civil spheres) is seen as the central driver of Turkey’s recent economic turmoil. The authors contend that this interference—especially in the allocation of funds and resources— “in the formulation and implementation of R&D policies” stems mainly from the regime’s “populist motivations” (p. 123).

Islamism has long served as a sub-strata political ideology in Turkey. Attempts to surface it were retarded by secular state forces up until the end of the 20th century (for further details, see Cizre and Cinar, 2003). However, managed to find a crack in the surface, rising to inundate and subsume the socio-political spectrum in Turkey in the last decade.

By addressing Islamism and populism, the edited volume offers an account of the rise of authoritarianism in Turkey as well. However, instead of dealing with these two terms as separate phenomena, it would have been beneficial to underline the interconnectedness of the authoritarian turn and the rise of Islamist populism under the AKP regime in Turkey. Certainly, some of the articles discuss these notions together. However, given the conceptual discussion on the links between Islamism and populism is relatively shallow, it would have helped to provide a stronger theoretical frame to structure the chapters.

In general, this book reveals that Islamism and populism have been constants in modern Turkey and have been deployed to bring the masses from the periphery to the center (Mardin, 1973) and capture the state and its institutions “by” mobilizing the support of the people, albeit neither “for” nor “with” them. However, neither in the book nor in my observations of Turkish politics in general—and the AKP era in particular—is it clear whether the Turkish populists have combined their “thin-centered” populist ideology with Islamism or if the Islamists in Turkey have used populism as a vehicle and strategy to “conquer” the secular state. This seems to be the “chicken and egg” question of scholarship on populism —namely, whether it best understood as an ideology (Mudde, 2004) or a strategy (Barr, 2009; Moffit, 2017). 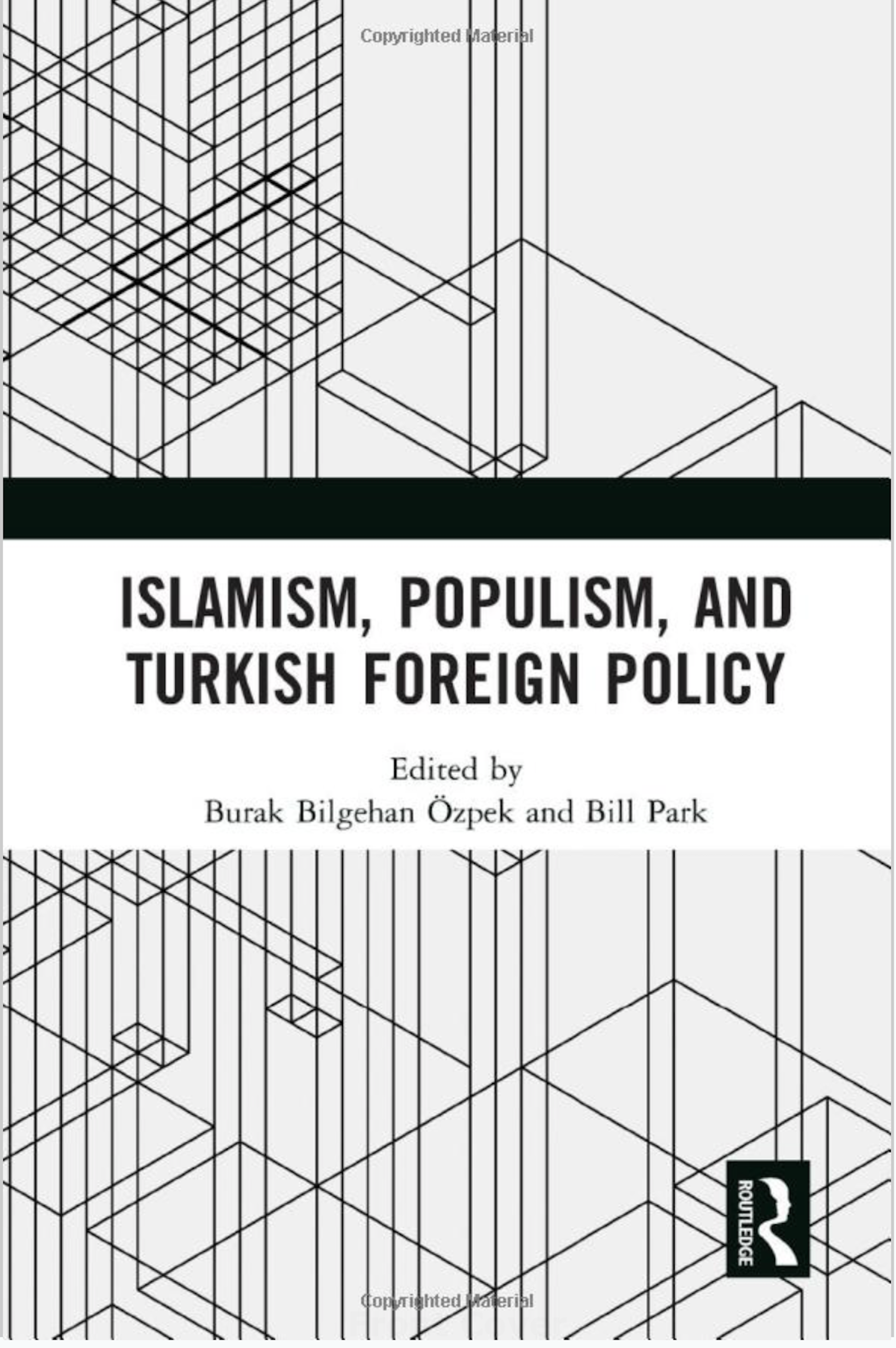