This talk will explore the wide range of musical genres and styles used in populist and particularly far-right propaganda in European context. From feel-good folk songs appealing to young people in Germany to nationalist mehter band music in Turkey and “identity rock” and political chants in Italy, musical forms that appeal to a sense of belonging, heritage, and ressentiment are especially powerful when they hook into embodied cultural associations. Dr Heidi Hart will illustrate the phenomenon of “entrainment” or rhythmic synchronization between body and sound, as well as culturally dependent forms of sonic association that take on new ideological meanings in a world veering toward authoritarianism. Because music can reach the body more directly than text by itself, it is an effective tool for manipulation, especially among young people who are still forming a sense of purpose and identity.

Dr Heidi Hart is an arts researcher based in Denmark and in North Carolina, US. She holds an MFA from Sarah Lawrence College and a Ph.D. in German Studies from Duke University (2016). Her research focus ranges from ideology in words and music to sound and music in environmental art. She has published monographs on Hanns Eisler’s activist art songs and on music in climate-crisis narrative, as well as numerous articles on sound in environmental art, film, and literature. Her book Climate Thanatology was published in August 2022. Dr Hart serves as an Art and Humanities Research Fellow at SixtyEight Art Institute in Copenhagen and as a Non-resident Senior Research Fellow in the Environment & Climate sector of the European Center for Populism Studies. In 2022-23 she will complete the research project, “Instruments of Repair,” with Crawford Foundation funding through the Centre for Intermedial and Multimodal Studies, Linnaeus University, Sweden.

Celia Miray Yesil is a master’s student of International Political Economy at Warwick University. Her undergraduate degree was in European Politics at King’s College London, where she studied the historical background of Europe in the global context. Miray is interested in the impact of far-right populism on foreign policy, the political language of populist leaders, and its political economy. 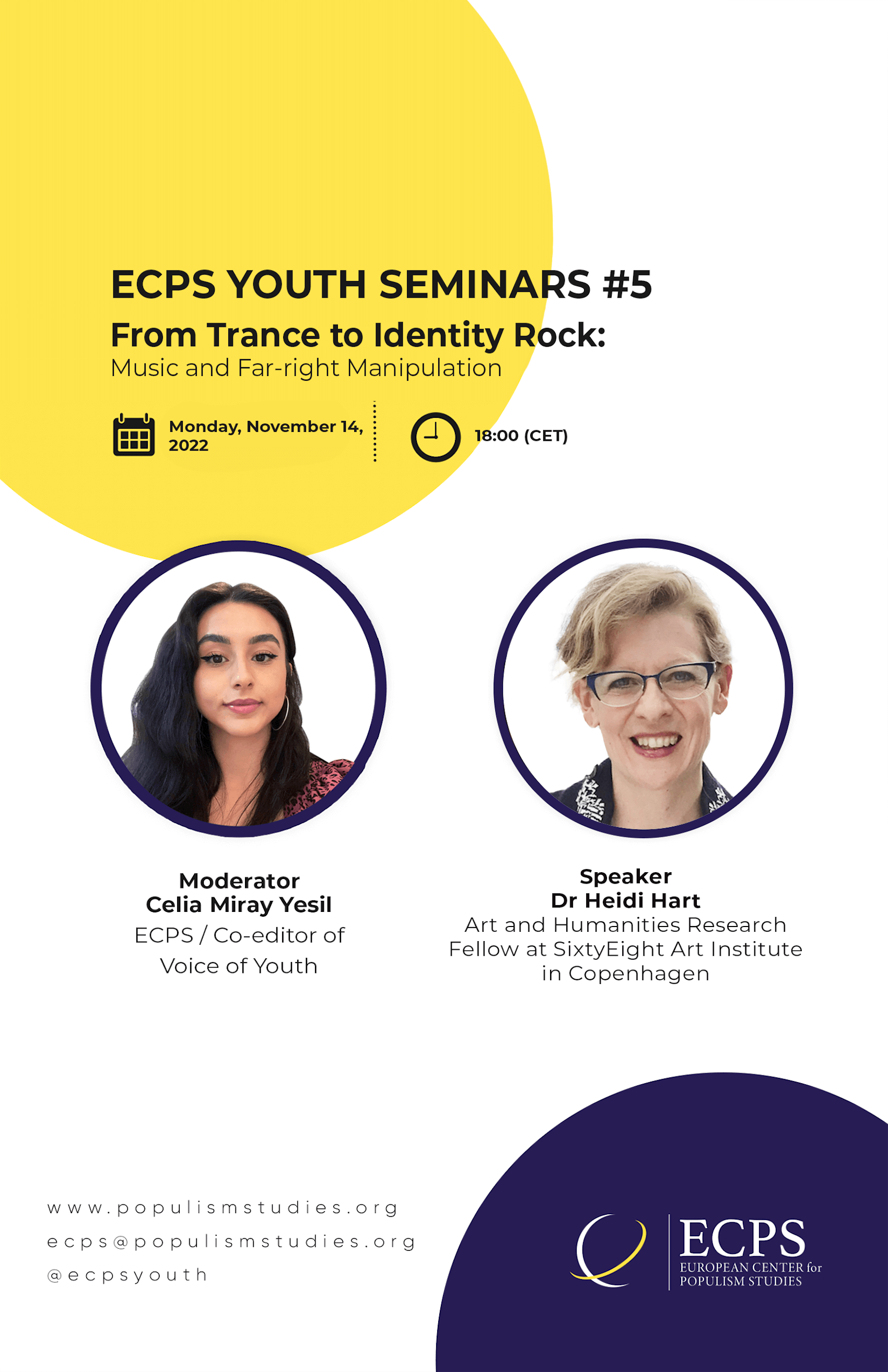