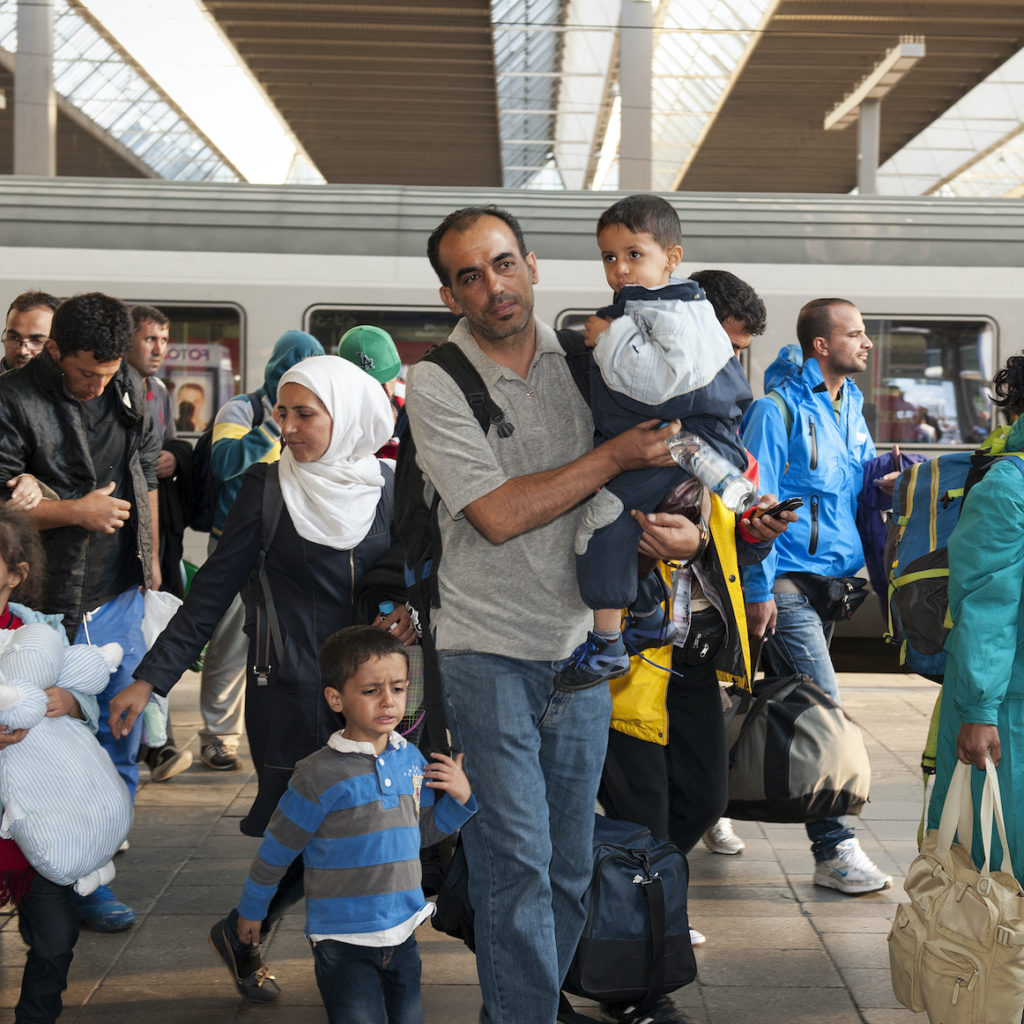 Welfare chauvinists in western countries consider immigration to be a drain on societal scarce resources.

Welfare chauvinism (welfare state nationalism) is a term used for the political notion that welfare benefits should be restricted to certain groups, particularly to the natives of a country as opposed to immigrants. Welfare chauvinism, according to an article by Laurenz Ennser-Jedenastik, is a political view that promotes nativism as the main organizing principle of social policy: Welfare beneﬁts should be directed primarily towards members of the native in-group, as delineated by citizenship, ethnicity, race or religion. By contrast, members of the non-native out-group should receive limited social support, if any. Welfare chauvinism thus cuts across the left–right dimension by combining a leftist welfare stance towards natives with a rightist position as far as non-natives are concerned.

Welfare chauvinism also denotes, according to another article by Ennser-Jedenastik, the application of nativist principles to social policy. In other words, it combines a leftist social policy position regarding natives with a rightist social policy position regarding nonnatives. “Yet” says Ennser-Jedenastik “not all areas of the welfare state are equally susceptible to welfare chauvinistic mobilization by political actors. It is used as an argumentation strategy by right-wing populist parties, which describes a rhetorical connection between the problems of the welfare state and, in essence, immigration, but also other social groups such as welfare recipients and the unemployed. The focus is placed on categorizing state residents in two extremes: the ‘nourishing’ and ‘debilitating’ and the contradiction between them in the competition for the society’s scarce resources.”

The term welfare chauvinism was first used in social science in a 1990 paper by Jørgen Goul Andersen and Tor Bjørklund. They argued in their article that “In Norway, the Progress Party gains strong support in areas with a fairly high concentration of immigrants. In spite of such contradictory tendencies, we think that ‘welfare state chauvinism’ – the welfare services should be restricted to ‘our own’ – is a more appropriate headline for support to the Progress parties than ‘racism’ or ‘prejudice’. This same welfare state chauvinism is strong when it comes to aid to developing countries – an area where Nordic standards are far higher than in most other rich European countries, and the Progress parties are the only parties which consistently oppose economic aid.”

According to an article collectively written by Boris Heizmann, Alexander Jedinger and Anja Perry, welfare chauvinism relates to a fundamental tension between immigration and the welfare state. They urged “The current migration developments in the European context and the fears voiced by some that asylum seeking is a net burden on the welfare state increase the salience of this tension. However, given the mechanisms of deservingness, it was not clear from the outset whether this migration due to humanitarian crises leads to more or to less welfare chauvinism.”

“Welfare chauvinism represents one end of the spectrum,” said the authors and added  “simultaneously the label usually assigned for a more restrictionist view: Welfare state access should remain in the hands of the native citizen population, in the extreme definition restricted to persons not only having the citizenship of said nation state, but also having further ancestry within that state.” Some excerpts from the article will be helpful to better comprehend welfare chauvinism:

“Welfare chauvinism emerged as a field of inquiry at the intersection between social policy research, voting behavior and research on attitudes towards immigration. Originally, the concept was introduced to make sense of the growing electoral success of right-wing populist parties in Europe who combine anti-immigration stances with pro-welfare policies. Welfare chauvinism is defined as the view that ‘the welfare state is a system of social protection for those who belong to the ethnically defined community and who have contributed to it’.

“A core assumption underlying welfare chauvinism is the belief that immigrants are ‘free-riders’ who receive social benefits without having contributed adequately to this publicly funded club good. The tendency to differentiate social rights according to nationality and ethnicity has been demonstrated in several survey experiments. At the one end, we find the position that immigrants should have unrestricted access to welfare benefit schemes. Another position conditions social benefits on previous contributions to the welfare system, which typically means working and paying taxes. A third position draws the line between legitimate and illegitimate welfare beneficiaries on the basis of citizenship. Finally, at the extreme end of the continuum, access to the welfare systems is restricted to members of the ethnic in-group.

“This concept can thus be related to other types of exclusionary policy preferences, such as immigration policy attitudes… Inclusionist views are most often found in Denmark, Norway, Sweden, and Switzerland. By contrast, support for a complete exclusion is highest in Cyprus, Greece, Latvia, and the Czech Republic.

“Attempts to explain why people hold various degrees of welfare chauvinistic attitudes have largely drawn on realistic group conflict and ethnic competition theory. According to these theories, conflicts between natives and immigrants arise from actual or even perceived competition for scarce and valuable resources such as jobs, affordable housing and transfer payments. Distributional conflicts are perceived as zero-sum games in which one group wins at the expense of another group. This is reflected in a preference for the exclusion of immigrants from the welfare system.

“A central implication of the theory is that those who hold socio-economic positions similar to those of immigrants feel most threatened because they compete for the same material resources. Because immigrants tend to be less well educated and disproportionately dependent on transfer payments, natives with a lower socioeconomic status are more likely to adopt welfare chauvinistic attitudes. Consistent with the competition hypothesis, past research has demonstrated that strict forms of welfare chauvinism are closely related to low education, income, occupational status and perceived economic insecurity.”

In the description of society and the problems of the welfare state, populists, especially right-wing populists and welfare chauvinists, use a line of argument based on two extremes in which citizens are divided into ‘nourishing’ and ‘debilitating’ groups. The nourishing group consists of those who are a part of society’s welfare and the country’s prosperity: community builders; ‘the people’; the ordinary honest working man. The second group as standing outside of ‘the people’ are the debilitating group, believed to be promoting or utilizing welfare without adding any value to society. The debilitating group consists of bureaucrats, academics, immigrants, the unemployed, welfare recipients and others. As such, welfare is seen as a system with embedded exclusion mechanisms.

According to welfare chauvinists, the safety net of the welfare state is for those whom they believe belong in the community. By the right-wing populist standard, affiliations with society are based in national, cultural and ethnic or racial aspects. Considered to be included in the category are those that are regarded as nourishing. The debilitating group (primarily immigrants) is considered to be outside of society and to be unjustly utilizing the welfare system. In essence, welfare chauvinists consider immigration to be a drain on societal scarce resources. They believe these resources should be used for the ethnically homogeneous native population. The same principle of argument is transferred to the labor market; where the competition for jobs is made out to be an ethnic conflict between immigrants and the native population. In times of high unemployment this rhetorical coupling amplifies and enhances the legitimacy of the welfare chauvinist and other xenophobic arguments.