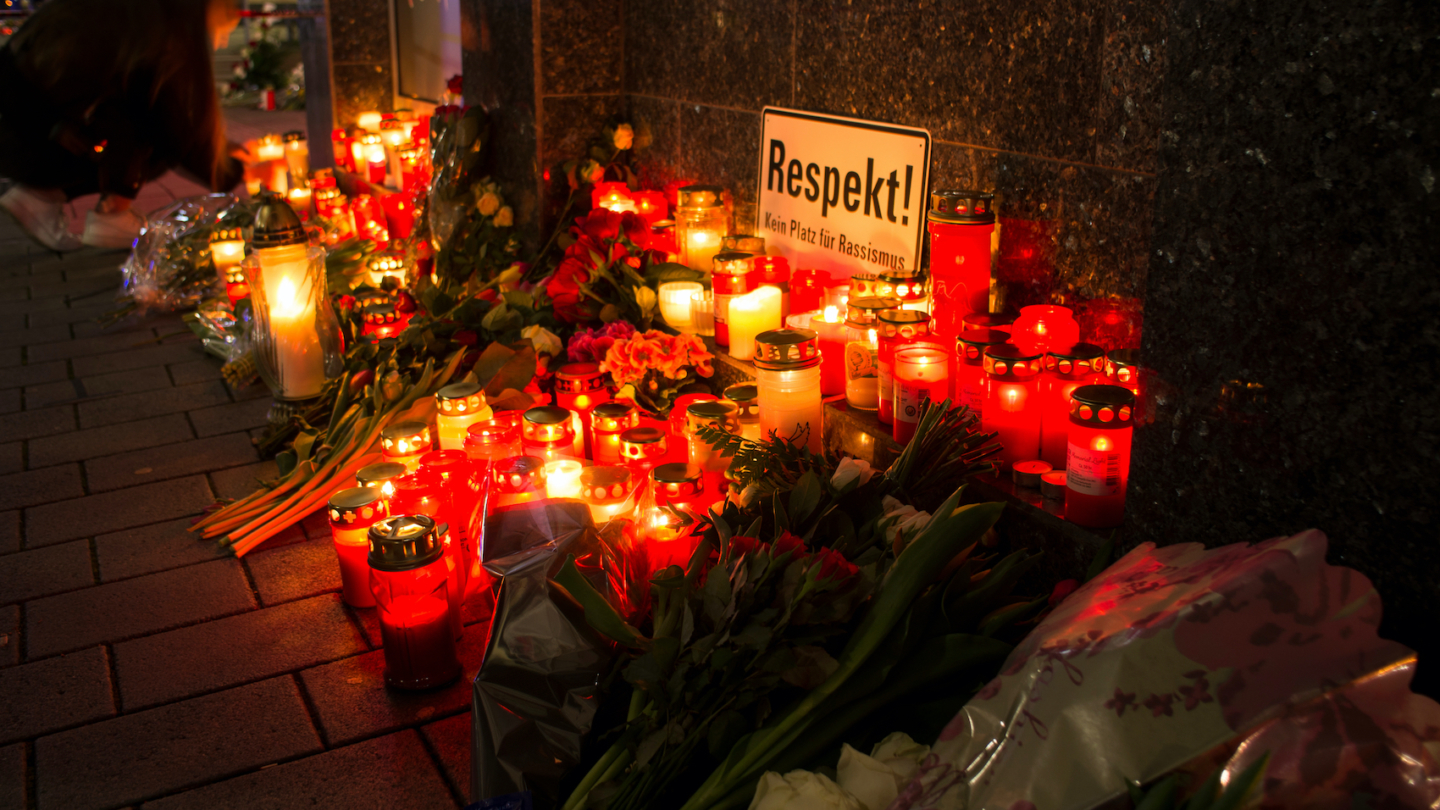 Right-wing extremism increased in Germany in 2019, the country’s domestic intelligence agency has reported, with over 32,000 extremists identified. The report also found that more suspects are prepared to use violence.

According to a news article published by Deutsche Welle (DW) on July 9, 2020, in Berlin, Interior Minister Horst Seehofer and the head of Germany’s Office for the Protection of the Constitution (BfV) Thomas Haldenwang presented the organization’s most recent findings, which showed that right-wing extremism in Germany sharply increased last year. “Right-wing extremism poses the biggest threat to security in Germany,” the country’s interior minister said at the presentation of the 2019 report by Germany’s domestic intelligence agency.

The report underlined that the BfV identified 32,080 right-wing extremists in Germany in 2019, up from 24,100 the year before. The BfV classified 13,000 of these cases as prepared to use violence, 300 more than in 2018. Right-wing extremism, racism and anti-Semitism continue to increase in Germany, Seehofer said. “These areas are the biggest threat to security in Germany,” he added. Seehofer also pointed to government action in 2019, saying no other government in Germany had done so much to fight far-right extremism.

Several extreme far-right organizations were banned in 2020 for views or activities deemed anti-constitutional. For the first time last year, the BfV report also reviewed the activities and member of the radical “Flügel”, or Wing, faction of Germany’s far-right Alternative for Germany (AfD) party.

The controversial faction officially disbanded earlier this year after the BfV put the group under surveillance. But the agency estimates there remains a membership of around 7,000 individuals, some 20 percent of the AfD. This accounts for a significant share of the increase in right-wing extremists recorded by the BfV in 2019.

“Racism and anti-Semitism emerge to a very considerable degree out of right-wing extremism,” Seehofer said. “Over 90percent of anti-Semitic incidents can be traced back to right-wing extremism. And therefore it is not an exaggeration to say this is the biggest security policy concern in our country.” Interior Minister Horst Seehofer said a rise in criminal offences by far-right oriented individuals against foreigners and Muslims had also risen. “We have to remain vigilant and ready to act,” said Seehofer.

Thomas Haldenwang, head of the BfV domestic security agency, said antisemitic crime rose by 17 percent and 94percent of the offences raging from bodily harm to verbal abuse and antisemitic propaganda were carried out by far-right sympathisers. The report also found that criminal offences committed by far-left sympathisers had risen to 6,400, an increase of 40 percent. This included two attempted murders and 355 bodily harm .

Chancellor Angela Merkel’s government was forced to act in 2019 on right-wing political violence after the killing of a pro-immigration politician and an attack on a synagogue and a kebab shop by an antisemitic gunman, which left two dead. The government imposed tougher rules on gun ownership and stricter monitoring of hate speech online, responding to a rise in hate crime.

Germany was also shaken by the killing in February 2020 of eight women and a man with foreign background in a shooting spree at Shisha bars in the western city of Hanau by a gunman espousing conspiracy theories and deeply racist views. The killings will appear in 2020’s report. 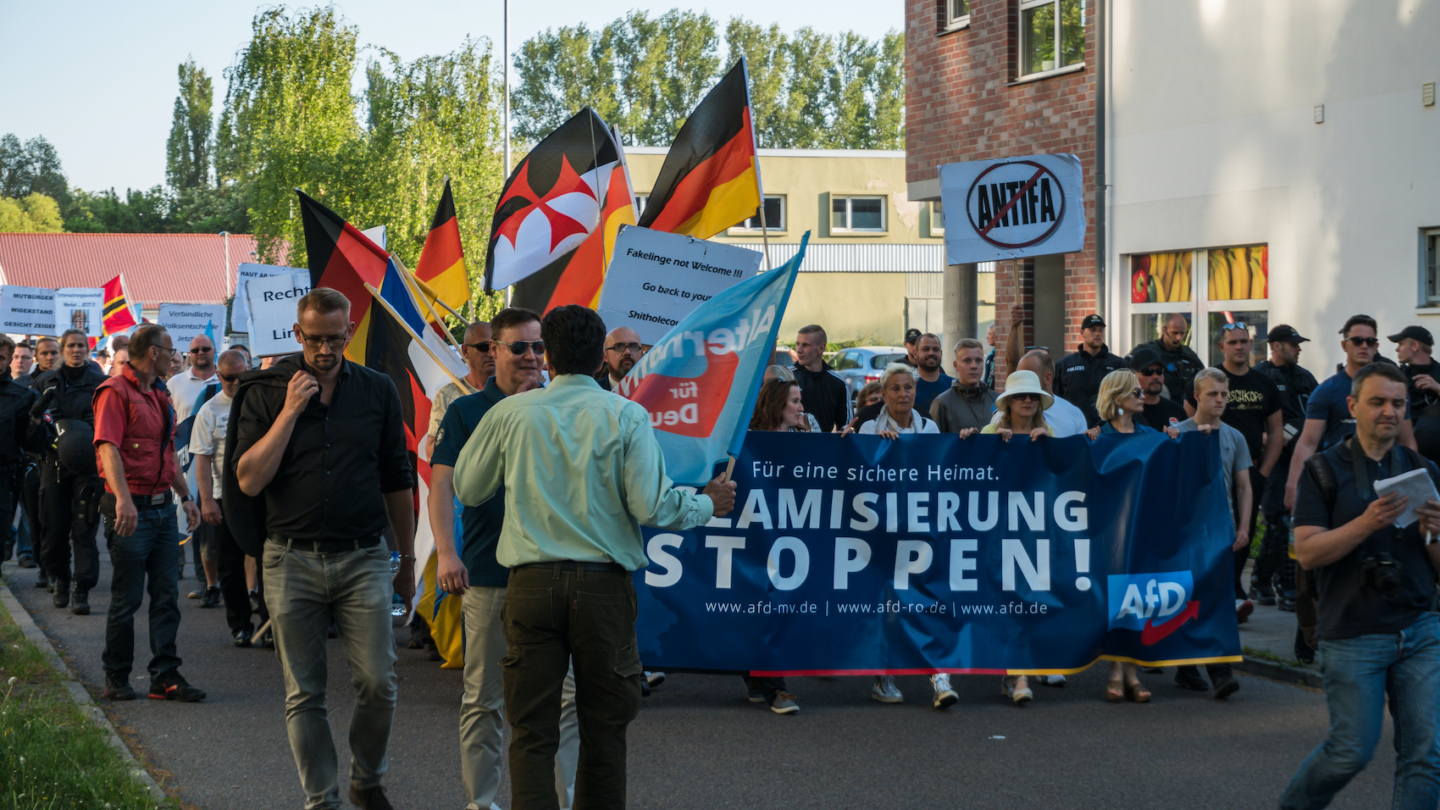 Germany’s populist far-right Alternative for Germany (AfD) party fired an official on September 28, 2020 who had been caught on a hidden camera discussing gassing refugees.

According to a news article by Reuters’ Thomas Escritt, in footage, recorded secretly by ProSieben television in February2020, Christian Lueth, then a party spokesman, was filmed in a Berlin cafe talking to someone he believed to be a sympathiser about the challenges the AfD faced.

Asked if the AfD wanted to see more immigrants, he replied: “Yes.” “Because then things go better for the AfD. We can still shoot them all afterwards,” he said. “Or gas them, whichever you like. I don’t care either way!”

Die Zeit newspaper said it was shown the footage, which it said was filmed by Lisa Licentia, a right-wing YouTube personality who had decided to leave the far-right scene. Die Zeit said nothing indicated Lueth was joking.

German media reported that Lueth was dismissed as an employee of the party’s parliamentary group. Lueth was already suspended from his position as party spokesman in April, over an email in which he wrote that the word “fascist” was overused.

The AfD entered Germany’s parliament in an election in 2017 and is now the largest party opposing Angela Merkel’s government, a right-left grand coalition. The far right party has been monitored by the security services, and other parties consider it beyond the pale. AfD officials strongly deny that it has links to neo-Nazi groups.

Concern is growing in Germany that potentially violent anti-immigrant nationalists may be gaining footholds in the uniformed services – a matter of huge sensitivity in a country still acutely aware of the World War Two genocide of millions of Jews and others by Hitler’s Nazis.

German prosecutors investigated in July 2020 a retired police officer suspected of sending threatening emails, signed with the name of a gang of neo-Nazi killers, to prominent figures of immigrant background. The man and his wife were detained but then released while police searched seized computer storage devices.

The emails, including some sent to legislators of Turkish background, were signed “NSU 2.0”, a reference to the “National Socialist Underground” neo-Nazi gang, which murdered 10 people, mainly immigrants, between 2000 and 2007.

“The suspects, a former Bavarian police officer, 63, and his wife, 55, had previously come to the attention of police in connection with racially motivated crimes,” prosecutors in the city of Frankfurt said. “They are suspected of having sent emails with offensive, inflammatory and threatening contents to legislators and others.”

The interior minister of the state of Hesse said in early July 2020 he was aware of 69 such emails. One of the recipients was Aiman Mazyek, chair of the Central Council of Muslims, who published the text on Twitter: “Heil Hitler. Yours, NSU 2.0”. 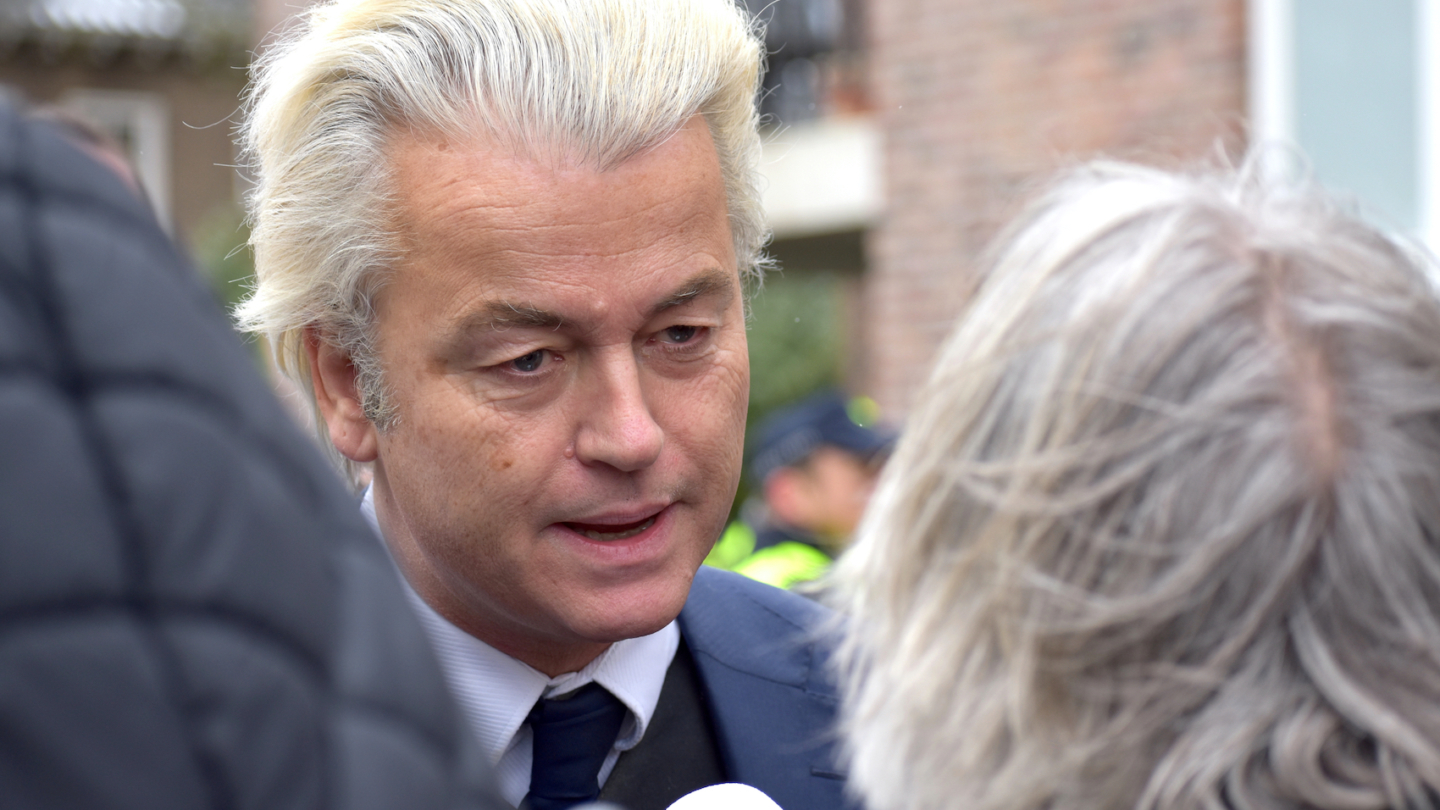 Dutch politician Geert Wilders was acquitted by an appeals court on September 4, 2020 of discrimination, in a partial legal victory for the far-right populist who leads the opposition in parliament and who is known for his anti-Islam rhetoric.

According to a news article written by Reuters’ Toby Sterling and Anthony Deutsch, the panel agreed with a lower court ruling from 2016 that dismissed the separate offense of inciting hatred and rejected a prosecution request that Wilders pay a fine of 5,000 euros ($5,900). However, it upheld his conviction for intentionally insulting Moroccans as a group.

Wilders is one of Europe’s most prominent far-right leaders and is polling in second place ahead of March elections. He has been a key figure in shaping the immigration debate in the Netherlands over the past decade, although he has never been in government.

“The court considers it proven that Wilders is guilty of group insult on March 19, 2014. The court will not impose any punishment or measure on him for this,” presiding judge J.M. Reinking said. “He is acquitted of the other facts.”

Moreover, in 2016 he was convicted of insulting a group and inciting discrimination. But the 56-year-old anti-Islam politician called the case a political show-trial and challenged the verdicts. He argued his comments should be protected by his right to freedom of speech.

Wilders, who has lived under constant police protection for more than a decade due to death threats, has “already paid a high price for years for expressing his opinion”, the presiding judge said. “The court cleared Wilders of ‘incitement to hatred or discrimination’ because Wilders’ intent was not aimed at encouraging his audience to do so,” the judges found.

Wilders, 56, said he would appeal the charge of ‘insulting a group’ for which he was convicted. “Of course we will appeal and we will go to the Supreme Court because the verdict and the guilty sentence are ridiculous.” “I’m very happy on the other hand that I was found innocent when it comes to charges of incitement of discrimination and hatred,“ he told journalists at the court.

Wilders, whose Freedom Party has at times topped national opinion polls, had argued he did nothing wrong, and merely expressed openly what many Dutch people think. He was convicted in 2016 of inciting discrimination at a campaign rally two years earlier, when he led supporters in asking whether they wanted more or fewer Moroccans in the country. “Fewer! Fewer! Fewer!” his supporters chanted. “We’re going to take care of that,” Wilders said, smiling.

The judges in both the first trial and the appeal said Wilders had planned the remarks ahead of time, knowing they would be inflammatory and insulting to the 400,000 people of Moroccan heritage in the Netherlands. At the original trial in 2016, prosecutors took testimony from Dutch-Moroccans who said Wilders’ comments made them feel like “third-rate citizens”.

Wilders said on Twitter ahead of the verdict that his appeals trial would decide if the Netherlands had “become a corrupt banana republic where the leader of the opposition is sentenced in a political trial.” He said the judgment was being handed down at a heavily secured court near Schiphol airport “while Moroccans who set our cities on fire usually get away with it and never see the inside of a court.”

Wilders was previously prosecuted in 2011, over anti-Islam comments such as comparing the religion to Nazism and calling for a ban on the Koran. He was acquitted and the case was widely seen as giving the populist leader a publicity boost.