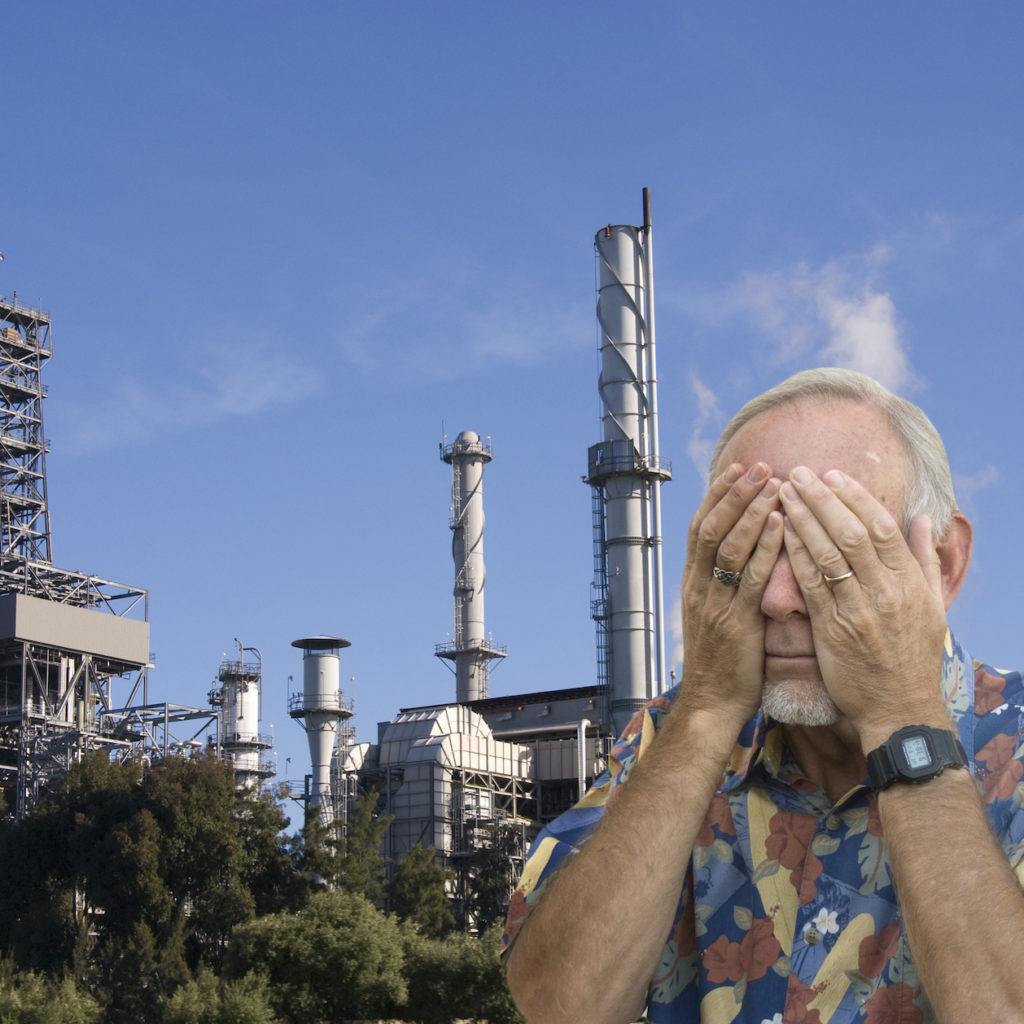 The campaign to undermine public trust in climate science has been described as a ‘denial machine’ organized by industrial, political and ideological interests, and supported by conservative media and skeptical bloggers to manufacture uncertainty about global warming. The politics of global warming have been affected by climate change denial and the political global warming controversy, undermining the efforts to act on climate change or adapting to the warming climate. Those promoting denial commonly use rhetorical tactics to give the appearance of a scientific controversy where there is none.

Organized campaigning to undermine public trust in climate science is associated with conservative economic policies and backed by industrial interests opposed to the regulation of CO2 emissions. It has been suggested that climate change can conflict with a nationalistic view because it is ‘unsolvable’ at the national level and requires collective action between nations or between local communities, and that therefore populist nationalism tends to reject the science of climate change.

Moreover, according to an article by Kirsti M. Jylhä and  Kahl Hellmer, research has shown that individuals who support right-wing populist parties tend to deny climate change to a higher degree than individuals supporting established parties. “However,” say the authors “populism combines different views, and from the current state of knowledge it is unclear if these views uniquely correlate with climate change denial. Importantly, both populist discourses and rejection of climate science tend to include anti-establishment arguments, but it has been questioned if the true motivation behind them indeed lies in anti-establishmentarianism.”

Since entering Germany’s parliament two years ago on an anti-Muslim and anti-immigration manifesto, the populist far-right party Alternative for Germany (AfD) has embraced climate science denial as a campaign strategy, according to an article by Mat Hope. “Its election manifesto denies human-induced climate change and erroneously claims that rising levels of carbon dioxide in the atmosphere has meant ‘world food harvests have increased significantly,” says Hope and adds that “Likewise, Belgium’s People’s Party rejects climate action as a ‘collective hysteria’. Netherlands’ Party for Freedom argues that there is no independent evidence that humans cause climate change and slams the work of the UN’s Intergovernmental Panel on Climate Change (UNIPCC) as unable to prove that relationship. And Austria’s far-right Freedom Party sees climate change as a globalist threat.”

According to an article by Beth Gardiner, as its refugee crisis recedes, Europe’s increasingly powerful nationalist and populist parties have found a new cause — attacking what they view as elitist hysteria over climate change. Gardiner also notes that the populists argue that international climate agreements are “driven by a liberal cosmopolitan agenda, that they harm the little man, that it’s a new kind of religion with Greta Thunberg as the new pope. The populists can lament the loss of sovereignty,” they perceive in multilateral cooperation.

Right-wing populists now hold a quarter of seats in the European Parliament and are part of governing coalitions in eight European countries, an analysis by the Berlin-based climate think tank Adelphi found. Given their numbers, populists’ votes within legislatures are less consequential than the gravitational pull they exert over mainstream conservatives. According to Gardiner’s article, the main power of these [far-right] parties is to drag the center more towards their position. And for Europe that could mean a softening of emissions-reduction targets and a weakening of the continent’s push for more renewable energy. Right-wing populism’s European rise is just one strand of a global story. From Donald Trump to Brazil’s President Jair Bolsonaro, populists are channeling a potent brew of nationalism and conspiracy theorizing to push back against global cooperation on climate.

Krämer, Benjamin & Klingler, Magdalena (in Vorb.). A bad political climate for climate research and trouble for gender studies: Right-wing populism as a challenge to science communication. In Krämer, Ben- jamin & Holtz-Bacha, Christina (Hrsg.), Perspectives on populism and the media. Avenues for re- search. Baden-Baden: Nomos.